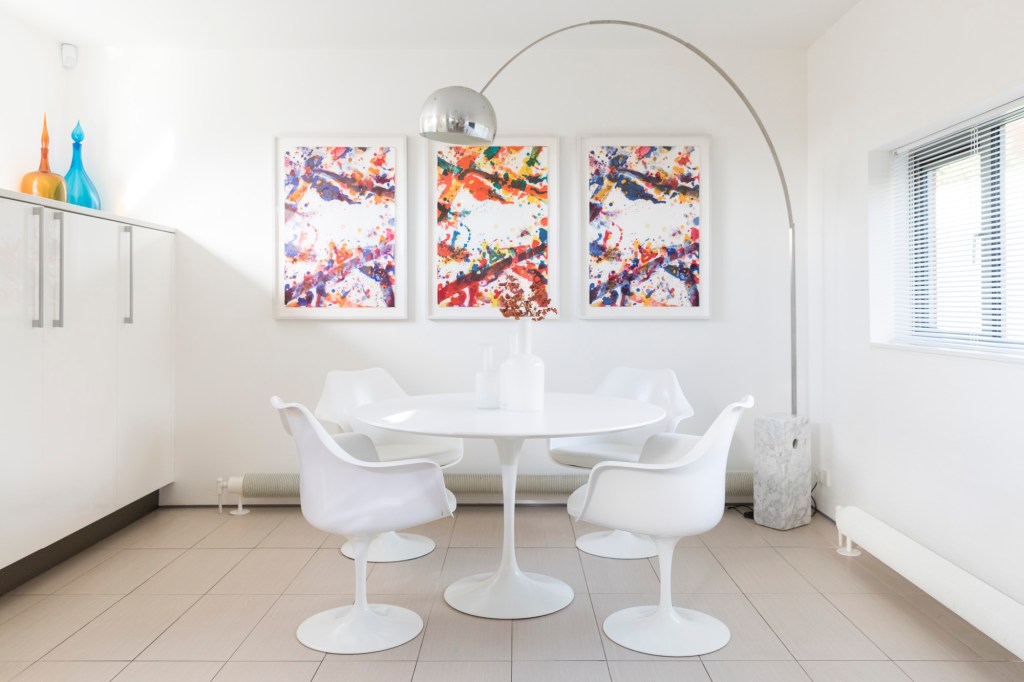 During his spell as design director at Land Rover, which began in 2004, Gerry McGovern has reinvented a car marque once renowned for sheer grunt and practicality but also its boxy, military aesthetics.

His philosophy is that form must be given equal precedence to function (“Here at Land Rover, design is equal to engineering,” as he puts it): hence the svelte silhouettes the brand produces today. All of which is why we surmised that McGovern may have a rich array of theme-friendly collectibles to tell us about. We weren’t wrong… 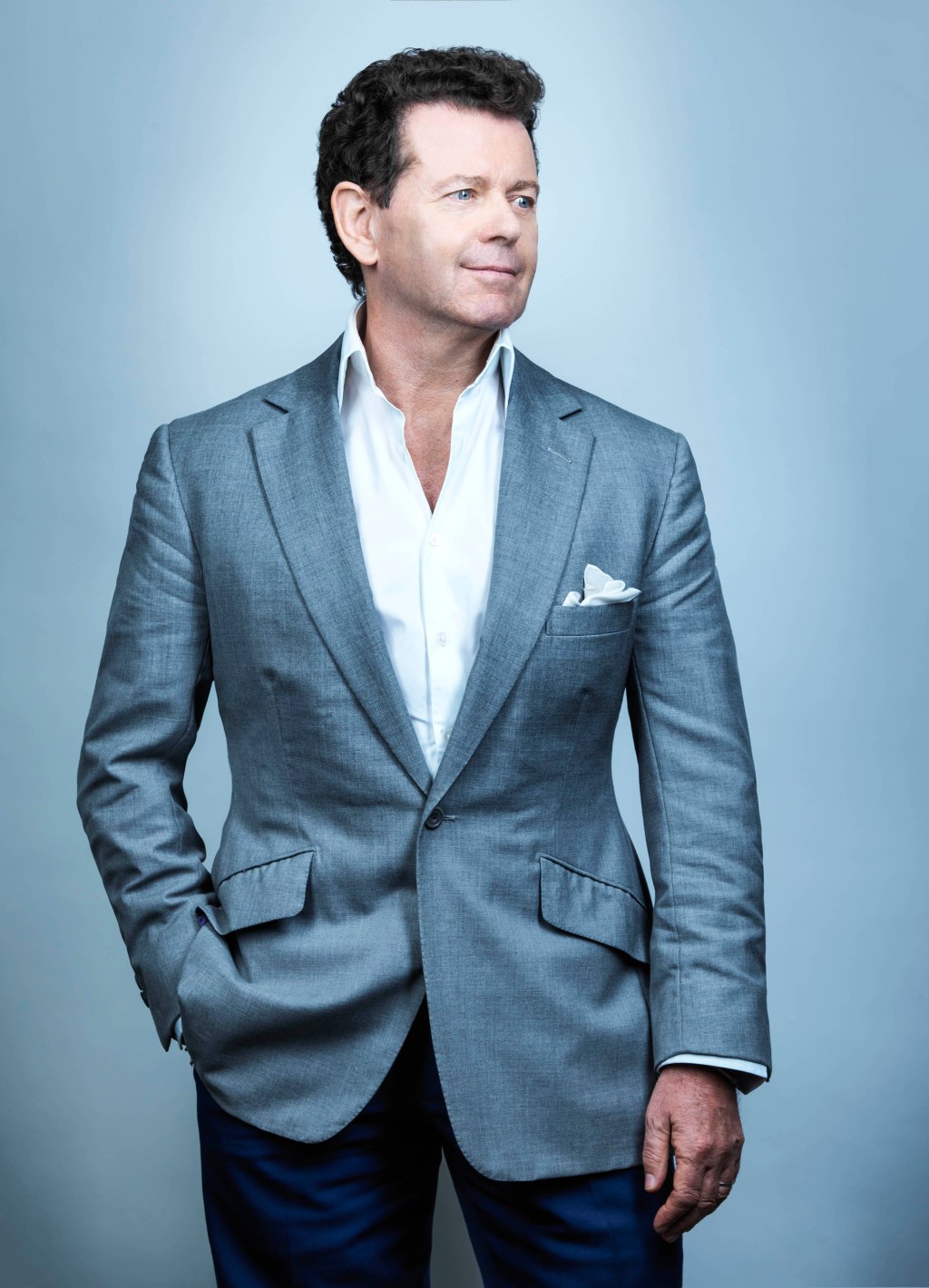 Modern romance
The sense of the new was something that really appealed to me from a very early age. I grew up in Coventry, which had been bombed very heavily during the war, and then rebuilt, so I grew up surrounded by all these modern buildings, which is how my interest in modernism began. I remember going to this Wimpy – they did these horrible burgers, which I thought were fantastic at the time – and sitting in there looking out of the window and thinking I was on a spaceship. There wasn’t as much money back then, but there was a sense of optimism.

A golden age of car design
I love the period in automotive history that I like to call The Style Wars when General Motors, Chrysler and Ford were all fighting for their market share. They did fantastic forms – by today’s standards, they’d be totally illegal, but that’s another story. I think my favourite is probably the ’61 Lincoln Continental, with the centre-opening doors and the very clean body side section, because to me, that talked to modernity. I’ve got a great Joe Sherman photograph of a Lincoln dealership – a beautiful mid-century building with big glass sides – and you’ve got this woman walking towards one of the Lincolns, looking very Jackie Kennedy, very elegant. And I like ’59 Cadillac Eldorado for its audaciousness.

Retro-wristwear
There aren’t that many of what I would call truly modern-looking watches. My favourites tend to have very distinctive designs – most of all, the Nautilus by Gerald Genta, the [Patek Philippe] 5711. I’ve just ordered a Nautilus Time Travel, which is a chronograph. It’s more detailed, but it’s just a great watch. With Audemars Piguet, it would be the Royal Oak design, which is also by Gerald Genta. I’ve actually got it in rose gold, which is a little bit showy, but I just love it. And I still love Rolexes, [especially] the Daytons. And I really like the new Zenith that’s just come out, which is the Defy. 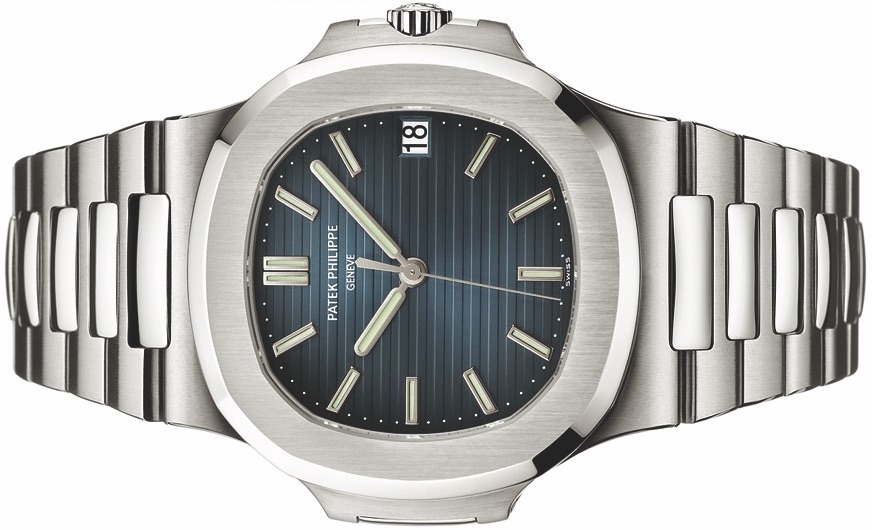 Regards for The Row
You still have the best tailors on Savile Row – Henry Poole, Huntsman, Richard James … Over time, my tastes have changed. I think I’ve become more of the designer with the tailors, telling them exactly what I want, and they’ll do it. I’ve got to the point now where I’ve honed in on exactly the way I want something cut, from the way the shoulders fall to the way it comes in at the waist to the flare on the skirt to the depth of the bend. I’ve always got something on the go: a corduroy double-breasted jacket at the moment. There’s some pretty good stuff off the peg, clearly, but you miss out on that thing of working with the tailors. For shoes I tend to wear Chelsea boots. I don’t wear lace-up shoes very much anymore.

Accumulate to accumulate
I suppose I’ve got to that point in life where I’ve got most of the things I need. In fact, I’ve gone through a period of selling rather than buying. I’ve always had a love affair with mid-century modern when it comes to Italian glass. There’s a place in London on Pimlico Road called 88 Gallery – they always have some very nice Italian decorative mirrors, lamps, that sort of thing.

Art for art’s sake
One of my favourite pictures is a Picasso lithograph from the Vollard suite, Sculptor With His Model. Another artist would be Ellsworth Kelly – I have one of his plant lithographs – and Victor Passmore. I have lots of screen prints, but also some large paintings, including some by Nino Mustica. He was friend of mine who died recently. 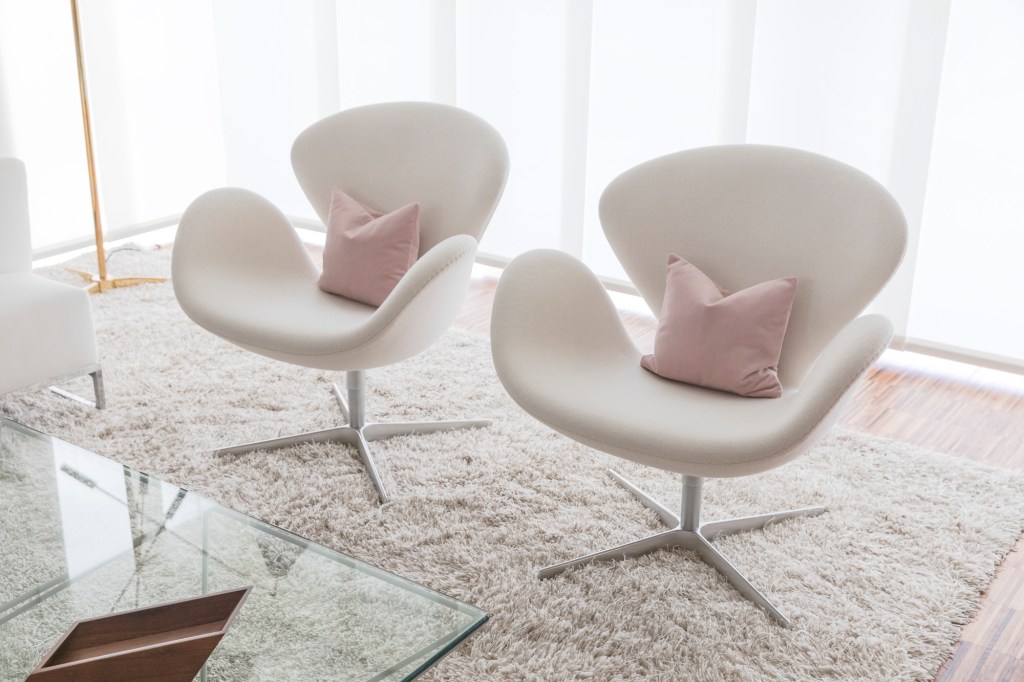 An eclectic collection
I suppose I’m always drawn to the consistency of the modernist approach, but I like to mix and match. On the one hand I’ve got a beautiful Florence Knoll bench from the 1940s that is very austere, but at the same time I can be drawn to something more Italian and elaborate by Gio Ponti. One particular favourite by him is an uplighter from the 1960s that I think came from a grand hotel in Rome – it’s just a beautiful thing, very delicate. And I’ve got some Fontana Arte mirrors which are also quite decorative. I also have these Murano glass dogs – the male is a bit bigger and his showing his genitalia, which appeals to my sense of humour. I’ve also collected quite a lot of Italian glass from the ’50s and ’60s.

Fully furnished
I have some of the classics, of course – the Eames lounge chairs, Jacobsen egg chairs, Saarinen tulip pieces. And I have some lovely chairs by Cassina from 1955 – there’s a correlation with the Jacobsens, but they’re smaller. And Cassina still make some beautiful pieces. But any of these things, when I see them I have to connect with them – connect with them on an emotional level. And once they’ve been in the house for a couple of years if I find that I don’t feel the same way, I get rid of them.

Out and about
For me going out tends to be going to restaurants – Zafferano in Mayfair, George in Mount Street. And I’m a member of Annabel’s, which is not modern at all, but has beautiful interiors. It’s just fairy tale, escapism, but for me, that’s what a private club should be. It shouldn’t be too serious.

Treasure Trove of Medieval Artefacts, Stolen Over 30 Years Ago, Recovered in Italy