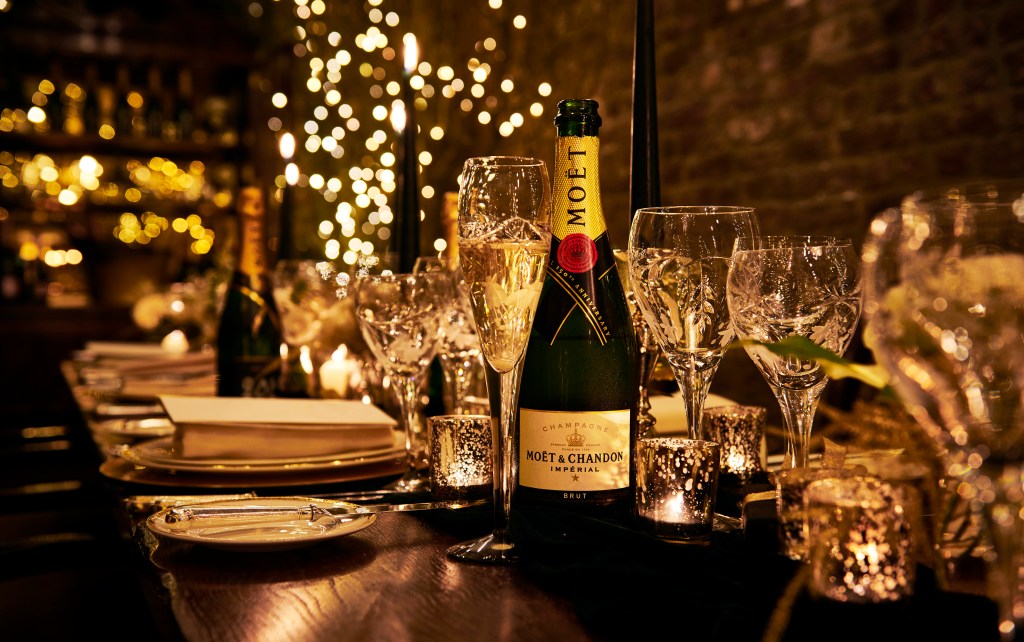 For the second year running, The Lanesborough will be closing its doors on the evening of January 31st for a New Year’s eve bash in collaboration with Moët & Chandon. The entire ground and lower ground floor of the hotel will be allocated to a shindig which will involve, live music, DJs, dining, dancing and all-round decadence.

The Michelin-starred restaurant Céleste will be transformed into a nightclub while the Belgravia Ballroom will be serving a selection of speed-rail rum- and Champagne-based cocktails set to distinctive Reggaetón rhythms with Latin-themed sultry lighting.

In the Garden Room – one of London’s most fabled smoking lounges – the in-house cigar sommeliers will be as omnipresent until 1am as the Cuban & Latin music and canapés, while The Great Hall will be converted into an extensive Seafood & Champagne bar.

The lavishly decorated St Georges’ dining room will become a Lebanese Lounge (think dimmed romantic lighting, classic cocktails with eastern accents, low-level sofas and Arabic vibes); the Library & Withdrawing Room will be offering up ambient house music and cocktails; transforming for the night into 1920s America, The Westminster will become a modern-day speakeasy with signature Gatsby-era cocktails and a live band.