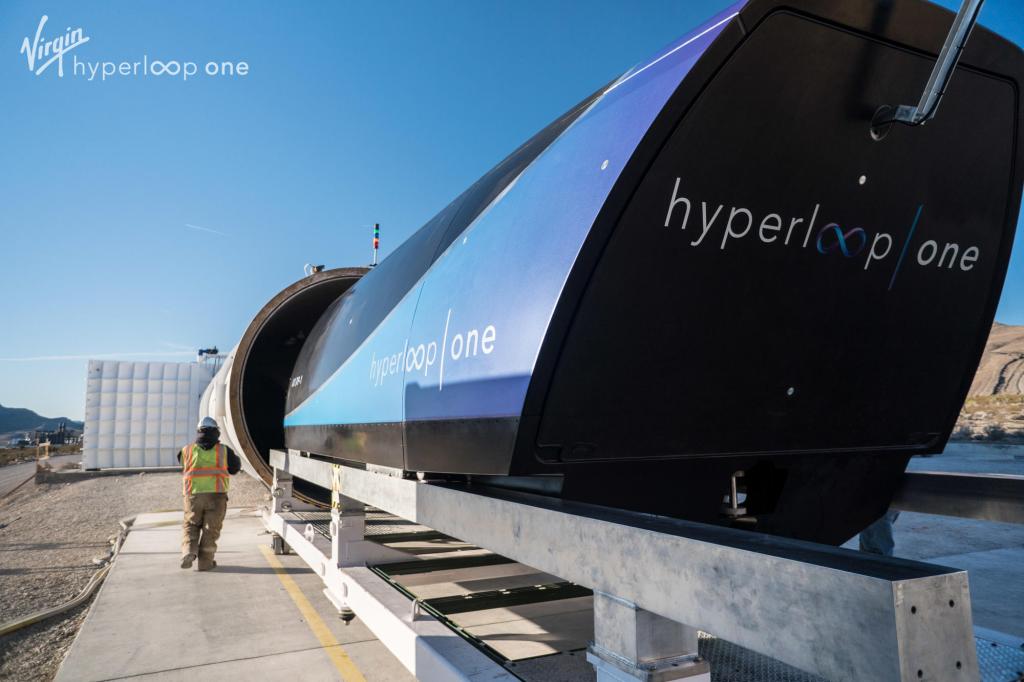 Los Angeles has hosted some opulent soirees in its time. Yet few have sounded so prosaic as the bash staged in late-2018 by a firm called the Boring Company. Taking place at a dusty parking lot near LAX, its star-billing went to… a hole in the ground. As the thousands of guests soon discovered, though, this aperture was no ordinary orifice. Rather, the Narnia-wardrobe-like portal led to a 1.1m-long underground tunnel, where Boring Company CEO/founder Elon Musk (it’s a “hobby company” for the quixotic Tesla billionaire) unveiled the prototype for the ‘Loop’: a transport system aiming to ease above-ground traffic problems. The Loop’s grand-opening was portentous for another reason: it suggested that the hyperloop, the Loop’s bigger sibling, is edging closer to completion.

Ever since Musk proposed the idea in 2013, the Jetsons-esque, journey-shrinking potential of the hyperloop has proved irresistible for Silicon Valley investors, engineers and sci-fi dreamers. Tired of wearisome intercity schleps? Simple. Just step into one of the hyperloop’s automated pods, and prepare to whoosh down a tunnel at supersonic speeds of around 760mph. A trip from Edinburgh to London – usually taking seven hours by car or five hours by train – could be slashed to 29 minutes. See also San Francisco-Los Angeles (35 minutes) or Cape Town-Johannesburg (74 minutes).

Its benefits aren’t purely temporal, though: Dirk Ahlborn, CEO of Hyperloop Transportation Technologies [HTT], claims it could revolutionise the housing market. “When travel times are reduced from hours to minutes, you can virtually turn a city like Cleveland into a suburb of Chicago,” says CEO Dirk Ahlborn. “You could work in a large urban centre and take advantage of better real estate markets outside that city… As humans, we’ve constantly strived to connect ourselves to regions as quickly as possible. Hyperloop is the next evolution of that drive.” It’d likely also be more eco-friendly than air travel, with current plans based on renewables rather than carbon.

But let’s address the elephant in the room first: Elon Musk. Leaving other controversies, given he once suggested we’re living in a Matrix-style computer simulation, it’s easy to dismiss the hyperloop as fantasia. Yet, if recent developments are anything to go by, maybe the hyperloop isn’t such a crazy proposition. HTT is currently developing its system in Toulouse and has commercial agreements with China and Abu Dhabi (they’ve claimed the latter could be running by 2020). Last October it unveiled its ‘Quintero One’ passenger capsule, each measuring 100 feet long and capable of transporting 28-40 passengers. It could even be free too, says Ahlborn: “Our vision is to make transportation free and monetise in different ways [HTT previously suggested advertising along the track, creating ‘the longest billboard on the planet’].”

HTT’s progress has been hastened by Musk’s decision to open-source the project. Naturally, Richard Branson is one of the contenders. His Virgin Hyperloop One is currently testing in the Nevada desert and aims to deliver a transit system by the mid-2020s. Its proposals include a 301-mile line under the Baltic Sea linking Helsinki and Stockholm, plus a $10 billion (£8.3 billion) ‘heartland hyperloop’ hurtling underneath Missouri’s flat plains. Hyperloop One faces competition from other rivals, including a Dutch company proposing a Paris-Amsterdam route, Canadian start-up TransPod, plus student teams around the world participating in Musk’s SpaceX-sponsored challenge.

Broadly speaking, the tech behind the hyperloop is similar to Musk’s early description of “a cross between a Concorde, railgun and an air hockey table”. Passengers are transported in capsules that float on a cushion of air inside low-pressure tubes. These tubes have large vacuum pumps, reducing friction and air resistance, while magnet-led propulsion gives the pods a push with the capsules hovering (or ‘levitate’, like an air hockey puck) above the track. The concept is hardly new – physics professor Robert H Goddard claimed a rocket could work in a vacuum 100 years ago –  but it could take years, if not decades, for it to be operational.

The tech might be in place, but convincing people the hyperloop is actually safe is problematic. A recent Transport Research Laboratory report claimed it could be “vulnerable to terrorist activity”, while Bill Gates noted, “I am not sure the hyperloop concept makes sense. Making it safe is hard.” Then there’s the experience of riding the hyperloop, which could be uncomfortable at best, or downright scary at worst. Being ensconced inside narrow, windowless pods while lunging down a dark tunnel with deafening noise and seismic shaking – imagine a bobsled with plusher seats – could be every claustrophobe’s worst nightmare.

Its sharp accelerations (a 0.5 G-force has been calculated, higher than the 0.4G of commercial airlines) may result in spectacular supersonic retching; transportation engineer Alon Levy envisioned a 1,000km/ph “barf-ride”. Musk, conversely, has likened the potential experience to “getting a ride on Space Mountain at Disneyland”. 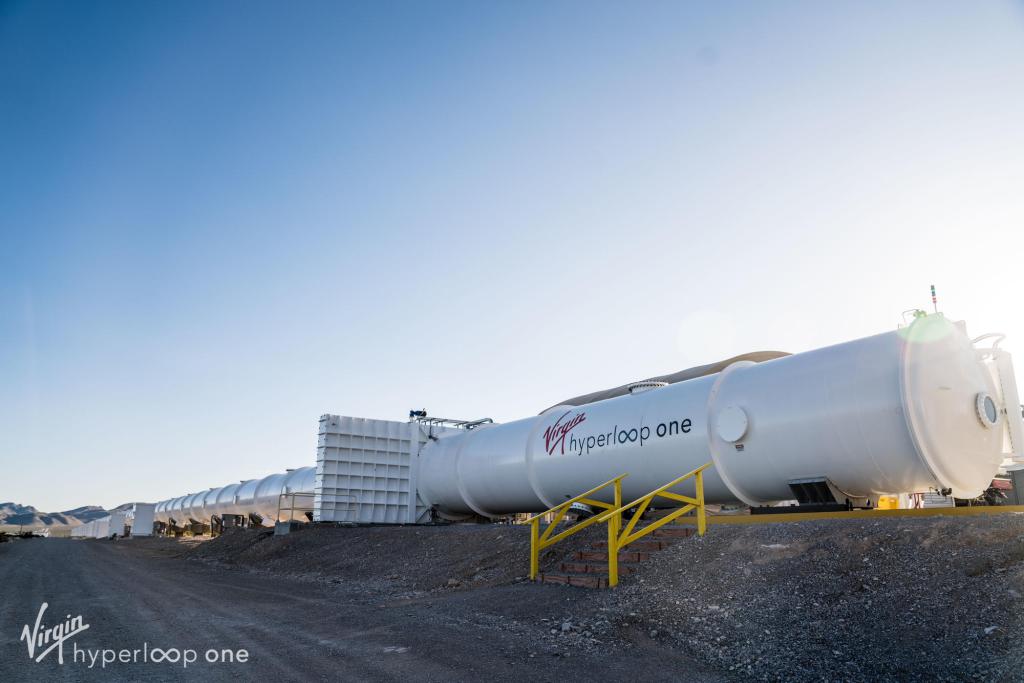 “Riding a hyperloop will be similar to flying a plane with regards to comfort, as speeds are much the same,” says Hamish Geddes, from Hyped, a SpaceX competition finalist, who has built a prototype.

So, with first working systems likely to be cargo, when can homo sapiens ride the hyperloop? “In those countries where regulation is a bit looser, we could see a hyperloop within the next decade,” says Geddes. “I predict the UK catching up around 2040.”

Meanwhile, the tech might be in place, but the hyperloop’s progress is likely to be muzzled by the type of regulatory wrangling that Kafka might deem “a bit bureaucratic”. As with driverless cars, it could take years to draw up legal frameworks for the hyperloop’s safe use. And that’s before the disgruntled people residing near planned routes, land rights negotiations and rising construction costs are factored in.

Until then, Ahlborn remains bullishly optimistic. “By building something that can maintain and pay for itself, rather than train systems which rely upon government subsidies, we’ll see a much better passenger experience than we see today,” he says. “And let’s be honest, nobody enjoys travelling today, so there’s lots that can be improved.”

Photos courtesy of HTT and Virgin Hyperloop One

Robb Recommends: NYE At The Lanesborough