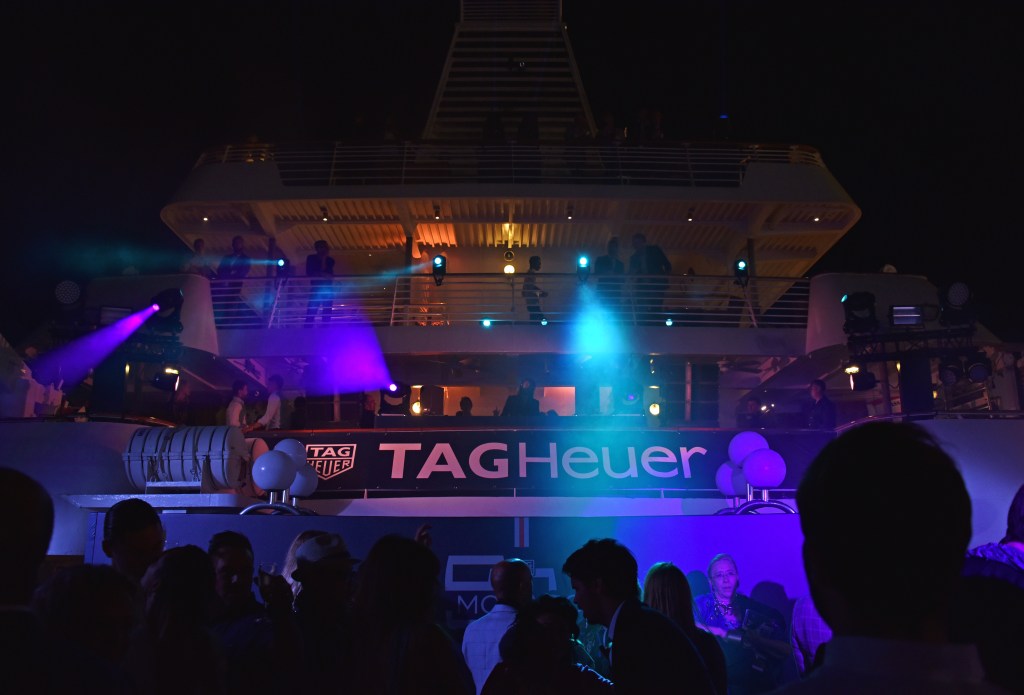 TAG Heuer continued its 50th anniversary celebrations of the Monaco timepiece at the Monaco Formula 1 Grand Prix with an exclusive party on Saturday evening.

Guests enjoying cocktails, evening dinner and a set by DJ Bob Sinclair aboard the TAG Heuer Yacht, moored in the bay of the Principality after which the timepiece is named, included Patrick Dempsey, Bella Hadid, Winnie Harlow, Jourdan Dunn, Kai Lenny and Jean-Eric Vergne.

Guests had, earlier on Saturday, been given a private tour of the Monaco Top Cars Collection Museum including a retrospective exhibition of the Monaco timepiece, plus a track and pit lane tour, F1 qualifying sessions viewing from the exclusive TAG Heuer Lounge and a special debrief of the Grand Prix qualifications with Christian Horner, Team Principal of the Red Bull Racing Formula One team.

On Friday, TAG Heuer unveiled the first of five new collector timepieces, inspired by the original Monaco, which will be rolled out over 2019.

The new iteration of the TAG Heuer Monaco