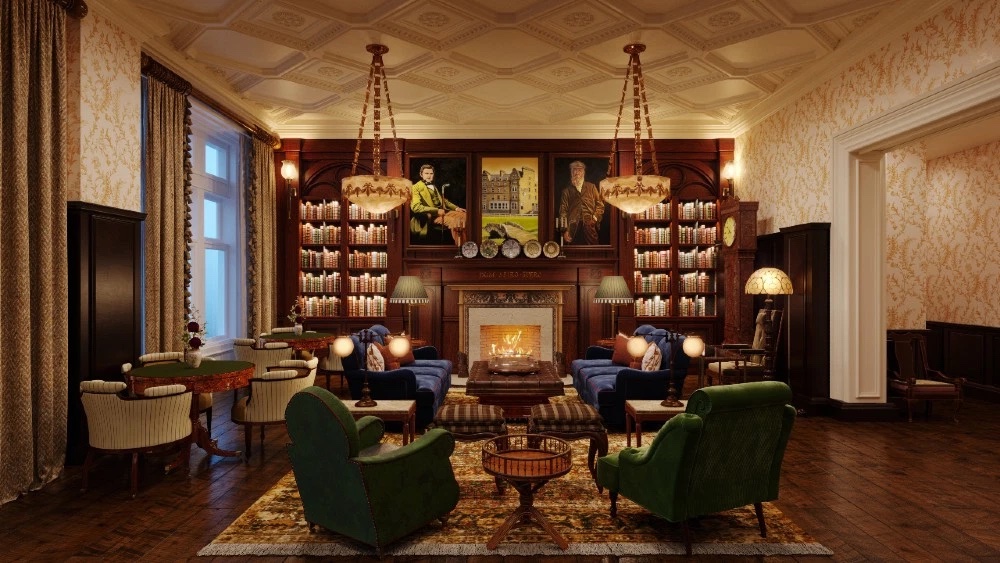 Golf may be one of the oldest sports, with roots going back to 15th-century Scotland, but it’s also proving to be increasingly popular in our socially distanced “new normal” world, as data from the National Golf Foundation and Golf DataTech have shown a marked increase in play through the second half of 2020 and first months of 2021. It’s serendipitously perfect timing, then, for a new hotel brand that both honors the game’s rich history and appeals to the modern traveller. Launching the first of its three Scottish properties this coming summer, Marine & Lawn aims to “provide an experience as distinguished as the storied golf courses synonymous with the region,” Ben Weprin, founder and CEO of AJ Capital Partners, tells Robb Report.

As the hospitality and real estate investment company behind the growing Graduate Hotels collection, Nashville-based AJ Capital Partners “is rooted in restoring iconic community landmarks and creating distinctive spaces for both locals and travellers alike,” says Weprin. So when the opportunity arose in 2019 to acquire Rusacks St Andrews—a boutique hotel overlooking the 18th hole of the famed Old Course at St Andrews—the company jumped at the “rare chance to create something memorable.” Next came the acquisition of two more similarly sized Scottish hotels also near some of the world’s best courses: The Marine Hotel offers views of the 1st and 18th fairways of Royal Troon’s Old Course, which has played host to nine Open Championships, while Marine North Berwick looks out at the 16th hole of the West Links at North Berwick Golf Club. 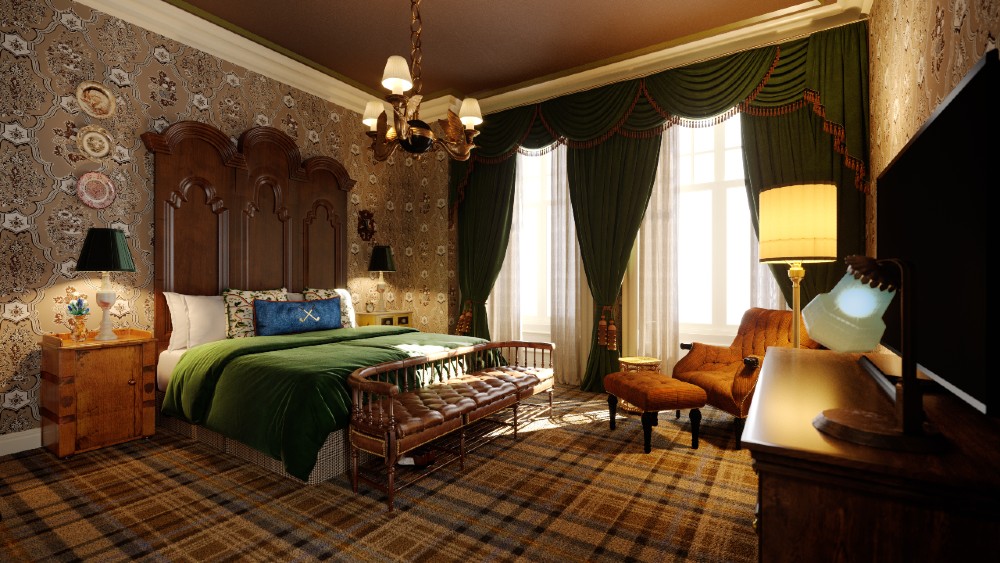 The hotels will relaunch with all new interiors that reflect both the destination and Scotland’s golf history. Marine & Lawn

Renovations are currently underway at all three hotels to reimagine the guest rooms and public spaces, add new food and beverage concepts and update fitness and leisure offerings. As reflected in these exclusive renderings, the upgraded, residential-style design will take inspiration from each building’s location and architectural history, as well as from Scotland’s greater heritage as the birthplace of golf. “Spaces will be nostalgic, playful and exciting, balancing the past with the present,” says Weprin, adding that they will also introduce “travellers to Scottish greats and remind neighbours of their favourite local legends.” When completed, Rusacks St Andrews will have 125 guest rooms and three restaurants, including one on the rooftop; Marine North Berwick will have 83 rooms, two restaurants and a large spa and fitness centre, and the Marine Hotel will include 89 rooms, multiple eateries, an indoor pool and squash courts. 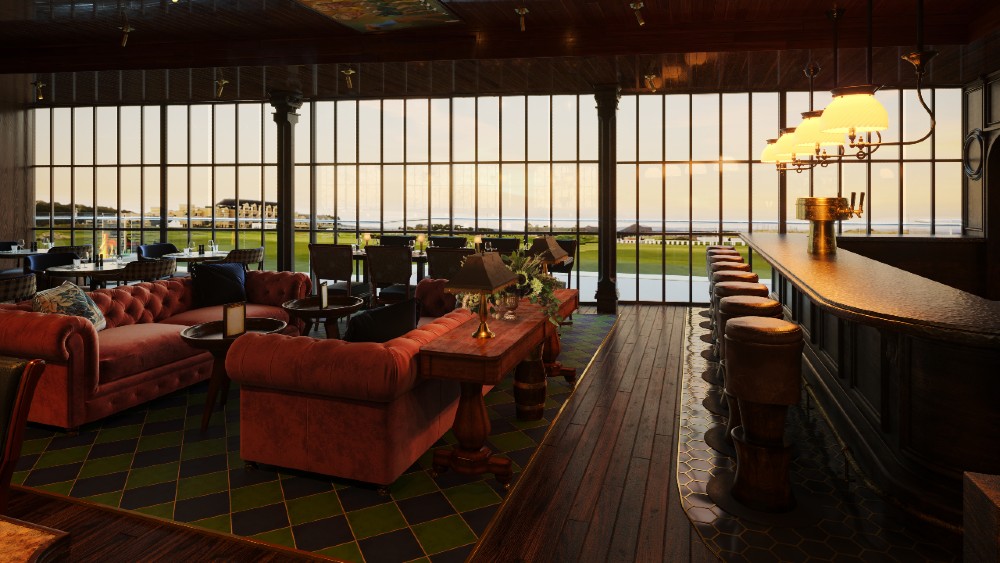 With Rusack’s location next to the legendary St Andrews, Marine North Berwick tucked among 22 courses on the East Lothian coast and Marine Hotel set along the Ayrshire Coast—home to nearly 50 courses, including three Open Championship (a.k.a. the British Open) venues—the hotels will also offer prime access to some of Scotland’s most prestigious places for golf. While details about exclusive programming or VIP experiences have not yet been solidified, Weprin promises “a hospitality experience that complements these best-in-class courses,” while also appealing to travellers just looking for a luxury getaway along the spectacular coast. “The Scottish golf coast is a dream backdrop—there’s nothing like it, (and) the incredible geographic beauty, when combined with the rich history of the sport, makes for a once-in-a-lifetime travel destination,” he says. “We have embodied that spirit in establishing a brand that honours the history and tradition of golf, all while embracing a new audience of curious outdoor enthusiasts.”

The first Marine & Lawn property is slated to open this summer; find the latest updates on the hotels’ opening dates on the new official website.