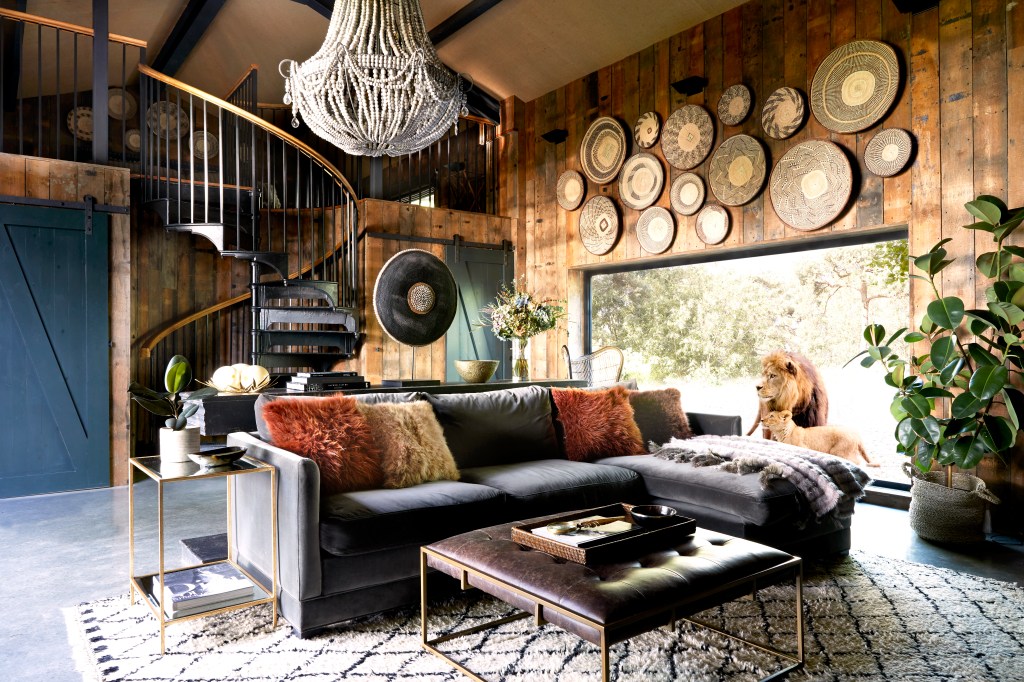 Imagine how much more compelling it would be behold the Benin Bronzes or the Elgin Marbles in the actual settings from which they were plundered before being brought to Europe – a royal palace in modern-day Nigeria and temple of the Parthenon in Athens, respectively?

The same principle applies when it comes to seeing exotic animals in a zoo – confined within tiny spaces which loosely emulate their natural habitat, living on pellets – as compared to seeing them in the plains, pampas open woodlands and savannas in which they’ve evolved to exist.

Home to over 700 rare and endangered species (from black rhinos to tigers via gorillas, giraffes, lions, cheetahs, bears and camels), Port Lympne Hotel & Reserve may be thousands of miles from the grassy plains of the Andes and the Serengeti (it’s about three miles from the Kent coast): but wandering (or golf-buggy-ing) around a 600-acre expanse, in which animals are free to roam over large spaces that closely mirror their natural habitat, offers a vastly more authentic wildlife experience than the theme-park-with-cages one offered about 65 miles north-west in London Zoo (it’s telling that the latter establishment would fit into the Port Lympne reserve 16 times). 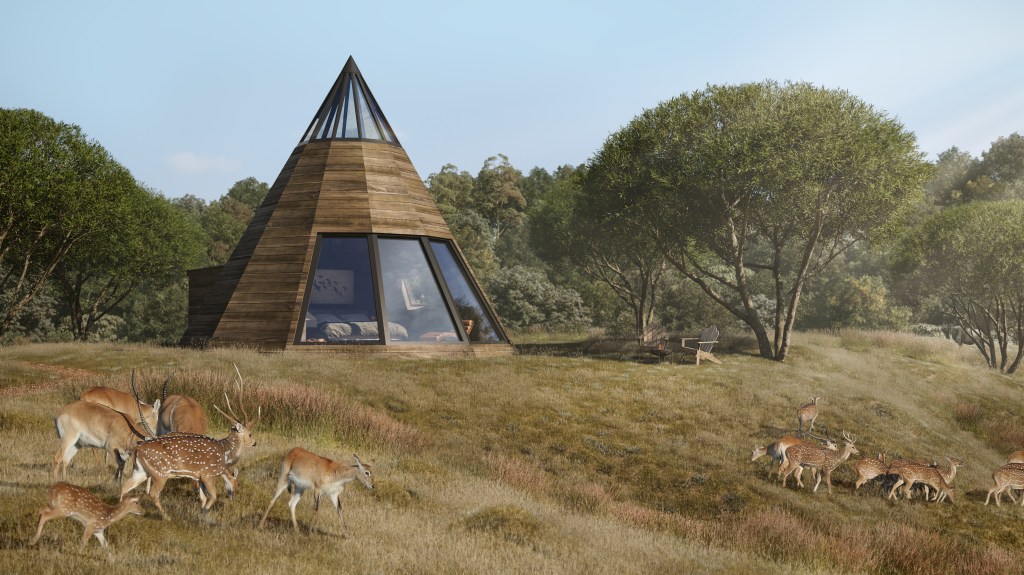 Port Lympne Hotel & Reserve is run by animal conservation charity The Aspinall Foundation, and its staff have impressive credentials when it comes to animal welfare standards and captive breeding for endangered species practices. A day visit doesn’t do it justice: which is great news as there is an impressive (and growing) range of luxury accommodation options on offer, with profits all going to the Foundation’s conservation work (which includes saving critically endangered animals and releasing them back into their natural habitats).

The main building, the Grade II-Listed Port Lympne House (built in in Dutch Colonial style in the early 20th century for Sir Philip Sassoon), has eight opulently appointed rooms: but to really enjoy the reserve’s wilder charms (and to indulge in the novelty of hearing lions roar and monkeys howl in a setting from which the coast of France can be seen on a clear day), rest your head away from the main building and its manicured terraced gardens, and in the various quirky options dotted about the elegantly rugged, unkempt reserve.

Hog Deer Creek (from around £339 per night) is a set of shepherd huts, resembling pre-war train carriages, and placed in the eyeline of a watering hole where buffalo come to quench their thirst each morning. Bear Lodge (from around £679 per night) is a glamping option, with tents sleeping up to eight people and coming with fridges, wood burners, a private deck and the kind of early evening camaraderie one finds on a camp site. 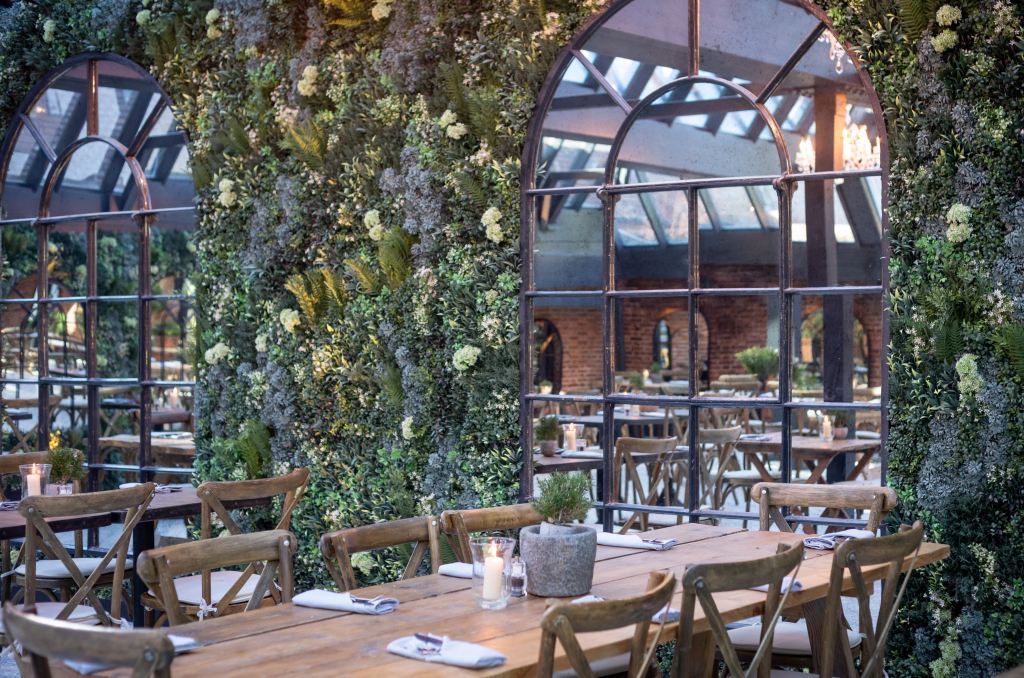 The Treehouse Hotel (from around £679 per night) sleeps four guests and offers an aspect of the whole reserve from a glass-fronted open-plan living room tucked away in the canopy. The Bubble (from around £779 a night) is, as the name implies, a transparent dome, complete with free-standing bath and en suite wet room, and is targeted squarely at those on a romantic getaway: once night falls, the animal spotting involves gazing up at the constellations.

The newest addition to the accommodation repertoire, meanwhile, is Leopard Creek. Set in a tranquil corner of the reserve, it offers guests the chance to have as their neighbours a pair of critically endangered Amur leopards and two white rhinos. Three different types of structure are on offer: ‘Cubs’ (romantic huts for couples only, from around £629 per night), ‘Cabins’ (in which two children can sleep on a mezzanine floor overlooking a small living space, from around £519 per night) and luxurious four-person wigwams (from around £849 per night) – all designed by Victoria Aspinall, Creative Director of The Aspinall Foundation. Glamping in Kent, with – on a clear day – a view of the French coast

The premium offering, though, is Lion Lodge (from around £1575 per night): a cosy, timber building – kind of a cross between a Swiss chalet and a Manhattan loft apartment – in which all that separates the four guests from a pride of prowling lions is a (heavily reinforced) pane of glass the size of a small cinema screen.

“We never see guests who stay in Lion Lodge in the restaurants and so on – they just can’t tear themselves away from the lion experience,” says Federico Aresti, Port Lympne Hotel & Reserve’s Operations Director. Those who do wish to dine in the public areas though have plenty of choice: The Garden Room, in what was once the main building’s stable yard, offers British plates such as Romney Marsh lamb with confit garlic, broccoli and pearl barley risotto and Longland Farm chicken with creamed potatoes, sweetcorn, cep pureé, girolles and cavolo nero. Babydoll’s Wood Fired Pizza’s USPs are its exceptional sourdough, made from scratch in-house, and the armchair-strewn veranda surrounded by olive trees. 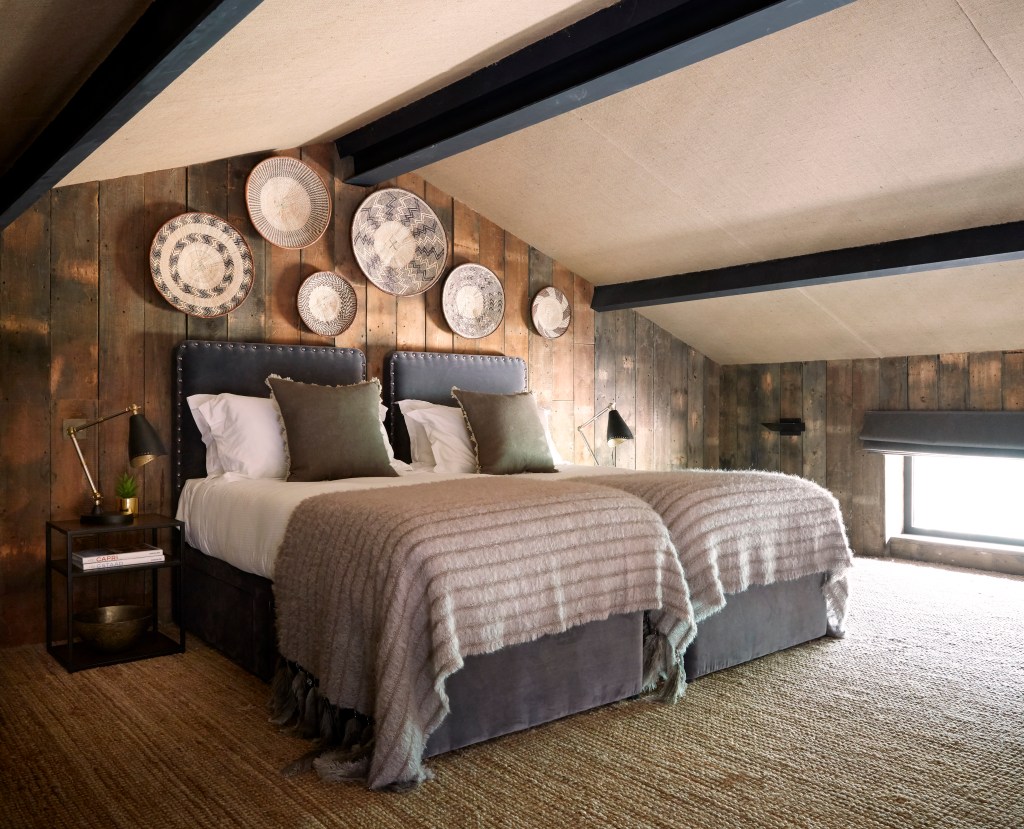 For pre-prandial cocktails, we’d suggest the Moroccan Courtyard with its marble pillars, octagonal water fountain, carved roman baths and antique north-African lanterns. On the culinary front, it’s all about local ingredients: seasonal vegetables are picked fresh from the hotel’s market garden and local culinary artisans deliver dairy, meats and fish, while Kent’s status as the heart of the burgeoning English wine scene is reflected on the drinks menu, as its reputation for fine local brews.

Like the grade II listed country house, the food and drink jerks visitors back to the reality of where they are after a day exploring what is effectively an exotic zoological silo, packed with creatures from far-flung corners of the globe, nestling on the edge of The Garden Of England.

Watch the Virgin Galactic Spaceship Soar at the Edge of Space