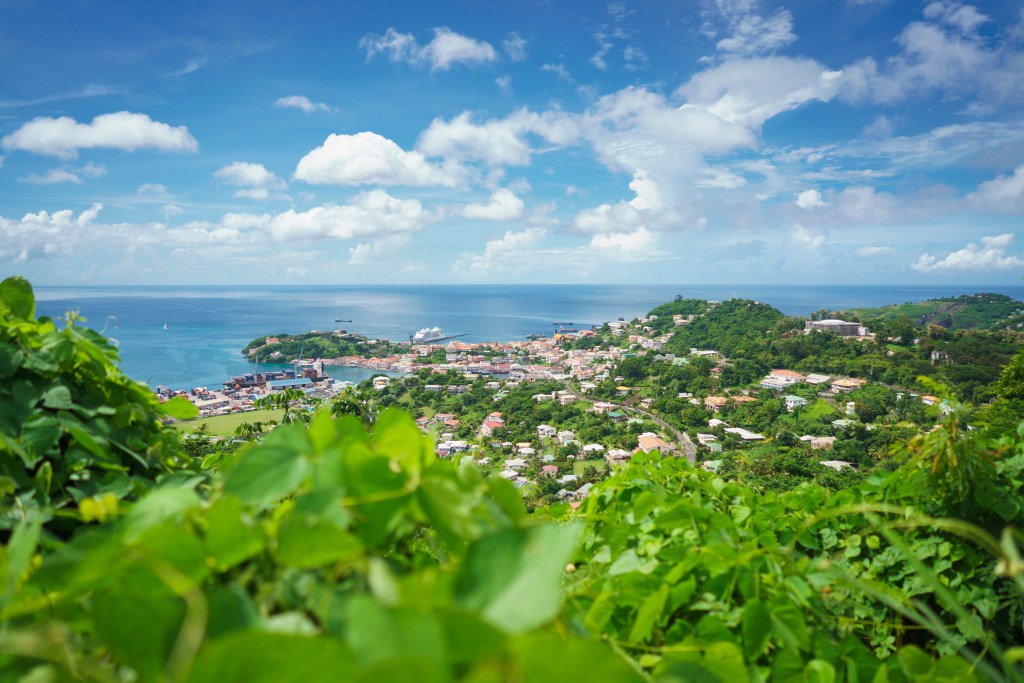 Of all the things I discovered during my recent visit to Grenada (it’s pronounced Gree-Nay-Dah, for one), perhaps the most unexpected is how refreshingly underrated this island nation is. Unlike many of its Caribbean neighbours, which have grabbed the lion’s share of attention over the years, Grenada has quietly glided under the radar, preferring instead a low-key approach – one that results in an authentic, laid-back blend that sits in the sweet spot between being mainstream and off-the-beaten track.

Tucked away in the Eastern Caribbean Sea, towards the southern end of the Grenadines island chain, this former British colony has, so far, successfully navigated the pandemic, with only 164 Covid-19 cases and one death within its population of about 112,000. This is partly thanks to Keith Mitchell, the country’s long-serving prime minister, whose scientific background helped inform many of his decisions over the past 18 months. And what tough decisions they have been: with tourism accounting for about 40 per cent of Grenada’s GDP, being shut off from the world has undoubtedly hit hard, creating a knock-on effect in many other interconnecting industries like fishing and farming.

At the time of writing, Grenada is one of the handful of countries on the UK government’s green list. That said, green doesn’t necessarily mean “go”. Access is complicated, with requirements including being double-vaccinated, a pre-arrival PCR test, a swab on entry and hotel quarantine while you await the results. Happily, my quarantine home happened to be at Calabash, an intimate family-run beachside retreat on the island’s southern coast, with glorious views of the yacht-speckled Prickly Bay. After 24-hours spent alternating between the beach, the pool, the spa and the hotel’s two restaurants, a negative test result set me free to explore the best the Island of Spice has to offer.

“In Grenada, we do what’s called  involuntary exercise,” chuckles Roger ‘The Pothole Dodger’ as he revs his minivan up a sharp incline. “Wherever you go, you’ll always find a hill.” My ebullient guide for the next few days, Roger also adds that I shouldn’t be alarmed by any machete-wielding people walking along the roads. “The machete is the garden tool of choice. You’ll see why.” Indeed, the main island of Grenada itself – just 134.6 square miles in area – is a sweep of thick jungle-coated rolling hills, steep slopes and cascading waterfalls that culminates in the 840-metre high Mount St. Catherine. Beyond that, the island is framed by a string of powdery beaches, including Grand Anse, a two-mile stretch along the south coast, home to resorts such as Mount Cinnamon and the sleek Silversands hotel with its dramatic 100-metre long pool.

We are travelling north towards Grand Etang National Park, a lush rainforest reserve high in the mountains, anchored by a picture-perfect crater lake. As Roger steers his minivan through the twisty roads, we pass a kaleidoscope of brightly-painted timber homes, dazzling emerald green hillsides dotted with wonky stilted houses, and trees ripe with mangos, avocados and, of course, nutmeg.

The park itself is a hiker’s paradise. The result of two extinct volcanoes, it is home to a riot of vivid tropical flowers, cheeky mona monkeys and soil so fertile, the locals joke that you can plant a pencil and it will grow. Here, I meet the 81-years-young Telfor Bedeau, a diminutive man in black jelly sandals. Referred to by locals as ‘Grenada’s Indiana Jones’, he tells me he has walked the entire terrain of Grenada, climbed Mount St. Catherine over 200 times, rowed a boat around the island twice, kayaked around it once and, remarkably, has mapped the land’s many contours by hand.

“I tried wind surfing around the island too, but there was no wind that day,” he shrugs. Today, Bedeau’s extensive knowledge and wisdom is imparted by his former neighbour and protege, Simon Green, who is keeping Bedeau’s legacy alive with guided hikes along the pioneer’s original trails while also painstakingly digitising  Beadeau’s maps and diaries.

I soon learn that Grenadians are a fiercely proud and patriotic nation, Green being just one example of how the next generation is looking to preserve its traditions. “It’s important we keep traditional Caribbean boat-building alive, so that our grandkids can have the same freedom we, and all of our forefathers before us, have had,” says Danny Donelan, owner of Savvy Sailing. “Some people measure success by how much money you have in your bank account, but here in Grenada, we measure it by how much freedom we have”.

A Beachfront-Villa Master Bedroom at The Silversands Hotel

Savvy Sailing uses traditional Carriacou Sloops – handcrafted wooden sailing boats that were close to extinction a few years ago – to provide authentic local experiences. And so, aboard Savvy, as the sun dips below the horizon and the pastel hues fade from the sky, we drift lazily along the island’s coast, past silky beaches, intimate coves, and  the capital of Saint George’s, its tumble of red-tiled roofs nudging against a lush volcanic mountain sprinkled with colourful homes.

Over the next few days, I eat my body weight in chocolate, between feasting on conch-stuffed rotis, fiery goat curry and the freshest of fish. I sip sweet minty mojitos against a background of the thundering Annandale Falls and, finally, on my last morning, en route to the airport, I am deposited at Friday Bar. Here, at 8am, I am given a true Grenadian send-off with a shot of Under The Counter – a concoction of white rum infused with local spices, also known as ‘Grenada’s Viagra’ – before soaking things up with a hearty breakfast of crispy-fried jack fish, flaky salt cod (or saltfish souse) and oildown, Grenada’s national dish made of stewed breadfruit.

At a time when international travel has never felt so precious, I feel privileged to visit a country that should be on everyone’s bucket list.

Lauren Ho was a guest of Grenada Tourism (www.puregrenada.com) and Virgin Atlantic (www.virginatlantic.com / 0344 8747747) which flies direct between London Heathrow and Grenada from £505 return per person. Fares are subject to change. Rates at Calabash Hotel (www.calabashhotel.com) start at USD$595 (around £430) per room per night including breakfast, or including half-board if staying four nights or more; rates at Silversands (www.Silversandsgrenada.com) start at USD$880 (around £630) plus taxes per room per night including breakfast.