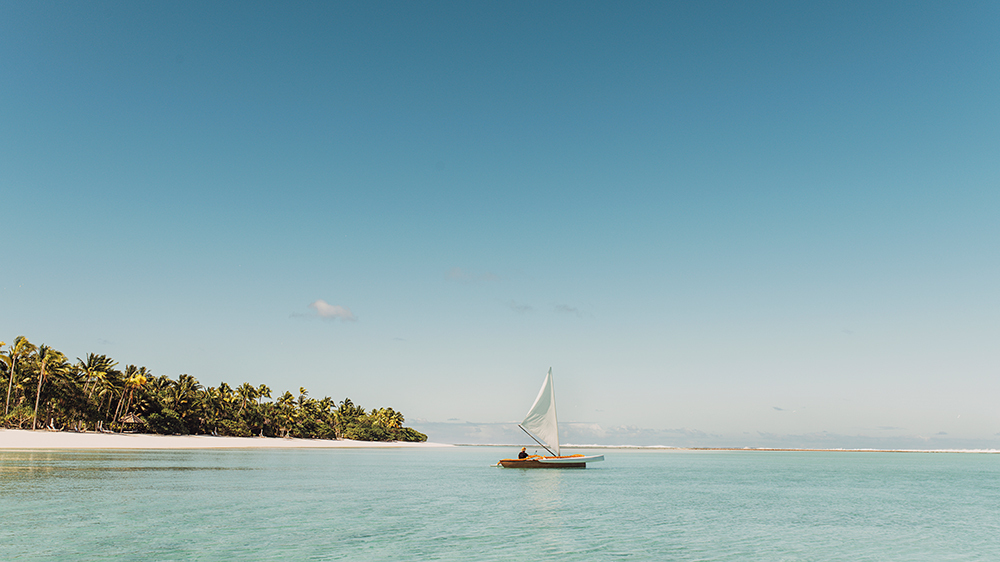 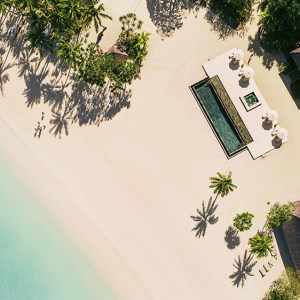 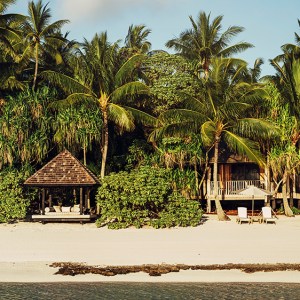 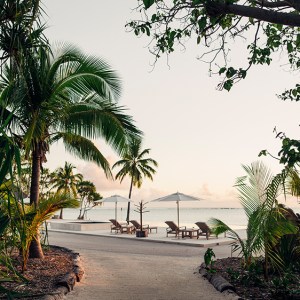 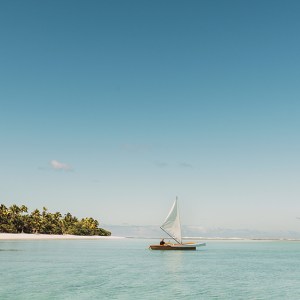 When Guy Laliberté, cofounder of Cirque du Soleil, decided he wanted to buy a piece of paradise he could call his own, he went straight to the Pacific—and kept going and going. The billionaire businessman and part-time astronaut scoured the remote expanses of French Polynesia for an entire decade, searching for that singular unspoiled and untamed place. Finally, in 2007, he settled on Nukutepipi, a pristine haven for rare birds and flora, complete with a primary forest laced with powder-white sand and a serene lagoon protected by a thriving coral reef.

But his work wasn’t done just yet. It would be another 10 years before he’d put the final touches on his private-island escape. Rather than keep it all for himself, however, Laliberté has turned it into one of the world’s most exclusive resorts, where just one group of up to 52 guests at a time can roam the far-flung atoll—for about £840,000 per week.

No doubt, Nukutepipi is nice (it better be for that rate). In fact, it might just be giving Richard Branson’s Necker Island a run for its money. “Nuku,” as the island’s staff of 100 calls it, features 16 beachfront bungalows and villas offering elegantly pared-down accommodations with high-tech amenities and artworks by local and blue-chip artists alike. Tucked into tropical foliage, the secluded Master Villa was built for Laliberté himself: At more than 550 square metres, it’s a billionaire’s playground boasting a private pool, home cinema, hot tub, kitchen and bar, and original artwork by Damien Hirst. (Laliberté is quite the art collector.)

But you don’t go to Nuku to stay inside watching movies all day. Guests can go kitesurfing, outrigger canoeing, stand-up paddleboarding, sailing, deep-sea fishing, or whale-watching. On land, there’s biking, birding, archery, tennis, stargazing at the island’s observatory, Pilates and yoga, and spa treatments. When it comes to cuisine, everything is surprisingly progressive, from motu picnics to food-truck feasts in the forest to fine dining on the beach. Worlds apart from the ubiquitous Asian-fusion fare served at most Tahitian resorts, the food here is truly global, from Mexican to shabu-shabu, making the most of the day’s catch. But more than anything, Laliberté’s slice of paradise is a place of escape, away from the circus of daily life. Here, no acrobatic feats are necessary.