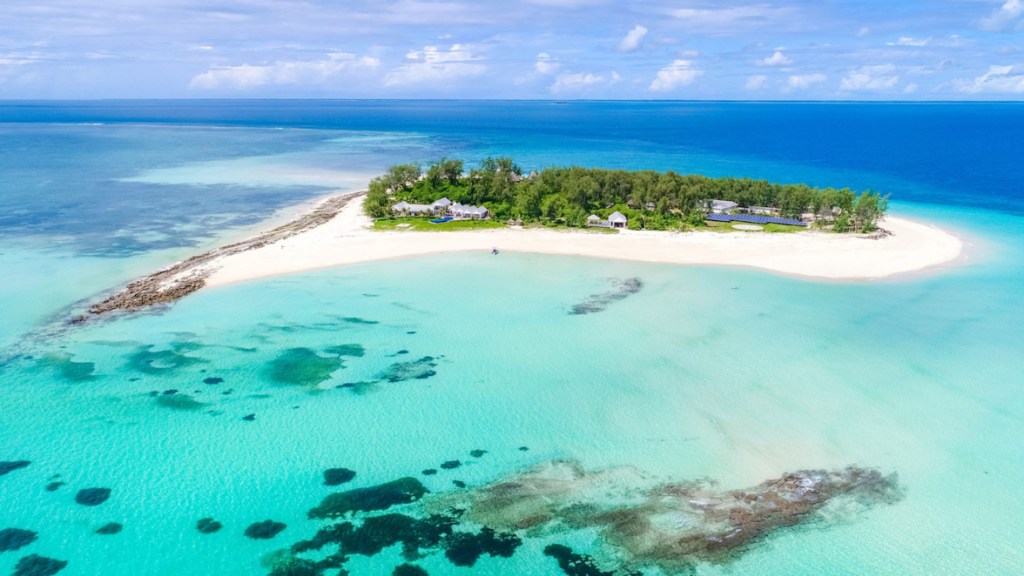 If you’re planning on escaping on a Tanzanian safari this year, add on a trip to the country’s Indian Ocean coast to experience wildlife beyond what can be spotted on the savannah. Following the lifting of Tanzania’s travel restrictions in June, Thanda Island—a private island retreat set 18 miles off the mainland, or 30-minutes away via private helicopter transfer—began welcoming guests back on June 24th, for exclusive-use stays only. For all-inclusive rates starting at £19,000 per night, guests will enjoy a host of services and amenities—chief among them access to a resident marine biologist who will guide you on ethical whale shark experiences, conservation activities and more.

Opened in 2016, and featuring a design inspired by the Kennedy compound in Hyannis Port, Thanda Island is set in the protected Shungimbili Marine Reserve, between mainland Tanzania and Mafia island. As no fishing is allowed in reserve waters, Thanda (which is known locally as Shungimbili) and its neighbouring islands have become a refuge for over 280 species, while the surrounding coral reefs have also been able to recover. Under the direction of resident marine biologist Rianne Laan, the resort’s team continually conducts research and conservation endeavors, from undertaking fish surveys and monitoring the ocean floor to creating small-scale coral nurseries to help stimulate growth and promote recovery. During the four months the island was closed for the pandemic, the staff spent a significant amount of time on the marine conservation work, along with other projects like creating a (now thriving) vegetable garden and building barrier walls to protect the island from erosion.

“Guests have full access to me as the resident Marine Biologist, and when they are interested, I have plenty to share,” Laan notes. In addition to giving talks, she regularly leads snorkeling trips on which guests can view the coral nurseries and, from October to March, also guides guests on ethical whale shark swims in the waters near Thanda, which are some of the best around for spotting groups of the world’s largest fish—particularly the young males, which can stretch up to 30-feet long. With no other boats or tourists around, guests are pretty much “guaranteed to have their own ‘private” whale shark,” says the island’s GM, Antigone Meda.

Back on the island, guests can join the marine guides and resort staff on beach cleanups, helping to pick up debris that has blown over from the mainland (the trash is then sent back to Dar es Salaam for recycling), or join Laan on a walk along the house reefs during low-tide. Laan has also created the beautiful “The Marine Life of Shungimbili Marine Reserve” book to further bring to life Thanda’s underwater world.

Exclusive-use rates start at £19,000 a night for recommended minimum of five nights, for up to 10 adults and nine children; eight more adults can be accommodated in two beach bandas. Rates includes all meals and drinks, spa treatments, island activities, sunset cruises, sandbank picnics and more. Contact reservations@thandaisland.com for more information or to book.