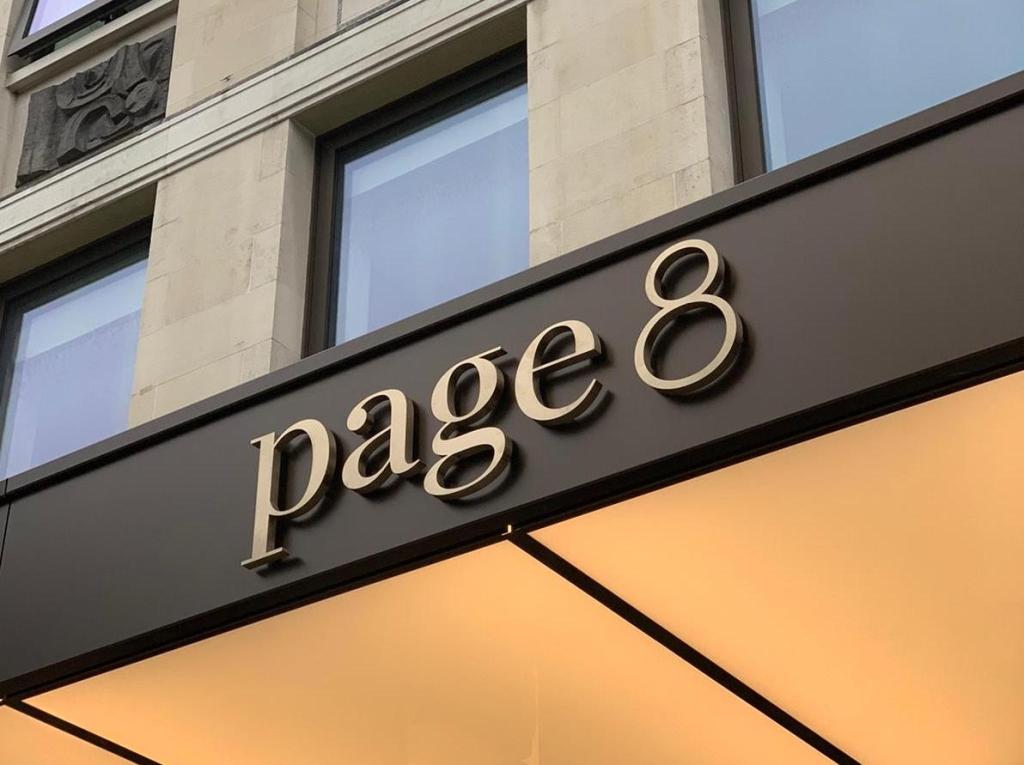 For more than 300 years, a plaque on Trafalgar Square has marked London’s bullseye: the exact spot from which distances to the capital are depicted on the country’s road signs. So you can’t get more central than a new hotel, just opened an inadvisable stone’s throw from the glitzy commerce of Mayfair and the edgier delights of Soho and Theatreland. But this is no normal addition to the ultra-upmarket hotel scene that dominates in this zone. For at Page8, found at 8 St Martins Lane (hence the hotel name – In Hong Kong, Page148 is located at 148 Austin Road), a game-changer has opened its doors.

“The name Page8 reflects the brand’s ethos of opening a new chapter in luxury affordable hotels,” explains Philip Chan, Business Development Manager of a hotel group which positions itself as a lifestyle brand and has the tagline: ‘Home of the Urban Explorers’. “We’re turning the page on mundane five-star hotels, and instead offering guests a community, somewhere to learn from others . The idea is to use the hotel as a base from which to explore the city they are in – and not the usual sights and attractions, but hidden gems, unknown lunch spots, great photo spots, museums, art galleries and so on.”

Hence, the founders have created the Page Common* online series to help guide guests through a secret London and to use their property as a base from which to document their activities via Instagram and other social media, with friends and family or through word of mouth with strangers.

With room rates starting from £250 per night, Page8 still offers sophisticated luxury – the rooms are highly comfortable, with neat touches such as the retro Marshall radios on the bedside cabinet – but guests can expect pillow menus and tissue origami to be eschewed in favour of social energy, affordability, home-from-home factor and shared appreciation of the incredibly rich culture offered by the surrounding metropolis.

“The hotel connects like-minded people together, irrespective of the purpose of their visit,” continues Chan. “The target group will be connected on their mindset rather than specific demographics like age, business or leisure.  They share interests in urban exploration, travel, photography, as well as passion for coffee and social media content creation. Guests are expected to be mostly millennials or those with a millennial mindset or lifestyle habits. They like to connect with brands on an emotional level, and favour being part of the conversation and action, and sharing their experiences via their social networks.”

Talking of coffee, on the ground floor visitors will find a space aimed at locals and tourists alike who are looking for more than just a coffee house – more like a recreation, perhaps, of the ‘Café Societies’ found in late 19th century London and New York. Combining an artisanal coffeehouse and a select bar, Page Common offers an assortment of fine coffee beverages, craft beers, well-chosen wines and speciality dishes.

Again, reinvention of hospitality norms is the key aim, with the traditional hotel lobby being altered into a place where interaction – whether that’s sharing coffee experiences with the baristas, learning about the surroundings from the locals, or sharing exciting travel stories with the hotel guests – is keenly encouraged. Guests can also linger for hours, flipping through the indie glossies and curated lifestyle books with which the zone is replete.

Of course, good food and drink goes hand in hand with quality human interaction, and guests here can enjoy Page Common coffee, an exclusive Single-Origin hand drip coffee or something from the tea menu. There’s also a highly ‘Instagrammable’ all-day food menu featuring classics such as avocado on sourdough bread, figs and cheese toast, smoked salmon bagel and a selection of freshly baked pastries and desserts (all baked goods and bread are supplied by Paul Rhodes Bakery in Greenwich). Later in the day, Page Common offers a bar menu with wines from London’s first ‘urban winery’ – Fulham based London Cru, – and beers from Crate Brewery in Hackney.

All baristas have been trained by 2019 UK Latte Art Champion, Will Pitts, inducted by London based coffee roasting company, Assembly and hail from a range of countries  including Canada, Denmark and Hungary to name a few, and count skilled musicians and photographers amongst their number.

It’s a truly congenial spot: should this genre of luxury hospitality become a ‘thing’, could London’s reputation as a loner’s paradise in which human interaction is limited to the bare minimum be under serious threat?