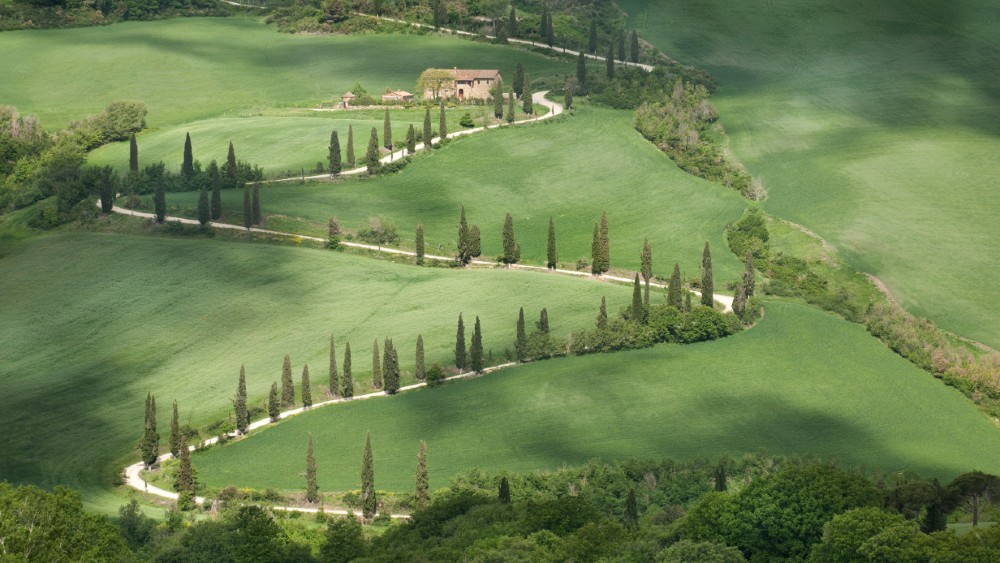 Every February, in the Tuscan town of Montalcino, wine professionals from around the world, in-the-know locals and a few intrepid amateur international oenophiles gather together for the debut of the latest vintage of Brunello di Montalcino—arguably the king of Italian wines, which must age five years before being released. Bringing together 290 producers, the annual launch is a storied but somewhat impenetrable affair, spoken of by insiders in hushed tones and relatively difficult to get an inside track on. Now, however, with the four-night Brunello Experience, the celebrated boutique hotel Monteverdi is looking to change that.

From February 21 to 25, the intimate, high-design retreat, which occupies a tiny hilltop village 20 miles east of Montalcino, will offer guests exclusive guided access not only to the Benvenuto launch event itself, but also to visits and tastings with celebrated Brunello producers Giacomo Neri, of Casanova di Neri, and Francesco Illy, of Podere le Ripi. Combined with cooking lessons from the hotel’s executive chef in its months-old culinary academy, meals paired with top vintages from the region, and wine-themed spa treatments, the weekend promises to make memories that’ll last for years—assuming you don’t drink too too much.

The design-forward hotel sits in a hilltop village in the Val D’Orcia region. Courtesy Monteverdi

Which might be tough, because the Brunello 2015 vintage is expected to be great. “If the experts are correct, it could be the best ever,” says Michael Cioffi, Monteverdi’s founder / owner and the mastermind of the Brunello Experience. With this weekend, Cioffi says, the hotel “wanted to create an offering where guests can get a more in-depth view of wine generally and of Brunello di Montalcino and this vintage specifically, and during which they can also meet special producers in a leisurely atmosphere.”

Overnight in one of the hotel’s stylish, individually decorated rooms. Monteverdi

That kind of one-on-one meeting, he notes, is especially hard to pull off–as is the more leisurely pace of the hotel’s package. “I think (the Benvenuto event) could be horrible if you had to stay in a hotel right in Montalcino, jam-packed with people,” he concludes. Doing it the Monteverdi way instead “lets you stand back a bit and reflect upon what you tasted and learned during each day — and all in the most beautiful of settings.” Rates for the Brunello Experience start at €5,500 for single rooms, €8,000 for doubles.