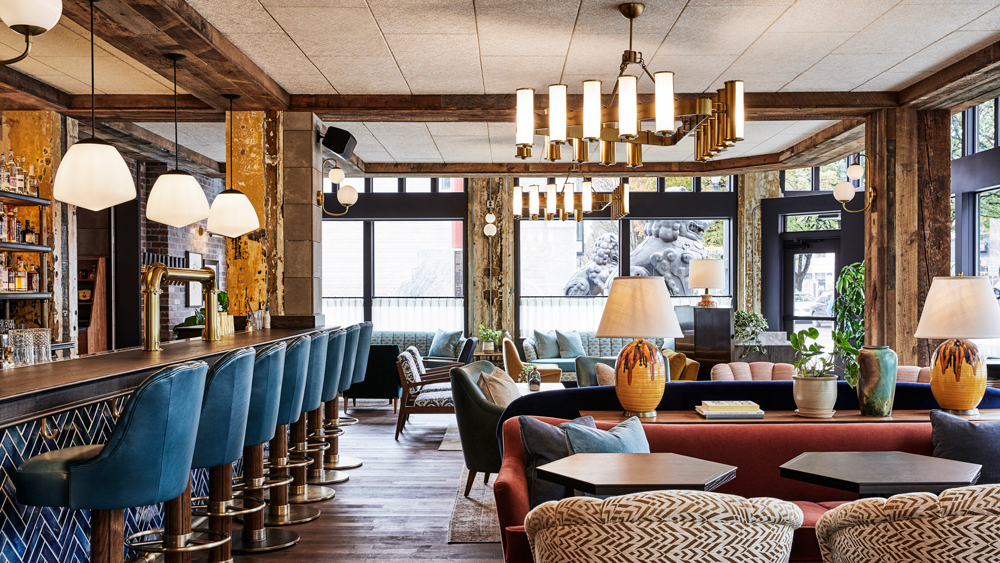 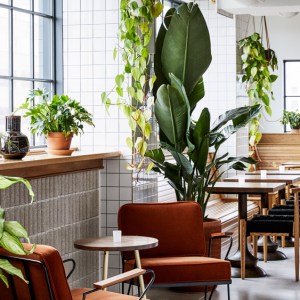 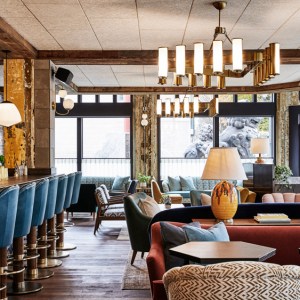 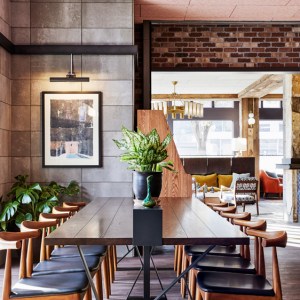 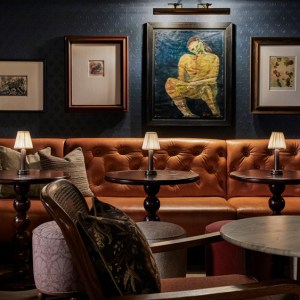 Though the Hoxton has plans for a rapid U.S. expansion over the next six months, it really is no surprise that the ultra-cool U.K. based hospitality group set its sights on increasingly cool Portland for its first West Coast outpost. Hot off the heels of the Hoxton Williamsburg opening in September, the Portland property is set to make its stylish debut next week in the city’s up-and-coming China Town area.

Flanking the ornate, classically Chinese gates to the neighborhood, the Hoxton has given a much-needed makeover to the historic Grove Hotel, a low-slung structure built in 1906 that has sat largely unused for decades. Inside the building, which has received a facelift and a sweeping new tower, the city’s boutique hotel scene has been taken to its stylish extreme. The ground floor lobby is an easy example of what the Hoxton does best—it’s exposed brick, concrete-tile, and raw wood walls serving as a backdrop for guests and locals to mix and mingle. Low-slung velvet chairs are clustered around coffee tables where guests can chart out their day’s itinerary, and a sleek wooden table provides an easy space for a meeting over coffee before making the quick walk over to downtown.

Besides its 119 guestrooms—which feature a slick, mid-century modern look (think walnut-paneled walls, tweedy chairs, and sculptural light fixtures) courtesy of Ennismore Design Studio—every aspect of the hotel is geared for socializing and community engagement. Back on the ground floor, there’s the already-buzzing La Neta restaurant, which features Mexican-influenced cuisine and comes complete with an in-house masa program. One floor below is the plush basement bar, where guests can top off days of brewery tours with cocktails highlighting rice-based spirits and late-night American-Chinese food. Surprisingly, considering Portland’s perpetually rainy climate, the rooftop is the property’s crown jewel. It’s home to Tope, a plant filled (and extremely Instagram-friendly), 21st century take on the classic taqueria that offers up some of the best views of the Portland skyline and Willamette River from anywhere in the city. There, executive chef Johnny Leach—behind local favorites like Chalino and Má Pêche—pairs a mescal-focused cocktail menu with inventive takes on classic tacos ranging from ringa de pollo to beef tongue with roast onion.

Though we expect that these outposts will quickly make the Hoxton one of the best places to see-and-be-seen in the city, it’s in the smaller details where the brand’s approach to locally-rooted hospitality shines. Rooms are stocked with books hand-selected by notable Portlanders and local creatives, who’s wares are also sold in the lobby store. Each has also provided a comprehensive list of their favorite spots in the city, doling out advice on how to get into the always-packed Capitol Bar to which chef-approved restaurants to prioritise on a foodie-focused tour.