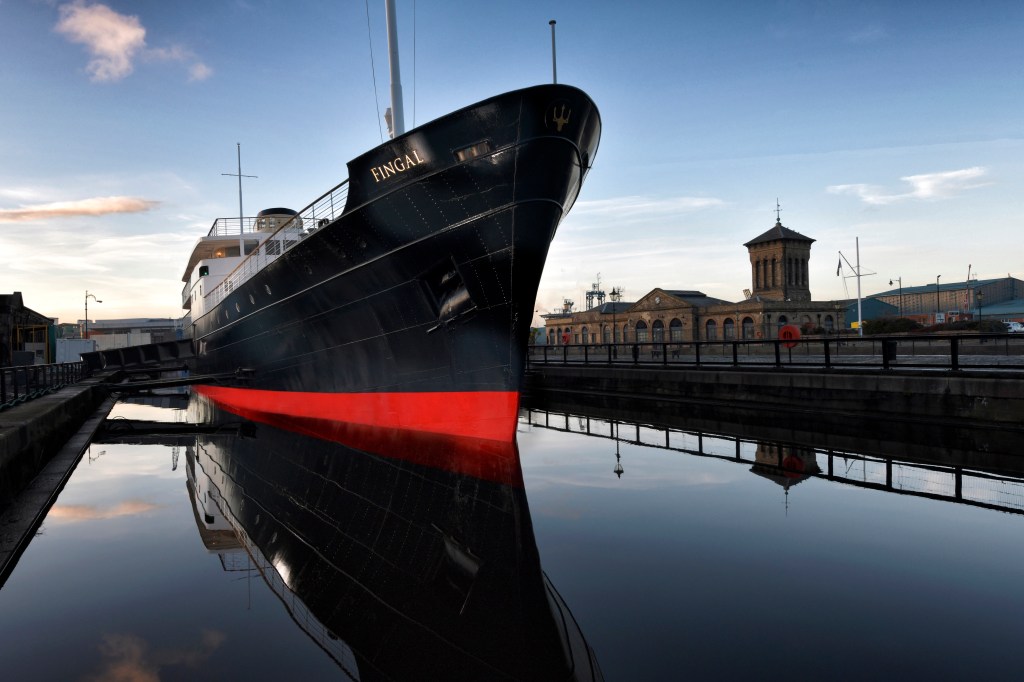 Panache without pastiche. Class without fuss. Strikingly modern with a retro tinge. These are all apposite ways to describe The Fingal, a floating boutique hotel moored in the Port of Leith, close to a pleasant row of port-side tapas bars and friendly and frill-free typical urban Scottish pubs, about two miles from Edinburgh’s city centre. 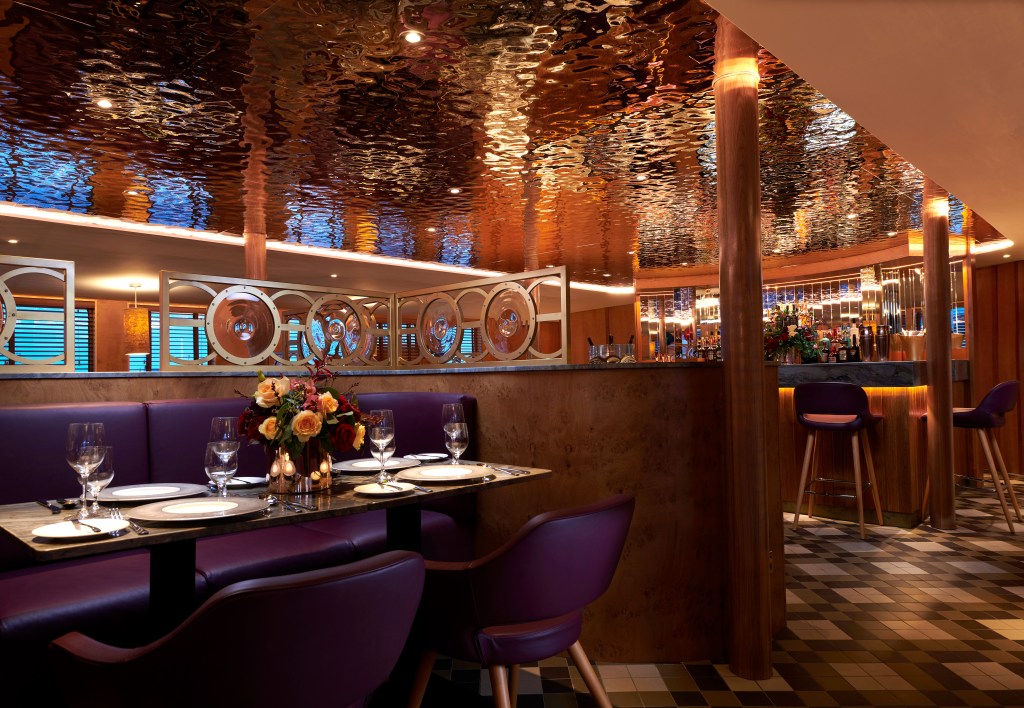 Entering via its red carpeted gangplank flanked by a cobbled wharf, guests will be struck first by the amicably attentive staff, then quickly distracted by something else visible from parts of the lobby: a stunningly appointed, hull-shaped ballroom whose Gatsby-esque splendour makes you briefly forget about check-in. Back in the lobby, you’ll be hard-pushed not to notice the art deco gold-mirrored lift, which whisks guests up to a top-deck bar and restaurant, where your eyes will be hiked upwards to a shimmering copper ceiling. 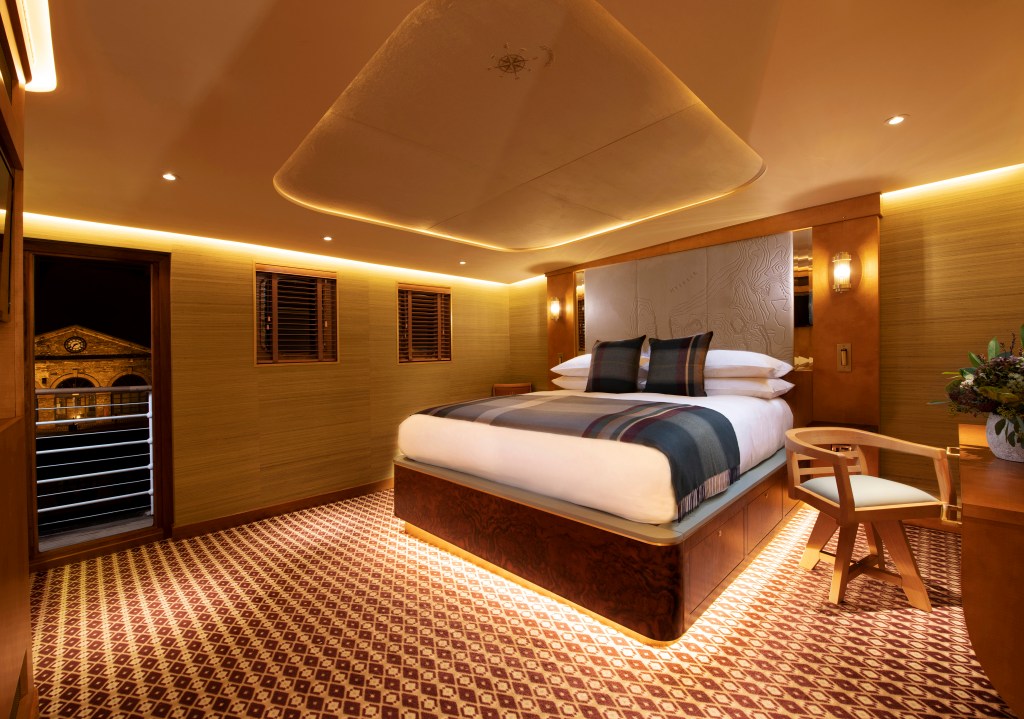 Venturing to the 23 rooms (classic and luxury cabins, duplexes and a ‘penthouse’ suite with private deck rooms), which are lined up over two floors and are all differently shaped (in adherence to the sweeping curves of the vessel), visitors will encounter flourishes such as woven bedspreads by Scottish textile designer Araminta Campbell, a replica of Fingal’s original Radio Controller’s chair and baths, taps and other fixtures with a jauntily (and tastefully) nautical feel to them. There’s also underfloor heating and, perhaps optimistically for this part of the world, air conditioning. The windows are portholes, natch, but let ample light in during RR’s mid-heatwave stay. 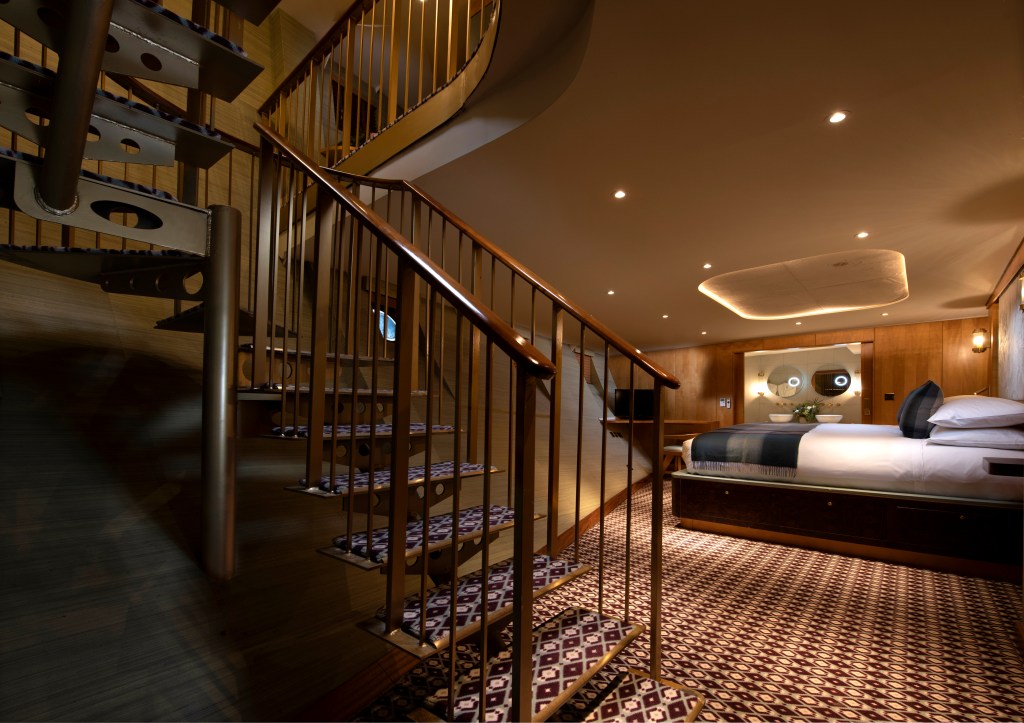 Back upstairs, beneath that aforementioned copper ceiling and looking out of the port through floor-to-ceiling windows, a hearty breakfast option is a north-of-the-border version of what those south of it call “full English”, with excellent haggis added to the typical line-up. True adherents to the “when in Rome” adage, though, will instead opt for the smoked salmon – consistently of the highest grade in any decent establishment in these parts. 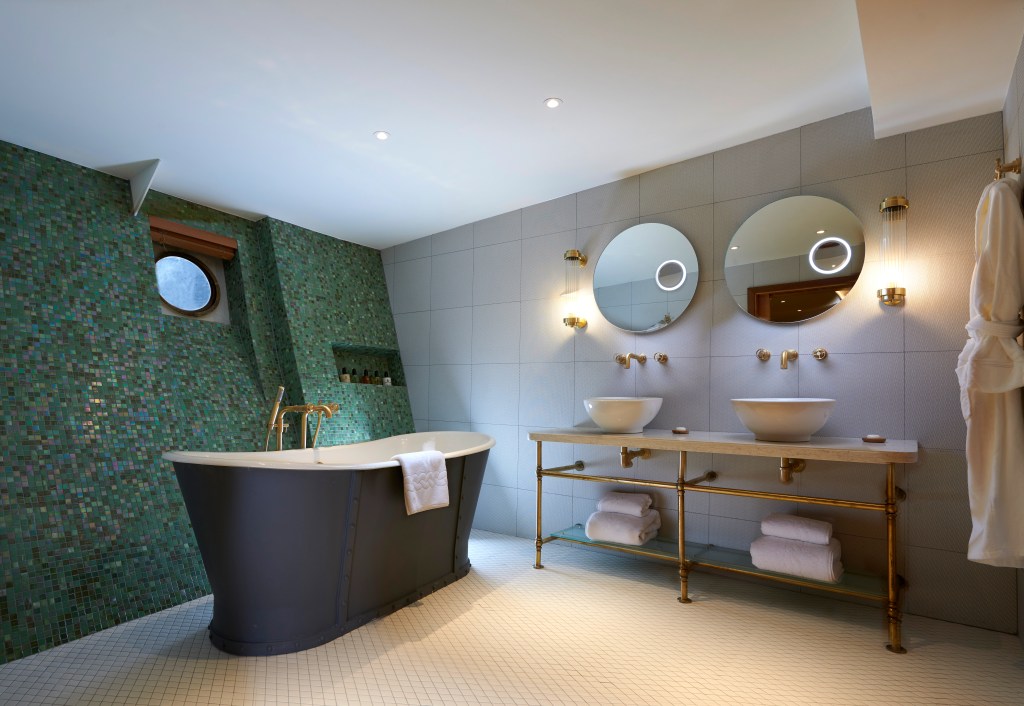 The astounding afternoon tea menu – one which testifies as to why The Fingal has become a world-class foodie destination – includes lovingly prepared delicacies such as truffled leek quiche with aged Parmesan and Oriental chicken wonton and Prosciutto ham with pesto and rocket leaves, while sumptuous evening dishes include West Coast halibut with soft herb crust, saffron tagliatelle, confit vegetables and tomato dressing, as well as corn-fed chicken leg with fondant potato, foraged mushrooms, sautéed spinach and Madeira sauce. The ship itself once navigated the often tempestuous seas from the Isle of Man to Oban and Skye, transporting lighthouse keepers and supplies to remote coastal locations, and for obvious reasons – like the rest of the hospitality industry – has lately found itself in turbulent waters again. It’s hard to think of a hospitality establishment, though, which is braving the choppier waters with more guile. “We’ve introduced some small changes to help guests feel more at ease while eating out in public again, but our core dining experience, luxury cabins and values remain reassuringly unchanged,” says Mari-Nel Scorer, who has been working as the ship’s appointed its first Wellbeing Manager since it opened its doors again on Wednesday 22 July. “We’ll continue to reinforce our world-class reputation as one of Scotland’s most iconic hotels and foodie destinations. A choice of more intimate and flexible guest experiences are now available for small pre-booked groups, including private dining booths in our restaurant, exclusive use of The Bridge and our Skerryvore Suite with private deck and dining for couples.” 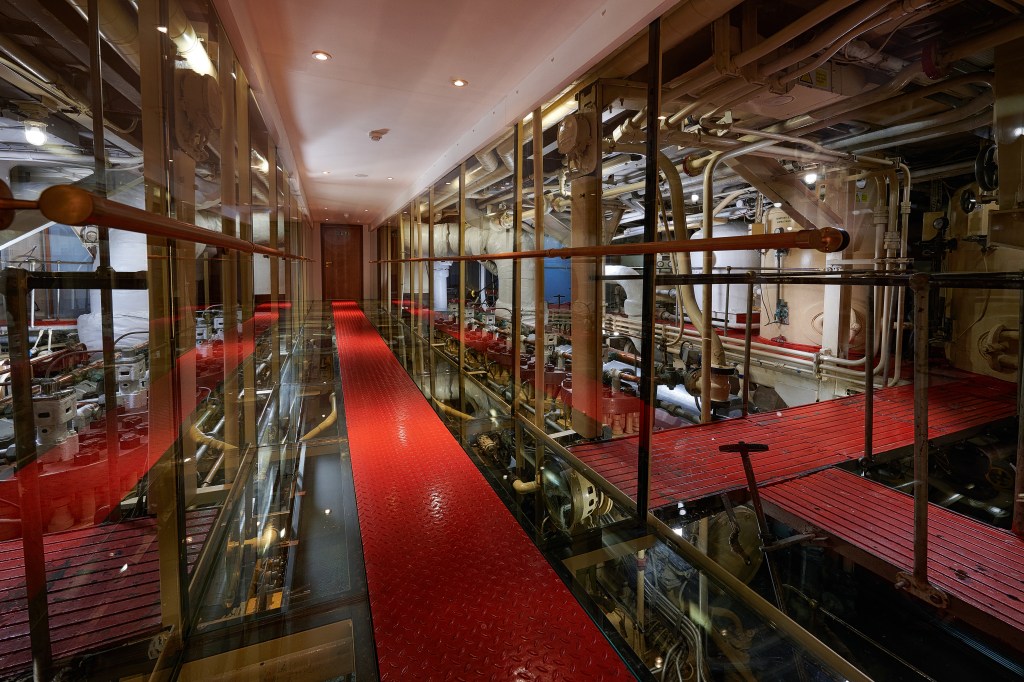 All in all, it’s one of those establishments which makes the notion of post-lockdown staycations anything but obstacle-strewn: instead, it makes this era feel like a prime opportunity to explore the wealth of stunning hotels and resorts in the three nations Brits are lucky enough to call, collectively, “home”.