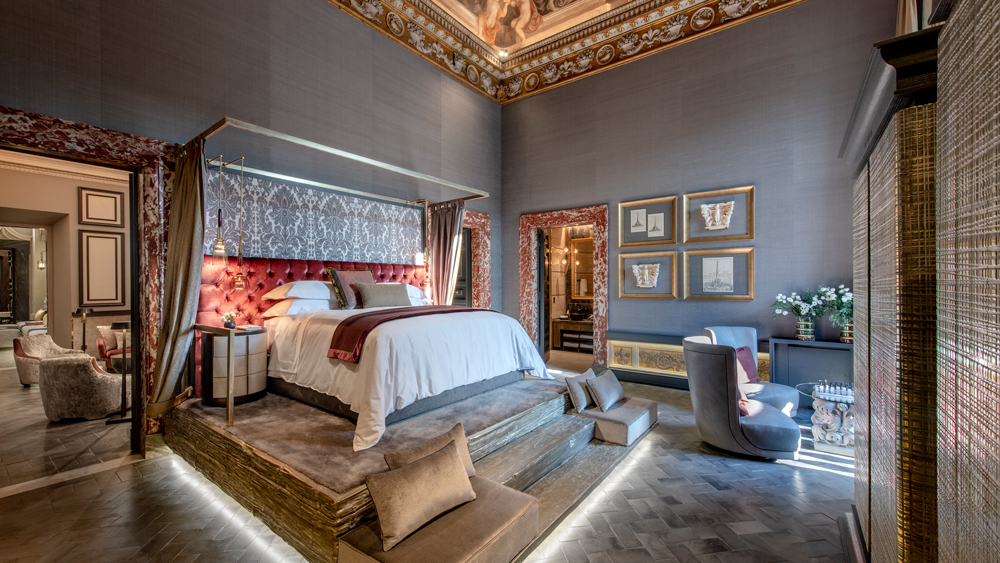 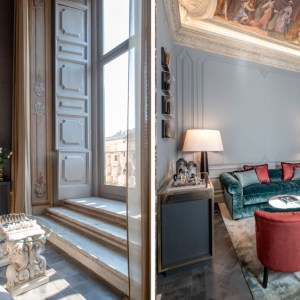 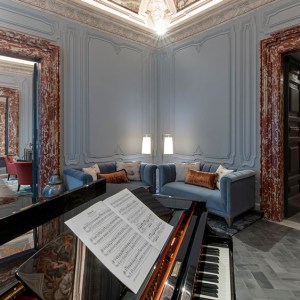 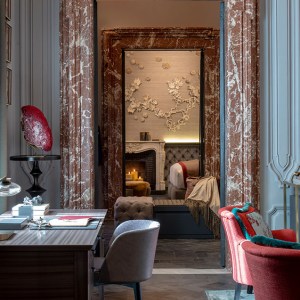 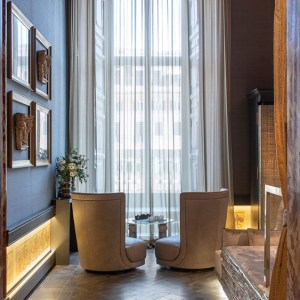 If the centuries-old rumours are to be believed, Pope Innocent X wasn’t quite as holy as his name would suggest. The head of the Catholic Church during the mid-1600s kept a rather impious secret in his elaborate chambers inside Rome’s Sant’Agnese in Agone. Her name was Olimpia Maidalchini.

Their tryst was hardly unknown. Maidalchini was the pope’s widowed sister-in-law, and though he ushered her in and out of his quarters through a discreet inner passage from the church, his bestowal of the title Princess of San Martino (meaningless though it was) upon his mistress was all the confirmation anyone needed of their little affair.

But who could blame Innocent (despite his name)? His baroque apartment was the quintessential love nest. The 8 metre high ceilings, the balcony overlooking Piazza Navona, the richly veined marble and elaborate frescoes—it would be a cardinal sin not to share such a singular hideaway. Evidently, more than 300 years later, that sentiment still stands: As of September, the former papal lair has been reborn as the most extravagant place to sleep (hopefully not alone) in all of Rome.

At Holy Deer San Lorenzo City Lodge—the €10,000-per-night (£8,772) retreat that hoteliers Stefano and Giorgia Barbini have molded from Innocent’s landmarked apartment—the pope would surely recognize his Francesco Allegrini frescoes and red Verona marble doorways, both of which have been restored by local artisans. Not so familiar would be the handblown Murano chandeliers, cashmere textiles, and contemporary furniture in velvet, leather, and silk. Still, the stamp of papal authority is ever present, most notably in the framed bas-reliefs depicting biblical scenes over the bed (an appropriate choice of location, all things considered).

Such adherence to history could have easily become a hindrance, but the Barbinis, who also own an exclusive-use chalet in the Dolomites and a charter yacht in the Mediterranean, are well-versed in the language of modern luxury. They’ve added a chef’s kitchen clad in green marble, a hot tub lined with more than 300,000 handmade tiles, and a library filled with fashion tomes (a nod to Giorgia’s grandfather, Gaetano Savini, who founded the Italian fashion house Brioni). There’s also a music room and a rare wine collection, the latter of which we’re certain old not-so-Innocent would have found adequately stocked.