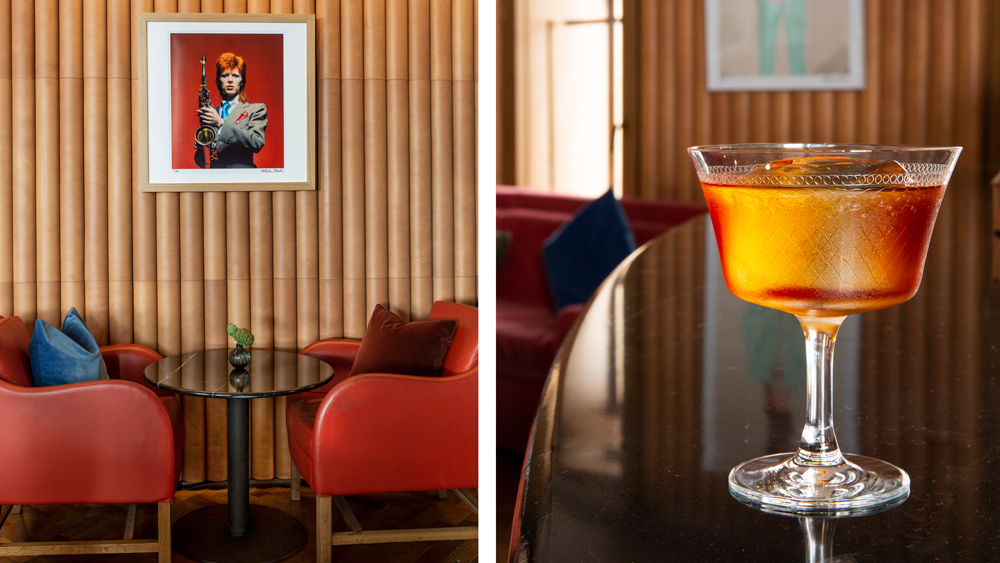 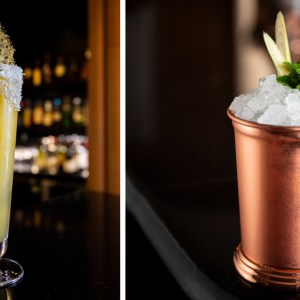 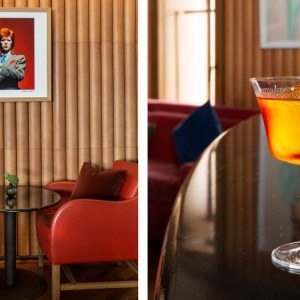 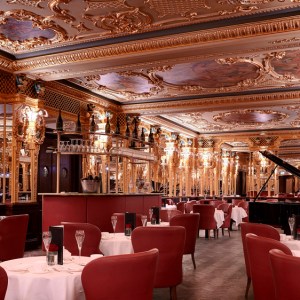 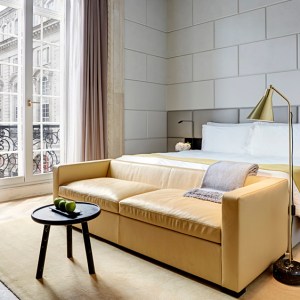 You never know what you might find at London’s Hotel Café Royal. The property, part of the swinging Set hospitality group (which just debuted a top-to-bottom renovation of Paris’s iconic Hotel Lutetia), has surprises around every corner—from the visual feast of the Oscar Wilde Lounge, to the sleek Zen-inspired guest rooms, and thoroughly over-the-top, though never kitschy, themed specialty suites. Of course, this constant delight in the unexpected has been carefully constructed – a nod to the restaurant-turned-hotel’s 153-year long history as one of the city’s capital of culture.  A place where running into some of the most influential names of the day—think everyone from Virginia Woolf, Oscar Wilde, Winston Churchill, and Muhammed Ali—was par for the course.

And while there are plenty of spaces throughout the property that nod to this heritage, its latest installment may its most fun step back into history yet. Come September 20th, the Hotel Café Royal will add Ziggy’s to its already long lineup of buzzy bars and restaurants. As the name suggests, the new bar is an homage to the late David Bowie—who hosted a now-iconic impromptu retirement party (attended by members of the Beatles, Barbara Streisand, and Mick Jagger for starters) for his alter ego, Ziggy Stardust, at the Café Royal in 1973. The space, one of the final pieces of the hotel’s multi-million-dollar makeover of its public spaces, nods to the superstar at every turn, from the slightly retro décor, to rare prints by prolific music photographer Mick Rock, who was Bowie’s official photographer during the last years of his career.

Cocktails at Ziggy’s are all inspired by Bowie’s life, and named for some of his most famous lyrics.  Photo: Courtesy Hotel Café Royal

The menu was also inspired by Ziggy—and the property’s bars and beverages manager Fabio Spinetti has carefully crafted the cocktail list around both Bowies life, and the iconic the Rise and Fall of Ziggy Stardust and the Spiders from Mars album. Each drink has been named after a lyric from that record: think Tiger on Vaseline, a twist on the classic 1970s Pińa Colada complete with Cachaça, roasted pineapple juice and white chocolate foam, and Darkness and Disgrace, a mashup of a Rum Flip and Espresso Martini with dark rum, tawny port, and coffee liqueur. Femme Fatale was created with Bowie’s love for martinis in mind, but uses Japanese liqueur sake in place of gin or vodka as a nod to the extensive sushi menu at Laurent, the property’s new flagship restaurant (and an ideal place to start the evening).

Once you’ve had your fill, and hopefully rubbed elbows with the latest generation of creatives, we’d suggest making your way back upstairs, where the minimalist oasis of your guest room awaits. Though if you’ve booked into the ultra-modern Dome Penthouse, one more drink before bed out on the terrace wouldn’t hurt. And, come November, we’d also suggest making a stop in at Cakes & Bubbles, renowned pastry chef Albert Adrià’s first permanent outpost outside of Spain, for a late-night treat.