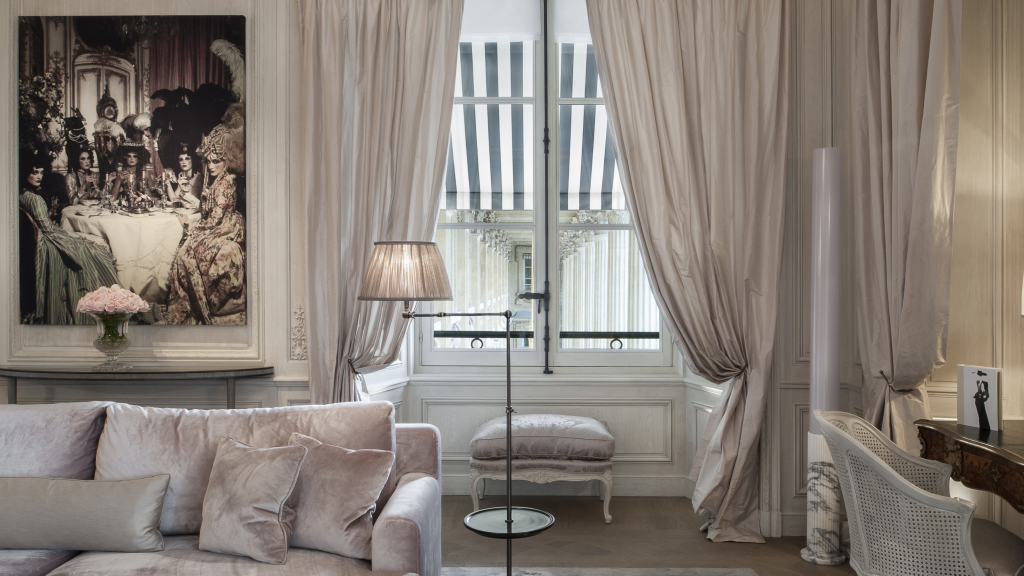 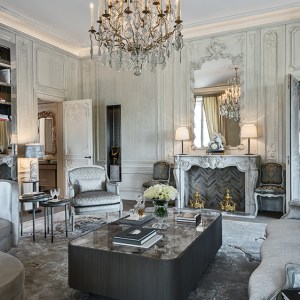 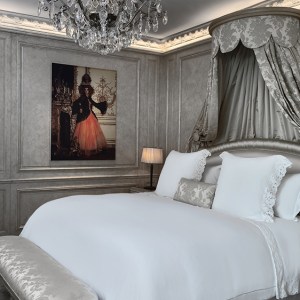 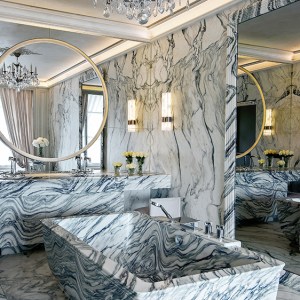 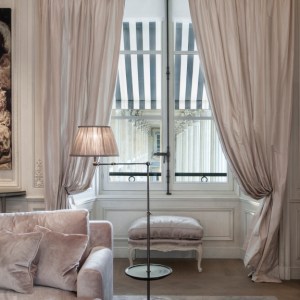 After a four-year renovation, Hôtel de Crillon reopened in 2017, unveiling a magnificent transformation that has made it one of the most venerable addresses in Paris. And while there are several admirable accommodations, from Suite Marie-Antoinette swathed in blush hues to Suite Bernstein with its 1,205-square-foot terrace, it’s the two Karl Lagerfeld–designed Les Grands Appartements that are the property’s pièces de résistance.

The legendary icon—who died unexpectedly on Tuesday at the age of 85—had an affinity with 18th-century antiques and even purchased a model of the Hôtel de Crillon at a Christie’s auction several decades ago. With his Appartements, he created one of the most lavish quarters in the French capital. While the two-ton bathtub carved from a single block of Carrera marble serves as the crown jewel, there are plenty of extravagant details found throughout the suites. Textured grey walls in the living room took nine layers of paint to create a ridged effect. The chandeliers all come from the Kaiser’s personal collection, one of which even features crystals that were hand-selected by the man himself. Cherub-adorned red marble fountains from the property’s original courtyard now serve as sinks in the powder rooms. The large-format photographs found throughout the chambers are a result of Lagerfeld’s time behind a lens. And with a touch of a button, a bookshelf in the curated library reveals the dreamiest of walk-in closets.

Adjacent to Les Grands Appartements with its own foyer is a room dedicated to the designer’s beloved feline, Choupette. Decorated in black and white stripes with a carpet meant to evoke cat scratches, it might be the Crillon’s smallest space, but it’s certainly the most adorable. When all three suites are combined, the pied-à-terre spans over 3,600 square feet. Not only is it one of the largest hotel accommodations in the city, but it’s also the chicest—and perhaps the most stunning example of luxurious living left behind by one of our time’s most prolific designers.