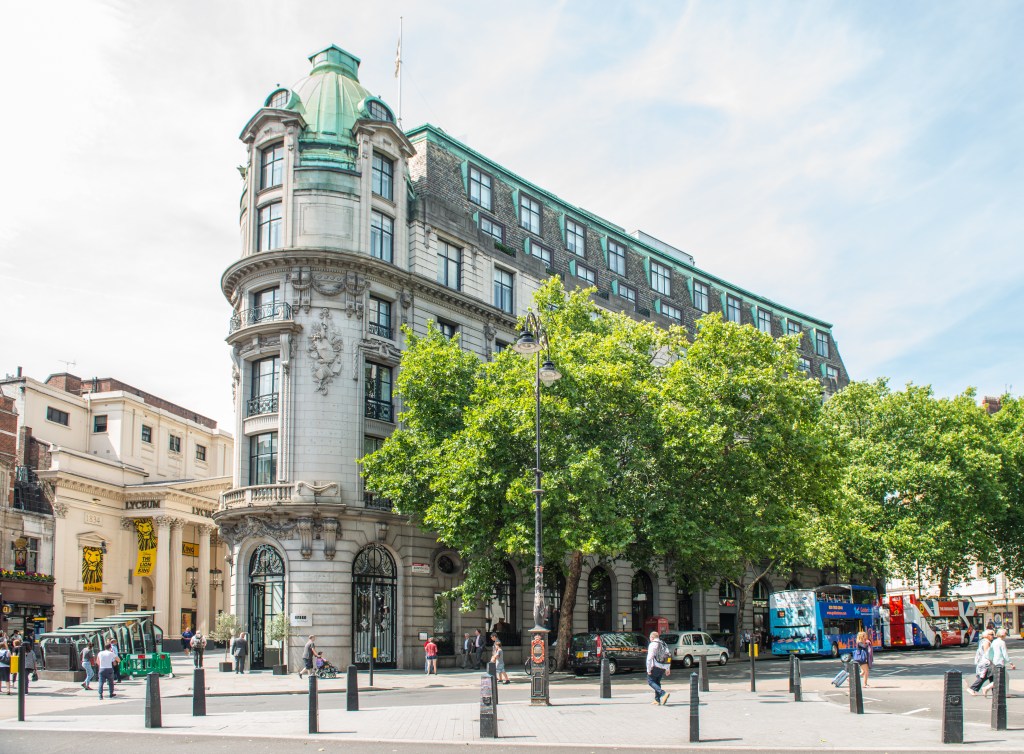 Ever imagined finding yourself all alone in a pulse-slowing, beautifully appointed spa, whose chlorine-free pool has underwater music, just metres from the stage of the Lyceum Theatre and within a ten-minute walk of 20 other major theatres, as well as The Royal Opera House, The Tate Modern, Somerset House, The National Gallery and The South Bank? On a rain-pummelled Saturday afternoon?

Admittedly it may not have crossed your mind – but if such an exquisitely offbeat notion excites, make a booking then a beeline for a three-sided Edwardian edifice, from one angle markedly reminiscent of New York’s Flatiron Building, in the heart of Theatreland: One Aldwych, whose doors were finally flung open once more earlier this summer, having been sealed for five months for a refurb that has genuinely – and there’s no danger of hyperbole here – made this the most appealing, for our money, of any central London five-star hotel.

There’s much beyond the extraordinary setting and unfathomably punter-free spa to draw discerning punters here. Robert Angell – whose interiors include those of London’s Berkeley and Vienna’s Hilton – has furnished the 86 rooms and 16 suites with a kind of a breezy, homely elegance, juxtaposing muted, pastel colour schemes (coral, celadon green, lavender) with flashes of homage to British heritage (think throws by Skye Weavers, ‘English Leaf’ bathroom amenities by Mitchell & Peach, and so on).

Angell has also made a meticulous job of maximising each room’s natural light in adherence to its individual shape and angle (see above), while if you find yourself ensconced in the unique circular bedroom of The Dome Suite, right beneath the building’s copper cupola, his achievement in making the vistas over The Thames unrestricted will have any visitor with a soul marvelling.

There are 350 or so contemporary artworks on display, including André Wallace’s iconic sculpture Boatman with Oars in the Lobby Bar, a pair of papier-mâché dogs coated in Beano comics and pound notes by London artist Justine Smith alongside pieces by Cecilia Vargas and Richard Walker in reception. These mingle with witty touches such as text block-etched into the bar tables – a nod to the role for which the building was commissioned in 1907 (this was once the HQ of The Morning Post newspaper). The resident’s lounge has a selection of art books curated by Sir Paul Smith, meanwhile, as well as a screening room available for private hire.

An artful welcome at The Lobby Bar

Food wise, main restaurant Indigo is all about informal dining made from British Isles ingredients, executed with such aplomb by Executive Chef Dominic Teague that you won’t even notice it’s gluten and dairy-free; there’s also excellent Spanish cuisine at Eneko Basque Kitchen & Bar and an afternoon tea, inspired by Roald Dahl’s Charlie and the Chocolate Factory, that’s aimed more at customer’s inner-infants than their actual ones.

Thoughtfully crafted seasonal cocktails are quickly becoming a pre-theatre staple at the Lobby Bar – but you’ll need at least an overnighter here to take in the full, newly replenished menu of marvels, on offer for all the senses, at an exemplary urban hotel. A warm welcome back to the scene, One Aldwych!

A night in the Terrace Suite (pictured above), with outdoor space and views of the rooftops of Covent Garden, start at £1990 per night. onealdwych.com