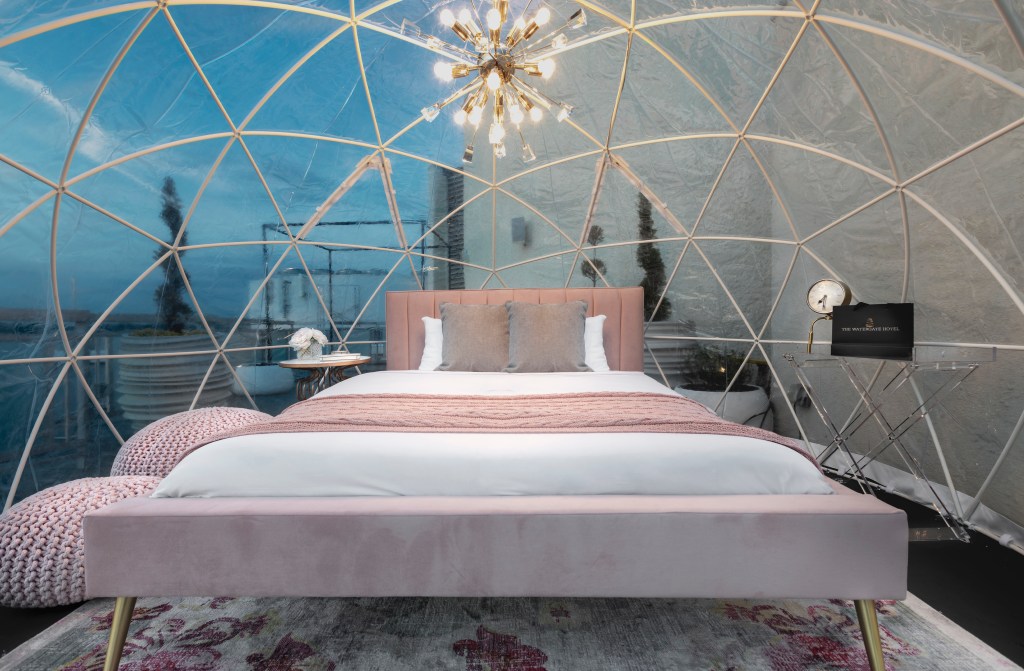 July 20th will be the 50th anniversary of the moon landings: and Washington DC would appear to be the number one city to celebrate the semicentenary of Neil Armstrong and Buzz Aldrin’s literal and proverbial giant leap.

In homage to this crucial moment in modern history, The Watergate Hotel has created a rooftop glamping experience ( $4,000, or around £3,200), allowing guests to get closer to the cosmos by spending a night under the stars.

The Top of the Gate – the hotel’s rooftop bar with 360-degree views across DC – will make for a moody setting in which guests can enjoy Tang cocktails, house made moon pie and traditional campfire s’mores. There’s also a moonlight yoga class designed to promote a restful night’s sleep, including moon juice dream dust, moonstone gems and essential oils. Your own private telescope will be set up for optimal moon viewing.

A private experience of the National Gallery Art Exhibit “By the Light of the Silver Moon” is also thrown in, along with a star map of the constellations from July 20th 1969, which will be shipped to guests’ homes subsequently to their stay.

While in DC, it’d be remiss not to take in The Smithsonian National Air and Space Museum in DC, which is commemorating the first lunar landing with a special exhibition, Destination Moon: The Apollo 11 Mission. The display of Armstrong’s spacesuit will help set the stage for the unveiling of a completely reimagined permanent gallery at the National Air and Space Museum which is scheduled to open in 2022. Visitors will also get to see high-resolution images from the Lunar Reconnaissance Orbiter, view the moon in 3-D, “retrace” the astronauts’ steps from the lunar module and much more.