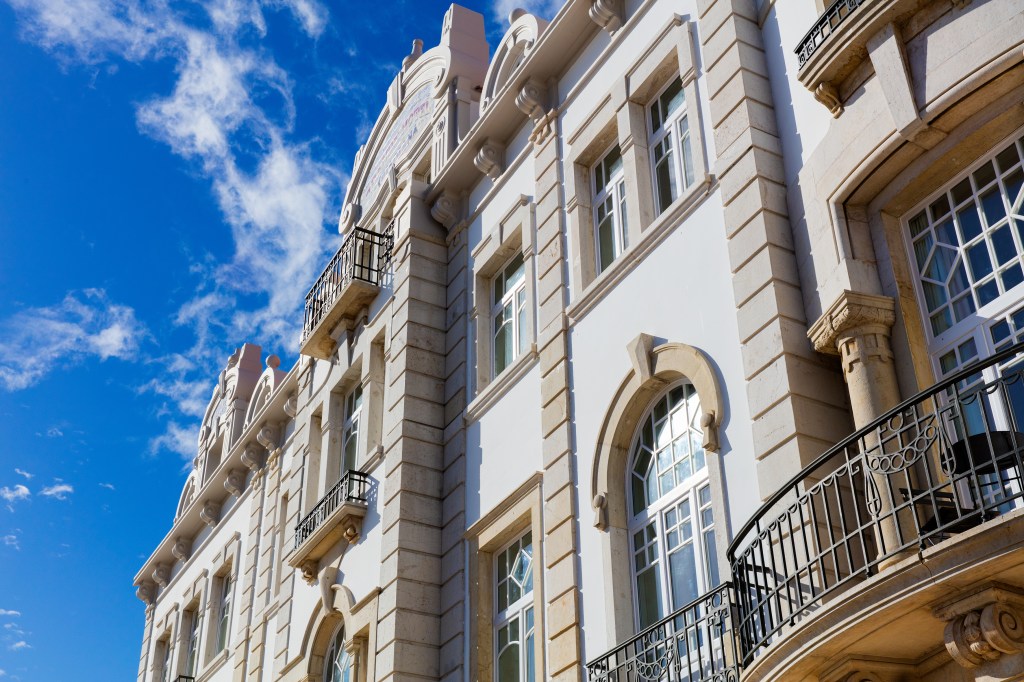 Whether it’s spice warehouses, Victorian slaughterhouses or colonial army barracks, converting buildings with utilitarian pasts into luxe hotels is all the rage all over the world. And, the five-star Grand House in Vila Real de Santo António, Portugal’s eastern-most town, has one of the quirkiest industrial back-stories of them all.

Built in 1926, in a region surrounded by natural pine tree reserves and salt plains, the building – which looms above its neighbours on a strip overlooking the town’s marina – started out as the nucleus of a local tinned fish industry that goes back to the 17th Century. Visitors from its industrial heyday taking a tour behind that grand edifice today would be stunned by what they encountered, following a refurb backed by Portuguese hotelier Luís Fernandes. 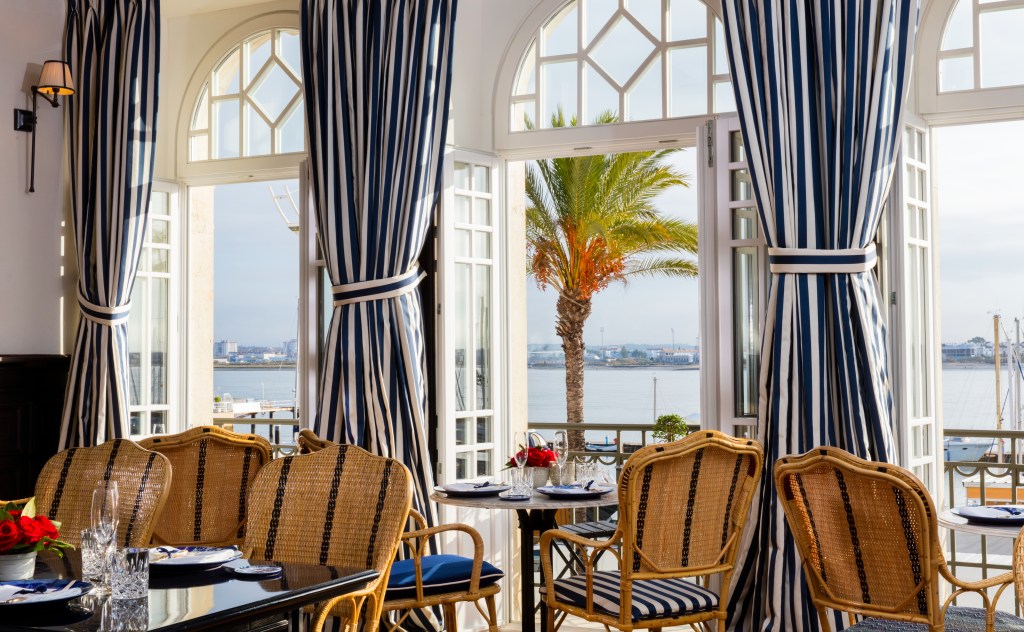 Climb the wide stone staircase that greets you on entry and you’ll find a roaring-twenties vibe which Marita Barth, General Manager and a hospitality maven who has been involved with Grand House’s transformation from the start, describes as “both nautical and colonial, but a little bit ‘gentleman’s club’ – and also a little bit ‘Casablanca’”. Chandeliers, antiques and 20s artworks all enhance the effect (as do touches such as the jovial flapper-era music in the main restaurant, pictured above).

In the 30 light-filled bedrooms, meanwhile, the local design company behind this renovation, White & Kaki, have opted for soothing colour palates, stucco flourishes and gorgeous monochrome prints. Barth calls it “Non-showy opulence” and, in keeping with that nautical tinge, it’s all very shipshape, so to speak. Take a closer look at the original features the new owners have left in place, though – “We wanted to do the refurb with an understanding of the house’s story, its soul,” says Barth – and you’ll find gentle reminders of just how storied this building is. 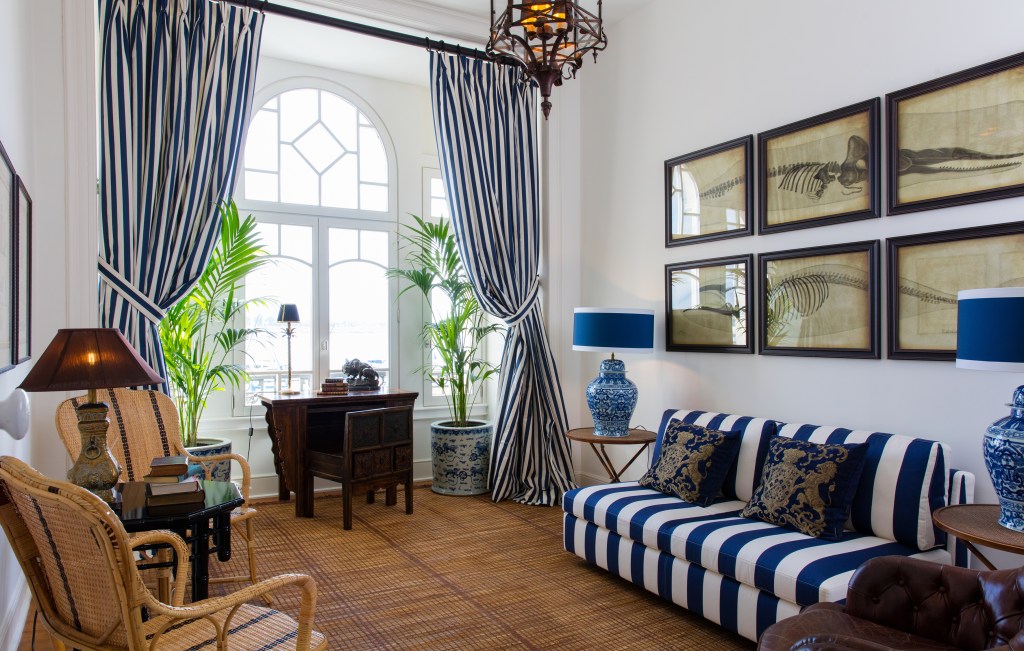 These weathered touches – imperfections on the ornate mouldings; slightly tarnished art-deco mirrors; minor distress to banister railings – are constant reminders, for Barth, of the first time she entered the interior of a dilapidated building strewn with long discarded, stained coffee cups and part-full Champagne glasses. “It had been out of use for seven years – and it was completely in a state,” she says. “The floor was rotten. There were pigeons living in it. You couldn’t use the stairs safely. The glass was broken and the window-sills were crumbling. But finding somewhere in that state means I get to imagine how it can be. I’m into cosy, small places, which I can nurture and build up, and put my whole soul into.”

The hotel’s slogan – an Anglicism, like its name – is ‘Ain’t Life Grand’, and a homeliness pervades the whole atmosphere (if only there were a warm-climate equivalent to the word “hygge”). Guests, many of whom seem to have stepped off yachts in the marina rather than journeying from Faro Airport a mile away, conduct themselves with quiet congeniality, whether holed up in the library or muttering pleasantries over a restaurant table. 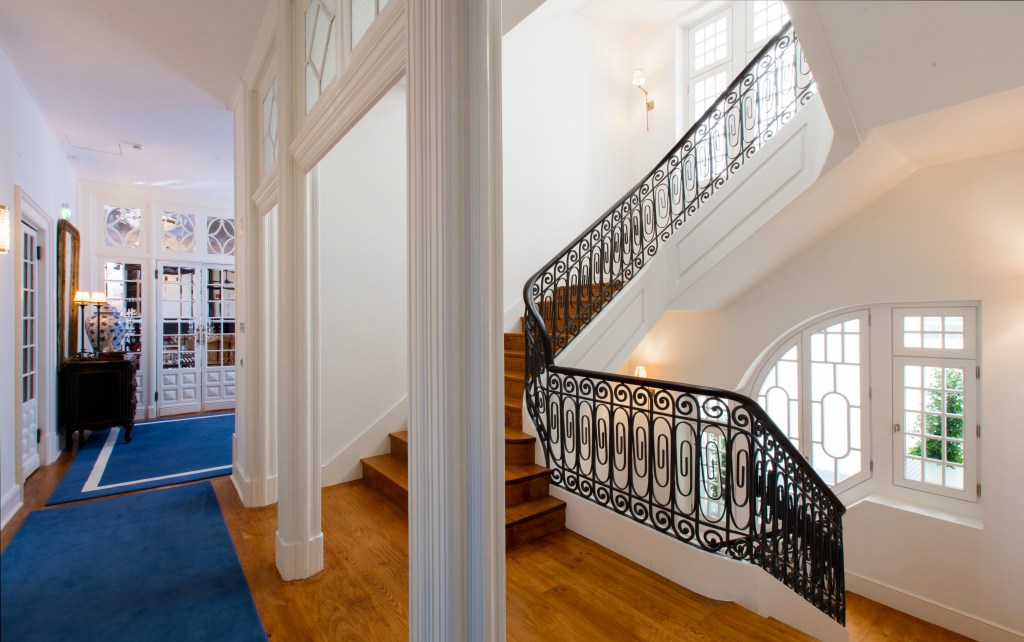 The food at said restaurant, Grand Salon, is Chef Jan Stechemesser’s personal interpretation of Portuguese gastronomic heritage. Amuse bouche offerings include Muxama (or “ham from the sea” – aka tuna), pork croquettes and salmon in seaweed crisp cuttle ink. This, should you opt for the degustation menu, will be followed by black pork with pumpkin and olives, octopus carpaccio and other lovingly prepared small-plates.

On the a la carte front, think generous helpings of braised lamb ragout with broad beans and apple puree, or – another favourite – red mullet filet and razor clams from the local Ria Formosa national park with fennel. Two further restaurants are set to open: one this Summer; another, which intriguingly will have an “Orient Express vibe”, in Summer 2020. 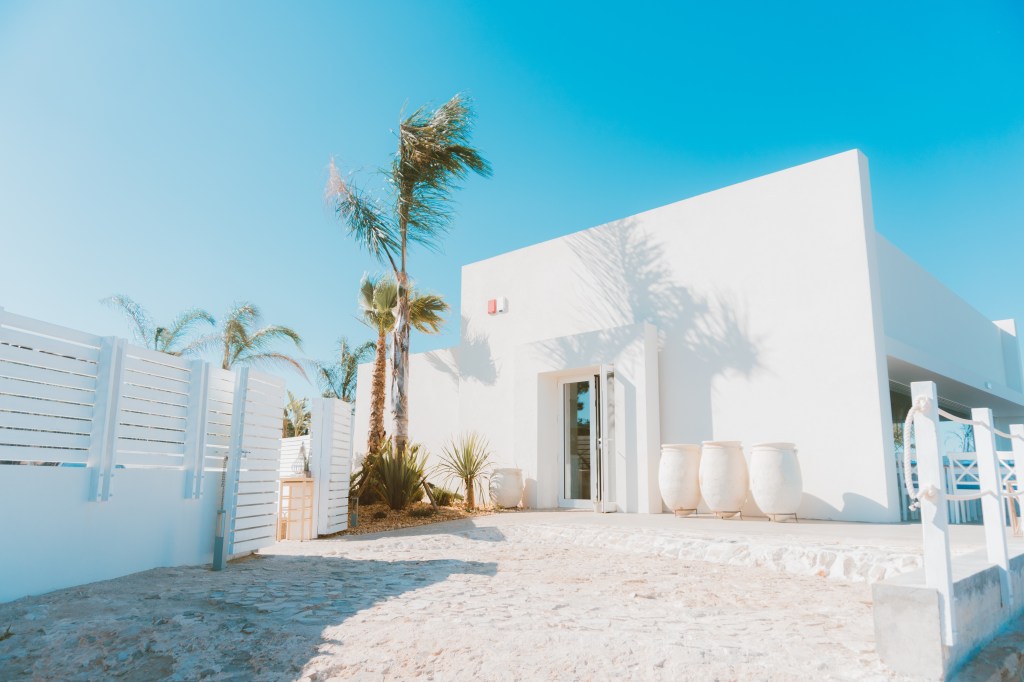 A few minutes away, where the Guadiana River and the sea converge, is the hotel’s Grand Beach Club (above) where guests can while away some hours poolside or on a small, pleasant beach. Here, the food is more comfort-based, the atmosphere a tad hipper (think freshly caught octopus, barbecued fish and grilled steaks, served to a soundtrack of softly-pulsing dance beats in a tastefully appointed, modern space with DJ decks at one end hinting that things ramp up after sun-down). In either premises, you’ll want to try out the cocktails – these guys take their Hemingway Specials and Tom Collins’s very seriously indeed, and even offer mixology courses.

If you can tear yourself away from the property and its off-site annexe, try a stroll around the town whose grid-system streets lead to a large, agreeable square: a pleasantly serene experience early doors; an exercise in blissful anonymity in a bustling, off-the-radar mini-metropolis restaurant-lined, pedestrian thoroughfares have stirred to life. 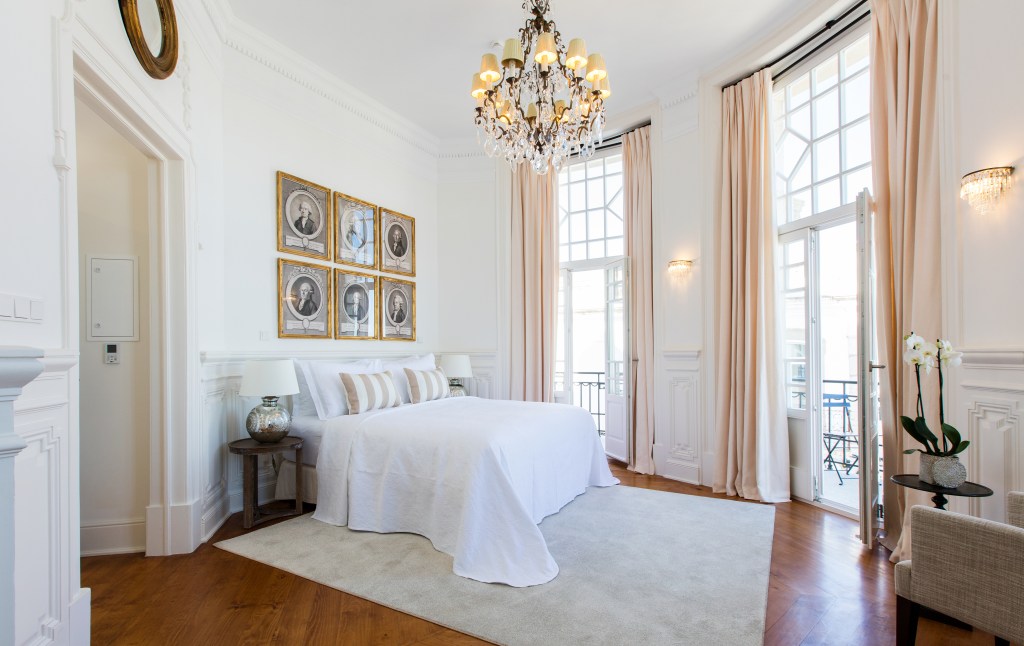 A popular excursion is a trip on a tiny ferry to Spain, where you’ll find an entirely different language, atmosphere and cuisine despite the proximity. Passports aren’t needed, but beware the one-hour difference and, if going for a tapas lunch, bear in mind the siesta – unique to that side of the water.

Barth describes the town as “a hidden gem of Europe, not just Portugal”, which has “Riviera-style” charm thanks to the marina. “We don’t want the whole world to know about it – it should be a hidden gem to some extent – but we want the right people to know we’re here,” she adds. And every Robb Report UK reader should feel very flattered indeed by those words.