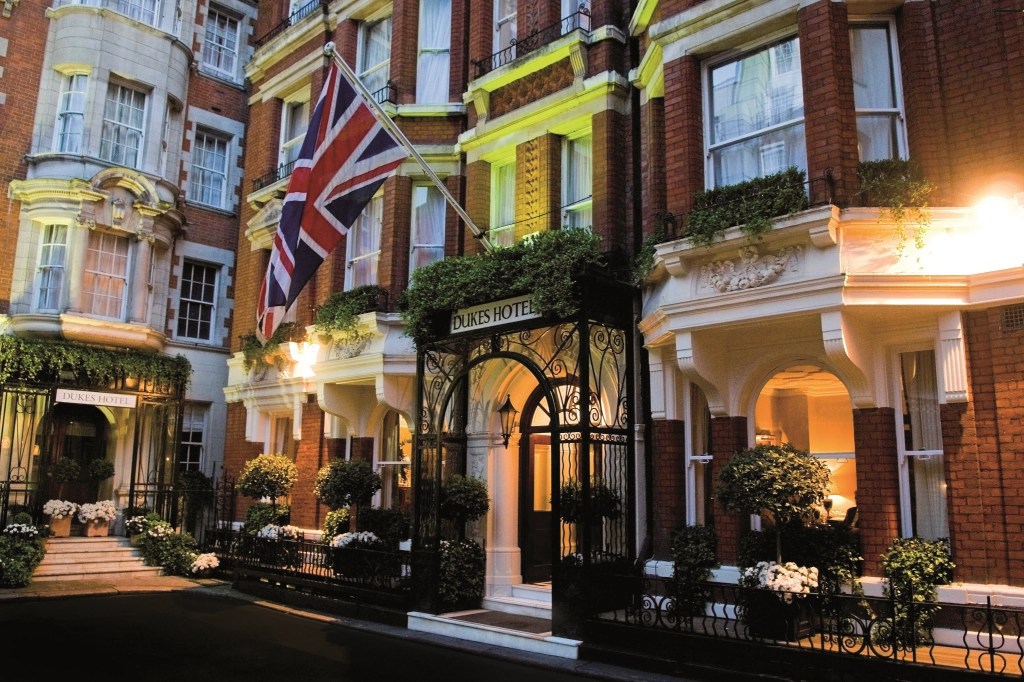 Since Henry VIII built St James’s Palace here in the 1530s, the area of St James’s in Mayfair has always been home to the beau monde, with blue-plaque festooned buildings and your favourite boutiques tucked discretely into the streets and alleys running south of Piccadilly. Situated in a quiet courtyard on St James’s Place, DUKES LONDON riffs on a theme of luxury and historical heft of a very British variety.

Renovated last year to revitalise its public spaces and its 90 rooms, including the addition of 22 Deluxe Rooms designed by UK-based creative agency DesignLSM, the hotel has a feeling of restrained elegance. Rooms are done out in a palette of greys, greens and golds, including features such as marble-tiled bathrooms, velvet-soft armchairs and a smattering of dark-wood furnishings and equestrian-themed etchings which lend a certain aristocratic hauteur. The overwhelming effect is of home-from-home tranquillity – making it rather difficult to prise oneself from the obscenely comfortable mattress and the hypnotic view of swaying treetops in neighbouring Green Park. Suddenly the 24-hour room service menu seems very tempting… 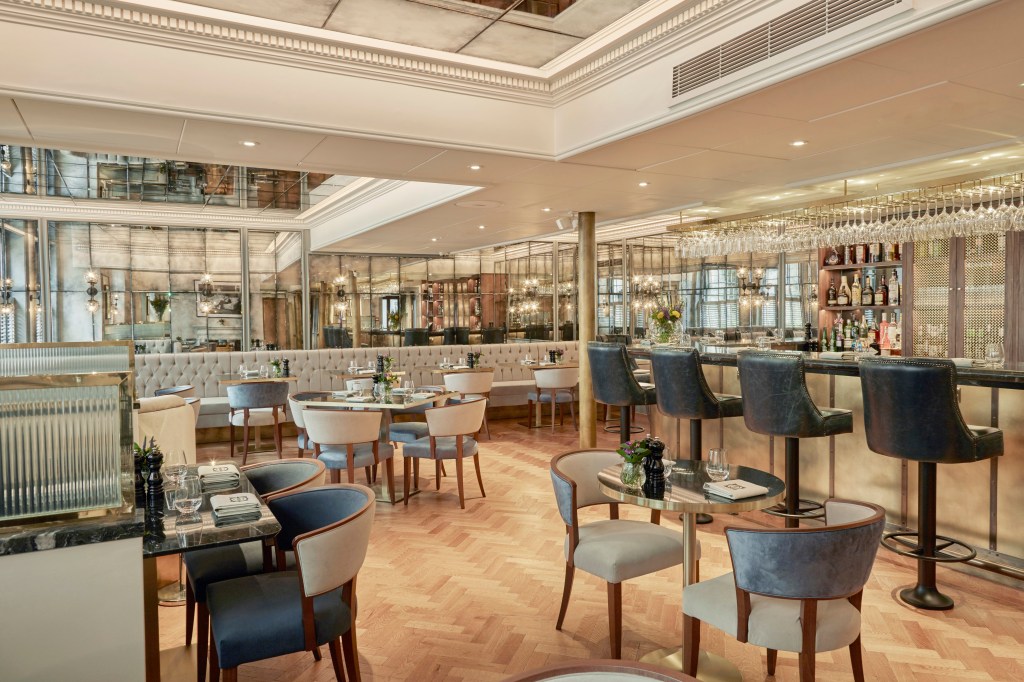 Breaking the spell is to be advised though, not least in order to sample the delights of DUKES’ restaurant, GBR (Great British Restaurant), which launched last year as part of the refurbishments. Head chef Nigel Mendham has developed a menu that celebrates the rich bounty of the fields and shores of these isles, placing a focus on seasonal ingredients. Encouraging conviviality among dining companions, dishes are designed to allow sharing and are presented with a clarity that allows individual elements to shine. Gin and beetroot cured Norfolk longshore cod, for example, has a sashimi-like elegance, with the use of gin giving a nod to DUKES’ impeccable cocktail pedigree. The dining room itself is spacious, channelling the roaring twenties with its generous plush furnishing, mirrored wall and black and white photography of insouciant flappers.

The GBR cocktails are a marvel in their own right, but DUKES is an establishment which takes spirits seriously, and it would be churlish not to pay a call at the legendary DUKES Bar (see above), renowned for making some of the finest martinis in London (Ian Fleming was a famous patron). With its original mahogany bar and marble fireplace, the bar has feeling of a well-appointed drawing room, with patrons lounging at ease in velvet armchairs.  There’s a long-as-your-arm list of Martini variations on offer along with other cocktails, but full marks on this occasion to the classic Vesper martini, concocted at the table from a cocktail trolley loaded with citrus and iced spirits, by a bartender summoning just the right amount of Bondesque dash. Post-cocktail, you could move on for a while to the Cognac and Cigar Garden to really put a seal on the evening. 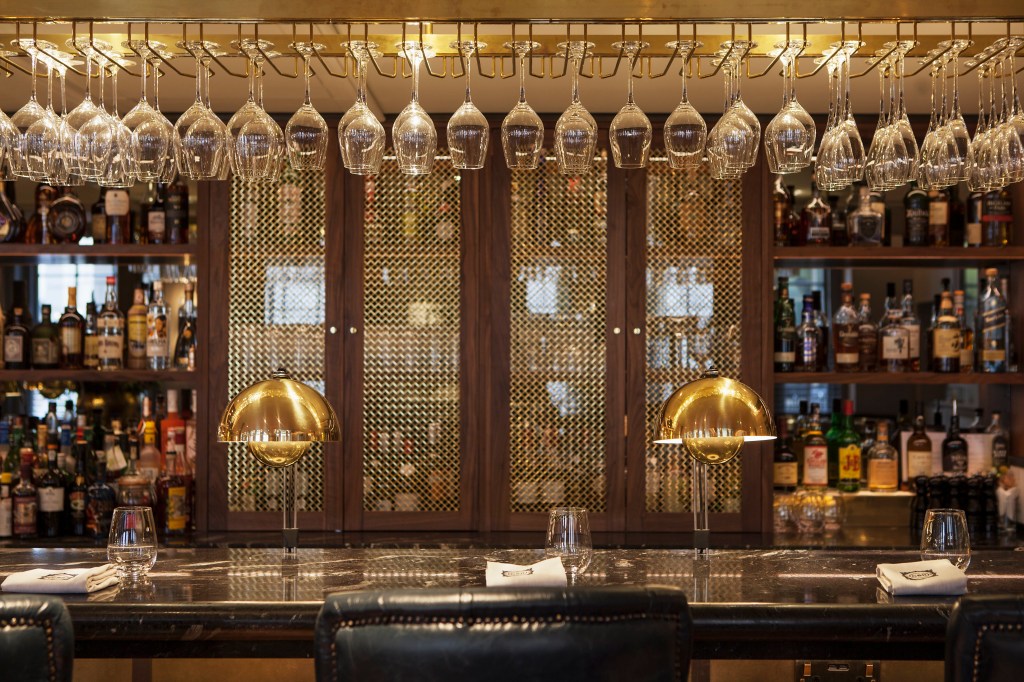 After a reviving session in the Health Club the next morning, or perhaps a short stroll up to Jermyn Street for an appointment with your shirtmaker, rounding things off nicely with a DUKES picnic is to be highly recommended.  What better way to revel in the full splendour of Green Park, or its neighbouring St James’s Park? – and fortunately, DUKES can provide visitors with the most sumptuous of spreads, complete with butler service, crisp cotton and china and, of course, a bottle of wine  – chilled and sparkling or a sun-warmed glass of something scarlet, as takes your fancy. 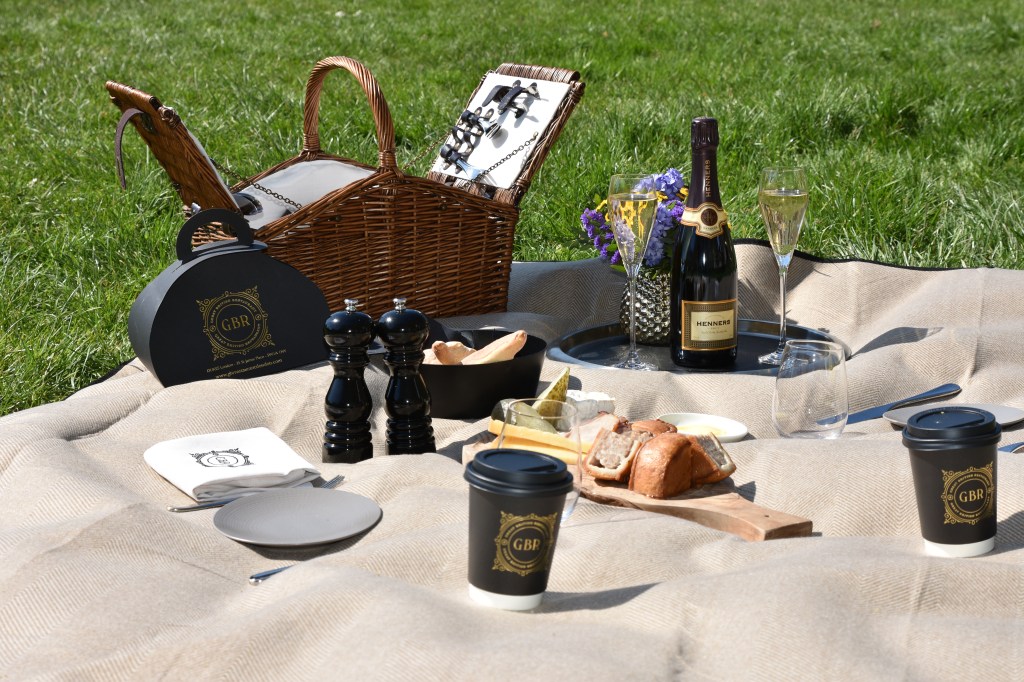 It’s rather a stately feeling to watch the world go by during the slow progress of a four-course picnic complete with such goodies as salmon mousse, pea guacamole and a perfectly wobbling Scotch egg (vegetarian, vegan and children’s menus are also on offer). With just a little Blitz spirit (umbrellas, blankets, inventiveness) such a treat can be enjoyed throughout the British summertime, but we would recommend looking out from the dappled shade of a lime tree on a hot summer’s day as a particularly edifying experience. 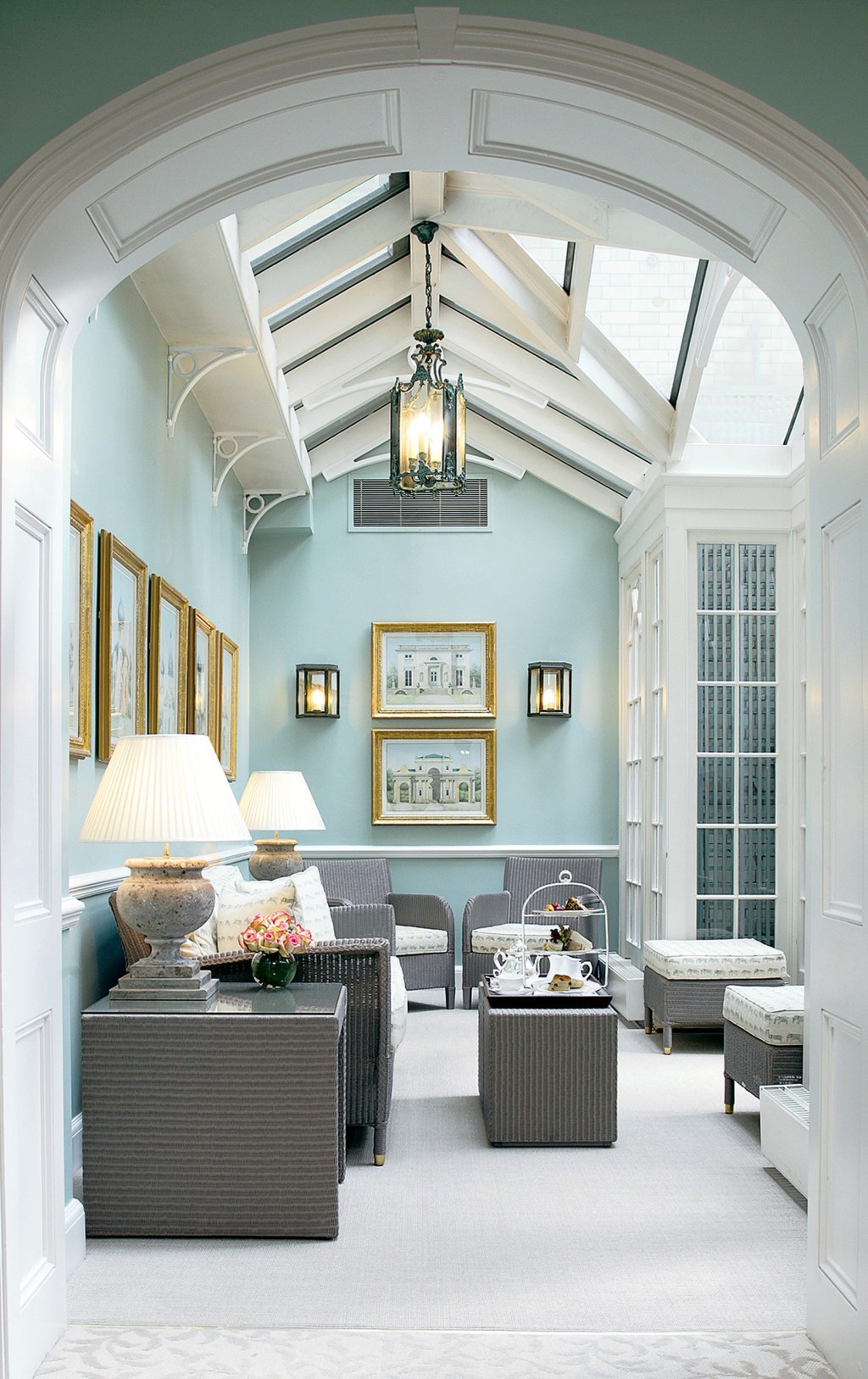