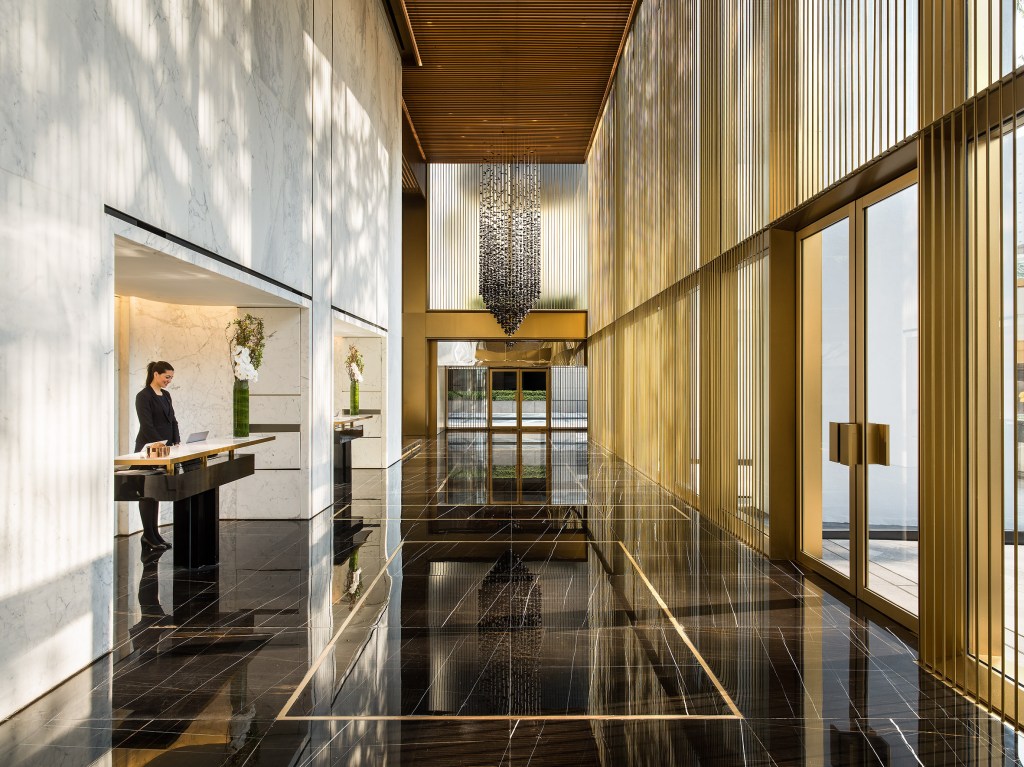 It’s hard to imagine, strolling beneath The Murray’s modernist three-storey archways and into its stately lobby, then taking in its black marble floor and unabashed gold flourishes, that the space you’re occupying was once a military detention centre; that later on, from when this edifice was built in the late 60s, it was toiling civil servants, rather than well-heeled visitors to Hong Kong, who got to enjoy the benefits of British architect Ron Phillips’s decision to design those recessed windows to block the sub-tropical sunlight and allow views of surrounding greenery.

Wedged between Garden Road and Cotton Tree Drive in Central, and reached on foot via a staircase through Hong Kong Park and the pleasant cathedral grounds opposite the iconic HSBC building on Hennessey Road, the Murray is a testimony to the fact that excellent architecture stands the test of time: especially when intelligently repurposed. 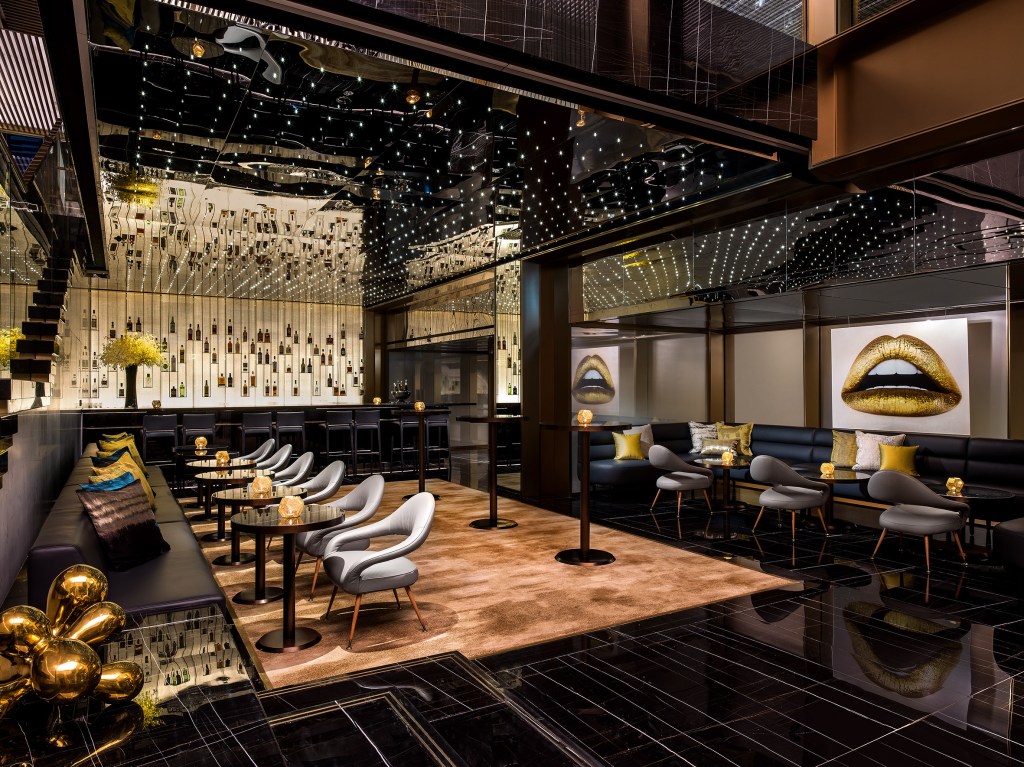 A rooftop bar, basement swimming pool and 336 rooms, whose leafy views give the lie to Hong Kong’s “Gotham City” stereotype (Hong Kong Zoological and Botanical Gardens are close by), were all factored into a masterly redesign by Foster + Partners, commissioned by the government in 2013, which retains key elements of the building including an old tree which now is the focal point of the arrival area. Each room is done out in a tasteful white, gold and black with lots of stone and leather – no forced interior design repartee here; just standard contemporary, five-star urban good taste, but executed with flair and precision – and is very spacious considering the location.

The excellent 24-hour room service, surprising quietude and superb black out blinds, meanwhile, may well conspire to see you spend more time in your digs than you’d planned to. Art buffs will want to linger plenty in the public spaces, too, with Korean artist Bahk Seon-ghi’s charcoal-and-nylon chandelier in the lobby setting a modernist tone which continues all the way to Popinjays restaurant on the top floor. 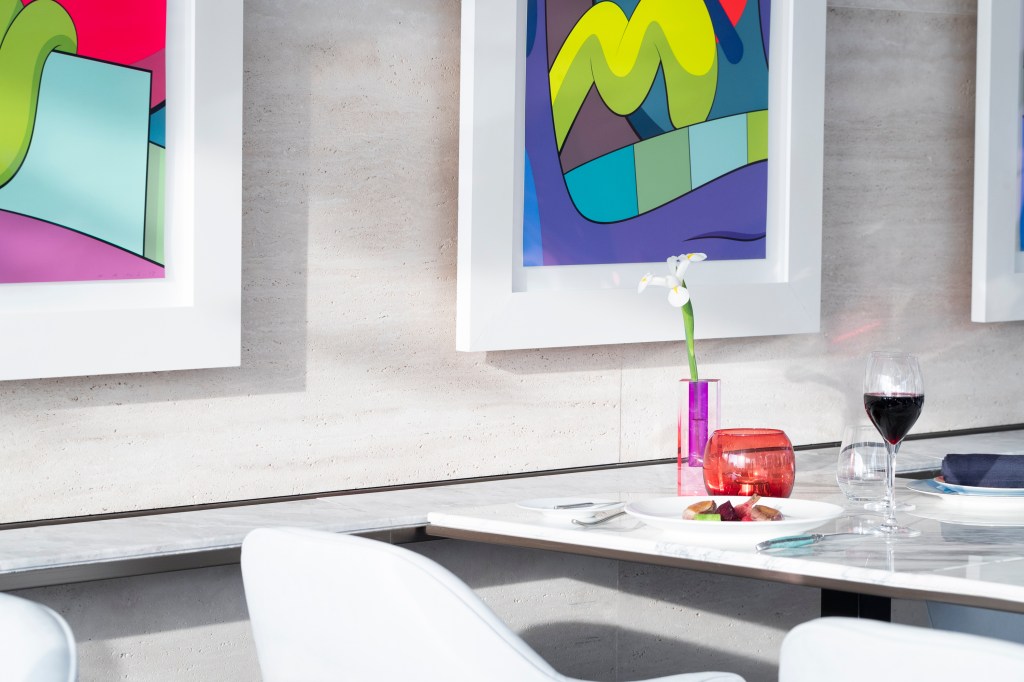 Modern artworks in Popinjays restaurant  What The Fox?

Naturally, being a five-star establishment in the dead centre of a cosmopolitan business and tourism hub, The Murray’s culinary repertoire is broad: and the offering has just been enhanced by the appointment of a new Executive Chef, Terrance Crandall, formerly of The Peninsula Shanghai. The Tai Pan is where business folk chat in heavily accented but impeccable English dine on international dishes and grilled specialties while overlooking the Cotton Tree Terrace; the Garden Lounge is where to savour The Murray’s signature afternoon tea or savoury light bites accompanied by speciality teas by Jing.

Those of a “When in Rome” persuasion will opt for Michelin-starred Cantonese fare in Guo Fu Lou, which is situated in a separate Pavilion, while the aforementioned rooftop eatery Popinjays – named not after the rakish expats who roam these parts, but the cockatoos that, despite everything, still consider this their natural habitat – is where Didier Quennouelle’s European gastronomy combines splendidly with magnificent city views (this being on the 25th floor, you get to take in Hong Kong’s trademark mountain/skyscraper juxtaposition with your meal). 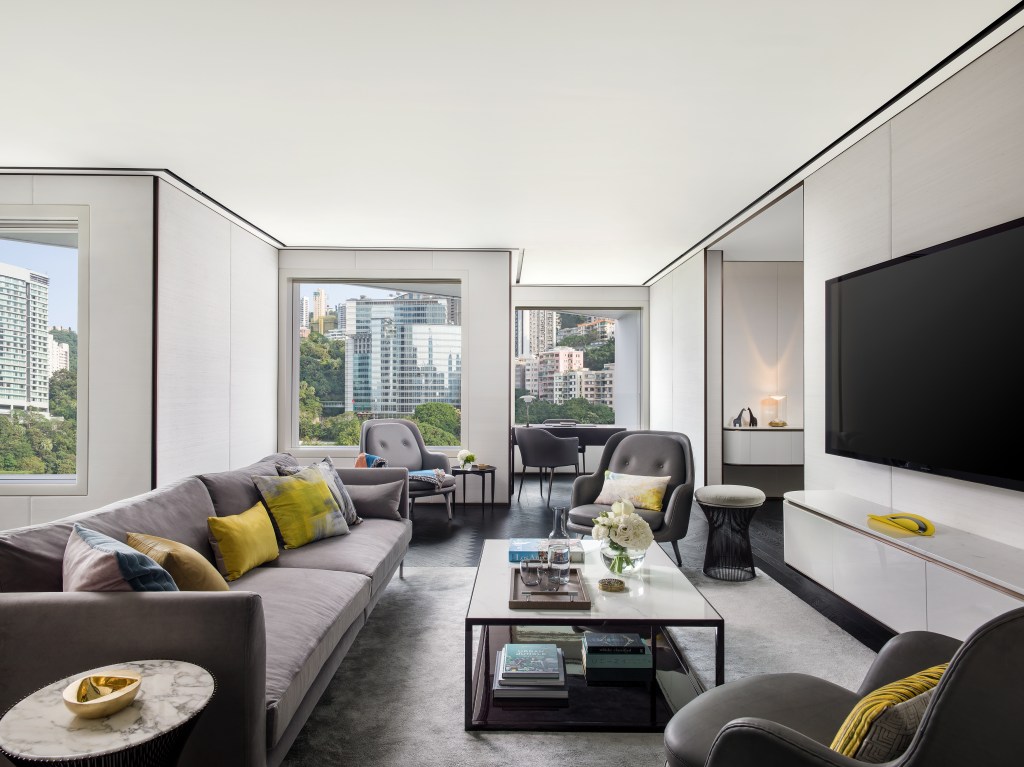 It’d be remiss not to try out the wine-matching here: the house sommelier’s recommendations – Mahi Sauvignon Blanc from New Zealand in the case of crabcake, passion fruit salad and lime mayonnaise; an oaky Chardonnay from the Banshee vineyard on California’s Sonoma Coast with the lobster bisque; the complex, medium-bodied  ‘Seresin’ pinot noir from New Zealand’s Marlbrough estate with the chef’s signature marinated codfish dish – are considered as well as a gloriously decadent.

Add to all that the aforementioned swimming pool (a treat in any city-centre hotel – but here?) plus 24-hour gym and spa, personal trainers available for workouts or hikes and a service culture that’s attentive but less starchy than that usually found in five-star establishments in the Far East, and you have a hotel that seriously ups the ante in a city with one of the most competitive luxury hospitality sectors on the planet.

No doubt the British military’s Master-General of the Ordnance Sir George Murray would be as bewildered by so lavish an establishment being named after him as he would be the cloud-nudging edifices outside. 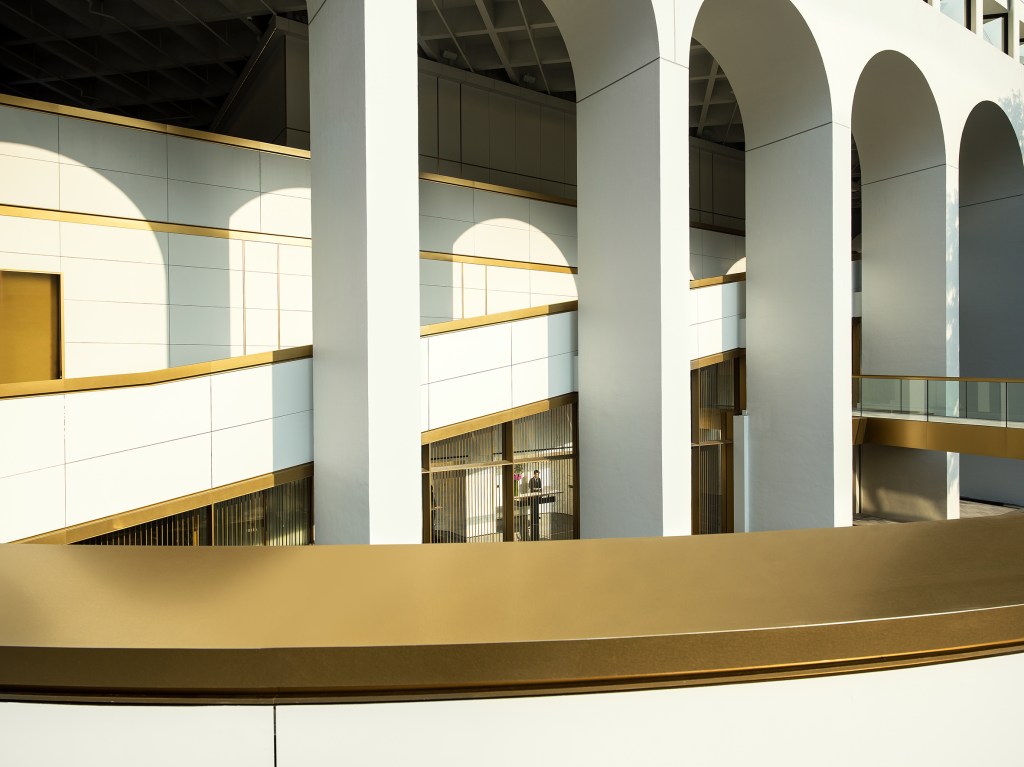