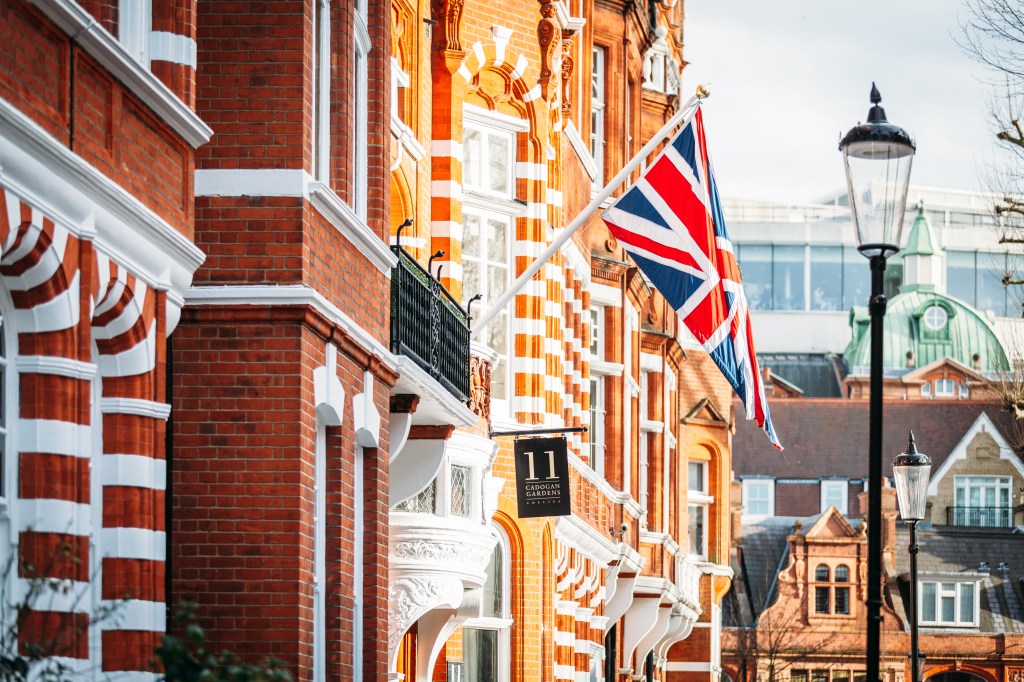 Relais & Châteaux: the globally recognised name drips glamour, class and exceptional service. Founded in 1954, the prestigious hospitality association owns and operates 580 beautiful hotels and restaurants on five continents, from the beaches of the Indian Ocean to the Napa Valley vineyards and Provence.

You’ll often find entire families running these five-star establishments, dedicated to upholding the finest traditions of service, cuisine and amenities, protecting and preserving the local heritage and environment, and creating lasting relationships with their guests. And today the prestigious association has named 11 Cadogan Gardens as its only London hotel.

Step through the doors of 11 Cadogan Gardens, in the heart of old Chelsea, and be whisked into a world of opulence and enchantment. Venture further, and be seduced by its cocktail café and courtyard, promising nights of intimate get-togethers or late-night dinners. This isn’t the first time hotels from the Iconic Luxury Hotels group have picked up accolades for UK-based properties: the award-winning Chewton Glen, in the New Forest, became the first Relais & Châteaux hotel in the UK back in 1971 followed by the legendary Cliveden House in Berkshire.

A quintessentially British building, 11 Cadogan Gardens was initially built in the late-19th century by Lord Chelsea, and comprised four separate Victorian townhouses as part of the Cadogan Estate, just off Sloane Square. Following extensive renovation – though still adorned with its Victorian façade – the property was re-launched by the Iconic Luxury Hotels group in 2016, and today includes 56 luxury guest rooms (including 25 suites), plus a Drawing Room, Library, Chelsea Bar, private meeting rooms, and a glittering Mirror Room.

A brand-new restaurant, Hans’ Bar & Grill, opens onto the artisanal Pavilion Road, and is named after Hans Sloane, famous for bringing cocoa to these shores; appropriately, the menu features a selection of chocolate desserts, along with delicious seasonal British produce.

Location-wise, almost every surrounding paving slab is infused with history: its square mile sees Bram Stoker’s house rub shoulders with Margaret Thatcher’s and even fictional addresses such as James Bond’s and George Smiley’s are easily accessible; where a sculpture of Greta Scacchi’s mother bathes atop a fountain in the shadow of the Royal Court, and the ghosts of the Swinging Sixties still swagger down the King’s Road.

It’s a boon for shoppers too: the likes of Prada, Chanel, Tiffany’s, and Hermes just a stone’s throw away, while Harvey Nichols and Harrods are a short stroll up the road. Into this culturally (and literally) rich part of London, 11 Cadogan Gardens fits like a glove.