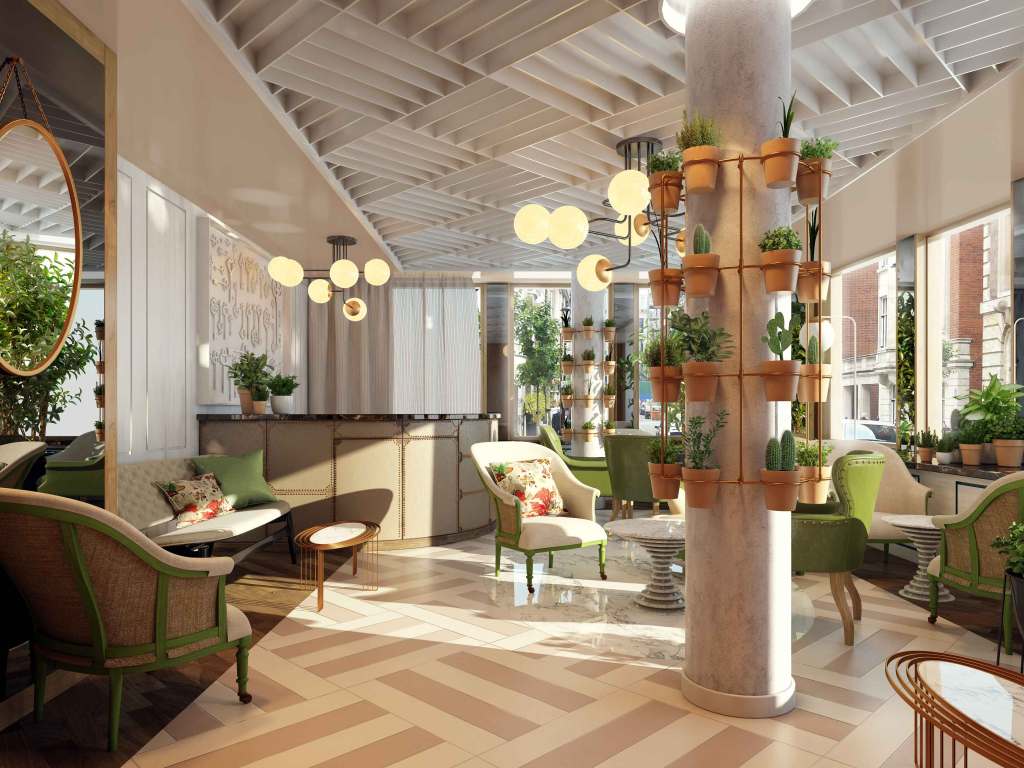 East London is once again the hottest part of town. Yes, fashion is capricious, and urban hotspots fall in and out of favour on a whim. But if Mayfair and the West End were once the places to head for eye-catching new hotel openings, right now some of the most luxurious, creative and cool venues are to be found in and around the City – the fastest-growing zone in the capital.

With the evolution of the banking district into a tech hub, plus the knock-on effects of the 2012 Olympics, the City’s regeneration continues apace: by 2030, it’s predicted more 125,000 jobs will have been created. It’s a place where market traders rub shoulders with urban hipsters and Christopher Wren’s skyline icons jostle for space with shiny skyscrapers; where state-of-the-art private members clubs such as Ten Trinity Square and the M Den in Threadneedle Street are springing up daily; and where Shoreditch House (that little slice of Manhattan’s meatpacking district in E1) moves over for the new kids on the block like The Ned, a £200 million art deco-inflected hotel set in a Grade I listed building opposite the Bank of England.

And with the closer proximity to City Airport making the draw east even stronger, here are three beacons of hospitality to look forward to, all set to open later this year.

There’s a link between The Vintry & Mercer Hotel (vintryandmercer.com), pictured above, inspired by two of the City’s historic trading guilds, and a cornerstone of English literature. During the 14th century, Geoffrey Chaucer was raised in the area the hotel is located in, near Upper Thames Street, in a district known as the Vintry (his father and grandfather were both vintners). Expect a wine list here that reflects the site’s history. The other half of its name pays homage to the Mercer Guild, established in 1304, which traded in fine fabrics (and, aptly enough, this place will be fitted out to in the finest velvet, leather and other luxurious textiles).

Located near The Shard and the 17th-century St James’ Church, this solar-panelled, eco-friendly hub of understated luxury aims to connect guests to the City’s past with the delights of the present-day capital (“a place where thriving modern businesses blend with London’s colourful trading past,” as hotel director Anton Fedun puts it), and historic links will be found everywhere: from the menus to the old trading maps found throughout the hallways, dining spaces, and 92 bespoke and intimate doubles and suites, with their glass-panelled balconies affording evocative views of the Southbank skyline.

Three distinct dining destinations will include the elegantly relaxed restaurant Vintry Kitchen; the Mercer Roof Terrace, offering a British menu (and views of St Paul’s Cathedral); and a 1920s-style underground speakeasy called ‘DND’ (aka Do Not Disturb). A gym and three private event spaces, with capacity for up to 28 guests, are also on offer. Beyond the hotel’s doors, guests will find a wealth of history, ancient and recent, with Shakespeare’s Globe, The Barbican Centre and Tate Modern, along with traditional street markets, fine restaurants and designer boutiques, all in the vicinity. This is one seriously well-placed hotel, in terms of getting around – just a couple of minutes’ walk from Cannon Street tube, and a 20 minute-ride to St Pancras International and the Eurostar, plus eight miles from London City Airport. The hotel is due to open in February. 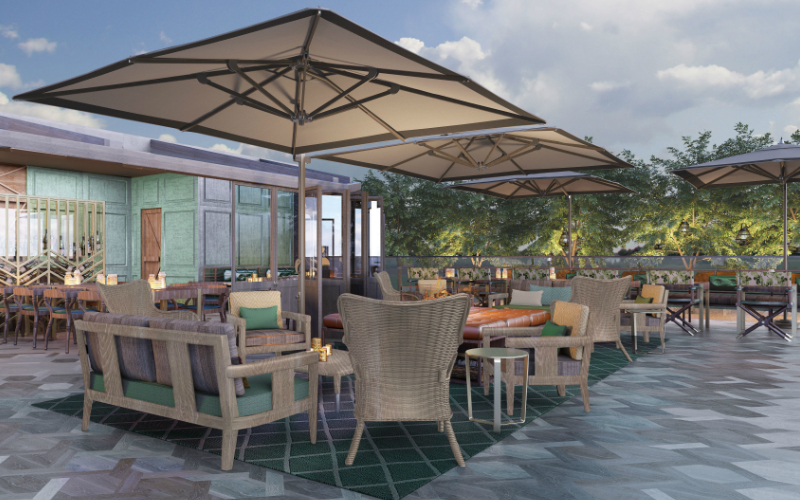 “How many saucy airs we meet from Temple Bar to Aldgate Street,” wrote 18th-century poet John Gay about the area boutique luxury brand, Indigo, has chosen for their latest addition to the family. And while the area is still home to ‘saucy airs’, these might today be Silicon Roundabout hipsters or jet-setting financiers. The area is unique, as it sits on the border between two very different Londons – the fast finance of the City and the slick, hip Shoreditch.

One thing that doesn’t change is its history. Aldgate is steeped in it. It cloaks you, sweeping you back through the centuries, past the starting point of the Great Fire of London (Pudding Lane) to its mythical home of Jack the Ripper and the zone’s notoriety for former slums. One constant, though, has always been its role as a hub for different cultures and edgy creativity.

Hotel Indigo Aldgate (ihg.com/hotelindigo) is situated beside Whitechapel Gallery – the first to show Jackson Pollock, David Hockney and local residents Gilbert & George. Just a dandy’s stroll away is Spitalfields – now a bustling independent retail and restaurant emporium, the former 12th century priory was, for centuries, a refuge for the creative and the curious. The Hugenots fleeing France came here (don’t miss the immersive Denis Severs House tour in Fournier Street), Irish weavers arrived soon after, Jews fleeing Poland and Russia came in the 19th century and the Bangladeshi community made it their home in the 1970s, bringing with them the best curries (hence Brick Lane’s reputation) in London.

Indigo’s decor takes its cues from this history – interior designer Dexter Moren Associates (The Great Northern Hotel, The Shangri-La) has combined Huguenot Weaver style with Shoreditch edginess and added a dollop of City slickness to create a unique and luxurious experience that reflects the area’s past. The hotel’s 212 rooms will include several deluxe rooms and top floor suites.

“The story of Aldgate East is of two worlds colliding – the bearded, tattooed hipsters of Shoreditch and the straight-laced ‘suits’ of the City,” explains design and innovation director Henry Reeve. “We wanted to make a space where both could feel comfortable. I hope to see hipsters rock up on a bike, grab an almond-milk flat white and sit down next to business people finishing a deal over a dry martini.” 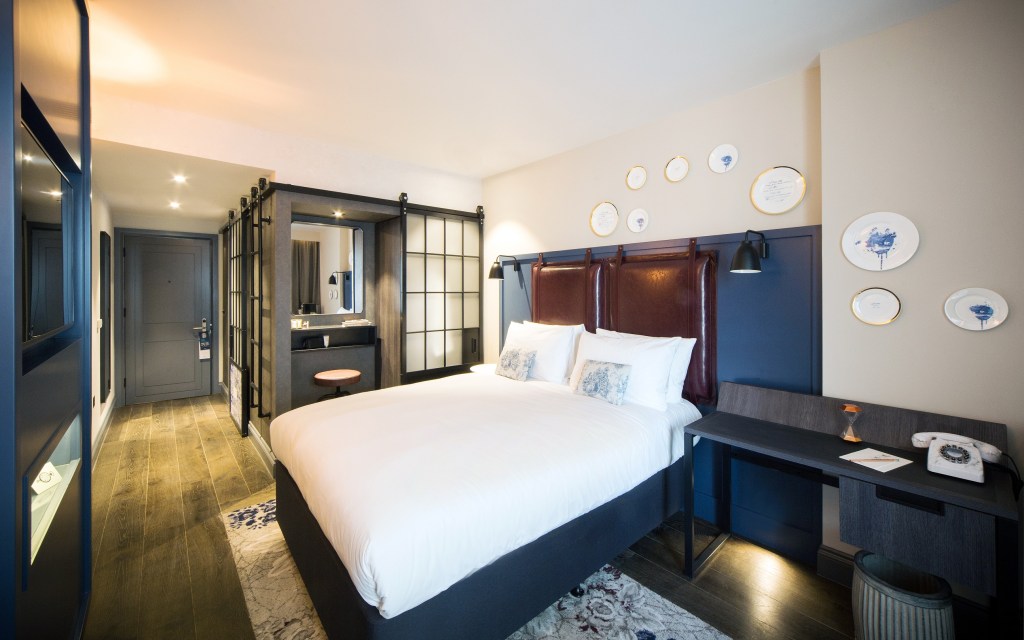 What does the name Tooley Street mean to you? If you’re of a certain generation, it might prick memories of a terrifying tourist destination featuring tableaus from Britain’s gory past, The London Dungeon, formerly a wine cellar and since relocated to County Hall. Those with an interest in London architecture might also know the name of one John Dixon Butler, appointed Surveyor and Architect to the Metropolitan Police. Among his 200 designs are the former, Edwardian baroque-style Old Street Magistrates Court and Police Station, Clerkenwell Magistrates’ Court, Bow Road Police Station (where suffragette Sylvia Pankhurst was held in 1913 following her arrest for smashing windows) and the old Tower Bridge Magistrates’ Court and Police Station constructed in 1905.

Taking its name from its creator, The Dixon (thedixon.co.uk) is a conversion of that original Grade II listed building into a beautiful boutique-style hotel, due to open its doors this autumn. Part of Autograph Collection Hotels, the Dixon aims to be a new cultural hub for local artisans, focusing on representing local talent “from emerging artists to established producers”. Each of its 193 rooms, including nine spacious suites, will house furniture by British designers and traditional art alongside contemporary paintings and other works from local galleries. The hotel’s Cultural Committee is also ensuring guests have special access to local theatres and studios in the vicinity.

While Consarc Design Group is in charge of the architectural restoration, Twenty2degrees Design Partnership have applied their trademark modern but playful edge to the interiors and the refurbishment. Amid the original Georgian oak panelling are reclaimed pieces of furniture from the old Courthouse. The rooms will also combine natural light with up-to-the-minute tech, including complimentary ultra-fast wi-fi and smart TVs. 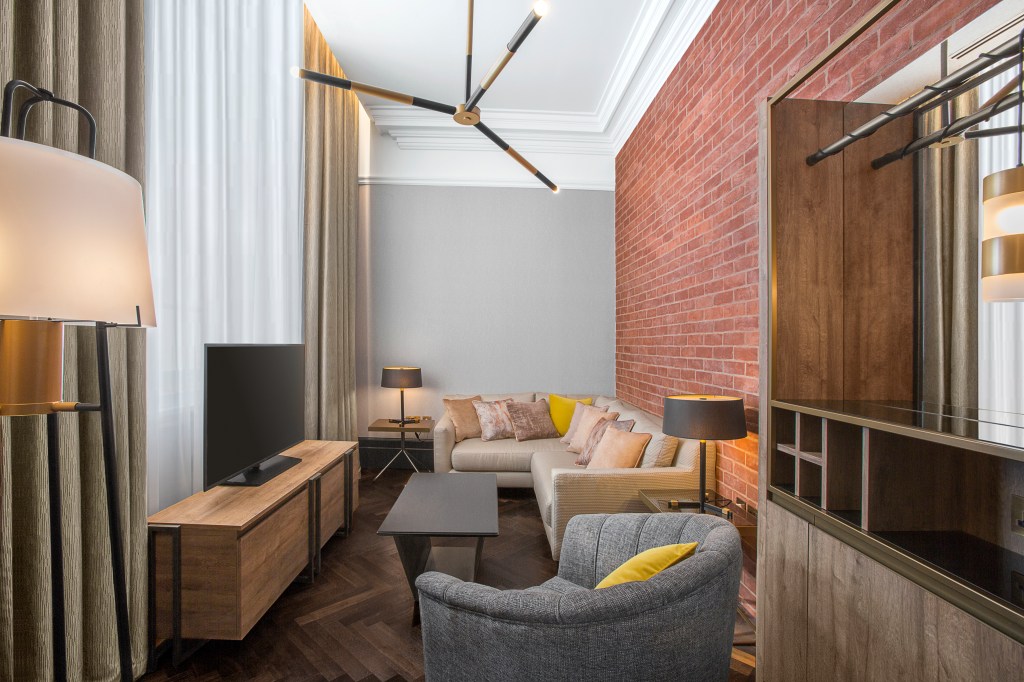