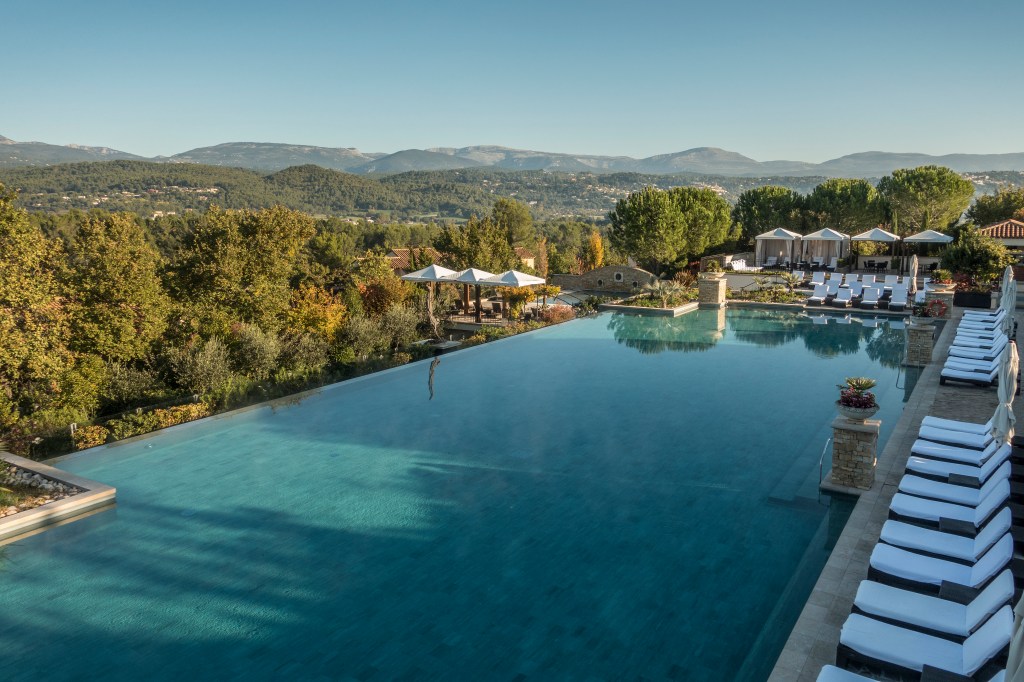 Hotel Principe di Savoia, Milan
Milan in October has much to offer – not least a mild(ish) Mediterranean climate in which to take in the sights without being surrounded by the summer tourists. This year, until 31 December 2019, to mark the 500th anniversary of Leonardo da Vinci’s death, Hotel Principe di Savoia is conducting an exclusive ‘Discover Leonardo Experience’. Guests have two options: The Last Supper’ experience involves a guided tour of the refectory of the Santa Maria delle Grazie church where the artist’s large mural painting is located; In the Footsteps of Leonardo da Vinci’ is a four-hour private no-queues tour of the Da Vinci vineyard, the Sforza Castle and Mercanti Square, and the chance to see the artist’s famous Codex Atlanticus at the Pinacoteca Ambrosiana.
A night in the Principe Suite starts at €1,400, or around £1,240 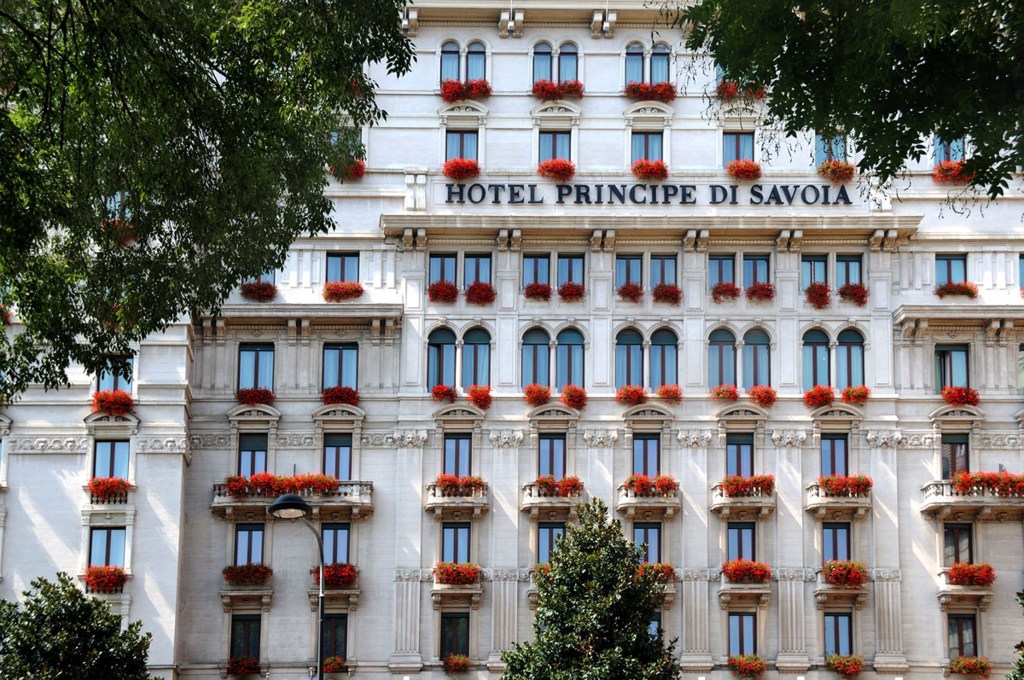 Terre Blanche, Provence, South of France
Nestling high in the hills of the Cote d’Azur commanding panoramic views over the surrounding Provencal landscape, Terre Blanche (below and main pic) is the perfect place to round off Summer. Michelin starred dining and a new private wine cellar with over 3,000 bottles are amongst the 750-acre resort’s offerings, as is a multi-award winning spa, a Kids Club and Teens Club for families and two championship golf courses and the brand new Terre Blanche Golf Academy, offering amateurs and professionals 4-6 week training courses. Expect an exhaustive approach which combines biomechanical analysis with physical and mental coaching.
A night in a Deluxe Suite King room starts at £426. 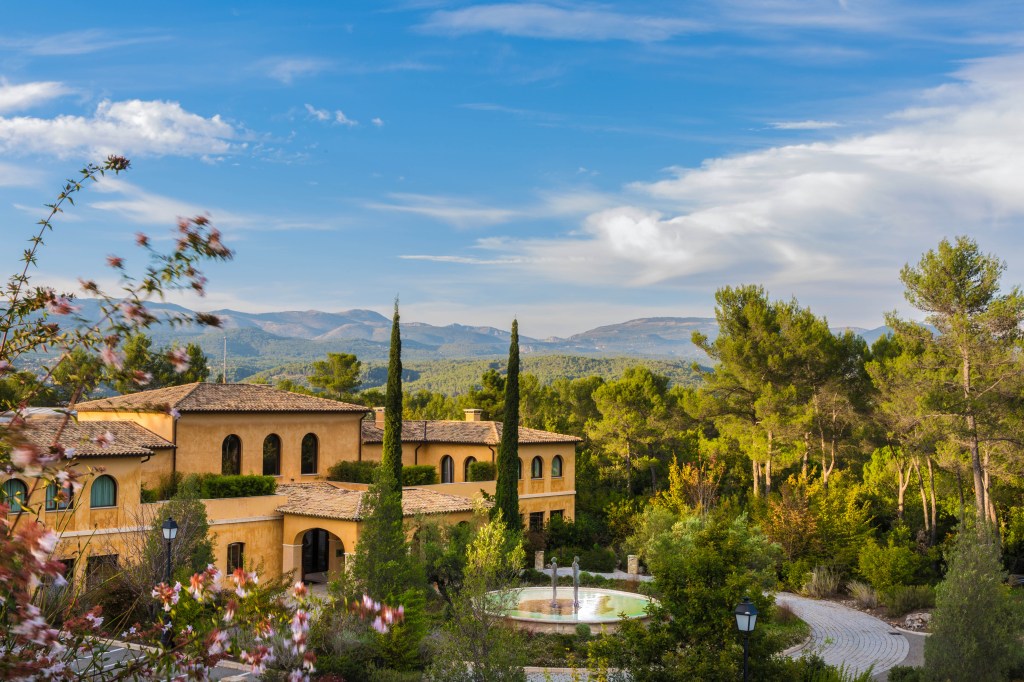 Blue Palace, a Luxury Collection Resort & Spa, Crete
Spinalonga Island – a Greek national monument that has just been nominated for UNESCO status – along with the Aegean Sea will be your magical surrounds in a resort that boasts no less than 142 pools. Creative Consultant Chef Athinagoras Kostakos has created his own take on original Mediterranean cuisine for the menu, while The Elounda Spa, situated on the beachfront, has 24 treatment rooms each featuring soothing water sounds and diffused calming lighting. The five-star, family-run hotel is also host to its own private beach and beach club.
A night in the Royal Blue Villa starts at €3,470, or around £3,000 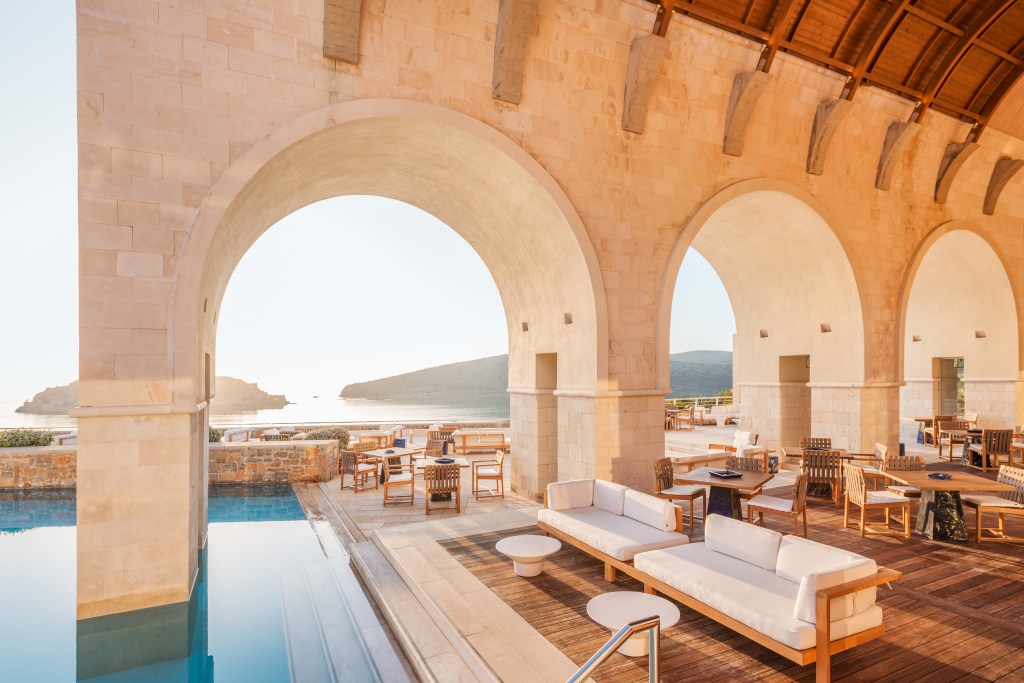 La Réserve, Basque Country
Family-owned La Réserve is located in Saint Jean de Luz, in the heart of French Basque Country. Nestled in three hectares of parkland, the resort  is the perfect getaway for couples or families who want to soak up the last of the summer rays and recharge by the sea and on the doorstep of the charming town of St Jean de Luz. The Ilura restaurant has just appointed a new head chef, Pierre Boffo, while the Spa has just introduced a new wellness offering including dedicated relaxation sessions and specially-tailored sleep programmes.
A night in a two-person standard room starts at €163, or around £144 Heesen Yachts’ Irisha
The aggressive and dynamic superyacht below is available to charter for those wanting to chase the sun by sea. Available around Corsica, Monaco and the South of France, this 51m (167ft) yacht has fighter-jet inspired exteriors and luxurious interiors, penned by renowned British designers Harrison Eidsgaard. Undoubtedly her most impressive design feature is Irisha’s sporty raised wheelhouse, which is constructed of 3D curved glass sheets, which are among the largest produced in Europe. Her top is Snow White in colour, while the main deck is a Midnight Blue, the hull features a custom metallic colour Pacific Blue which in sunlight changes from metallic blue to dark olive-green hues. Family and entertaining are at the centre of this yacht, where wood, soft textiles and textured fabrics result in a cosy and inviting atmosphere.
Irisha is available for charter in the Mediterranean with SuperYachtsMonaco for €280,000 (around £247,500) low season and €300,000 (around £265,000) high season plus VAT. 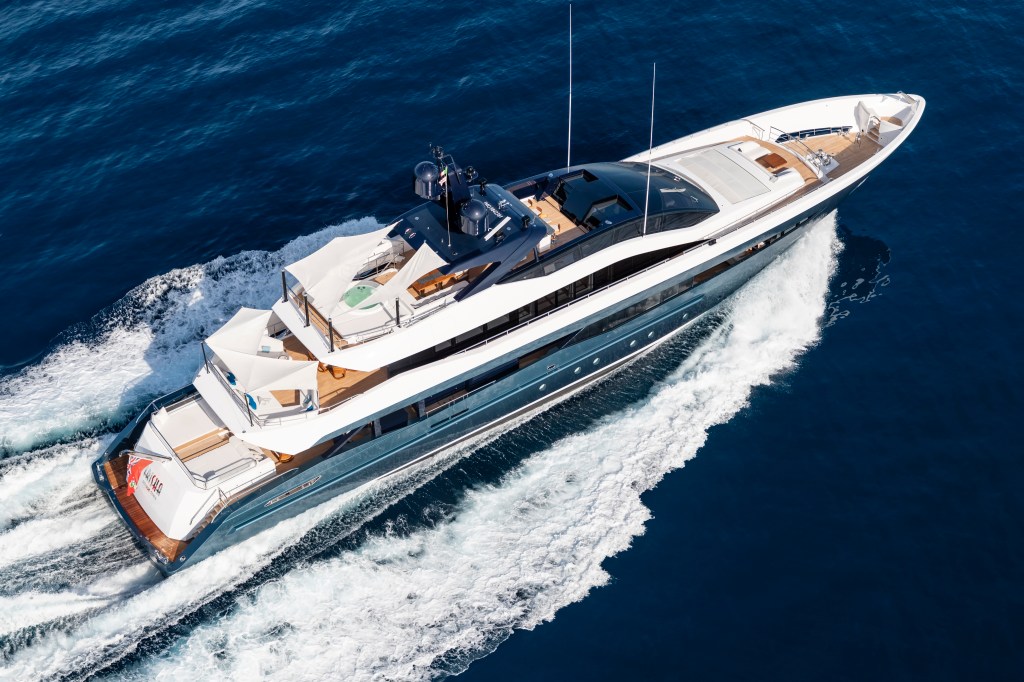