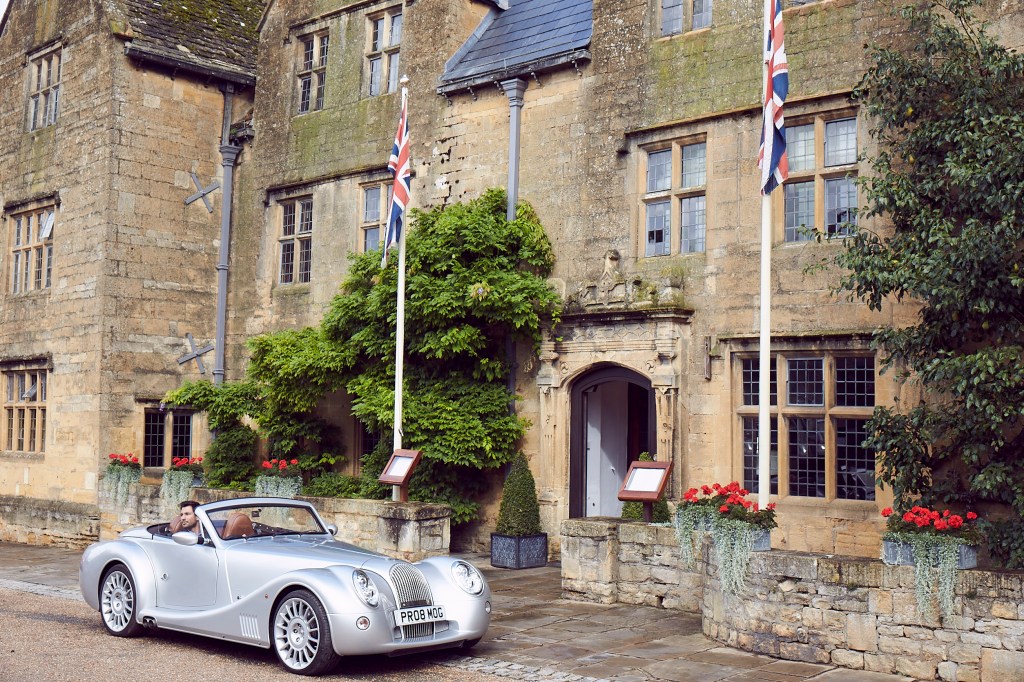 Oliver Cromwell, Charlies I, John Wayne, Dustin Hoffman, Prince Philip and Elizabeth Taylor and Richard Burton have all scribbled their names into the guest book of this old coaching inn – one that makes a fitting focal point for the Cotswolds village of Broadway: and these diverse characters would all have visited very different iterations of the same ancient premises.

We can only speculate as to the kind of place Cromwell and Charles I (who would assemble with his supporters in what is now the King Charles I Suite during the English Civil War) would have experienced, mingling no doubt with the itinerants who would have stopped here for a few flagons of warm mead and to change their horses back when this was a stop-off point on the route between Wales, Worcester and London. 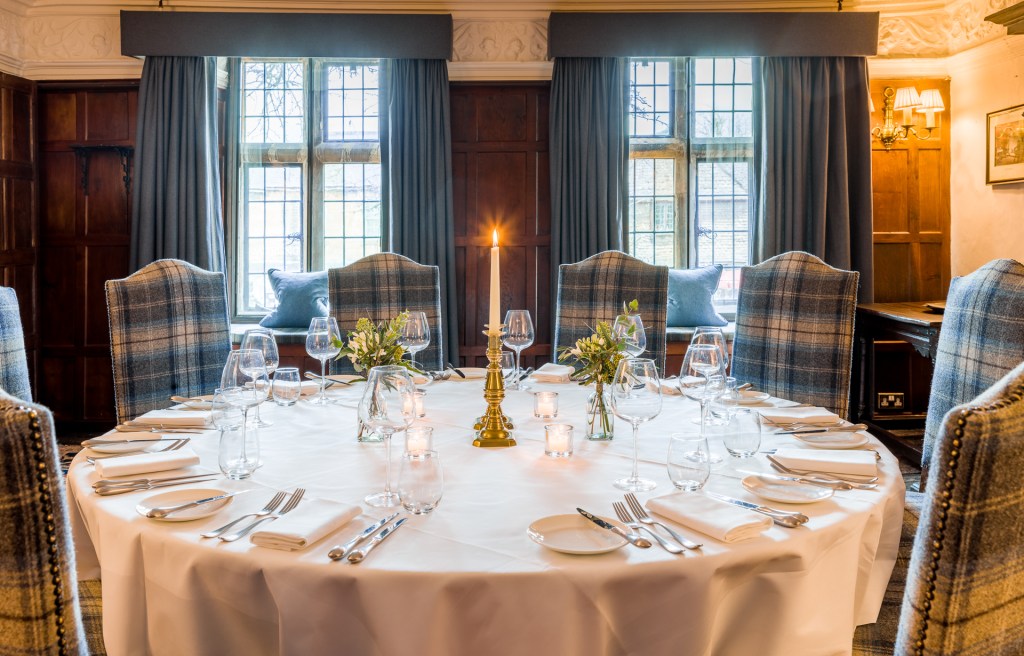 One of The Lygon’s meeting rooms

The Hollywood set would have immersed themselves in a Lygon Arms that had been through a makeover in the 1930s by local designer Sir Gordon Russell, who created a wing of guest rooms and also added the barrel-vaulted restaurant.(A, shall we say, more aesthetically bereft makeover in the 1960s added a further 18 rooms.

Contemporary visitors, though, will experience the fruits of a multi-million-pound refurbishment carried out by Anita Rosato Design, which has made a stunning job of creating a vibrant sense of contemporary luxury while not only preserving but actually enhancing the building’s 600-year-old character.

The refurb has injected an atmosphere of newness – including all the reassuring functionality of taps, plumbing, door keys and technology that comes with newness – and yet the place feels as old as a centuries-old coaching inn should: uneven surfaces even are constantly in your field of vision, floors slope (but never creak) and few doorways, either, would stand up the a spirit level’s scrutiny. 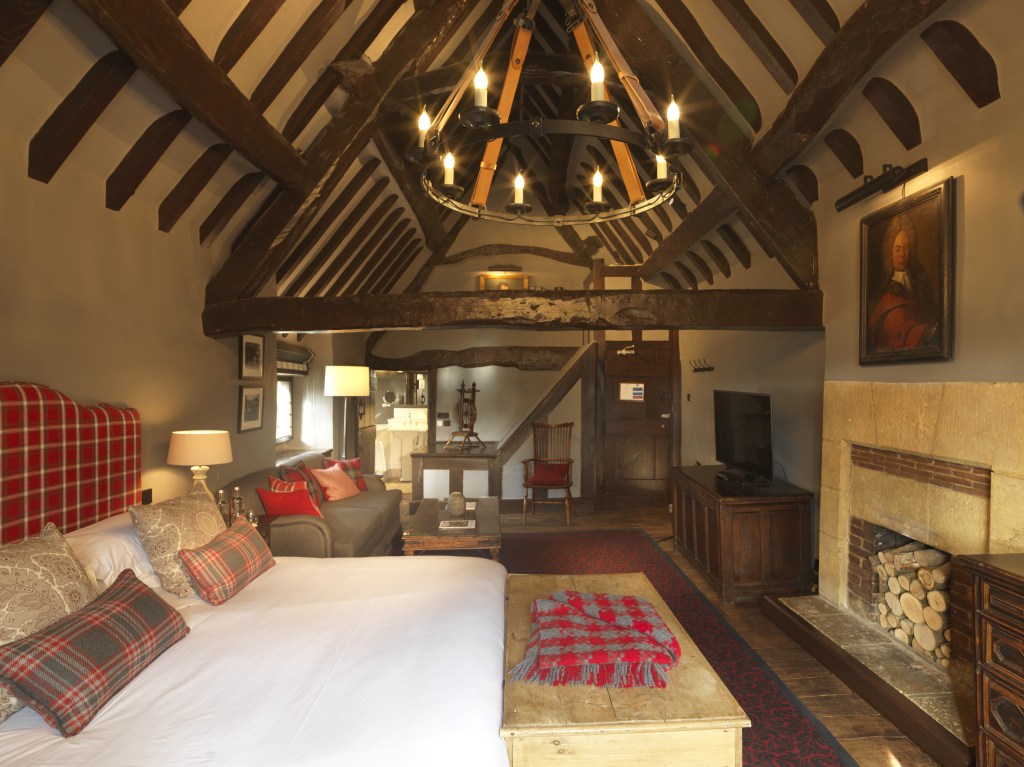 One of the Master Suites

The public areas feel like – and this should really be a contradiction in terms – an open-plan cluster of separate, cosy little snugs, each with their own splash of idiosyncrasy (specially commissioned carpets and tartans reign supreme), each competing to be the more inviting if a coffee and a read of the papers is on the agenda.

Rooms and suites, meanwhile – 86, all newly designed, up from 78 pre-renovation– also have an irresistible whiff of long-past centuries, with their locally sourced antiques, low, beamed ceilings and stone fireplaces (all complemented beautifully by the acanthus leaf pattern wallpaper). Architectural imagination abounds, including one room’s bathroom being situated on a winding staircase in a small attic. 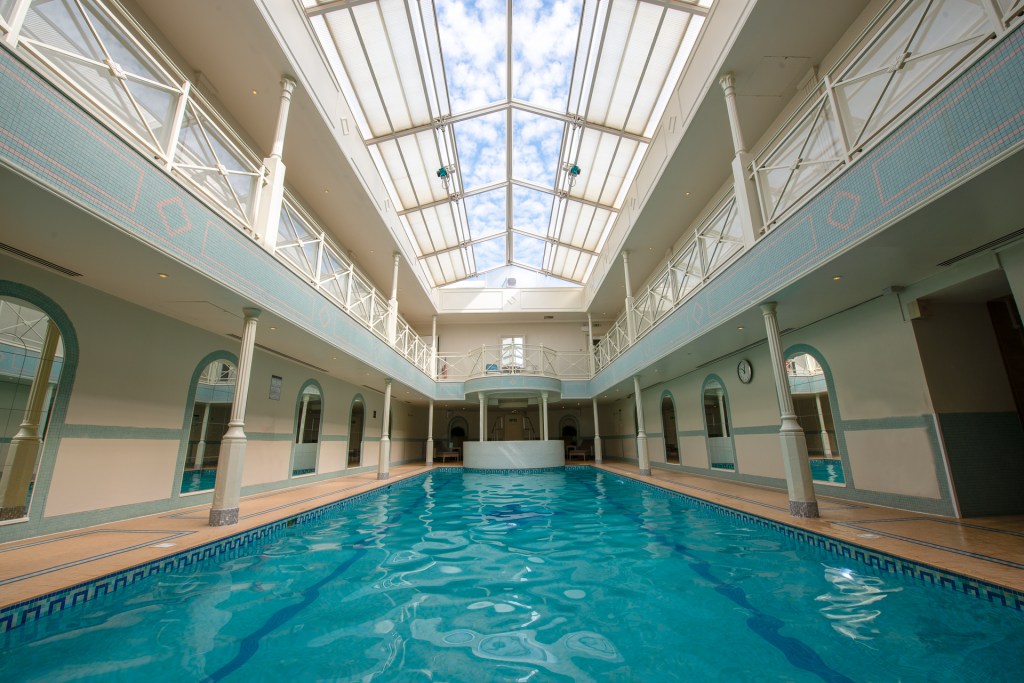 All this authentic ‘oldness’ comes to an abrupt halt once you reach a spa. Situated in a separate building it features a lavishly lit indoor pool with a raised hot tub at one end, a decently equipped gym and a restaurant where everyone devours aptly healthy fodder in their robes: a truly congenial touch.

Add to that eating options such as The Lygon Bar & Grill (whose seasonal is unpretentiously delicious) and the Italian options in a separate Wine Bar with a splendid selection of European and international wines, and it’s genuinely hard to think of a better site for a post-Christmas wind-down. 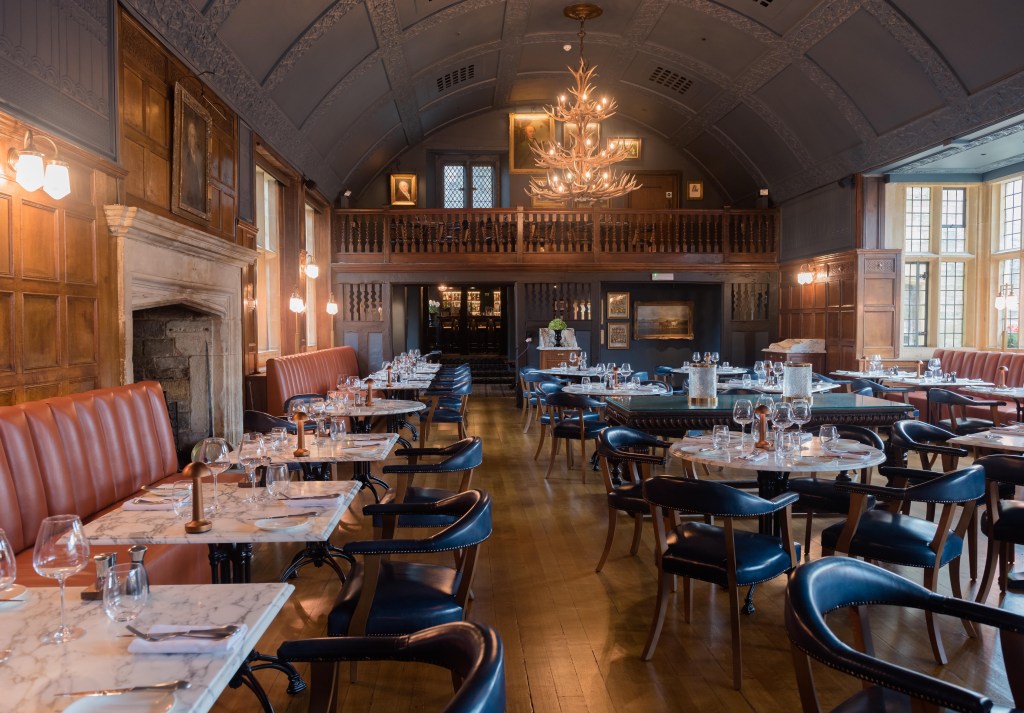