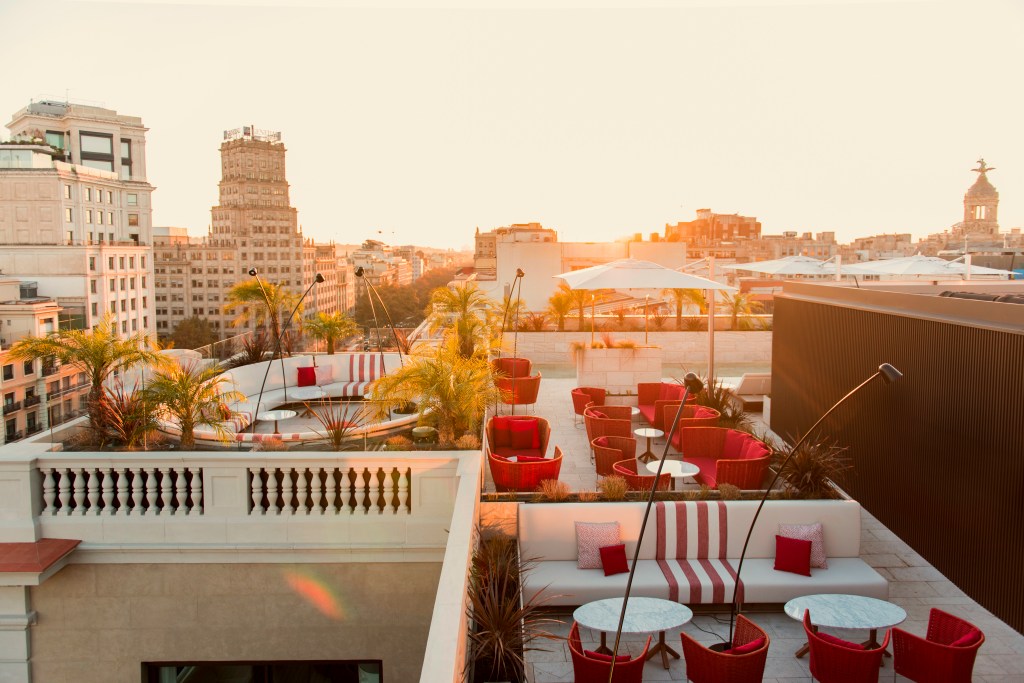 It’s still a few weeks until Spring will start creeping northwards from the equator: but if you’re impatient for its arrival, and with it some much needed Vitamin D via the face, now is perhaps the time to plan a short-haul city-break which meets the First Equinox on route. And, our suggestion for such a jaunt is the Catalonian capital and, specifically, Almanac Barcelona.

Set amongst the extraordinary modernist facades designed by Antoni Gaudi in the Passeig de Gràcia neighbourhood, close to Las Ramblas, the city’s charming old town, the Arc de Triomf and Parc de la Ciutadella, this is the first opening in a series which will soon include premises in Vienna, Prague, Budapest and Zagreb – and it’s setting a highly impressive precedent. 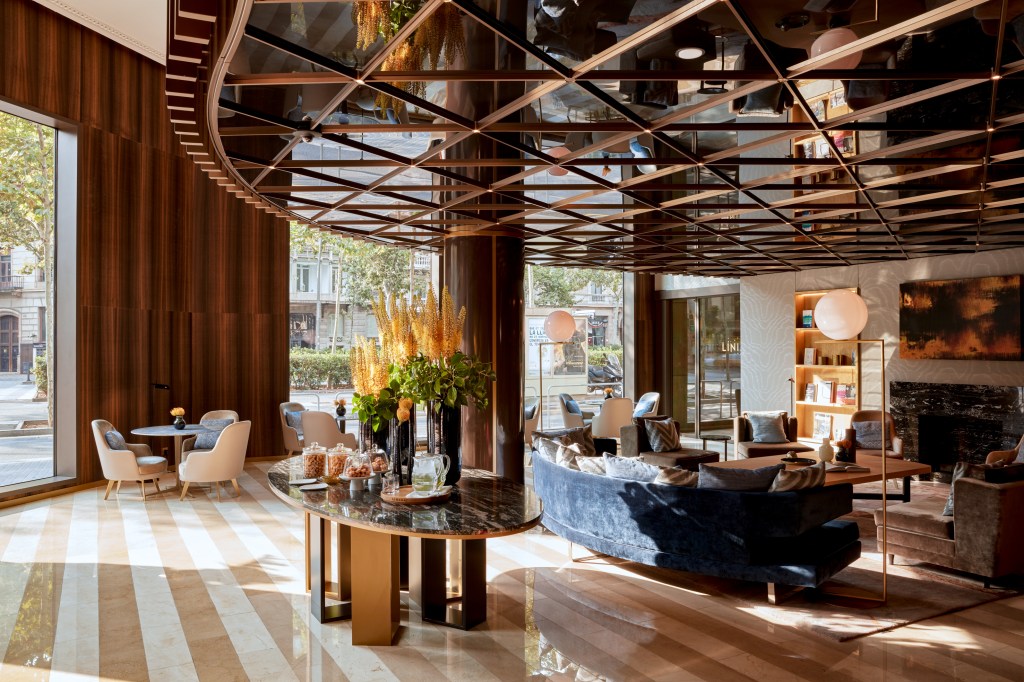 Designed by Jaime Beriestain (in tandem with Almanac’s in-house architecture department), the public spaces put a modern twist on the decedent opulence of 1920s Art Deco, with gold accents and panels of oak and walnut combining to stunning effect. A thoughtful approach to lighting hits a crescendo when you walk into the hotel’s Almanac Room, whose bowed windows invite the invariably radiant Catalan sunlight – Barcelona averages 311 sunny days per year and seven hours of sunshine per day – to pour into the room.

Meanwhile, Barcelona is increasingly becoming a foodie destination, and the hotel’s Mediterranean brasserie, Línia, can only enhance that reputation: using Catalonian produce but following the broader Spanish culinary approach of sharing plates, chef Sergio Ruiz hits the sweet spot where envelope-pushing innovation and faithfulness to region overlap, with delicacies such as Dali’s bread with homemade smoked butter, payoyo cheese, mustard and sobrasada and delectable fish creations such as local red tuna with creamy celery, radish and pine nuts delighting visitors with a discerning palate. 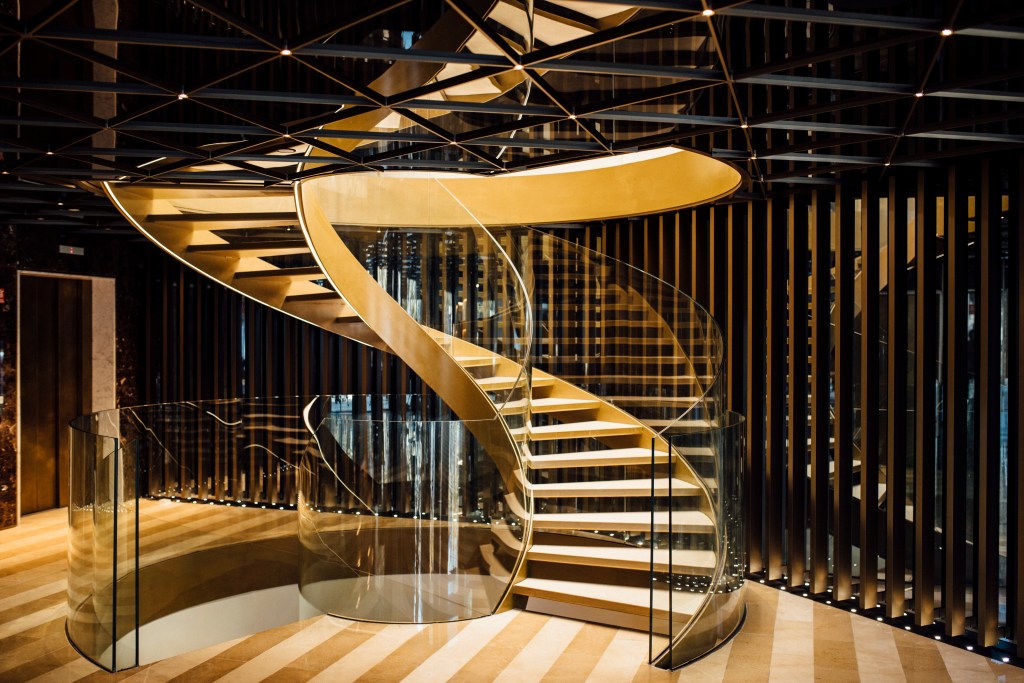 Add to all the above staff who are rigorously attentive without ever being over-bearing; a well kitted-out fitness zone plus treatment room and sauna (a diminutive space, but the Beriestain guys clearly know how to “do” ergonomics as well as they “do” light); a multi-tiered rooftop terrace, Azimuth, overlooking the distant Mount Tibidabo and Sagrada Familia – as appealing an urban vantage point in which to enjoy a cocktail as any we’ve encountered; generously sized, bright, beautifully appointed rooms (61 in all) with separate living areas and private terraces in the case of the suites, of which there are 30; and bathrooms with double-sink vanities and room-for-two bathtubs; and you have a stunning new addition to the hospitality scene of a city whose cultural and culinary delights make it arguably the most appealing for a weekend getaway in Europe.

If still not convinced, British-based readers may want to take in the view out of the nearest window, then behold the image gracing the top of this article, then repeat twice. 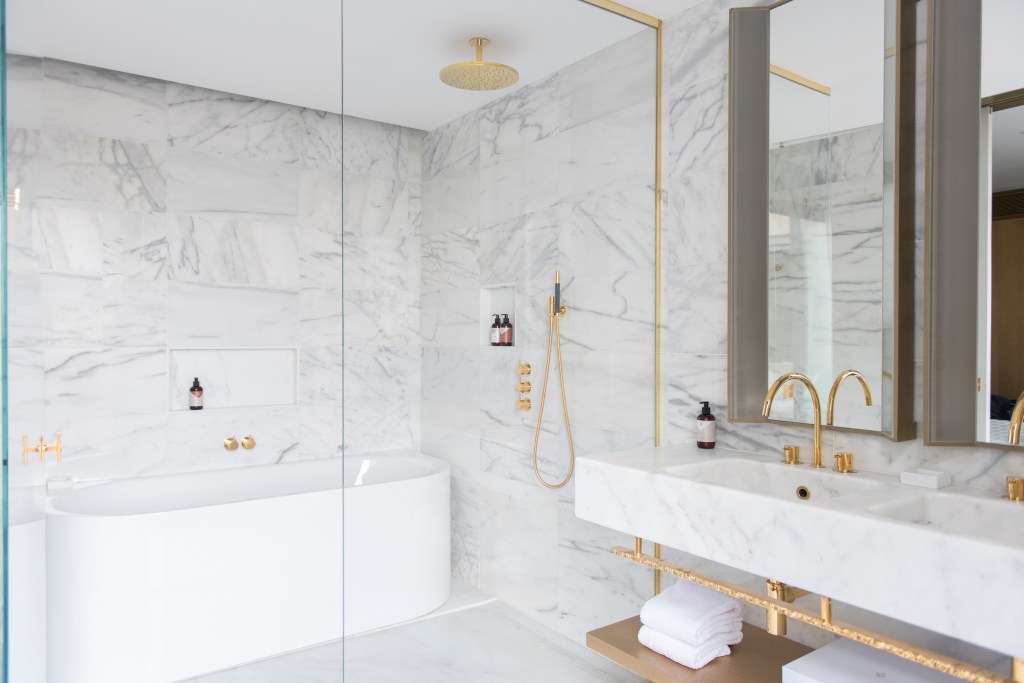