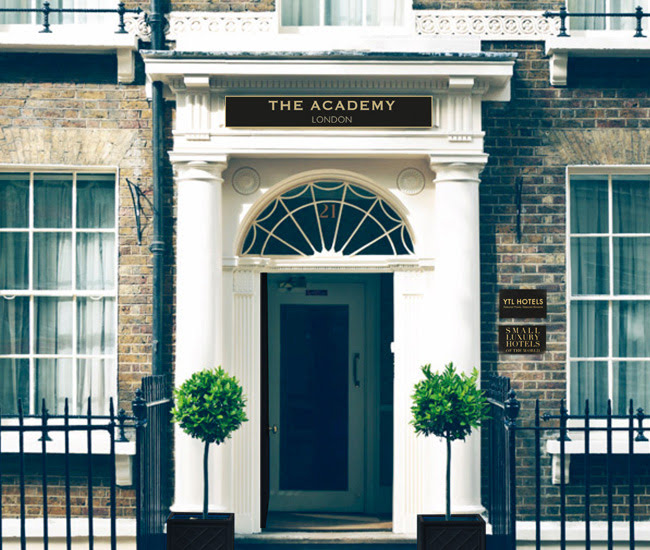 Society? Dumbing down? Not in the British luxury hospitality realm, where literary-chic seems to be becoming ‘a thing’. Late last year, Cambridge’s University Arms hotel reopened after an £80m refurbishment with 12 suites named after Alfred Tennyson, Virginia Woolf, Charles Darwin and other Cambridge alumni, their works taking pride of place in the rooms alongside other related tomes curated by Mayfair book shop Haywood Hill.

Now, following a multi-million-pound interior redesign by New York-based Alexandra Champalimaud (who also worked on The Academy’s sister property, The Gainsborough Bath Spa), The Academy Hotel is bringing haute academia to the leafy streets in London’s intellectual kernel: a locale in which casual urban explorers might stumble across the Royal Academy of Dramatic Arts, the Petrie Museum of Egyptian Archaeology and University College London’s Biological Sciences department, all over the course of one 10-minute stroll.

The whole refurbishment has been inspired by the Bloomsbury Set: the group of London writers, philosophers and artists who would congregate in these parts in the early 20th century. Hence, bookish cosiness prevails in all the public areas – from the pleasantly soporific library to the light-filled breakfast room via the Alchemy Bar, whose olive-green velvet armchairs and botanically themed Liberty wallpaper juxtapose elegantly with the black and white tiled floor, marble tables and partially canopied ceiling. 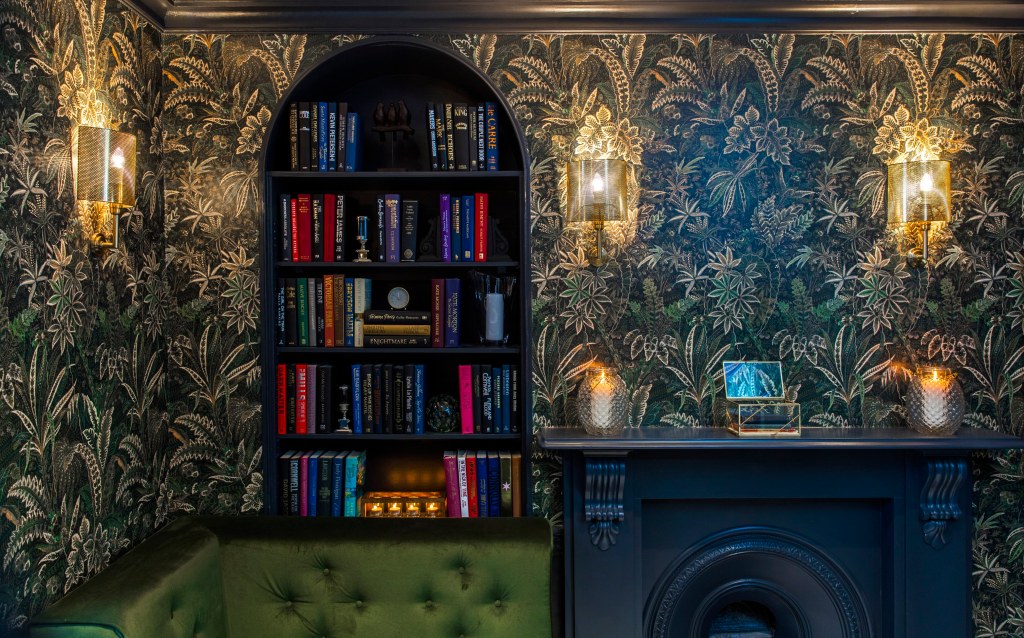 The 50 guestrooms, with their vertigo-inducing ceilings and vast triple-glazed windows (the traffic on Gower Street outside gets pretty heavy), showcase English interiors expertise at its best – Cole & Son wallpaper, furniture and curtain fabrics from Lee Jofa and Osborne & Little – and all have dense carpets, antique furniture, waist-height king-sized beds and en-suite marble bathrooms with free-standing claw-foot baths.

Blending tradition with modernity is fast becoming a hackneyed conceit in the luxury realm, but the notion is executed here with panache, and without a hint of pastiche, in deference to the hotel’s illustrious locale. “The Bloomsbury group were a bridge from the Victorian era into modernity,” explains Principle Designer Alan Mainer. “So, too, did our design want to feel electric in its choices – a mix of traditional English, art deco and mid-century modernist forms, but forward-looking in its attitude.”

Meanwhile, any deficiencies posed by a boutique hotel being set within a structure that wasn’t built for purpose – The Academy is made up of a row of five Georgian townhouses, built in 1776 – either add to its charm (the Grade II-listing means that no internal walls can be knocked down, which in turn means five different staircases going up to the rooms) or have been tackled with thoughtful solutions (in lieu of a gym and pool, a daily rate arrangement has been made with the local Fitness First, for example). 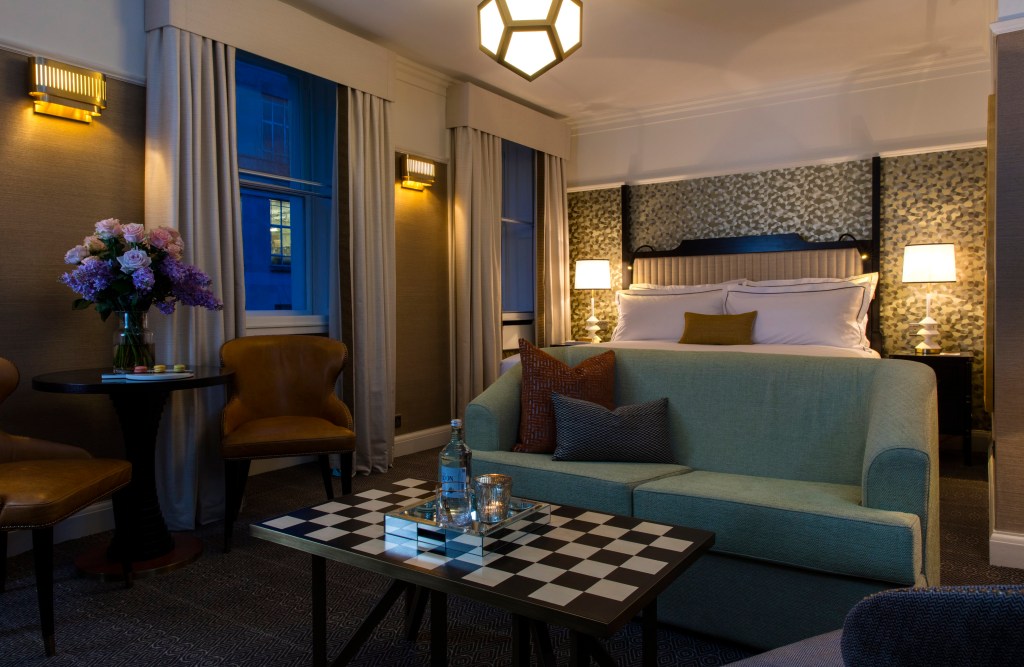 There’s no formal restaurant, but a book-lined refectory serves up lavish English breakfasts and buttermilk pancakes, while smoked paprika calamari and a delectable four cheese ravioli are the most commonly ordered treats on the ‘Refuel’ menu, which can be served pretty much anywhere on the premises: including that most decedent of spaces in this part of the capital, the private garden.

Luxurious in a manner that is affable and effortless rather than starchy or sterile, The Academy is the perfect bolthole for the culturally inclined tourist on a one-off visit, but can also be highly recommended to London hotel scene regulars who are tiring of the rather froufrou ambience often found within the porter-fronted edifices a mile-and-a-half to the south-west in Mayfair.