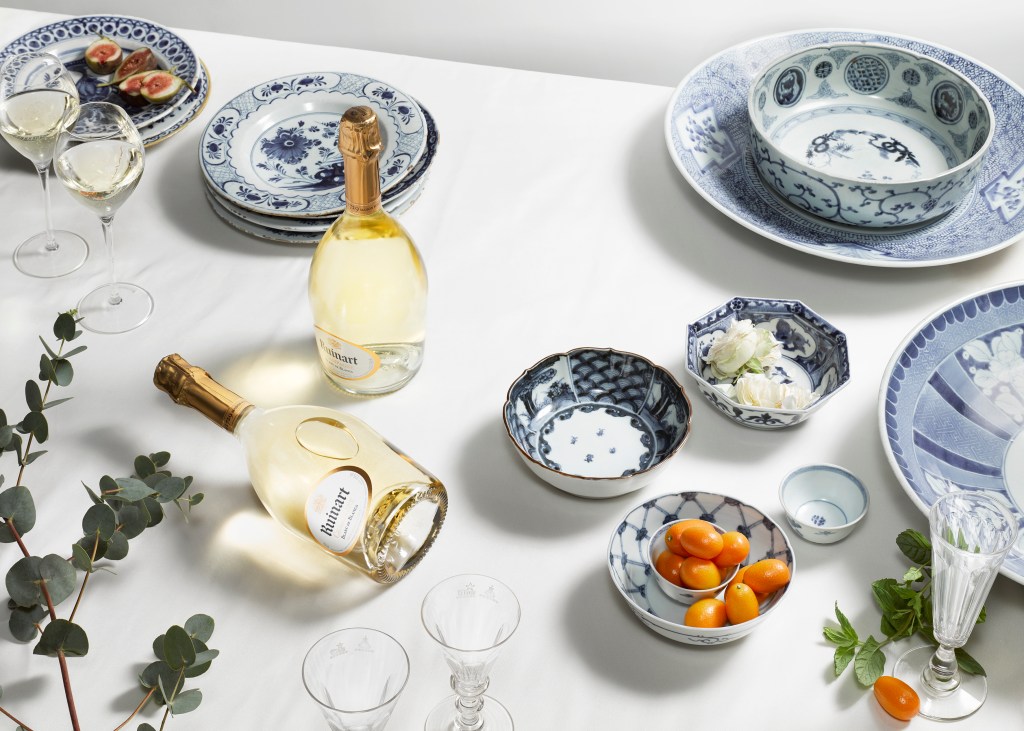 The Oyster Lunch, a 1735 painting by Jean-Francoise De Troy, was commissioned by Louis XV to decorate the dining room in one of the Palace of Versailles’ apartments. And, so inspired was he by its haute-society version of Hogarthian revelry, when he was shown it at the Ruinart Maison, Loewe’s creative director Jonathan Anderson had an idea. “[It’s] one of the first depictions of people drinking champagne,” he explains. “I was inspired and thought, how fun would it be to kind of recreate that painting but in a contemporary setting?”

His concept is now about to come to fruition,  with the help of Ruinart which is re-opening the doors to its one-bedroom Hotel 1729 (which is named after the world’s first champagne house was established) in Notting Hill, offering one-night-only bookings from 4–14 July 2019.

Ruinart Maître d’Hospitalité, Olivier Livoir oversee proceedings including a modern-day interpretation of an opulent and elegant 18th century dining concept by Jonathan Anderson and Luke Selby of Hide which recreates the occasion depicted in the painting. Naturally, Champagne will flow freely, while outside of the dining room guests will get to take in notable art pieces from Anderson’s personal collections, which evoke Ruinart’s philosophy of “vivre est un art” (living as an art).

The Oyster Lunch by Jean François de Troy, the painting which inspired Anderson and Ruinart’s concept