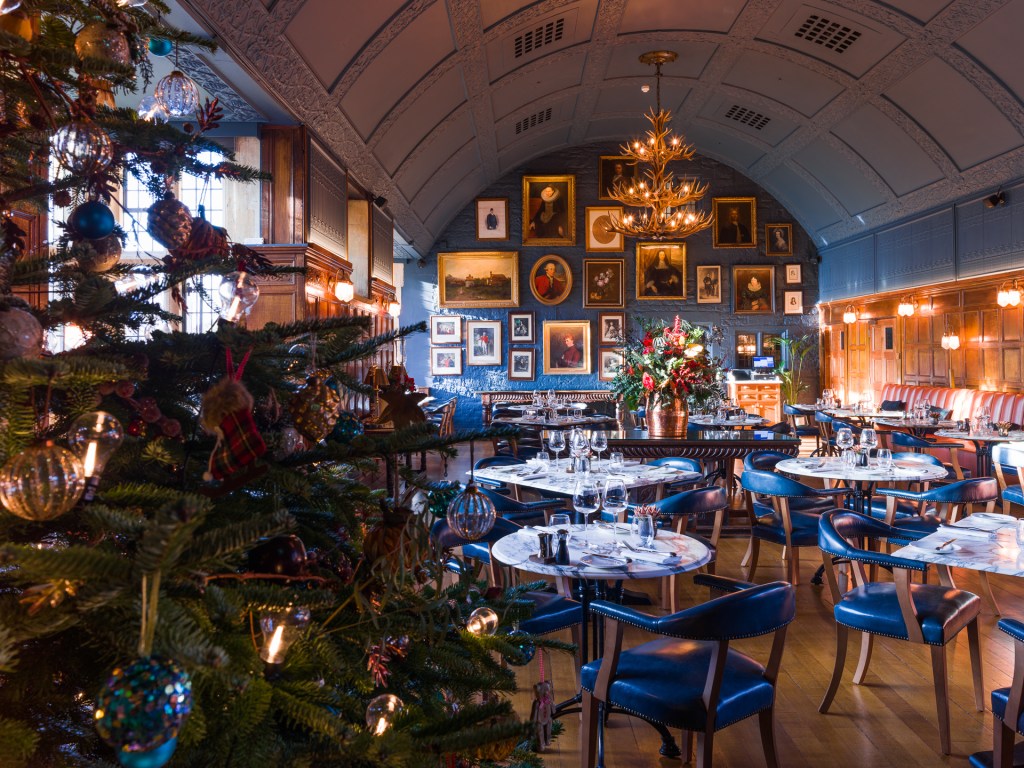 Three-day New Year Extravaganza at Links House, The Scottish Highlands
The Scottish Highlands is the spiritual home of Hogmanay, so where better place to enjoy a traditional celebration than a 15-bedroom boutique (located next to the beach deemed the best in the UK in a recent piece in The Times) in the picturesque village of Dornoch? Their three-night experience (30th December to January 2nd) includes visits to the Highland Shooting Centre, a Clyneish Whisky Tasting Masterclass, whisky paired five-course dinners each night and unforgettable New Year’s festivities with fine dining, ceilidh (folk music, traditional dancing, and storytelling) and a midnight lone piper.
From £1200 for a single person; £1750 for a double booking; £945pp on a twin sharing basis. linkshousedornoch.com

Hotel Château, Loire Valley
To mark the 500th anniversary since the start of the French Renaissance, the Loire Valley region has been celebrating the Renaissance’s cultural, artistic, scientific and intellectual developments with an array of events throughout 2019. Opened in June and located a 55-minute train ride from central Paris, the destination-changing Château in the village of Le Grand-Lucé is the former country home of the Baron Jacques Pineau de Viennay. The 45,000-square-foot Hotel Château features 17 rooms and suites, a ballroom, authentic French restaurant Le Lucé, a bar, spa and fitness salon, an outdoor pool and classic French gardens.
A stay in Baron’s Suite from December 30th to January 1st costs €7,500 (around £6,420) per night. chateaugrandluce.com

The Barons Suite at Hotel Château

Chewton Glen, New Forest
There is no better time to experience the magic of this property – an idyllic retreat, nestled on the fringe of the New Forest and a few minutes’ walk from the sea – than during the New Year, thanks to a two-night New Year House Party from Tuesday 31st December to Thursday 2nd January… Festivities include afternoon tea upon arrival and a black-tie New Years Eve Party with dinner, Champagne and bagpipes.
From £3,140 based on two sharing. chewtonglen.com

Culinary Experience at The Mulia & Mulia Villas, Bali
If you can handle the 20-hour slog, Mulia Bali, on the coastline of Nusa Dua, is offering a series of lavish buffets and extensive dinner affairs. From the seven cooking theatres at The Café to the Cantonese dim sum at Table8, the teppanyaki dinner at Edogin and the fresh pasta and seafood at Soleil, the choices are endless.  Join the New Year countdown at the Grand Ballroom with the signature Mulia New Year Celebration featuring international performers Royalty Show Band.
POA. themulia.com

Cliveden House, Berkshire
Set in 376 acres of gardens and woodlands, this Grade I listed stately five-star hotel is where Meghan Markle stayed the night before the Royal Wedding. Cliveden will enter 2019 with atwo-night House Party (31 Dec – 2 Jan) including signature Afternoon Tea with Cliveden’s own tea blend, champagne reception, black tie dinner and accommodation in a signature room named after a famous house visitor.
From £2,550 for two-nights based on two sharing a club room. clivedenhouse.co.uk

The Lygon Arms at Christmas

Sugar Beach, St Lucia
The New Year’s Eve Party under the stars on the Caribbean island includes fireworks, a live band, stilt walkers and fire performances featuring Sugar Beach’s international in-house artist, Tore of Totem Entertainment. On New Year’s Day, the Bayside Recovery Brunch should have you revitalised and you’ll be dancing to even more live music in no time.
POA. viceroyhotelsandresorts.com/sugar-beach

The Kabe Lawn at Sugar Beach, St Lucia set up for revelry

Hotel Del Coronado, San Diego, California
The 757-guestroom hotel’s oceanfront ballroom will be transforms into a seductive gala, dripping with mystery and decadence. A delectable five-course feast, an open bar blessed with lashings of Veuve Clicquot and dancing to live music.
$425, or around £330, per person for VIP ringside seating. hoteldel.com

The “Ristorazione” at the Sina Centurion Palace, Venice