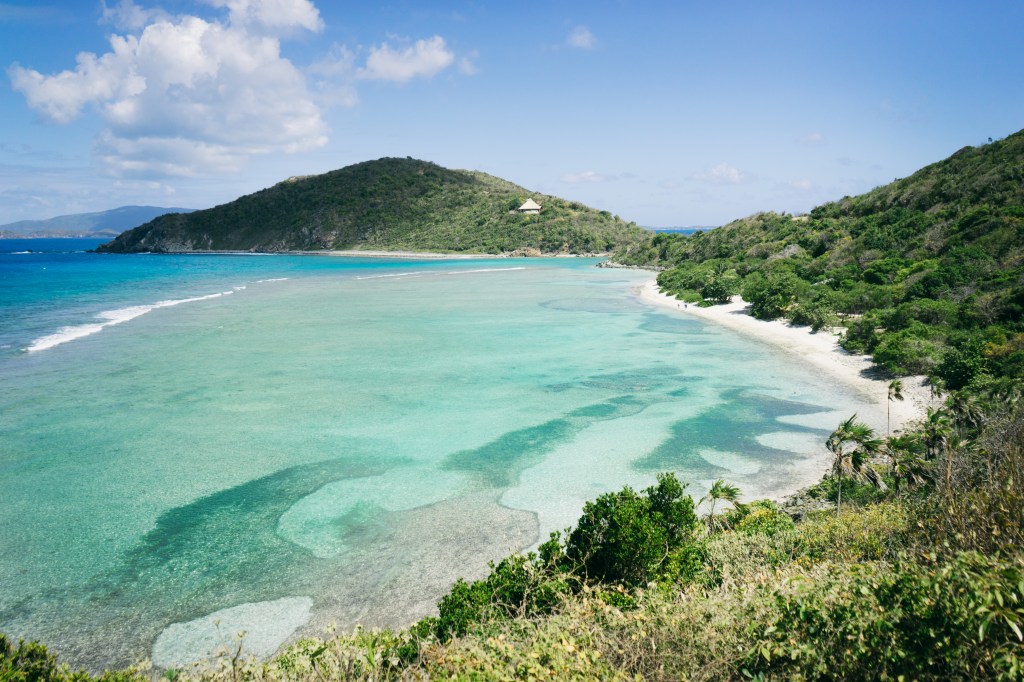 It’s now well over a year since Hurricanes Irma and Maria decimated parts of the Caribbean, and these devastated islands have shown remarkable resilience. Now, though, the region needs the visitors to return, not only to show cold-climate visitors a sunny welcome, but also to boost badly damaged economies.

His voice cracking with emotion, Rhodni Skelton had to take a moment before he could carry on. Speaking at 2018’s Virtuoso Travel Week  in Las Vegas last August, the deputy director of tourism for the British Virgin Islands (BVI) had been discussing numbers and percentages with assembled press, tourism directors and CEOs, explaining how the Caribbean was re-opening for business after Hurricanes Irma and Maria decimated the BVI in September 2017.

But then he began to describe how Irma had left him with PTSD. “We had a freak sandstorm here in Vegas three days ago,” he said, “and the windows started rattling. And then the flashbacks came.” Hearing the screaming storm outside, Skelton couldn’t help re-live (“everything that you can experience”) the terrible day his roof came off. “We’re resilient in that we are bouncing back,” he told the hushed gathering, “and we are all going to do great things… but there is still trauma.”

In August and September 2017, following landslides and floods, category-five Hurricane Irma – the fiercest Atlantic-forming hurricane on record – ripped through the Islands with winds of 215mph, obliterating communities and lives. It was followed only days later by Hurricane Maria. While hurricanes are not unknown in this part of the world, what was unusual was the scale.

On the affected islands people lost everything. Eighty-five percent of buildings were destroyed or severely damaged; the local economy was in ruins. And naturally, tourism suffered too. Although 70 percent of the Caribbean – which comprises over a million square miles over 33 countries and territories – wasn’t affected, the perception was that the entire Caribbean had been decimated, and visitor numbers for the entire region thus dropped off. Fifteen months on, however, the Caribbean Comeback is well underway. “I’m pleased to say the Herculean efforts put forth by the local community, international volunteers and the BVI government have paid off,” director of tourism Sharon Flax Brutus says. “The beaches have been cleaned up, the roads have been cleared and visitors are returning to the territory.”

More than half of all visitors to the BVI come for the sailing, so it was no surprise that many images of the devastation were of yachts scattered around the coast or flung onto rooftops by Irma’s might. Yet despite more than 80 percent of the Islands’ 4,000-strong fleet being destroyed, the charter yacht and sailing industry was the first to rebound, with boats brought in from other parts of the world and some operators accepting guests as early as November 2017 to jump-start the winter season.

While many hotels recuperated, cruises such as Silversea & Columbia Cruise Services picked up steady business. Yet several stunning luxury resorts have already come back online, including Necker Island (Sir Richard Branson’s private island). Others, such as Peter Island, Biras Creek and Rosewood Little Dix Bay, will open in 2019. Meanwhile the Tourist Board’s ‘Seeds of Love’ initiative is helping restore precious wildlife destroyed in Hurricane Irma by replanting the Islands’ indigenous trees and vegetation. And, obviously, there’s a direct way we can aid recovery too. As Brutus says, “For those looking to offer their support to the BVI, the most vital way to help – as always – is by booking a trip and patronising our local hotels and businesses.”