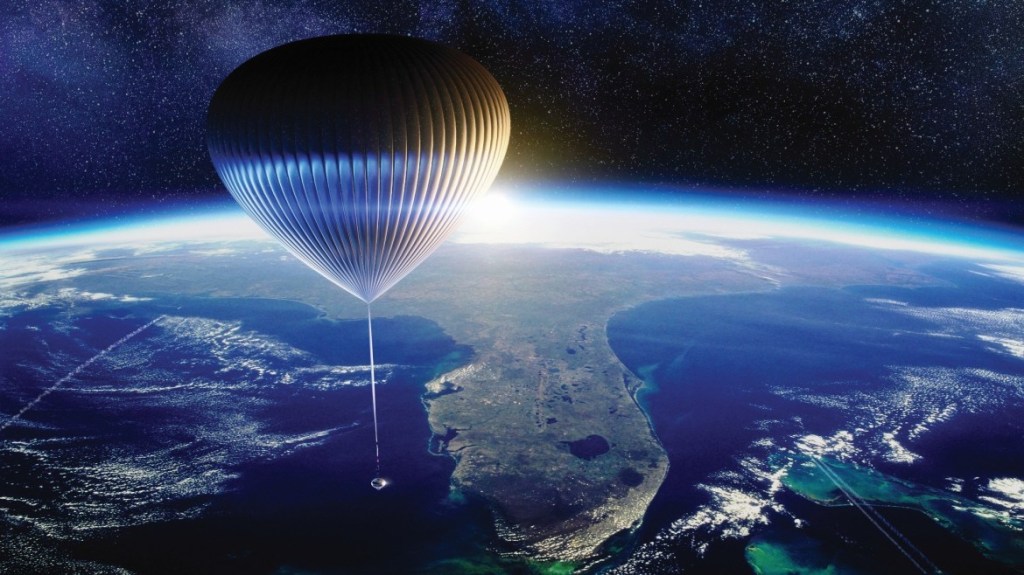 Space Perspective wants to take adventurous travellers to the very edge of space. That goal may not be a new one, the way the company plans to accomplish the feat sure is. The startup won’t be using space ships or space planes to take its clients into orbit. Instead, it will use a giant balloon.

The Cape Canaveral, Florida-based company plans to develop a massive high-performance balloon, dubbed Spaceship Neptrune, to ferry a pressurised capsule full of eight passengers and a pilot into the stratosphere, according to a press release. And best of all, it should be ready to take flight as early as next year.

Space Perspective won’t actually be taking people to actual space—just real close to it. The space balloon, which measures the length of a football stadium, will launch from the Shuttle Landing Facility at NASA’s Kennedy Space Center and take the capsule 100,000 feet (nearly 19 miles) above the earth’s surface to the very edge of space. Once there, the Spaceship Neptune will float for two hours giving its “explorers” a stunning view of Earth and the cosmos. The entire journey will take six hours: two to reach the stratosphere, two to admire the stunning space views and two to come back down and safely land in the ocean.

The company also said that Spaceship Neptune will also be used to carry research payloads into the stratosphere. Indeed, it will do just that when it takes its first un-crewed test flight early next year.

“Following the return of human spaceflight from US soil just a few weeks ago, people have never been more excited about space travel,” Founder and Co-CEO Taber MacCallum said in a statement. “Few endeavors are more meaningful than enabling people to experience the inspiring perspective of our home planet in space for the betterment of all, and that’s what we are accomplishing with Space Perspective.”

While testing still needs to be carried out, you can book your spot on a future flight now through Space Perspective’s website. Pricing has yet to be finalised, but the company expects the cost to be about half that of a trip on a sub-orbital space plane, which currently runs in the neighborhood of around £100,000. Hey, we can think of worse ways to blow six figures.