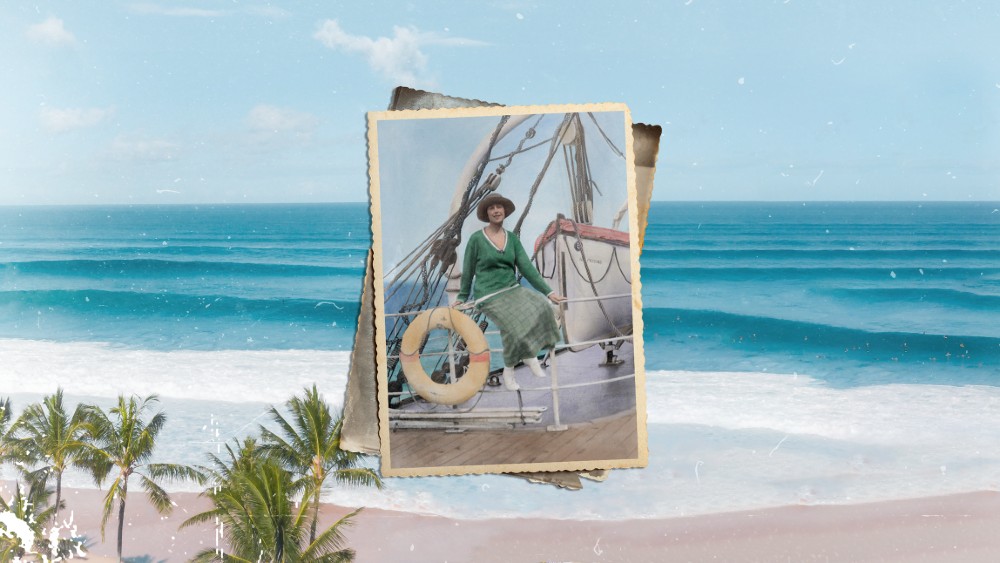 There is something infinitely enduring about the works of Agatha Christie, who has become one the best-selling authors of all time – outsold only by Shakespeare and the Bible. For lovers of adventure, the appeal may be that many of Christie’s novels unfold against glamorous foreign backdrops and feature a heady coupling of thrilling mystery and the elegance of bygone travel. Among the most famous of these is 1937’s Death on the Nile, a whodunit set on an Egyptian paddle steamer. Kenneth Branagh’s glitzy film adaptation of that tome opens in theaters today, but for Christie fans who crave more than a cinematic glimpse into her wanderlust-propelled fiction, luxury travel operator Black Tomato has crafted a thoughtful series of customised journeys that follow one of the English author’s own real-life adventures: her famous 1922 Grand Tour.

A century ago, Christie set off on an epic 10-month voyage around the British Empire with her first husband, and to commemorate that milestone, James Prichard, chairman and CEO of Agatha Christie Limited—and Christie’s great-grandson—tapped Black Tomato to orchestrate a multi-leg Grand Adventure that kicks off in the United Kingdom, then explores Africa, Australia and New Zealand before culminating in North America.

Prichard deems it a history lesson “encouraging travellers to transport themselves back 100 years and imagine what these trips would have been like then, what it would have felt like to get to these places with so little knowledge of what to expect,” he explains to Robb Report, adding the participants will also get a feel for how Christie’s travels “fuelled her imagination.”

By collaborating directly with Prichard, the operator was able to reference Christie’s own insights on her eye-opening holiday, which, as Black Tomato cofounder Tom Marchant notes to Robb Report, were “so meticulously chronicled through pictures and letters to her mother,” as well through her own collection of photos, postcards and newspaper clippings. Marchant adds that this helps the programming feel especially considered and intimate, “drawing travellers in much in the way that mystery’s grande dame continues to do with her lyrical and unequalled knack for storytelling.”

Although Black Tomato’s contemporary rendition of Christie’s sojourn is envisioned as a 40-night whopper, it can be shortened to include one or any combination of destinations—and, like all Black Tomato itineraries, can be customised to a client’s specifications. The London portion might include high tea at Brown’s Hotel in London with Prichard and historian Lucy Worsley, for example, while the South Africa leg—which inspired Christie’s The Man in the Brown Suit—may feature sea kayaking or a ride on the swank Blue Train.

In Australia, you can ride a desert bush trams, just as Christie did, to navigate the Dandenong Ranges, while in North America, you can opt for a one-on-one surf lesson on Hawaii’s Waikiki Beach (a nod to Christie’s own introduction to the water sport on Africa’s Cape Peninsula) or enjoy a private flight over Niagara Falls and tastings at three nearby boutique wineries. In between this flurry of escapades are stays at storied hotels like Belmond Mount Nelson in Cape Town, Saffire Freycinet in Tasmania, Otahuna Lodge in New Zealand, the Fairmont Banff Springs in the Canadian Rockies and the Mandarin Oriental in New York City.

Marchant, buoyed by childhood memories of staying up late with Murder on the Orient Express and watching Christie television dramas on Sunday nights with his family, says that “reading her stories and absorbing them on the screen drove a desire in me to travel further afield”—and that’s exactly what Black Tomato’s itineraries aim to do as well. He adds that Christie’s “uncanny ability to breathe life into destinations, perhaps not always knowingly, through her wildly inventive characters and storylines make her as relevant as ever.”