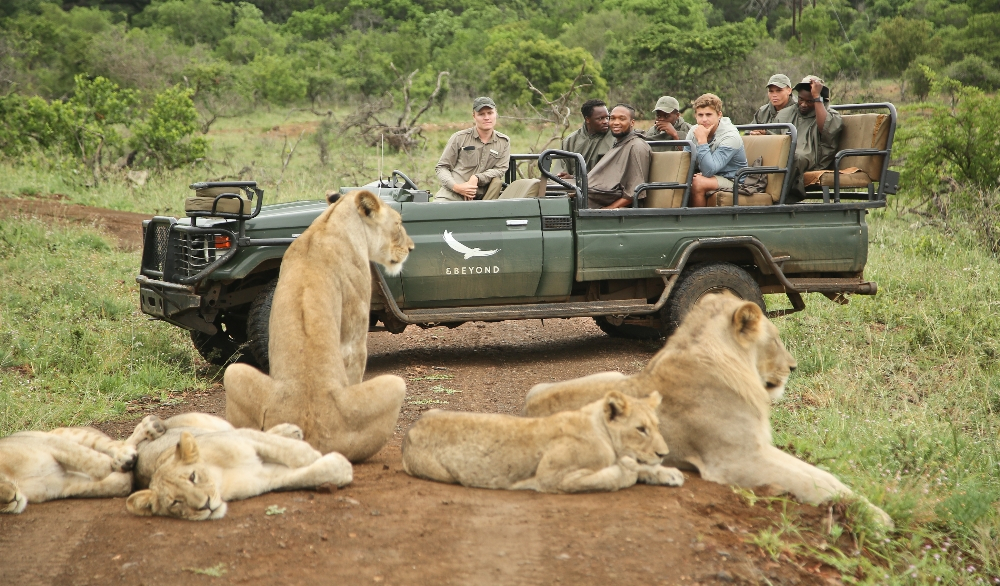 If you’ve been on a safari game drive, then you know how unforgettable it is to bump along in an open-air jeep, savouring the peace and majesty of untamed landscapes while searching for some of their wilder inhabitants. It’s an experience that’s both exhilarating and meditative—and that typically caps off with a morning coffee or sundowner cocktail in the bush. While roaming miles of wide-open spaces in this manner may seem very far away at the moment, three top luxury safari companies are inviting armchair explorers to join them on live game drives that manage to capture the excitement of spotting animals in the wild, complete with commentary from knowledgeable guides. All you need to bring is your own coffee or cocktail.

Happening twice a day (morning and sunset) through the month of April, andBeyond’s live game drives are presented in partnership with wildlife broadcasting experts WildEarth. Each three-hour drive switches between live feeds from andBeyond Ngala Private Game Reserve, which shares unfenced borders with the famed Kruger National Park, and the nearby Djuma Private Game Reserve in the Sabi Sand wildlife area. Viewers feel like they are there bumping along with the personable field guides, and can even ask them questions in real-time via YouTube or Twitter. (The first 45-minutes of each drive will focus on questions from kids.) Some of the possible residents you might see are elephants, giraffe, wild dogs, a female leopard, and the Birmingham lion pride—which currently includes two white lion cubs. Click here for the game drive viewing schedule and to connect to the various streams. In addition to these broadcasts with WildEarth, andBeyond is also posting shorter live game drives from two of its other South African camps on Instagram TV; to get notified when one of the rangers had logged on, follow @andBeyondTravel.

Lions, rhino bulls and baby elephants are just some of the wildlife resident photographer and safari guide Ross Couper encounters on his drives through the Singita Sabi Sand concession in South Africa—and now you can come along for the ride. Held twice a day, the already-popular live streams (which typically range from 30-minutes to one hour) take place at the brand’s luxe private reserve, which sits adjacent to Kruger National Park. You can join the drives via Instagram TV; follow @Singita for details on daily timings. The drives can also be viewed for 24-hours after they conclude, along with 30-second highlight videos the lodge is posting to its Instagram feed.

Part of Richard Branson’s Virgin Limited Edition collection, the 20-room Ulusaba Private Game Reserve is made up of two distinct lodges—one set high up on the rocks, another perched on the banks of a dry riverbed. Surrounding both of them is a seemingly endless savannah rich with wildlife (including the Big Five) that guests get to explore on drives with the retreat’s expert rangers and trackers. Until you can be there in person, join the staff on a game drive via Instagram Live; the outings will take place every Monday for the next four weeks (starting April 13th), at 3:30pm British Summer Time. To join, follow @VirginLimitedEdition. The videos are the first in a planned series of live content from across the Virgin Limited Edition portfolio.