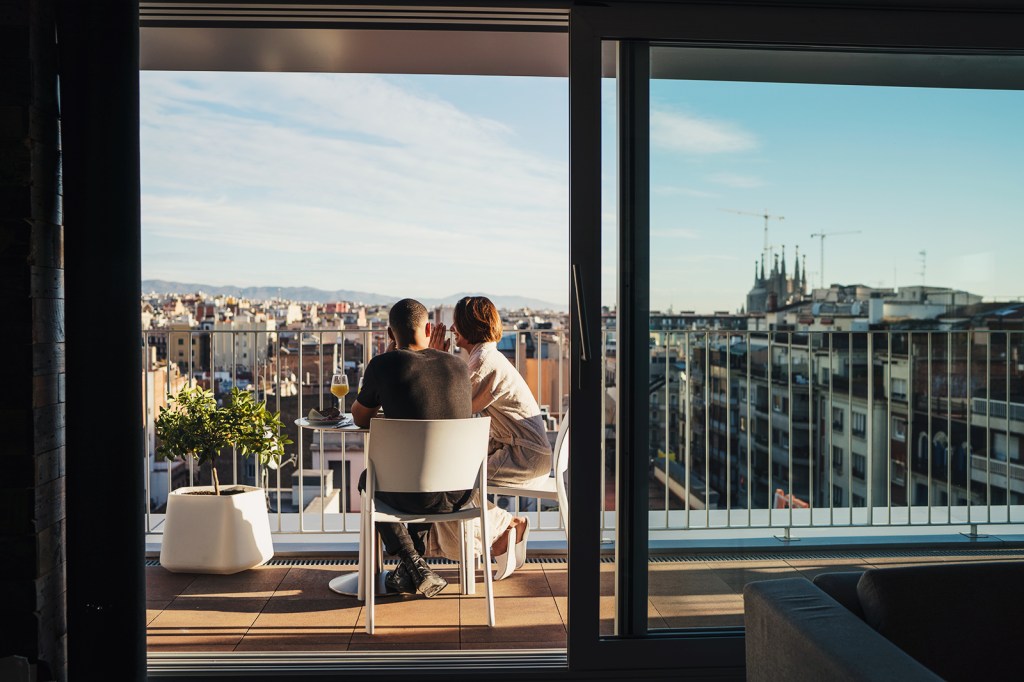 Tagskryt – aka ‘Train-Bragging’
Flying is so yesterday: instead, consider Tagskryt (pronounced ‘tag sturt’), a Swedish word for train-bragging – a new trend amongst those who are looking to improve their carbon footprint but still see the world.

Try the trend
Generator is an award winning accommodation provider located in the hub of cities including Paris, Amsterdam, Barcelona, Madrid, Berlin, Hamburg, Venice and Rome. For globetrotters who want to rediscover the romance in train travel and immerse themselves in Europe’s thriving culture, all Generator properties are a stone’s throw from the main train stations, the perfect option for those who want to be in the heart of the city and its social scene. With its unique mix of hip designed, super-friendly and centrally located spaces, Generator makes all types of travellers feel welcome. 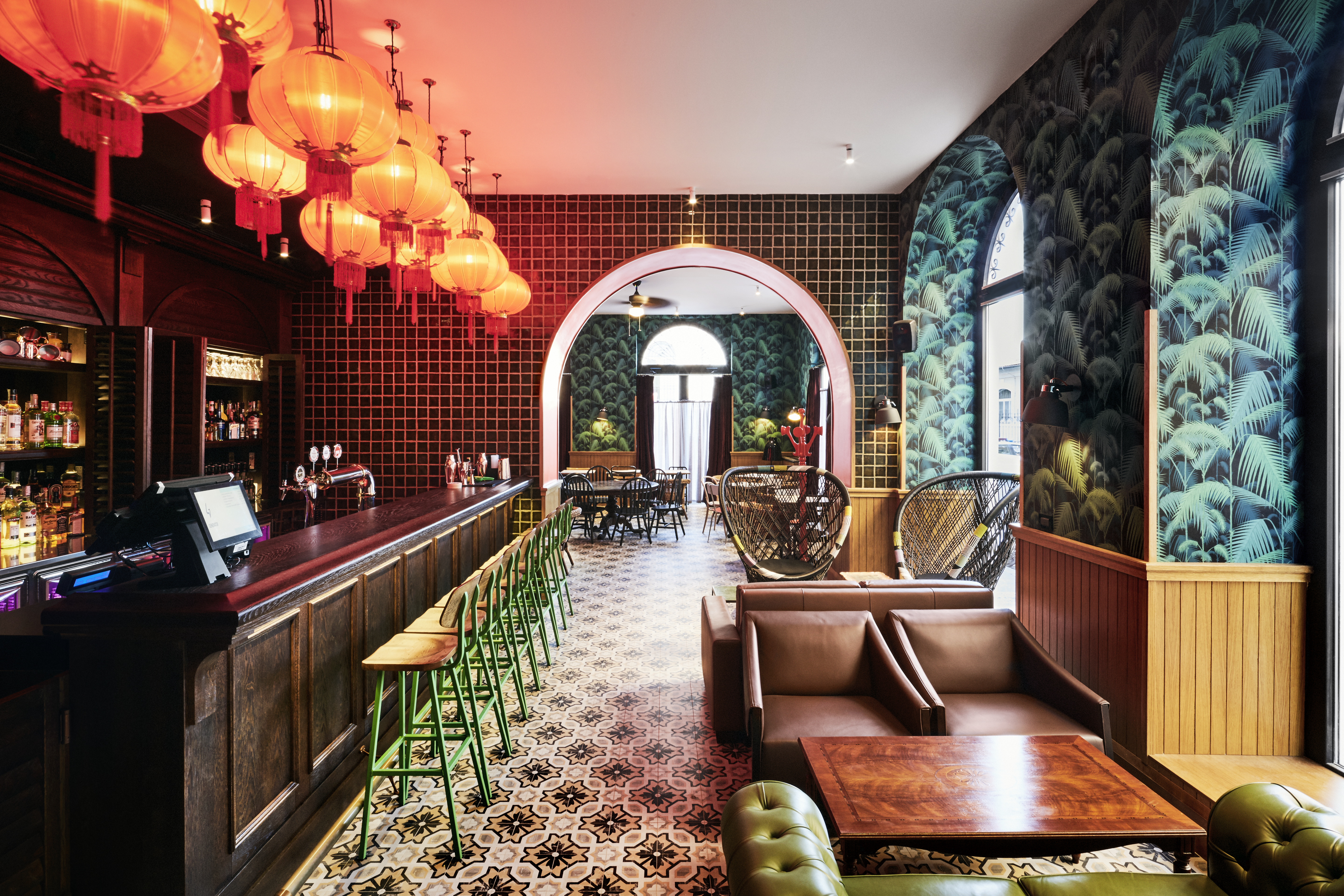 One of Generator’s Rome haunts

Philantourism
Choosing a holiday or experience in order to support a destination is set to become all the rage. Once visitors arrive at their destination, all they need to do is eat locally, shop locally and tour locally to ensure their money is going into local pockets.

Try the trend As well as rich culture, history and idyllic white-sand beaches, Puerto Rico also offers visitors unique opportunities to support local communities in 2020. The aftermath of Hurricane Maria has seen the mobilisation of a network of cooks, farmers and restaurateurs to help rebuild the island by reclaiming Puerto Rico’s agricultural and culinary independence.

The farm-to-table movement, which began in 2018, champions locally-sourced food over importation, with ingredients sourced only from local farms and producers, boosting local businesses and sustainable agriculture. Visitors can get involved at restaurants such as Verde Mesa, 1919 Restaurant and Vianda, whilst those seeking a full immersion can stay at Finca Victoria (https://www.lafinca.com), a two-and-a-half-acre botanical farm guesthouse, tucked into the hills of one of Puerto Rico’s most beautiful islands – Vieques. 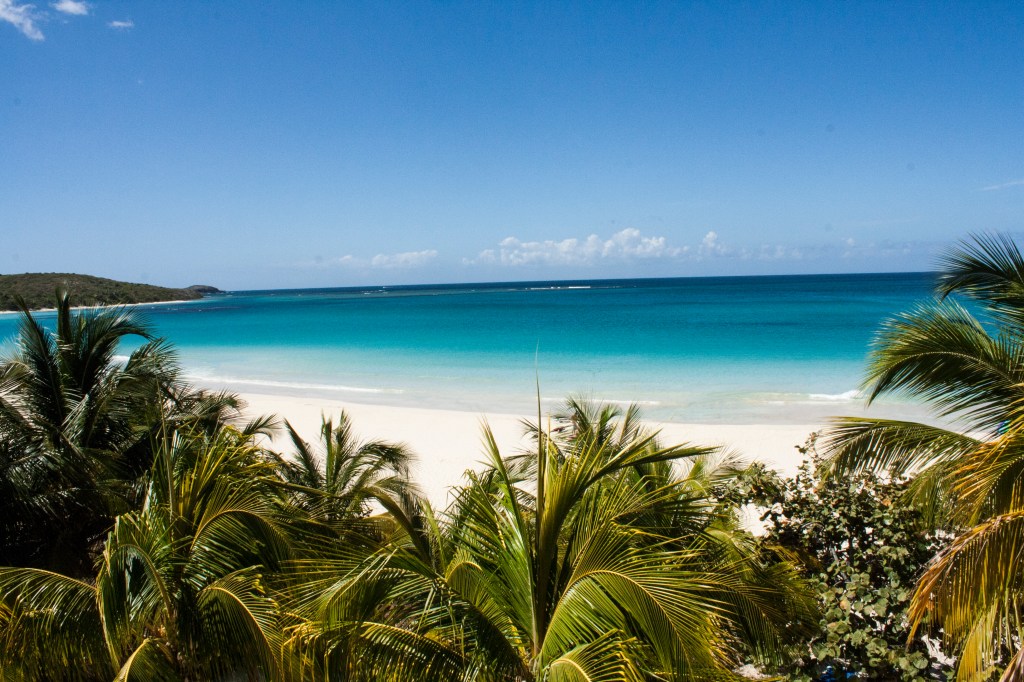 Edventure
Edventure is a solution for those looking for travel experiences that enriches them on numerous levels, combining travel and adventure with immersion in the destination.

Try the trend
Combine the Florida sun with a festival of celebration and an educational programme entailing seminars and conferences at the inaugural Pride of the Americas in Greater Fort Lauderdale’s (21-26th April 2020). Across the six day festivities, over 35,000 travellers from around the world are expected. The event will showcase conferences and symposiums to help improve the education, understanding and support for the LGBT+ community across the globe. 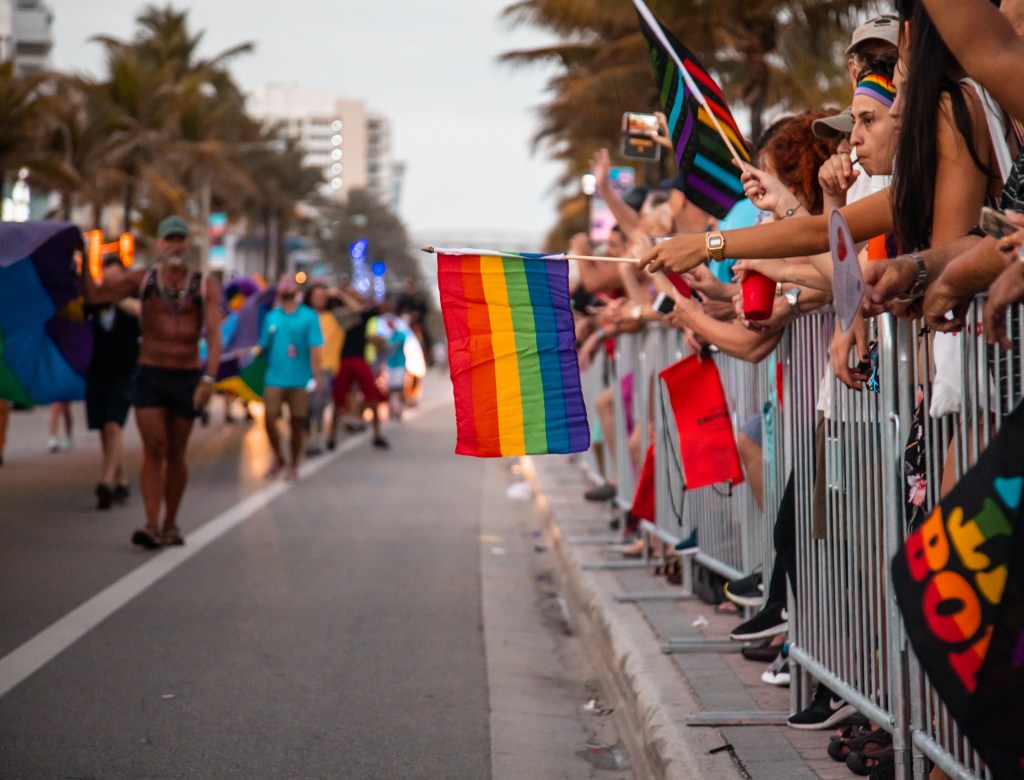 Under-tourism
Tourism has established itself as a core economic sector in just a few decades, helping a number of destinations thrive but also causing overcrowding, with the selfie stick-wielders often causing conflict with locals as well as the surrounding environments.

Try the trend
Vienna is one city which is developing a vision for the future, whereby instead of focusing on increasing numbers of visitors, the tourist board is doing quite the opposite, putting sustainable growth first and focusing on balancing the needs of visitors and residents carefully in their Visitor Economy Strategy 2025.

This new strategy prioritises ‘Shaping Vienna’ and completely redefines tourism as a phenomenon and its effect on the destination, while targeting sustainable development and balancing the needs of both residents and visitors. Already, 9/10 Viennese locals see tourism as a positive and the new strategy will therefore place emphasis on adding value for the city, its residents and businesses. 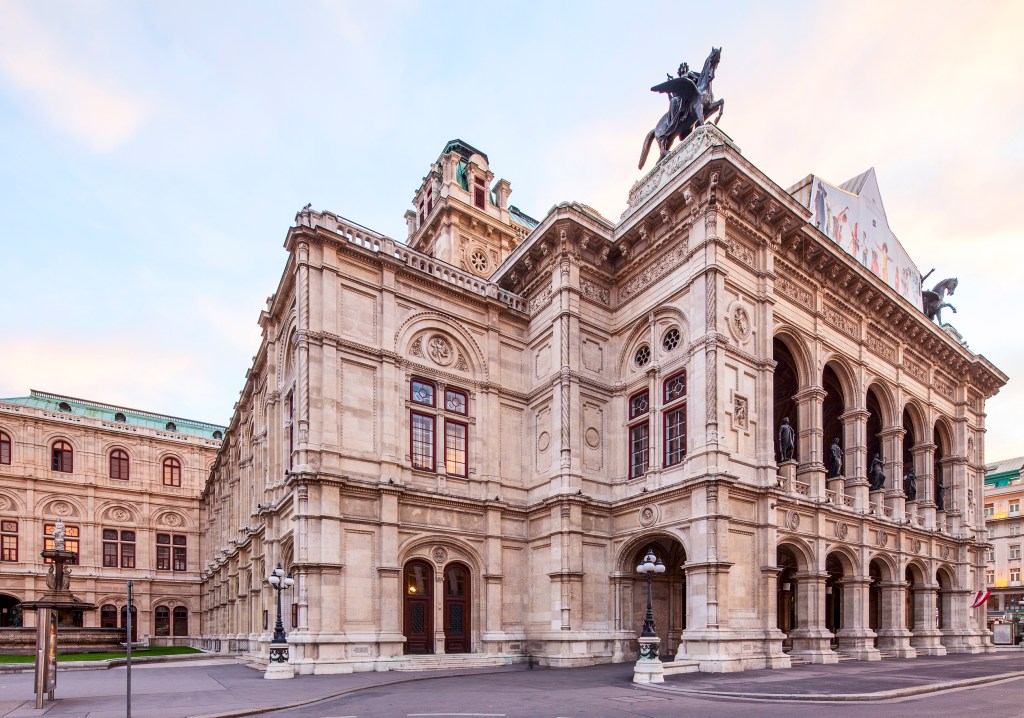 Responsible destination choices
As well as weighing up destinations in terms of crowd avoidance, as we embark on the 2020s, the desire to live and travel in a way that is more sustainable is at the top of travellers’ minds.

Try the trend
Visitors to Santa Monica don’t have to sacrifice the indulgences of luxury in order to “go green”. The city’s longstanding commitment to the environment includes a goal to achieve zero waste by 2030. It’s commitment to this and emergence as a leader in environmental protection was showcased when it became the first US city to ban single-use plastics, which went into effect at the beginning of 2019.

Santa Monica has a number of eco-friendly hotels that ultimately lower the carbon footprint of the traveller, and the city also encourages visitors to explore the eight neighbourhoods on foot or bike, with no need for a car. Reinvention, Rediscovery
More and more destinations now want to reinvent their reputations and educate their visitors about what else they have on offer. Which means treading terrain you’ve already visited needn’t be a samey experience.

Try the trend
As a popular backpacker stop, Vang Vieng, Laos used to be associated only with partying. However the area has slowly been reinventing itself into a hub for the nature lover, and a destination for those seeking adventure off the beaten track.

With the launch of the first international hotel, Amari Vang Vieng travellers now have the perfect base from which to explore. Set in the heart of the city along the Nam Song River surrounded by dramatic limestone mountains, the hotel is designed to meet the needs of the modern traveller. The earthy tones and cool hues of the interior design are reflective of the new sense of tranquillity in Vang Vieng, juxtaposed with the myriad of activities and adventure opportunities to discover. 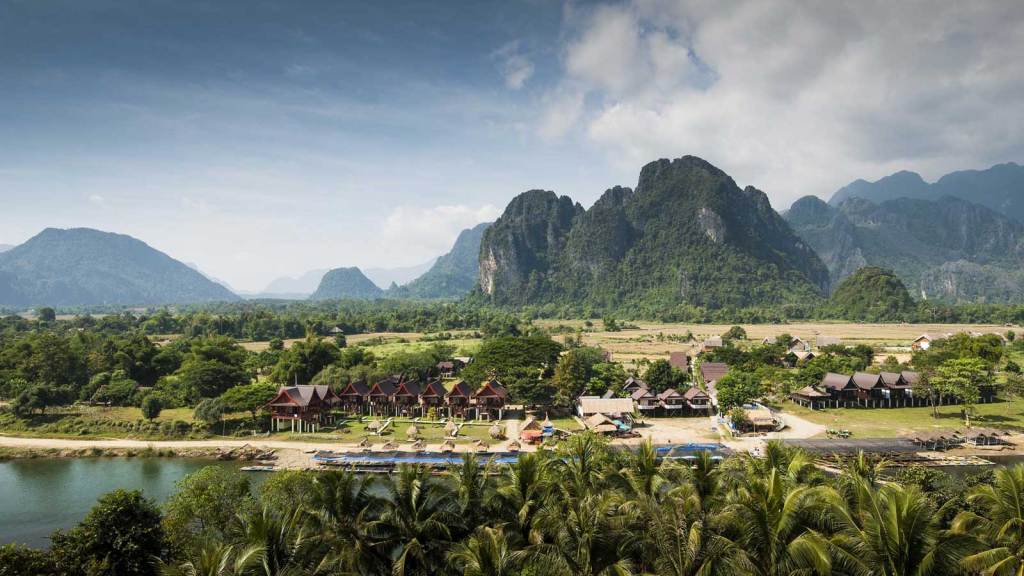 Bucket List Factor
Rarefied experiences  – especially those that involve learning a new skill – will be a major trend this decade.

Try the trend
If you haven’t already got scuba diving qualifications, consider doing so in, or before visiting, Bahrain, the Island Kingdom in the Arabian Gulf. Here, you can explore the world’s largest underwater theme park. Covering an area of over 100,000 square metres and featuring a 70-metre long decommissioned Boeing 747 as its centrepiece, the largest aircraft ever to be submerged, divers can swim through the underwater spectacle, whilst admiring the marine life and coral. 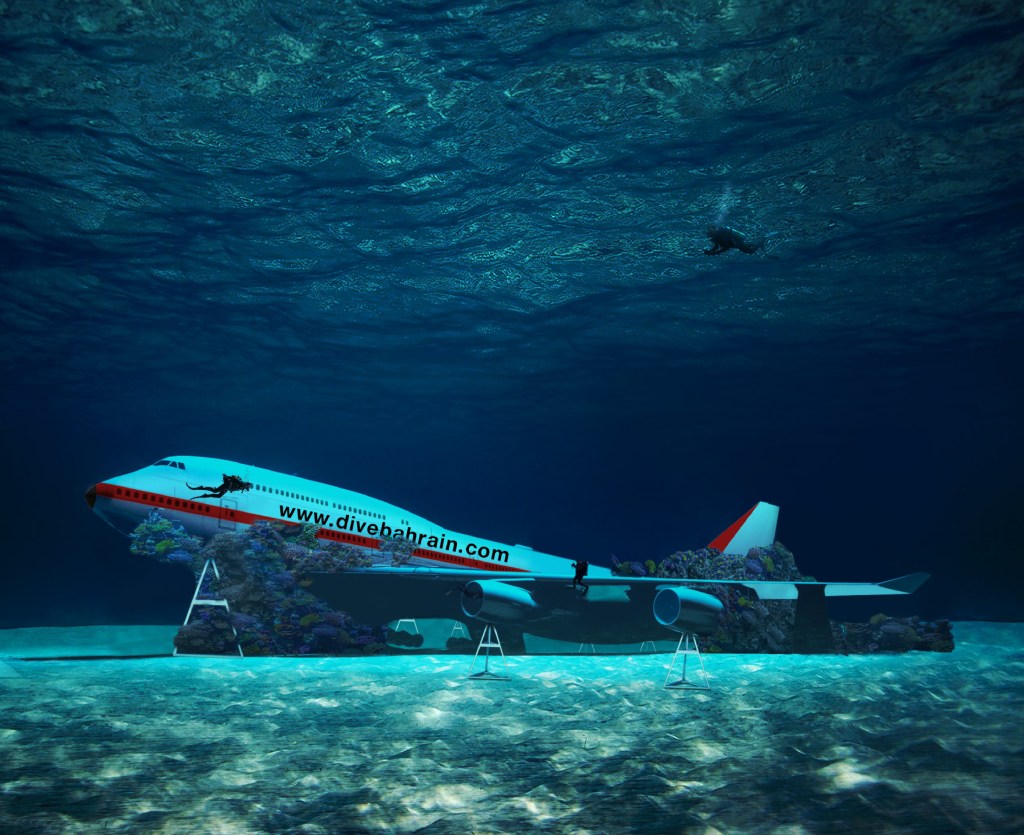 Friendmoons
Friendmoons are holidays that are taken with close friends to celebrate milestones such as weddings, friendiversaries or any other big life event. Newlyweds are beginning to invite their closest friends to join them on their honeymoons to celebrate their next chapter together.

Try the trend
Grab the gang post nuptials and head for a pamper retreat The Palm Beaches in The Sunshine State, Florida. Boasting an abundance of sunshine, 47 miles of Atlantic coast and experiences to induce relaxation and ultimate tranquillity, from spa treatments to private catamaran cruises, it’s a destination where friends can unwind and relax in style. 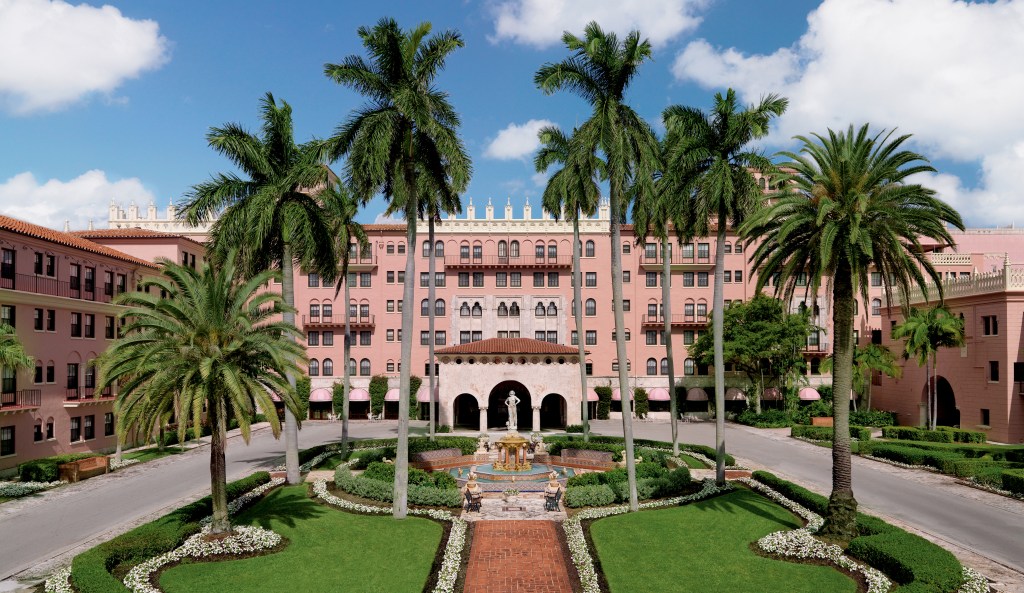 Micro-cations
Shorter, more frequent trips that can be taken throughout the year as opposed to one big annual trip are on the rise. They require less preparation and, obviously, less time off, and are perfect for those who need recharging but without the stress of planning longer leave.

Try the trend
Time-poor travellers looking to tag on a holiday following a business trip to Washington or New York can head to Baltimore. Fondly known as  ‘Charm City’, the city has 250 colourful neighbourhoods, a terrific fresh seafood scene and a diverse waterfront, rich in history and culture. 2020 will see the buzz around Baltimore reach new heights as the city continues to undergo a marked transformation and urban renaissance. 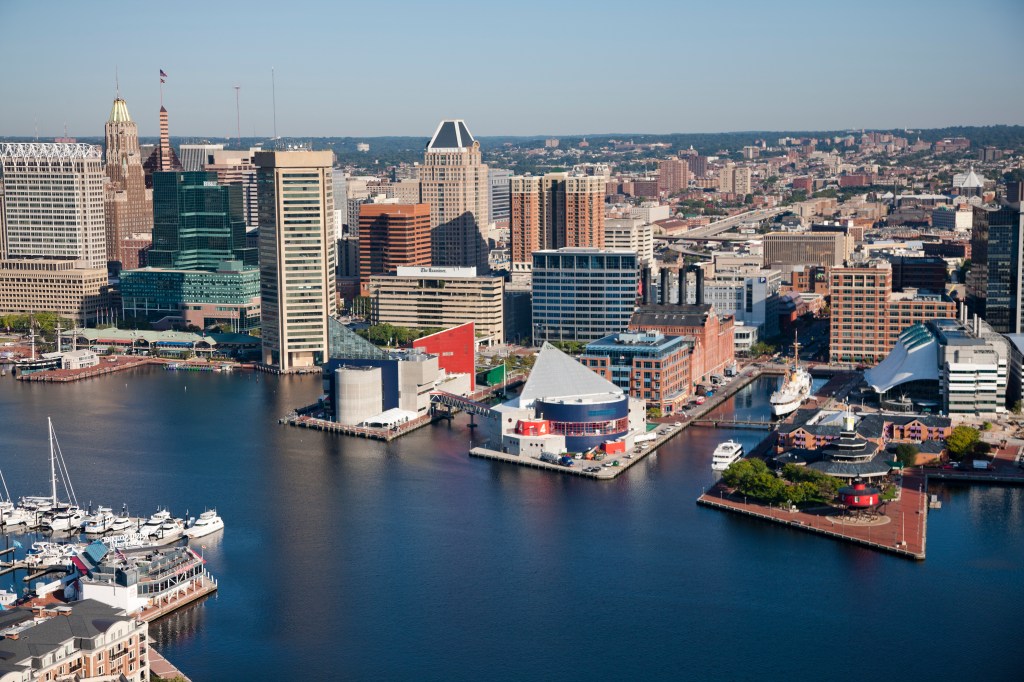 The US metropolis known as ‘Charm City’  Ken Stanek

Me-cations
2020 will see couples holidaying separately, dedicating more ‘me-time’ to experiences of their choosing – and minus the stress of kids-in-tow (not to mention partners-in-tow).

Try the trend
Canada offers the ultimate self-indulgent trip, in the form of a Big Five Safari in Manitoba. Nature and wildlife enthusiasts who are looking for a holiday to spoil themselves can go spotting for this part of the world’s ‘Big Five’ (black bear, bison, moose, polar bear and beluga whales). 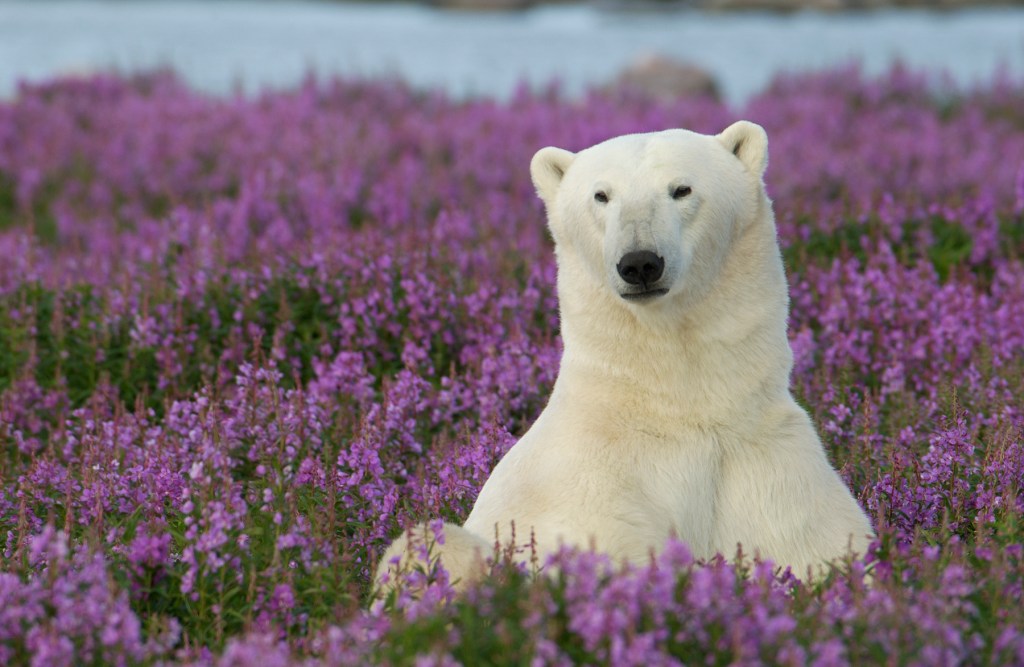