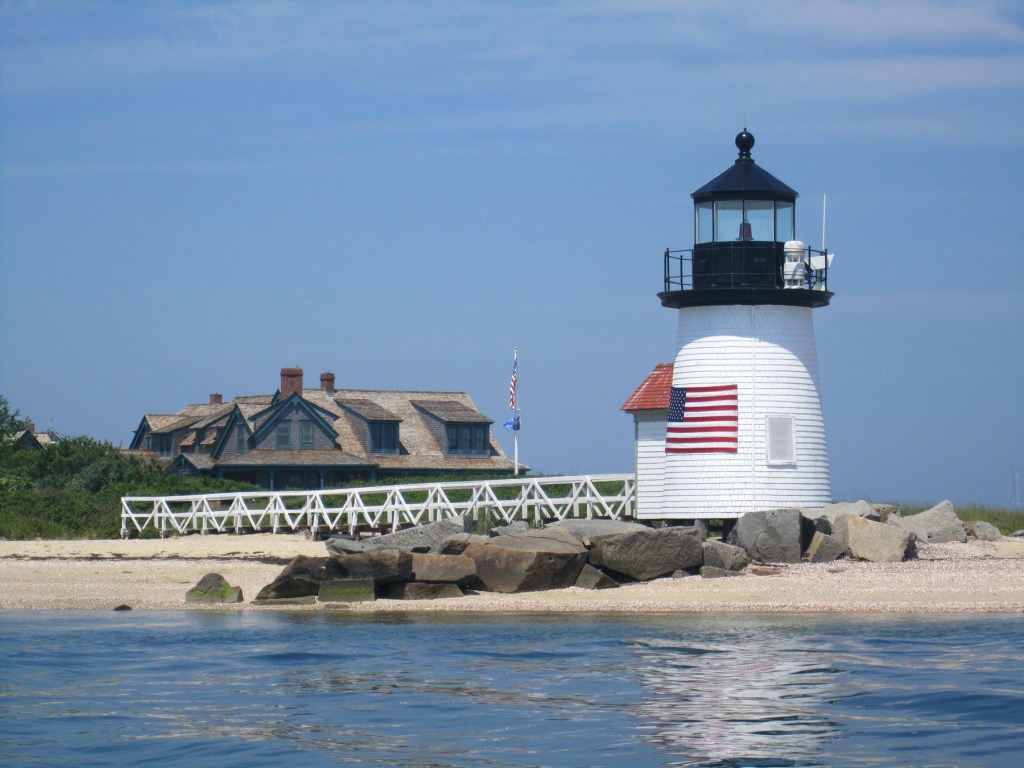 In the second of a two part series, we head West to America’s sleepiest resort town, then back East to its most populous city

A wind-swept outdoor experience on the New Bedford-Nantucket ferry will make up a large part of your journey 100 miles east to a beautifully appointed hotel, fresh from a multi-million dollar refurbishment, whose doors have been darkened by well-heeled guests since the late 1800s.

Nestling at the northern extremity of the remote island that provided Herman Melville inspiration to write Moby Dick, next to the Coskata-Coatue Wildlife Refuge, The Wauwinet – nine miles from the island’s main town – is swanky and yet blissfully unfussy, with its solid wooden floors and furnishings,  soothing neutral hues, eclectic furniture and luxurious flourishes such as the custom Pratesi by Rivolta linens and capacious bathrooms with Carrara marble herringbone flooring. 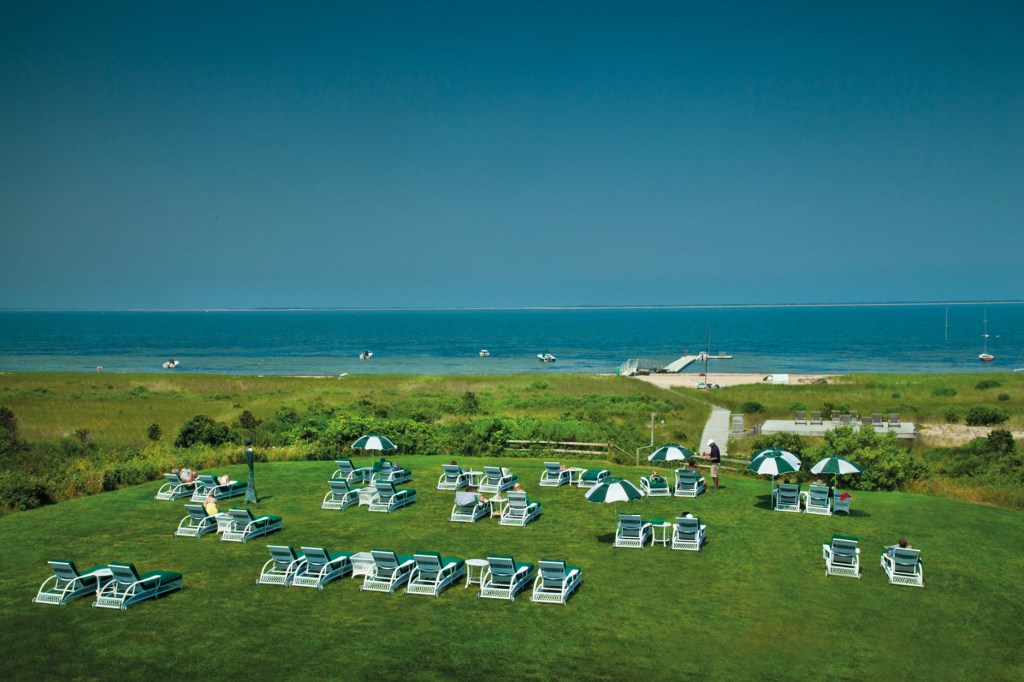 If you’ve got a good book on the go, you’ll face a hard choice between a spot on the blissfully non-crowded beach, the usually empty library and just out on the lawn, rabbits hopping around you in the mist, for an early morning read. Whale spotting, lobstering or surfcasting excursions and cooking lessons are other popular pastimes here, as are picnics, invariably involving clam chowder and/or boiled lobster, on the beach.

Later on, a saunter down the cobblestone streets of downtown Nantucket (attractions include the Nantucket Whaling Museum and the Visit Cisco Brewery) might conclude with a wander around the labyrinth boat jetties. Here, the feeling that you’re in one of the most prosperous little nooks of the planet – despite a slightly kitsch tinge to the town typified by the risqué, tourist-shop t-shirt references to a certain limerick about a man from this particular state – becomes palpable. 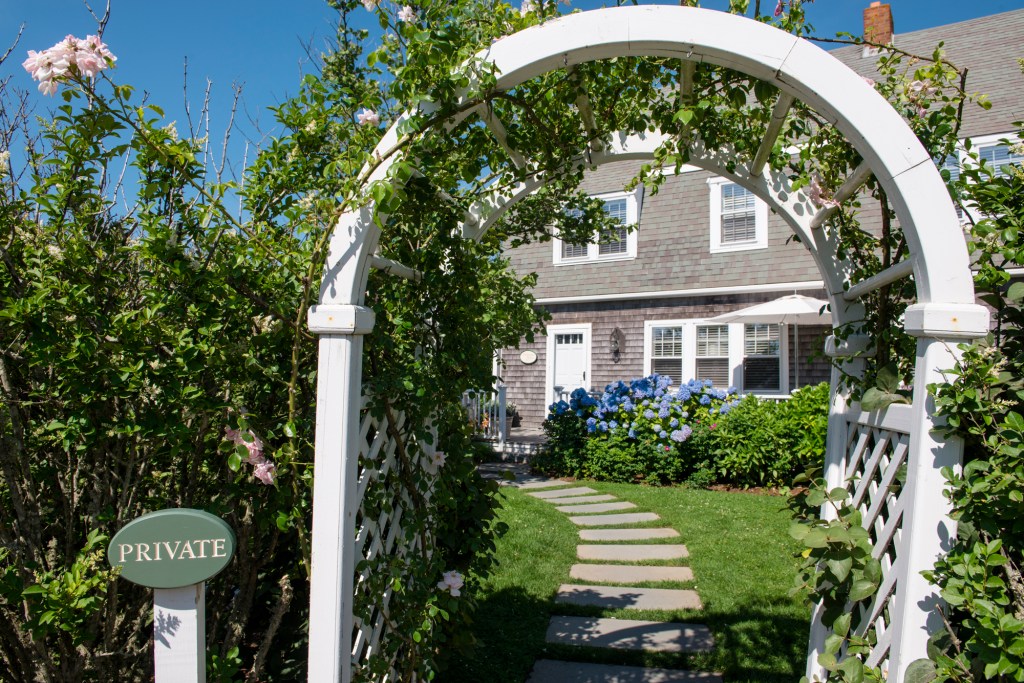 A path up from the sea to the hotel

Back at the hotel, expect superb service: The Wauwinet belongs to the Relais & Châteaux group, which means that the a pre-arrival concierge should be in touch to find out your preferences – culinary preferences, preferred activities and so on – before you even arrive. By evening time, you’ll be ready to hop aboard the Wauwinet Lady and take the short trip to The Wauwinet’s restaurant, Topper’s, where fresh New England seafood (try the Retsyo Oysters on the half shell, cultivated about 300 yards away) is complemented by 1,450 carefully curated wines which have frequently seen the hotel sweep up the Wine Spectator Grand Award. The deck, with its heated awning and views of the bay, is as pleasant a place for an autumnal dinner at dusk as any on the planet. 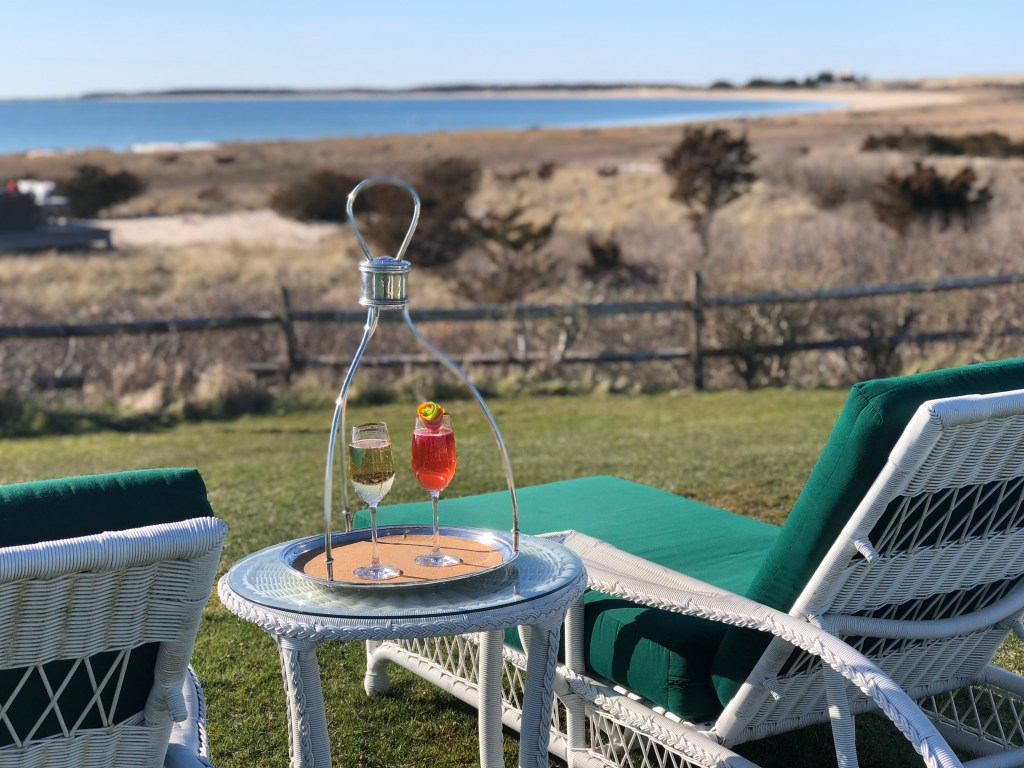 There are 32 guest rooms and four cottages across from the main building, but Anchorage House – a two-floor, three-bedroom construction, on a beautifully landscaped courtyard just across from the main building – is the prime choice. Expect an Atlantic-inspired navy and sandy decor, nautical-themed watercolours, stylish but unfussy furniture from the California behind the building’s refurb, Serena & Lily and the keys to a 2019 BMW 760L SUV for the duration of your stay.

No trip to the north-east of the USA is complete without a visit – in this instance via a one-way flight from Nantucket – to the country’s largest metropolitan area: home to almost 21 million people, 200 languages, almost 350,000 millionaires and 7.25 per cent of the world’s gold. The Big Apple’s offerings need no explanation, but we thoroughly recommend spurning the tower-block global hotel chains in favour of this 17-storey edifice, sitting proudly amongst the elegant brownstones on a quiet street that links Park and Madison Avenues, as your base the next time you go to explore.

Built in the twilight years of Prohibition, The Lowell – which is now owned by TV and film producer and beauty entrepreneur Dina De Luca Chartouni – has been through three major restorations, including one in 2007 which saw Michael S. Smith (whose work includes President Obama’s White House, as well as the homes of Harrison Ford and Cindy Crawford) called in to re-do the rooms. So enamoured was camp Chartouni with the outcome, he was recently called in again to overhaul the public spaces. 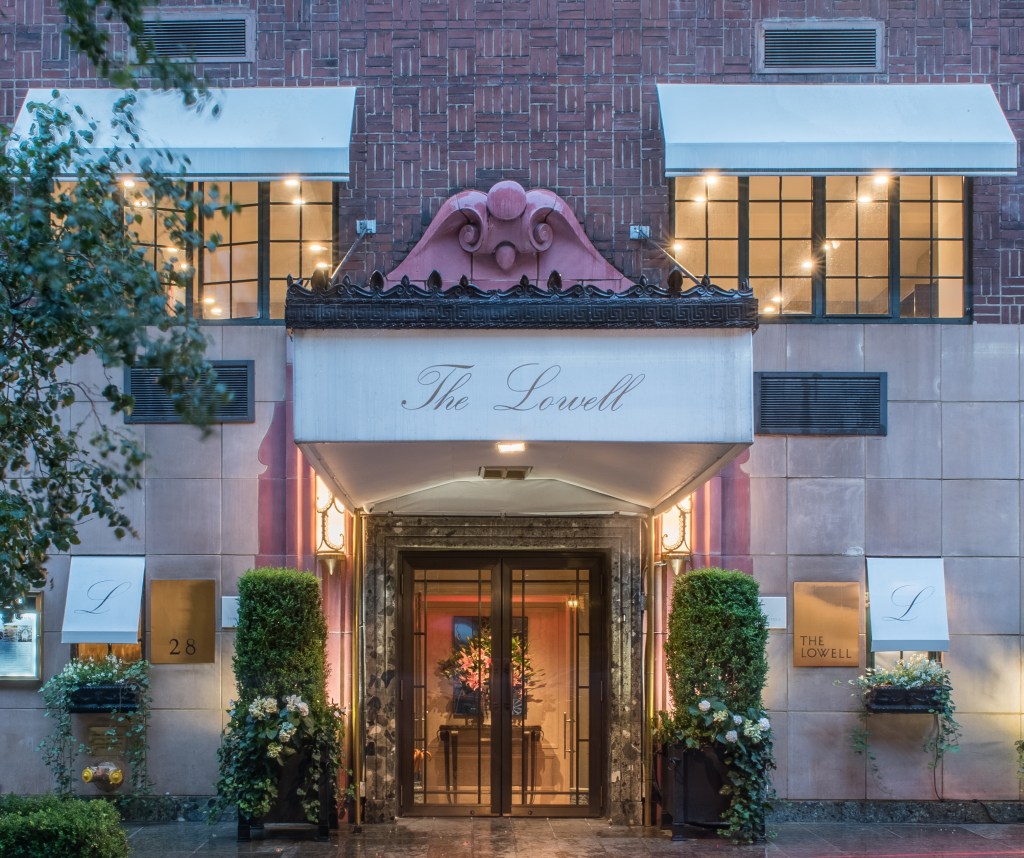 What Smith dutifully created was a peaceful bastion of serenity, just one block from the edge of Central Park. It’s temping, each time you walk through The Lowell’s art deco façade in to be hit by an olfactory cocktail of orchid and hydrangea, to cross straight over the marble-floored foyer into either the Clubroom filled (which is dotted with wingback club chairs, its walls lined with artworks and vintage books), or over to Jacques Bar: a place where oak panelling, velvet banquettes, leather-panelling, mosaic marble floors and antique mirrored ceiling conspire to transport you back to the roaring twenties, when the edifice in which you’re ensconced was erected – especially when you’re sipping at a martini which I can unscientifically but emphatically assert to be the best Manhattan has to offer. The Pembroke Room, accessible via the lobby’s grand marble staircase, offers an equally grand but more afternoon tea-ish vibe. 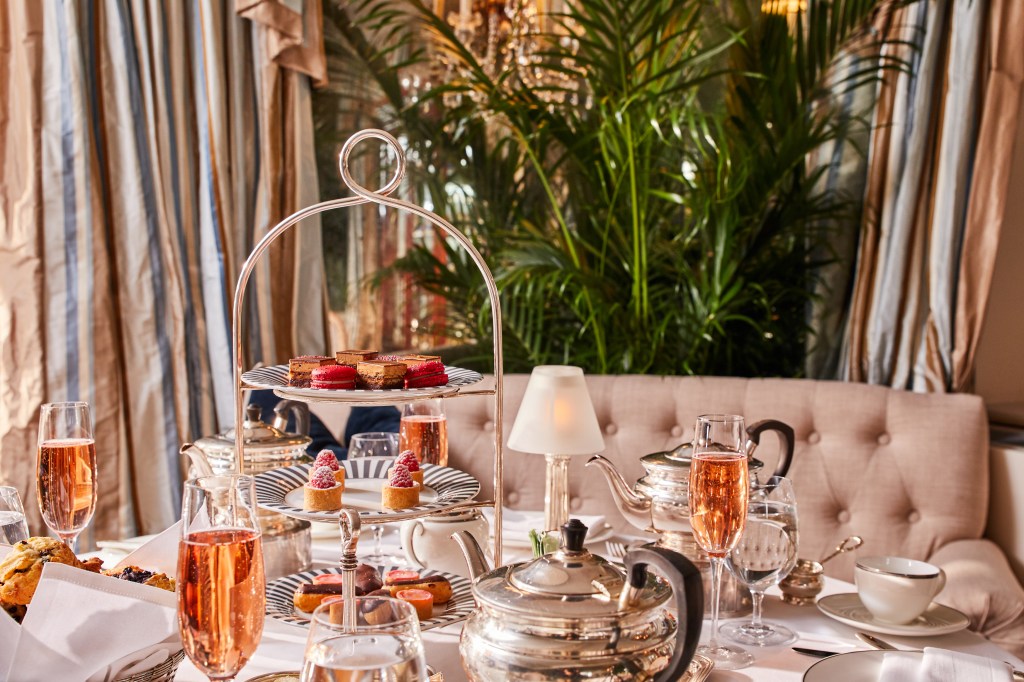 In creating one of the most appealing Penthouse Suites in the City, Smith has, clearly with one eye on the town houses it overlooks, opted for a three-bedroom pied-à-terre which fuses American modernism with classicism from across The Pond. The four private terraces overlook upper Manhattan, while a gourmet kitchen opens up into to a bright dining conservatory. Wood-burning fireplaces (a rarity in Manhattan but seemingly de rigueur at The Lowell), art and antiques, hand-painted DeGournay wallpaper and Selene marble baths contribute to a cosily convivial whole.

At the main restaurant Majorelle, meanwhile – a space inspired by a 12-acre botanical garden in Marrakech belonging to Yves Saint Laurent – local restauranteur Charles Masson and Belgian chef Emmanuel Niess whip up Mediterranean magic such as lobster with ginger and summer vegetables and a silky, rich saffron risotto. 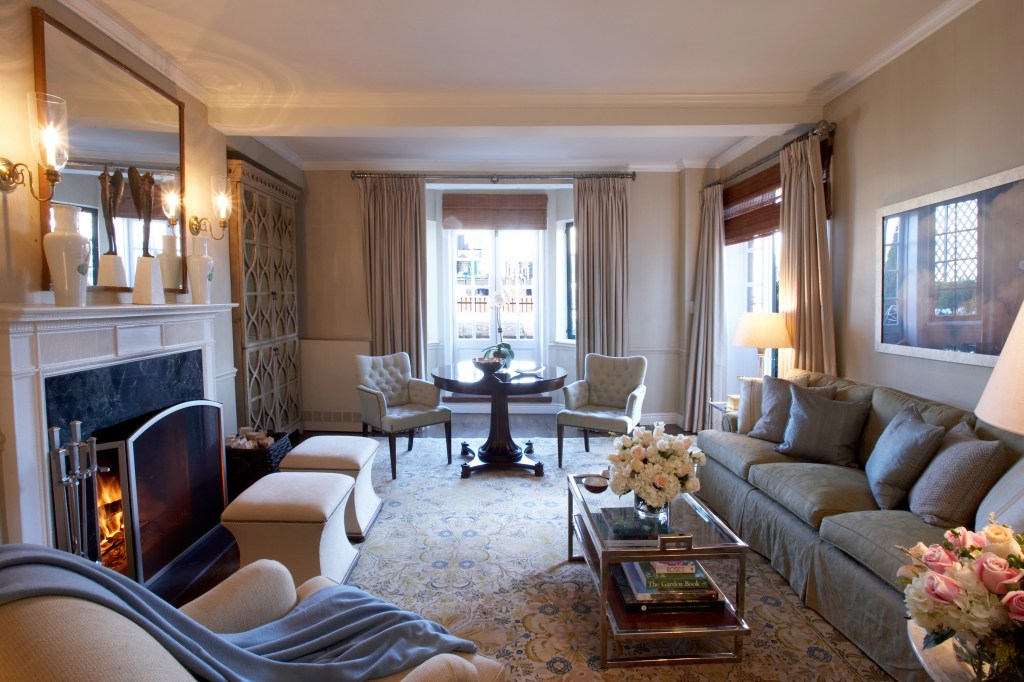 As with The Wauwinet, expect to hear from the Guest Relations Team in advance of your stay: the bespoke experience they’ll offer you, based on impeccable local knowledge and catholic connections, will ensure you round off this whole trip in the manner it deserves.