Colonial-era hotspots, literary and cultural intrigue, culinary flair in abundance… The pocket of land and sea where New York State, Massachusetts, Rhode Island and Connecticut convene is surely the most storied and stimulating corner of America. Add to that a newly re-invigorated hospitality scene, and there’s never been a better time go and investigate. Here’s our suggested itinerary…

STOP ONE – THE INN AT HASTINGS PARK, LEXINGTON

The state of Massachusetts is named after one of the many native tribes who once roamed, foraged, hunted, farmed and fished along a craggy coastline now dotted with towns which these days are painted almost as often as they’re photographed. For modern Americans, though, the town of Lexington, 11 miles to the north-west of Boston, has a significance that is entirely post-colonial: it was here that an armed conflict between Britain and its thirteen colonies in America broke out, thus leading to the town’s proud moniker today, “Birthplace of American Liberty”.

The best place to take in all the historical splendour the town offers, for our money, lies to the town’s west, 15 miles from Boston and a short walk across Lexington Common National Historical Site from The Buckman Tavern, whose front door still proudly displays a bullet hole from the skirmish that launched the war in 1775. The Inn at Hastings Park – see main picture – is a thoughtfully restored, soul-restoring boutique hotel, whose 22 rooms are set within three grey clapboard buildings – the Main House, originally made in 1888 as a private home; the Isaac Mulliken House, a residence built in 1841 for a local politician; and The Barn, which was once Mulliken’s carpentry shop – set around a courtyard. 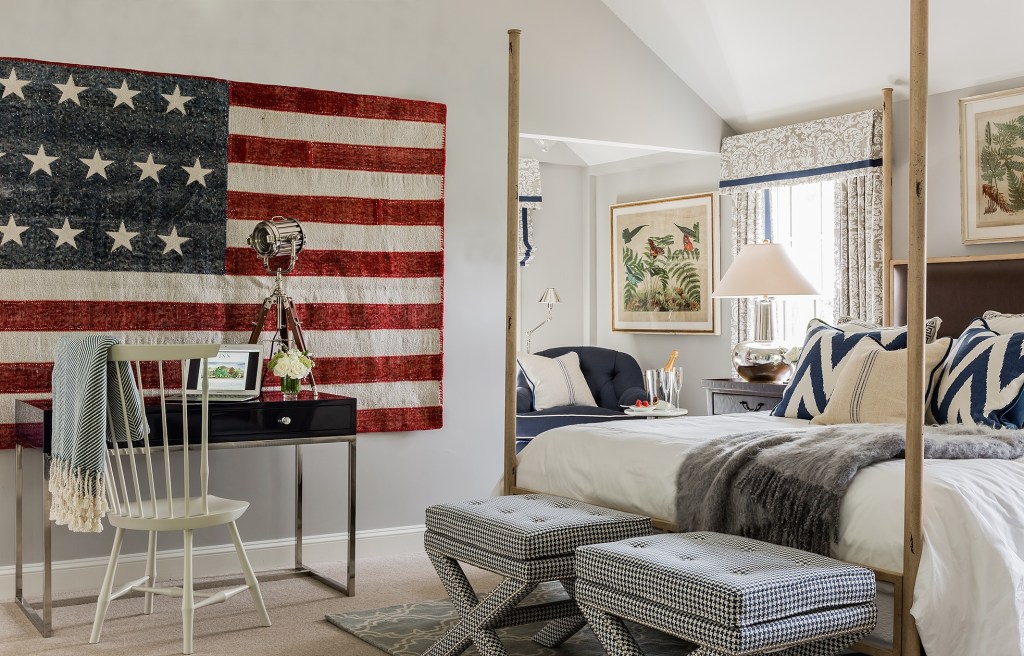 The décor pays subtle homage to the colonial era, but with modernist accents prevailing throughout: wooden furniture which could be mistaken for being 19th century, for example, has bright orange pleather upholstery while hand-printed wallpaper bears the kind of modernist patterns one finds in the most recently, lavishly and tastefully renovated of English country manors. That said, a local flavour prevails – most of the aesthetic accents were conceived by local designers, and the Brahms Mount throws on the womb-like beds are hand woven in Maine on antique looms.

Of all the 20 guest rooms, we recommend the King Suite – a sun-drenched, two-room space on the top floor of the Main House overlooking the eponymous park, with elegant French doors dividing two sleeping areas: expect the finest cotton linens, a grand fireplace and a marble bathroom with a rain shower. 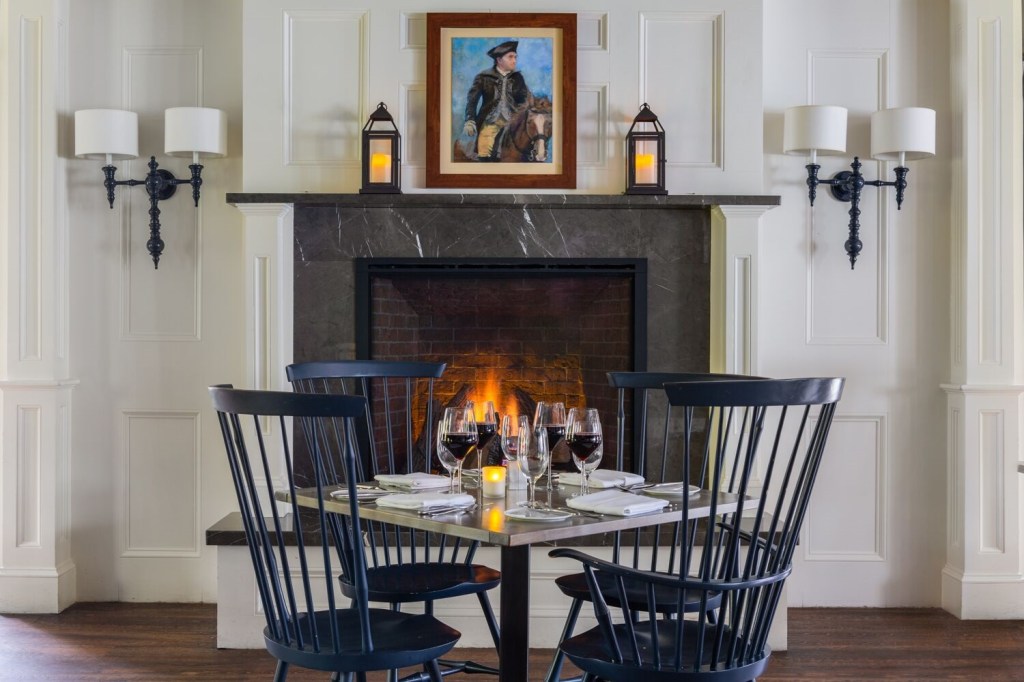 If you can draw yourself away, once you’ve packed in some calories in the form of the delectable triple-stacked vanilla pancakes and pure maple syrup on offer here, the hotel will lend you a bike to do the Minuteman Bikeway, an 11-mile trail that weaves throughout the neighbouring towns. Those with a yen for transcendentalism will instead cycle the six miles to Walden Pond, where Henry David Thoreau spent two years of solitude and self-reliance before publishing his experiences in Walden in 1854.

Just under 100 miles to the south – break the journey in half at the Rhode Island School of Design Museum in the state capital Providence, if the works of American artists such as Paul Revere, Andy Warhol and Kara Walker are of interest – on some cliffs that sit near the tip of a tongue of land jutting into the Atlantic towards Long Island to the south-west you’ll find what was, in the early 1900s, a summer home for wealthy New Yorkers: Ocean House. 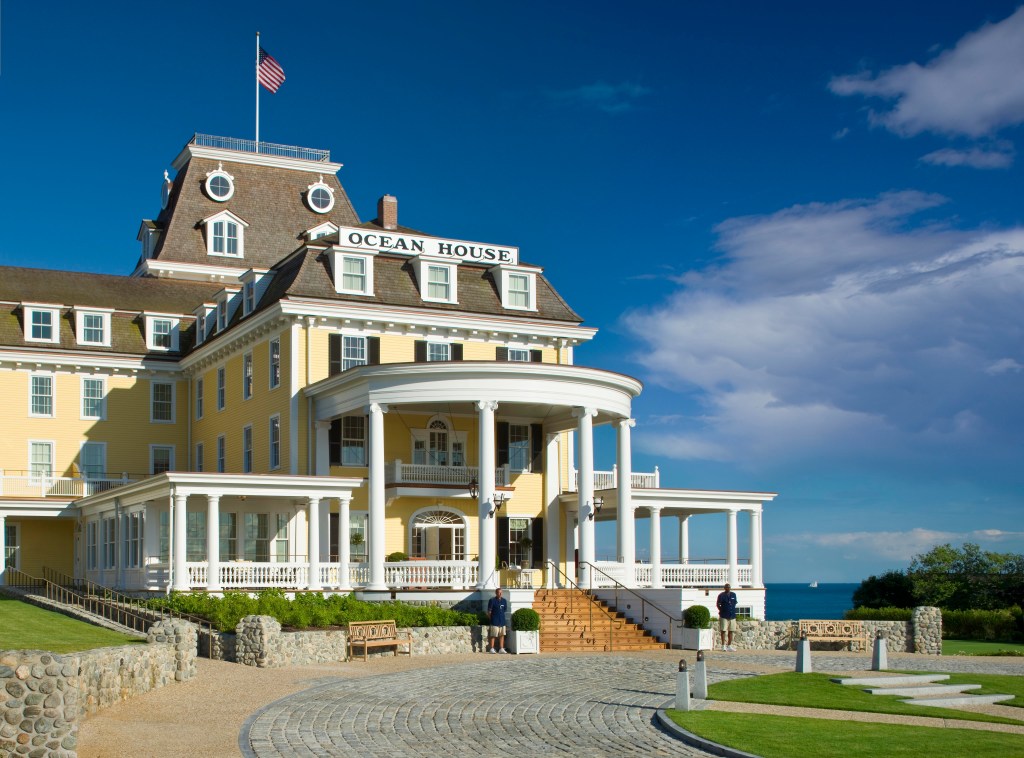 From many of this butter-coloured, 150-or-so-feet tall Victorian building’s grand terraces, wraparound porches and 247 windows, you can see Montauk, Block Island and the Atlantic, and in places take in three states in a single vista – Rhode Island, Connecticut and New York (nearby Fishers Island, despite being closer to the Connecticut coast than Long Island, is considered part of The Empire State).

Deemed too decrepit to be restored by Charles M. Royce, a long-time summer resident who purchased the property in 2003, Ocean House underwent what was effectively a rebuild – one with painstaking attention paid to preserving what had stood before. The original design was adhered to, right down to window placements and interior hues, and around 5,000 artefacts salvaged from the original building – the main lobby fireplace made of beach stones, the oak elevator cab, mahogany balustrades, Victorian light fixtures, an exterior balcony ensemble with a Palladian window which presides above the front door can be found gracing a 152,000-square-foot space which many regular visitors deem to be more splendid than the original. 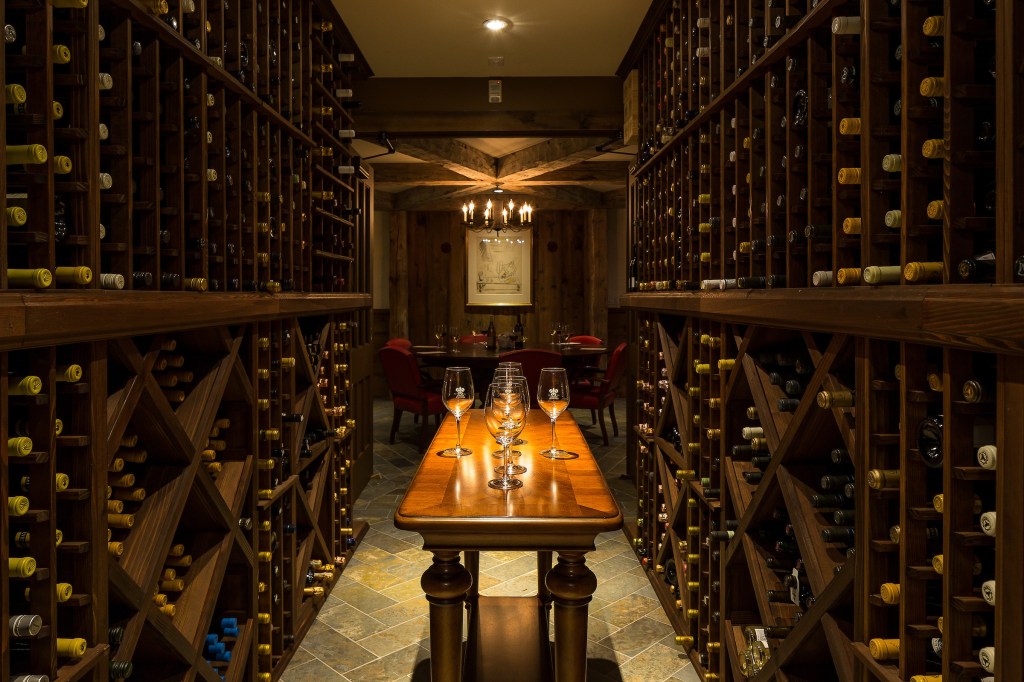 Lounging around the chairs and cabanas scattered on and near the white-sand beach sipping sparkling rosé appears to be the activity du jour during Robb Report UK’s visit, but there’s also a putting green, squash courts, an indoor saltwater pool and a screening room, plus activities including yoga and croquet lessons on the vast, baize-like lawn from eminently likeable US professional Steven Morgan.

The hotel also boasts a Center For Wine and Culinary Arts: classes, which take place in a 3,000-square-foot space modelled on an 18th Century barn, include Oyster and Clams; Tasting and How-Tos, New England Clam Chowder and – here’s one to beef up your dinner-table banter arsenal – Old vs. New World Wines.

You might also choose to borrow one of a four-car fleet of Mercedes-Benz cars and drive around the Edward Hopper-esque streets that surround a neighbourhood that isn’t short of a few regular celebrity second-homers, or if the ocean looks too inviting to resist altogether (but taking one of the free-for-all kayaks or paddleboards out for a ride doesn’t appeal), Barton & Gray is a local mariners club which offers fantastic boat charters – chilled wine and jovial insights from the captain included – all around the peninsula. 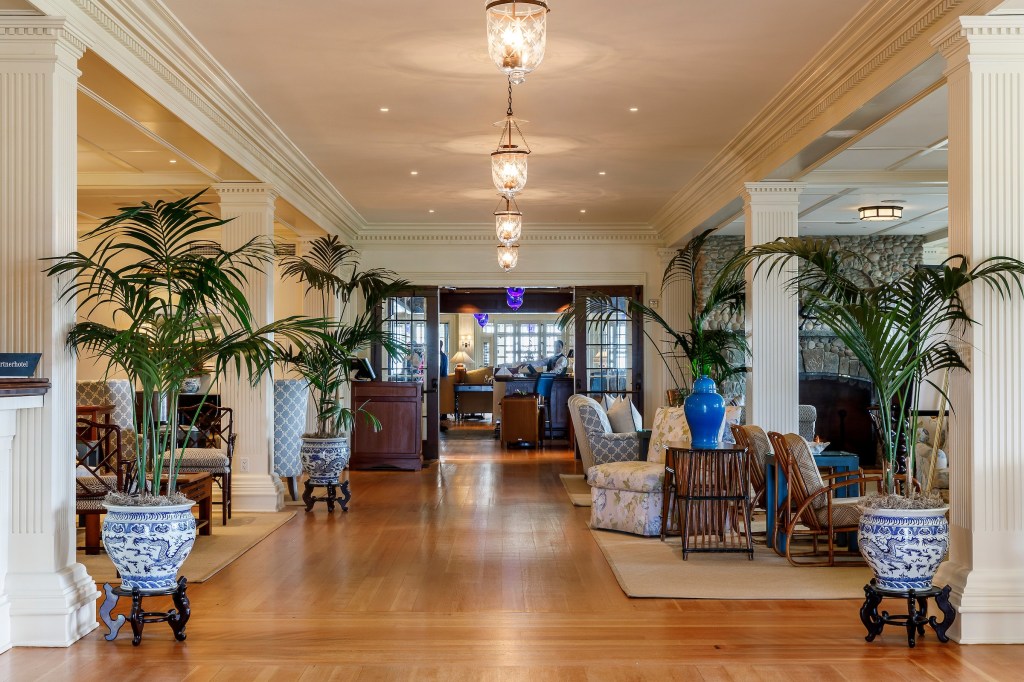 Book well in advance – at least six months – and you may be able to secure the choice pick of Ocean House’s 49 rooms, 18 suites and seven cottages: Tower Suite, a four-level, spiral stair-cased space, emblazoned in nautical blues and soothing creams, which is surely contender for Best Hotel Suite on the Eastern Seaboard. At its summit is the Crow’s Nest, a kind of snug overlooking the living area, complete with daybed and bath. A ladder goes even further to a widow’s walk at the building’s highest point.

Tomorrow: from nautical Nantucket to the bustling Big Apple