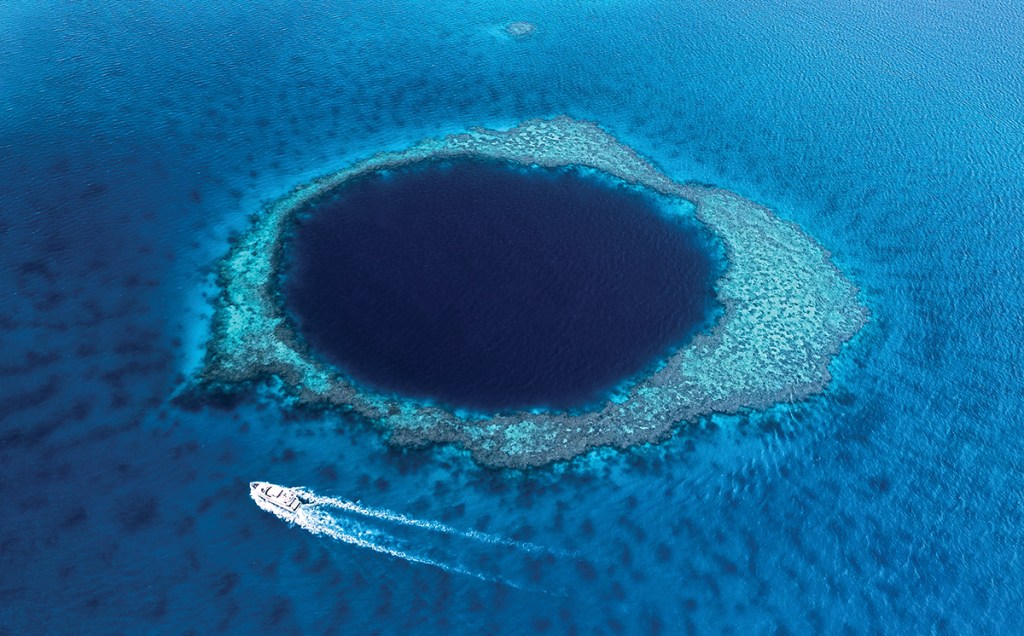 Andy Ridley, the man behind Earth Hour, is passionately rebuking the general attitude that has come to frame conversation about Australia’s Great Barrier Reef — that is, acceptance of its death.

It was in 2016 that respected American magazine Outside read our famed reef its last rights.

‘The Great Barrier Reef of Australia passed away after a long illness,’ chimed the lead by journalist Rowan Jacobson. ‘It was 25 million years old.’

It’s a piece that sticks with Ridley because of its strong global penetration. Sure, that the World Heritage Site is ailing cannot be denied, though Ridley knows the full story remains to be written — and he’s committed to altering the narrative, via a census, one led by the general public.

It was last month that Ridley and the organisation he helms as CEO, Citizens Of The Great Barrier Reef, commenced its pioneering Great Reef Census (developed in partnership with, among others, the University of Queensland, the Great Barrier Reef Marine Park Authority and the Australian Institute of Marine Science).

As he did with Earth Hour, it sees Ridley calling on people to engage and to assist — in this instance, to inform what will be the largest ever ‘mapping’ of the 1,400-mile reef and its current state, aiming to educate and ultimately deliver insights that lead to its conservation.

“We’ve been working on this for about four years now,” offers Ridley, a bearded Brit of round face and kind voice. “And it is a bit crazy, I guess.”

Simplified, the 12-week census is driven by people — tourists and locals, sailors and boat operators — taking photographs of the reef and uploading their findings. Then, anyone from anywhere in the world can log in and assist in the identification and condition of the coral they see in the collected imagery.

“Citizen scientists” is how Ridley refers to them — the census proving a massive data play aimed at providing scientists with an unprecedented and large scale snapshot of what’s occurring across the Barrier Reef, covering 150 differing reefs from Lady Elliott Island in the south through to the northern Queensland tip.

“There’s been very focused surveys on bits of reef to now — but with climate change you need more scale than ever before. Boats usually cost a lot of money and so we’ve done it in a way that we’re using every available asset, from super yachts to dive boats and more … It’s a shared economy model really, about being able to do stuff on scale and which doesn’t mean we have to raise a billion dollars.”

Ridley’s success with Earth Hour — launched in Sydney in 2007, the ‘turn your lights off for an hour on a determined day’ has since spread to 188 countries — knows about moving the masses via a sense of empowerment.

“We know from the Earth Hour model that you can mobilise hundreds of millions of people. The challenge there was taking it beyond the hour — and it did, eventually, start to have ‘beyond the hour’ projects that resulted in some massive conservation wins. Here, [the census] has been designed the other way around, because we know what we’re trying to build — a 21st century conservation model — and we know the data that’s required by the scientists and we know that we need lots of scale and lots of people.”

Back to that obituary.

“Once you say it’s already gone then you’ve demotivated half the planet. And, yes, most of the world thinks it’s dead. But it isn’t.”

Ridley knows this because he’s seen it. Where the reef has been hammered by bleaching on the back of stretched cyclone seasons and continually rising sea temperatures (as well as the presence of Crown-of-thorns starfish), there remain pockets of vitality and life.

As part of testing the survey methodology, Ridley last year took off to a remote blue hole some 14 hours off the coast. He was joined by Daydream Island marine biologist Johnny Gaskell and Citizens Of The Great Barrier Reef ambassador, homegrown international model Jarrod Scott.

“So we were about 230 kilometres off The Whitsundays, a long way out, in an area that’s not often explored,” recalls Gaskell. “We were at a blue hole and then we also explored around that reef a little further and found two sites that were just incredible — 90-95% coral cover over a large area. “To see these unknown reefs in such good condition it makes me wonder where else these havens are, where these idyllic areas for coral growth actually exist?”

He labels the census an important platform: “The Reef Census and all of those methods of survey working together will give an overview of where coral is and has survived for a long time and where the priority reefs are, in the hope that we can focus on those areas to protect them.”

Like Ridley, Gaskell says is imperative people understand the truth regarding the reef’s condition.

“You can’t say the reef’s fine but you can’t say it’s dead —  it’s under pressure in many different ways and it’s also resilient in other ways. The thing about coral is it can adapt and evolve. But it can’t adapt at the rapidly changing rates of ocean temperatures.”

It was an interest in coral that landed Scott in this mix. The model, who’s walked and fronted campaigns for Tom Ford, Armani, Givenchy and Jean Paul Gaultier, first became fascinated by it in New York, growing it in well-attended fish tanks.

Returning to Australia he became saddened by the plight of the Reef and connected with Citizens. He’s visited the Great Barrier Reef on at least ten occasions.

“Last year, diving into this place that no one has before — that’s so exciting. And then to swim through these really thin channels and see these strange coral formations was amazing. And that’s why this survey is so important — to get people out in the water and surveying parts of the reef that haven’t been done before and collecting all this new data. I mean it’s a long process and will be over years, but the more people are involved the better, the more we collect information and the more we learn, the better.”

Ridley believes COVID has offered some positivity in regards to what can be achieved when people are forced to change or work collectively to achieve an outcome.

“When we went out to the blue hole, I was blown away by how it looked and came back and was like, ‘why are we not dealing with this stuff, why are we not conserving it?’ And what’s happened this year has shown us that it’s possible for humanity to change very quickly if it’s willing to. Also, the idea of nature has suddenly become much greater again and I think that’s an important thing — because right now, we still have a Great Barrier Reef, it’s one of the greatest places on the planet and it’s down to us in the end. It deserves our attention to save it, because it’s not dead.”