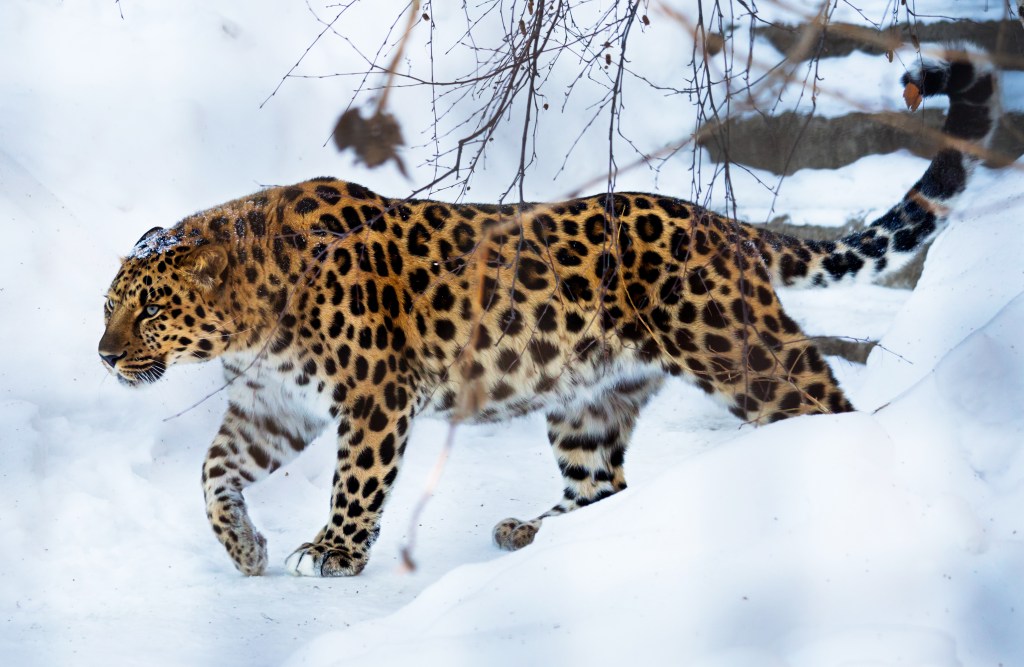 Few people have heard of the Amur leopard – and far, far fewer have ever seen one. The rarest of the big cats – critically endangered, in fact, with only around 90 individuals remaining – it inhabits a narrow strip of land hemmed in by Russia, North Korea and China. So the latest sightseeing expedition organised by Voygr Expeditions, which will take in both the Amur Leopard and Siberian Tigers, is a bona fide once-in-a-lifetime adventure.

Three years in the planning – time spent researching partnerships, finding locals who put conservation before commerce and investing in technology to bring comfort to an otherwise brutal quest in Russian mid-winter –  the trip will militate against the superficiality of conventional sightseeing trips, ensuring that guests have meaningful exchanges with locals through private meals, traditional sports, Buzkashi, cooking sessions and specialised guides. Truly off the grid in this remote part of Far-Eastern Russia, the trip may involve encounters with villagers who have never interacted with Westerners before.

And, like all the best organised and most rarefied wildlife-based excursions, this is as much about conservation as it is commerce: Voygr – whose expeditions are all carbon negative – commits 20 per cent of its annual profits to the High Asia Habitat Fund, whose mission is to protect High Asia’s critical ecosystems, to give back to communities who depend on the ecosystem and to empower communities through livelihood programs and skills training.

The Amur leopard being critically endangered, 100 per cent of the profits from their Amur leopard expeditions will go into conservation. The team’s goal here is to restrict commercial operations to a limited number of trips to the creature’s habitat annually. They work with the very best trackers and rangers, who have decades of experience conserving the Amur leopard and expanding its habitat.

Check out more photos of what you can expect from this trip-of-a-lifetime below.