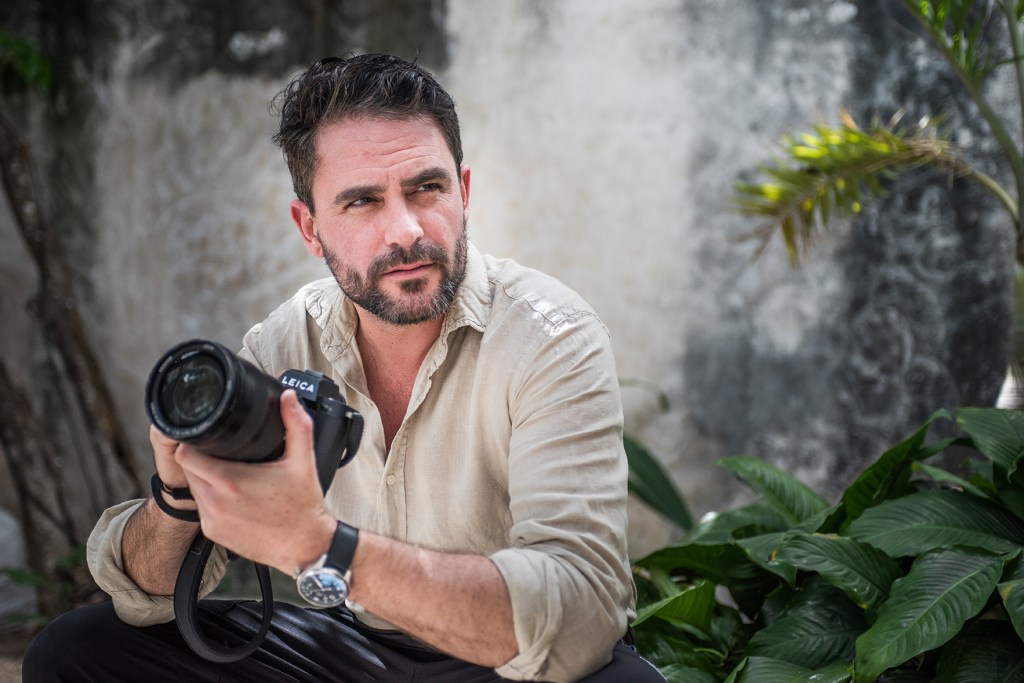 Is it ever difficult to capture, via a lens, the sheer humanity of concepts like resilience, resourcefulness, conflict, community and so on?
I see photography as just a part of a wider method of storytelling. I try to make it natural and never ‘overproduce’, much like with my film-making. It’s a mixture of portraiture, reportage and landscape photography, where the subject speaks for themselves against their organic backdrop, often in some of the most isolated, dangerous and beautiful parts of the world, so it’s hard not to come away with good images sometimes.

That said, it can be challenging at times wearing so many caps, so to speak. Filming, taking photographs and keeping notes, all the time trying to cherish the moment and immerse oneself in it, can at times be overwhelming. Sometimes it’s important to just put the cameras down and remind myself how lucky I am simply to be there. Having a camera brings out the worst and best in people – some people like to show off, others simply see an opportunity to tell their own story. 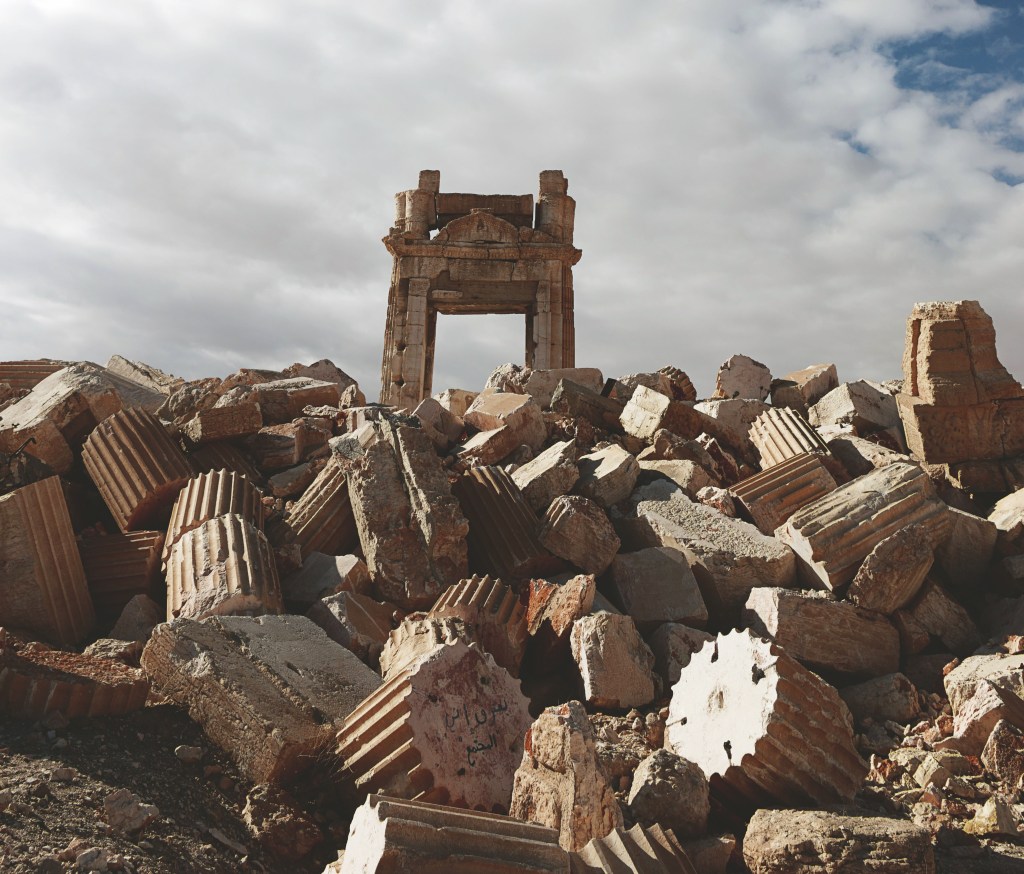 The Temple of Baal Palmyra in Syria, after its destruction by Isis, captured by Wood during his journey across the Middle East on foot

Do the experiences described in Encounters make you feel that we’ve lost something – something to recapture – in the modern world?
What I’ve found is that everything in in flux always, there is no such thing as the modern world really. Just various stages of development and evolution. Even in some of the most raw and unsophisticated places that I’ve been too, where tribesmen wear next to nothing and carry spears,  they’ll all still have mobile phones, and I’m in contact with many illiterate shepherds on Facebook.

But yes, I do think that what we have sometimes forgotten, in the developed world, is the importance of community, of embracing nature and remembering how unimportant we really are. Technology is not the answer for everything, despite what Silicon Valley may have you think. 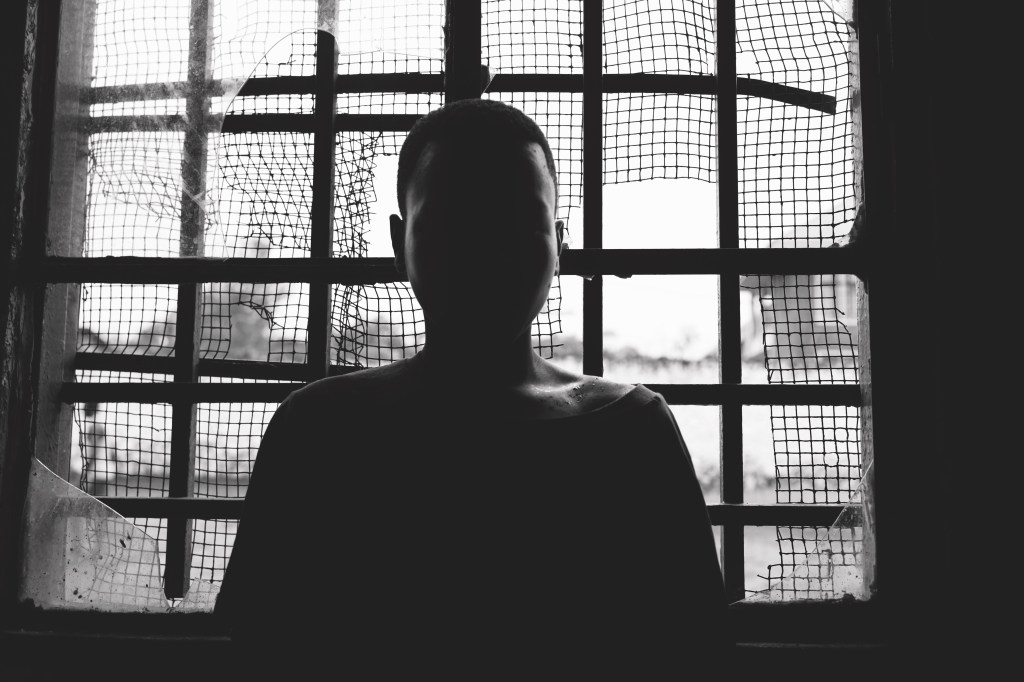 A child soldier, encountered by Wood in the Democratic Republic of the Congo

How have the experiences outlined in the book changed you?
I called this book Encounters because that’s exactly what my travels have been – a series of joined up, serendipitous moments of connection with strangers, some of whom have become friends. That’s when the best memories are created. And I’ve learned something from every single one of those people, because ultimately we’re all just the sum total of our own encounters. My travels have given me joy and terror, but more than anything they’ve given me compassion and an understanding of humanity for which I’m very grateful.

Luxury, it is commonly believed, is increasingly about rarefied experiences as well as material goods –  what’s your personal definition of a luxurious life?
A luxurious life is simply about spending time doing what we love. And only the individual can define that: whether it’s fast cars, beautiful watches, scuba diving or yoga, it doesn’t matter as long as you invest what little time you have doing what you truly care about rather than following someone else’s path or dream. 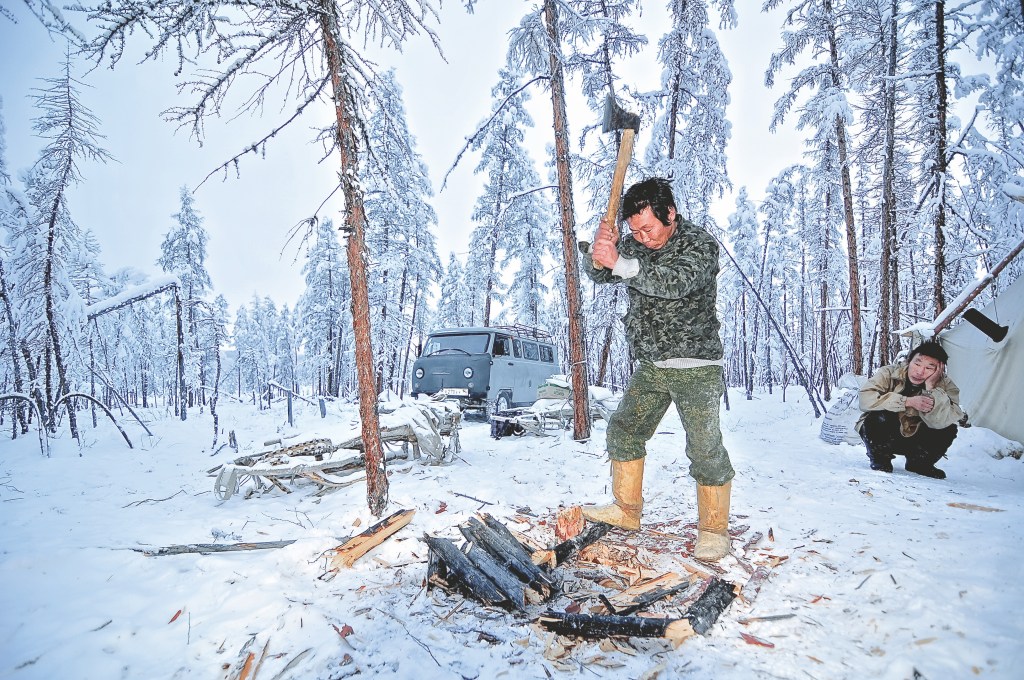 How does the IWC Big Pilot’s specific attributes make it perfect for your adventurous endeavours?
My Big Pilot has accompanied me around the world in every environment, from the Himalayas to the Sahara, and its robustness, simplicity and grace have brought me a lot of joy. I love the way that IWC combines style and resourcefulness.  They are practical, hardwearing watches with a long and sturdy legacy. 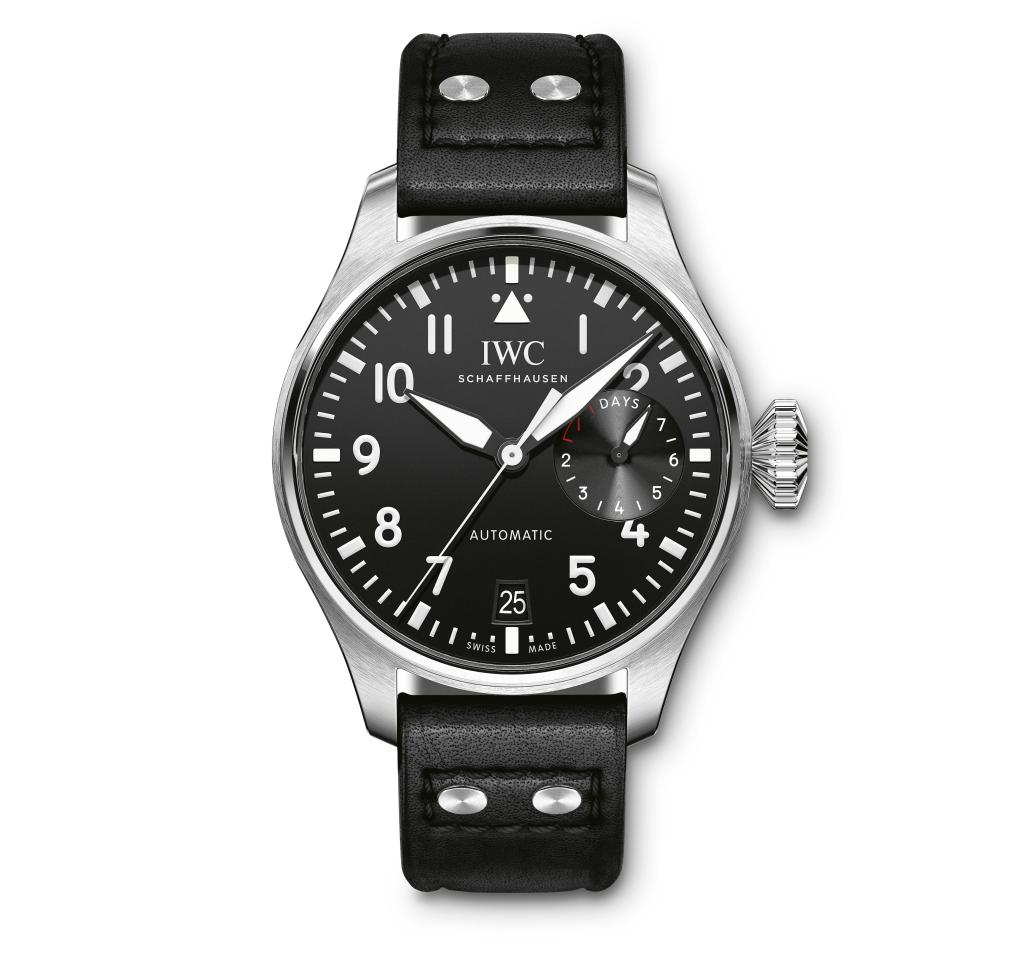 Is there a particular life experience or moment that has stayed with you more than any other?
There are too many to mention, of course, but flying off a mountain cliff in a taxi [whilst filming in Nepal], when I thought that was the end, will definitely stay with me as a reminder of how fragile life can be. I was very lucky to survive and now feel immensely grateful to be alive and still able to travel the world

Who – dead or alive – is your greatest inspiration and why?
I take my inspiration from all around, but if I had to choose one it would be Sir Richard Burton, the Victorian Explorer, soldier, spy and prolific linguist, poet and author. He spoke 27 languages and translated the Kama Sutra.

Encounters (£30) by Levison Wood, published by Ilex Press, is available from Amazon or Waterstones