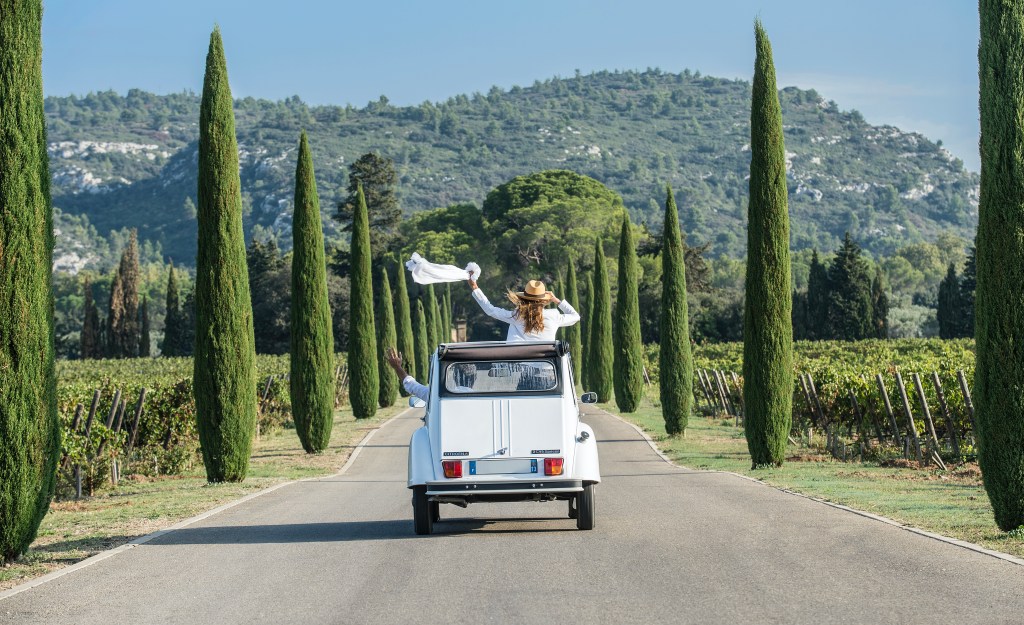 The best thing to come out of the lockdowns was it prompting me to treat myself to a convertible. A new car, I posited, would offer some semblance of freedom, and one whose roof was optional might make sojourns in the home counties seem marginally more exotic. And with working from home still rife, there’s nothing like having been housebound all week to make one want to leave London in a shiny new cabriolet at weekends.

So off we’d go, wind in our hair, drizzle on our faces, to Goodwood, Osea Island or The Minack Theatre, ticking off the British road trips that might never have been experienced had it not been for an ever-shrinking travel corridor. Sadly the roof would usually come back on – often to a chorus of angry horns – around about the first set of traffic lights. Weather permitting, it would come off again with a mile or two to go, but this wasn’t the glamorous, freewheeling summer behind the wheel I’d had in mind. We’d be better off taking the vehicle to its natural habitat: the South of France.

As it happens, luxury hotel group Airelles had recently unveiled a new all-inclusive road-trip package between three of its properties in Provence. Airelles is a name that skiers may know – the French hotel brand boasts spectacular properties in Courchevel and Val d’Isére – but it’s only in the last couple of years that it has ventured south to sunnier climes. Indeed, Airelles has been in no rush to augment its portfolio of erstwhile palaces and châteaus, instead holding out for the right kind of historic properties.

Château d’Estoublon, the first official stop, is exactly that kind. After 700 miles of dusty French countryside, we’re starting to wonder if maybe we should have just flown into Avignon and started there, but upon pulling into the pine-strewn driveway of this 15th-century masterpiece, flanked by olive groves and vineyards – the only estate in Les Alpilles that can boast both – it’s agreed that it was absolutely worth the lengthy drive and endless tolls.

In 2018, Airelles bought Château d’Estoublon from Valérie Reboul-Schneider, daughter of Ernest Scheider, former CEO of Breitling Watches, only a few years after she and her husband Rémy Reboul had finished transforming it from something close to a ruin. Today it’s billed as less of a hotel, more of a 10-suite home, and it certainly feels that way when you’re the only guests there.

Yes, from time to time it’s possible to find yourself with the place to yourself. Or so Fred, the château’s butler, tells us while showing us the best of the estate’s 200 hectares. He spent much of his career heading up superyacht crews, and runs this place in a similar fashion. There are no menus and very few formalities – just Fred’s spooky sense of exactly what, where and when you might like to eat or drink. In our case, that was usually the ceviche, the Roseblood d’Estoublon (the estate’s exquisite flagship rosé), by the pool, whenever Fred accurately sensed that we fancied it.

Funnily enough, there is something strangely Cluedo-esque about the property – in a good way: think magnificent, high-ceilinged drawing rooms, vast, languorous lobbies, and a suspicious number of conspiratorial alcoves. Hence, the château’s tireless wedding schedule. It also makes for the perfect place to unwind after a potentially arduous first leg. Because as beautiful as the surrounding area is – pastoral Provence in all its bucolic blissfulness, sunny, dry, and happening at an escargot’s pace – there isn’t a great deal see or do, so just hanging out, eating and wandering the grounds can be done more or less guilt free.

Which means, after a couple of days, guests can be ready for the next leg – an hour’s drive through Alpille National Park to the “Plus Beaux” village, as the guide books invariably describe it, of Gordes. It’s a hot, steady climb through serious wine country, punctuated by pungent lavender fields, the views getting increasingly dramatic as you approach the village’s medieval perimeter.

Airelles Gordes, La Bastide, our second stop, almost appears to be carved out of the cliffs atop the Monts of Vaucluse. It is a stately home which saw a steady stream of counts and duchesses pass through during the 18th century. Indeed, the château still boasts many of the riches of that time, with over 2,000 paintings, commodes and vases acquired by some of the region’s more adroit antiques dealers.

A couple of floors down, the state-of-the-art Sisley Spa continues to honour the heritage of the hotel and its setting with vaulted walkways carved out of the cliff, designed to recreate the atmosphere of the nearby Sénanque Abbey (built in the 12th century by Cistercian monks). The spa spills onto a delightful terrace replete with hanging gardens, which are possibly the most breathtaking spot in the hotel, especially if you indulge in a signature massage by the pool there.

Except, that title actually belongs to the balcony table at La Citadelle restaurant. This is not only the best table in the hotel, but the whole of the town. In fact, I’d argue it might be one of the best tables in the whole of Provence. It certainly provides one of those rare “king of the castle” moments, with spectacular views down the Luberon valley, and plenty of envious looks from your fellow diners.

As the sun sets and you finish off an aperitif, the sky turns from crimson to an inky black, filled with vivid stars. Gordes has become something of a hotspot for astronomers, so expect to see one or two of the hotel’s guests erecting telescopes around the grounds. Naturally, La Citadelle fills up quite quickly, but the hotel’s other restaurants – L’Orangerie and Le TIGrr – both serve similarly delicious cuisine. Le Bastide de Pierres Market, a jolly little restaurant on the market square, also belongs to the hotel, and offers front row seats for an evening’s performances in front of the castle

On Tuesdays, thousands turn up for Gordes Market – one of the most popular in Provence – where hundreds of colourful stalls sell beautiful fabrics, linens, soaps, lavender and clothing. Of course, it would hardly be France if you couldn’t also find some sensational saucisson, cheese and wine, so pack up a picnic and prepare for the next leg.

Like all good journeys, this one concludes by the water, in St Tropez no less, and the 200km drive there is one of the trip’s highlights. Sweeping canyons, winding mountains passes, thick forest, and – as you coast down from the Massif Des Maures – panoramic sea views will make this something of a stop-start journey (especially if your other half has a propensity for seeing every bend as another photo opportunity).

On a hilltop overlooking the timeless Bay of Pampelonne, Château de la Messardiere is a statement of intent from Airelles, having recently undergone a transformative three-year renovation. Built in the 19th century, and donated to the officer Henry Brisson de la Messardière and his wife (the artist Louise Dupuy D’Angeac) on their wedding day, the estate became a hotel in 1904, quickly establishing itself as the place to stay for travelling aristocrats throughout the Roaring 1920s. The renovation has revived that glamour and then some – they certainly weren’t chauffeuring guests to the hotel’s private beach, Jardin Tropezina, in Rolls- Royce Cullinans three years ago.

French architect and interior designer Christophe Tollemer is behind the transformation, principally removing 33 of the existing bedrooms in favour of larger rooms and suites, each with their own private terrace (look no further than the uber-chic Prestige Suite though). He’s done a similar number on the Palace of Versailles, Airelles’ latest and arguably most impressive opening. Indeed, it will be a welcome addition to this trip. Elsewhere, he has introduced a state-of-the-art 1,000 sqm Valmont spa, complete with seven treatment rooms, cryotherapy chamber, hammam, sauna, indoor swimming pool and fitness centre.

It’s here in St Tropez that you can really unwind. After a week on the road you’ve more than earned an extended stay on the Riviera, so make yourself at home. Slip into something a little more elegant and head down to Matsuhisa Saint-Tropez, the hotel’s flagship restaurant, a partnership with world-renowned chef Nobu Matsuhisa. Find a table on the terrace with views of the Mediterranean, order the salmon sashimi tacos, and have a good think about how to get the car home. Repatriation is a no brainer.

Château d’Estoublon is available for private-hire for around £16,725 per week; nightly rates at La Bastide du Gordes start from around £500; nightly rates at Château de la Messardière start £960 in a Classic Room