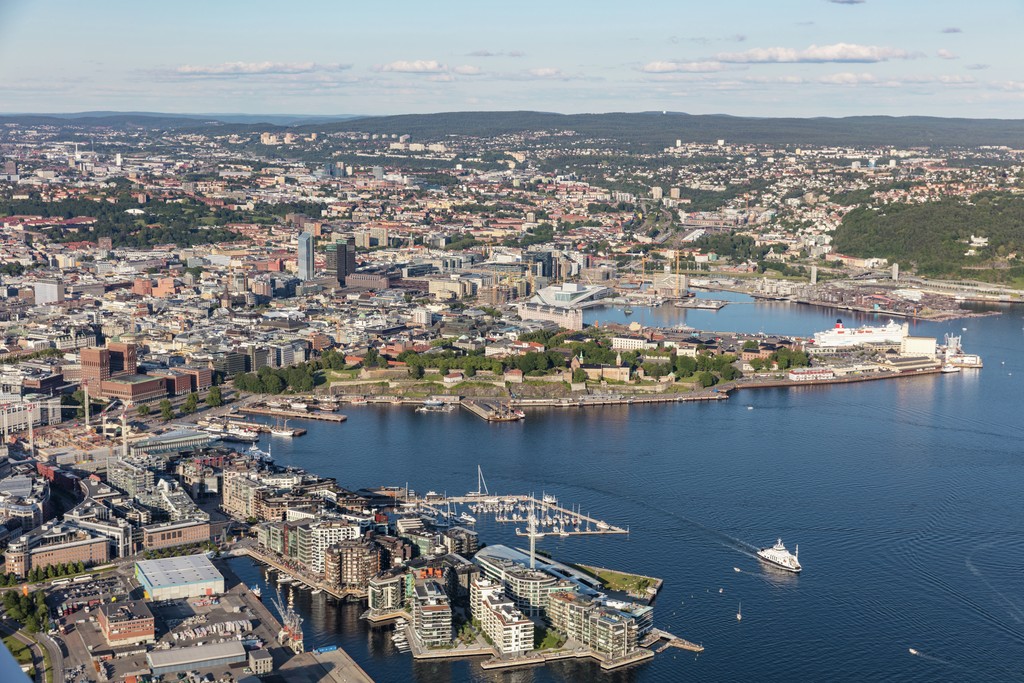 While its Scandinavian siblings, Sweden and Denmark, have grabbed the lion’s share of attention over the years, Norway has very quietly glided under the radar, only recently coming into its own as a tourist hotspot. So much so, it was reported that in 2019, commercial overnight stays hit a record high of 35.2 million and, according to Innovation Norway, tourism accounted for 4.3 percent of the country’s GDP, with travellers estimated to have spent a tremendous 176.6 billion Kroner, or around £15 billion. In short, the industry has been booming, increasing at the same pace as the rest of the Norwegian economy.

Since then, the coronavirus pandemic has upended the entire world. A big bite has been taken out of the travel and tourism sector, with the World Travel & Tourism Council – the trade group representing major global travel companies – projecting a global loss of 100 million jobs. Things are no different in Norway, where the industry has been dealt a vicious blow. “Of course, the travel and tourism industry has been hit very hard by the pandemic,” says Jarle Moen, managing director at Sommerro, a luxury hotel from the Nordic Hotels & Resorts group, due to open in Oslo in 2022. “I believe human beings like to travel. In the future, Norway will continue to attract visitors from around the world, but until then, we hope to encourage Norwegians to take their summer holidays in their own country.” 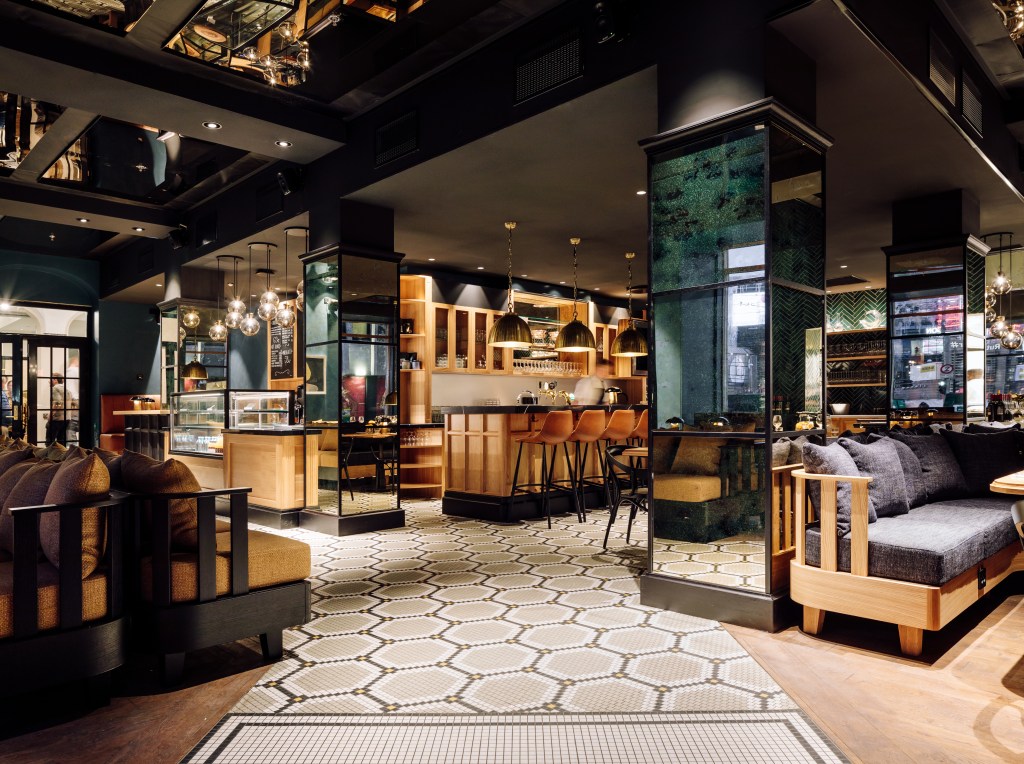 With a 20-year career in Norway’s hospitality business for brands such as Scandic, Radisson and Nordic Choice Hotels – where he most recently spent six years at the helm of luxury Oslo property, The Thief – Moen is something of a hospitality doyen, never missing a chance to champion Norway. “In recent years, there has been a huge increase in international tourists with almost 70 per cent of the guests at The Thief from outside of Norway,” he says. “And while the Norwegian government has recently announced that we will open our doors to certain European countries, we still need to encourage the domestic market to fill hotel beds, restaurant tables and museums.”

Christian Lunde, the managing director of VisitOSLO, agrees. “It’s difficult to predict the future, as things can change rapidly, but what we can say for sure, is that we are doing what we can to inspire potential domestic visitors to choose Oslo as their holiday destination this summer.”

Referring to rich cultural experiences and architectural masterpieces – including the iconic Opera House and the Munch and Astrup Fearnley Museums – as well as a thriving culinary scene, spanning international street food and Michelin-star restaurants, Lunde says: “Why go to London or New York when we have Oslo? Oslo has it all!” 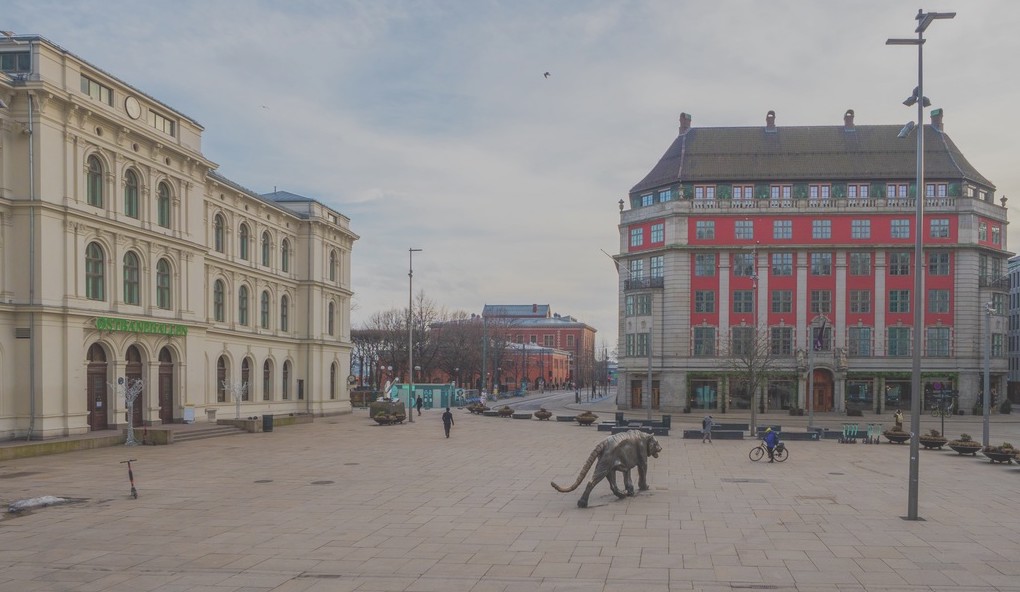 A square near Oslo Central Station

Moen is equally as enthusiastic: “Last year, National Geographic Traveler named Oslo as one of the coolest destinations in the world, while in 2018, Lonely Planet listed Oslo as one of the top 10 global cities to visit. One of the best things about our capital is that it’s constantly evolving. Sure, you may have walked on the roof of the Opera House, but have you been inside the new Deichmann Library? Oslo is not just a city to visit. It’s a city to return to.”

Elsewhere, with 59 per cent of the population said to be planning a local holiday, Moen says he is also looking forward to experiencing the rest of Norway again. “After decades of trips to exotic palm-fringed beaches, I’m eager to embrace all the wonderful things created by tourism heroes right here at home.”

Of the country’s unspoiled nature, dramatic mountainous landscape fractured by long, deep fjords and clean fresh air, Moen says, “We have something for everyone. Why not plan a road trip, stopping at destinations like Tverrfjellhytta, the Wild Reindeer Pavilion overlooking the spectacular Snøhetta mountain, while stopping at restaurants like  RE-NAA, which just received its second Michelin star? We have a lot to experience.” 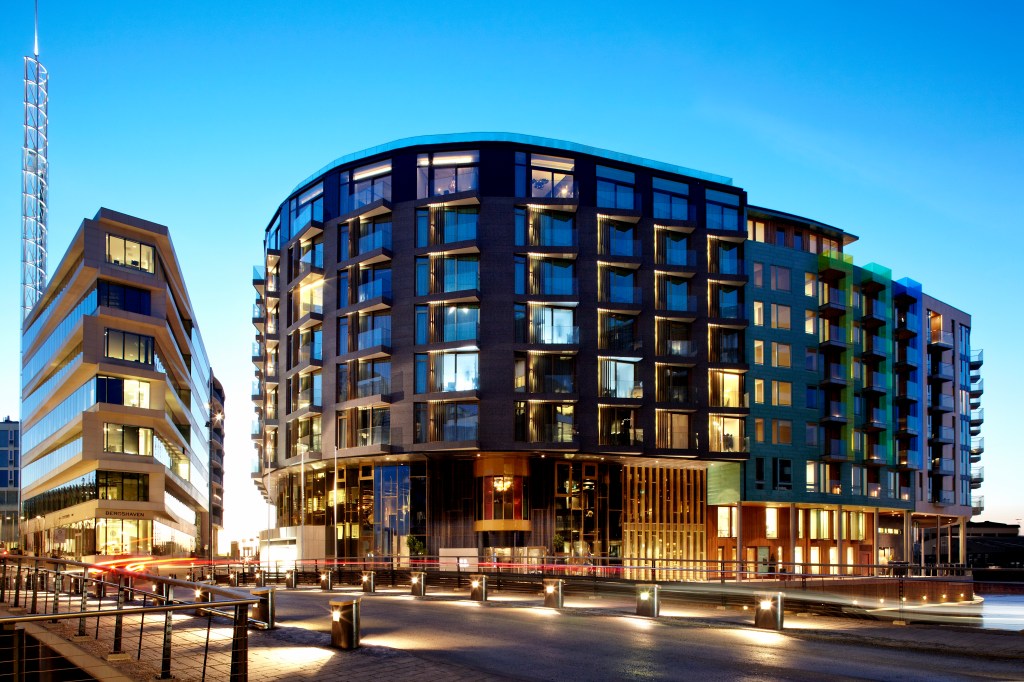 Boutique hospitality at The Thief, Oslo

For Bente Bratland Holm, Director of Visit Norway, the next most important step in getting the travel and tourism industry on its feet is for Norway’s borders to re-open. “The number of visitors to visitnorway.com are rising and engagement on our social media channels is picking up fast,” she says. “The way we travel will change. Those who succeed and who will play the leading role in tomorrow’s tourism industry, are those who adjust to the new reality and listen carefully to the tourists’ demands.”

Indeed, adjusting to the new reality is, no doubt, a big challenge. From remote check in to cashless transactions and increased cleaning routines, hotels worldwide are keen to restore confidence and reassure guests that they are following strict safety and hygiene guidelines. “Guest and staff safety is of the utmost importance,” says Moen. “To ensure this, it is imperative that we follow government guidelines, but also pay attention to what our guests want and what would make them feel most comfortable. It’s about going back to basics, making sure we are visible and accessible so that our guests can see that we are taking this very seriously- it’s all about them.”

Like all the major hotel brands, the Nordic Choice group – one of the largest hotel companies in Scandinavia –  has also released a statement that outlines the measures they are taking. At resorts like Son Spa and Farris Bad, swimming pools are now accessed by appointment in hourly slots, the spa changing rooms are closed, and the gym equipment is sanitised between each use. 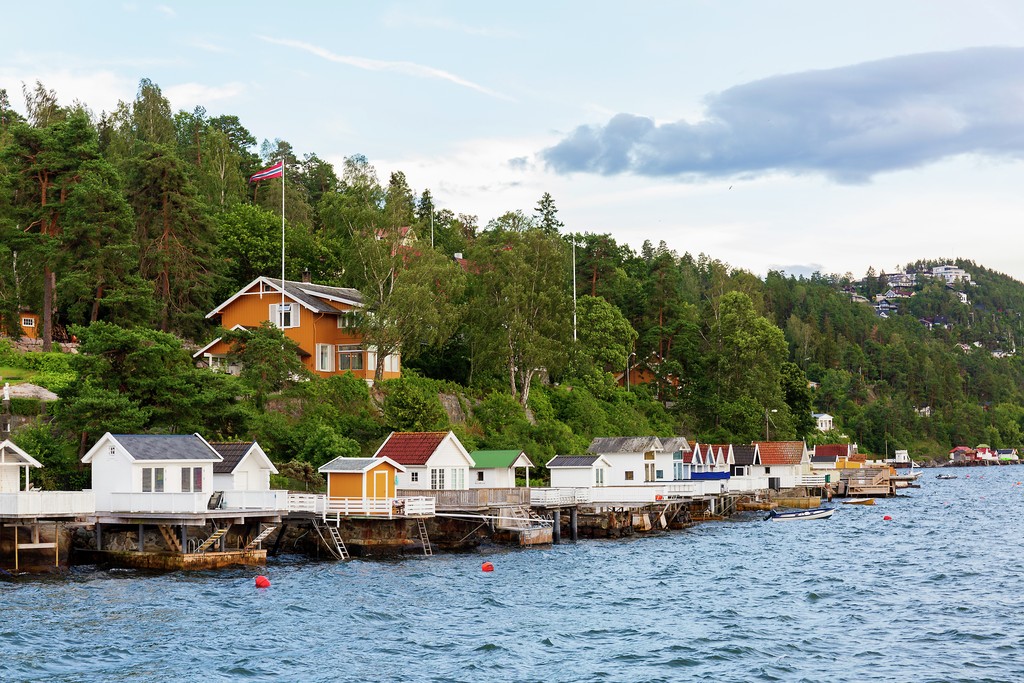 Dwellings next to one of Oslo’s ten rivers. Photo by Didrick Stenersen

Meanwhile, at the group’s city-based properties like Amerikalinjen and The Thief in Oslo, turndown service is currently suspended, restaurants and bars are either closed or have restricted opening times, and – the hotel favourite – the buffet breakfast is not in operation, with table service reserved for guests only. With less staff now on hand, the remaining employees have had to adapt, with General Managers assisting with check in and Food And Beverage Managers serving food in the restaurants.

“The cost of hiring staff in Norway is expensive,” explains Moen. “The pandemic has hit the travel and tourism industry hard, with a high amount of job losses. This has meant the remaining staff has had to adapt and support in areas they would not usually be involved in. That said, the Norwegian attitude is productive, organised and efficient, so we’re used to working in this way.” 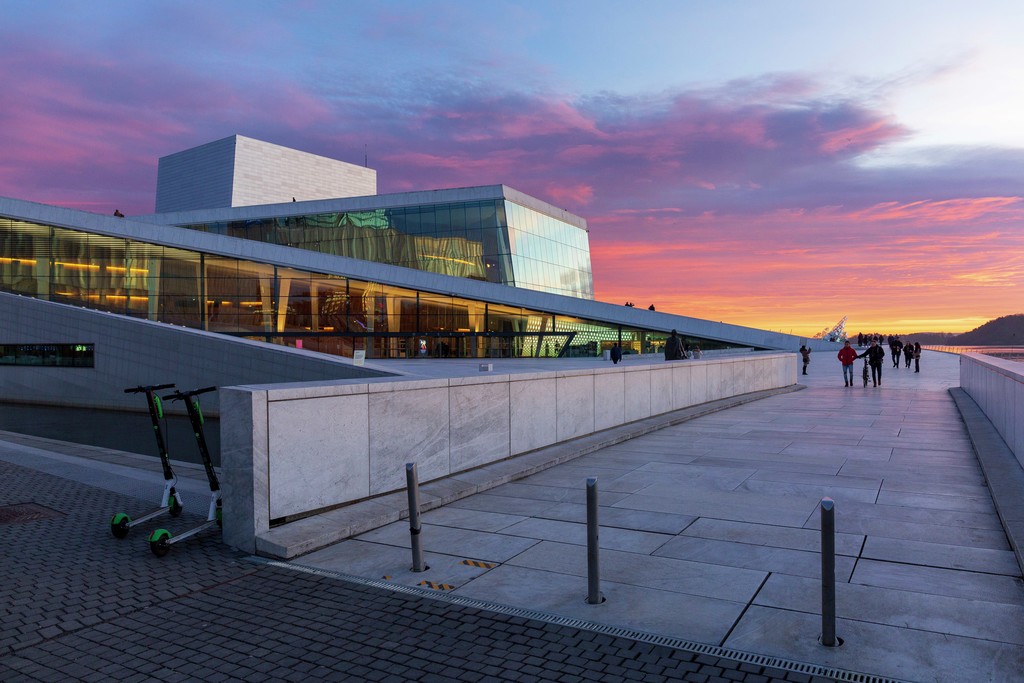 Of course, these adjustments are only part of the challenge looming for hotel owners and operators, with Moen pointing out the huge financial impact too. “It is not just about the low occupancy rates,” he says. “There are other factors too, like the restricted restaurant and bar opening times and guest numbers, the cost of shutting down the breakfast buffet and only serving to in-house guests, and hotels like The Hub – reliant on meetings, incentives, conferences and events (MICE) – are facing deep revenue shortfalls. It is likely that conferences and events will be the last to return.”

Certainly, this might be the worst year in recorded history for the travel, tourism and hospitality industry but, as Moen says, “those who work in the business are bonded by a shared passion for serving others, creating exceptional experiences and long-lasting memories. I’m a positive person. Things will pick up and we will travel again.”