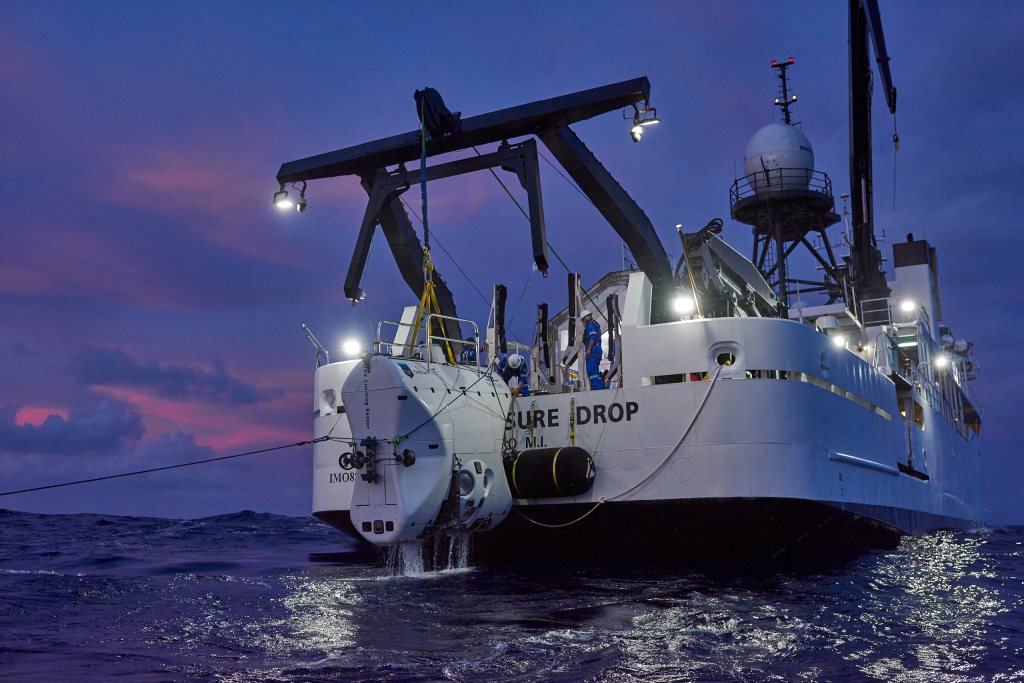 Pub-stool scientists love to point out that we know more about space than we do the depths of our oceans – but given that we’ve sent 12 people to the moon since 1969 while only three people have travelled to the deepest known point on Earth, the Marianas Trench (one of them, filmmaker James Cameron, reportedly forked our $10 million to finance the mission), it’s a claim that, rather like the vast crescent-shaped trench itself, carries quite a lot of weight.

So the opportunity being offered to intrepid explorers now by EYOS Expeditions and Caladan Oceanic – to boldly go where only a handful have before, 10,928 metres below the surface of the western Pacific – is arguably of a rarefied nature than experiences offered by space tourism packages from Elon Musk’s SpaceX rocket company and Branson’s Virgin Galactic. 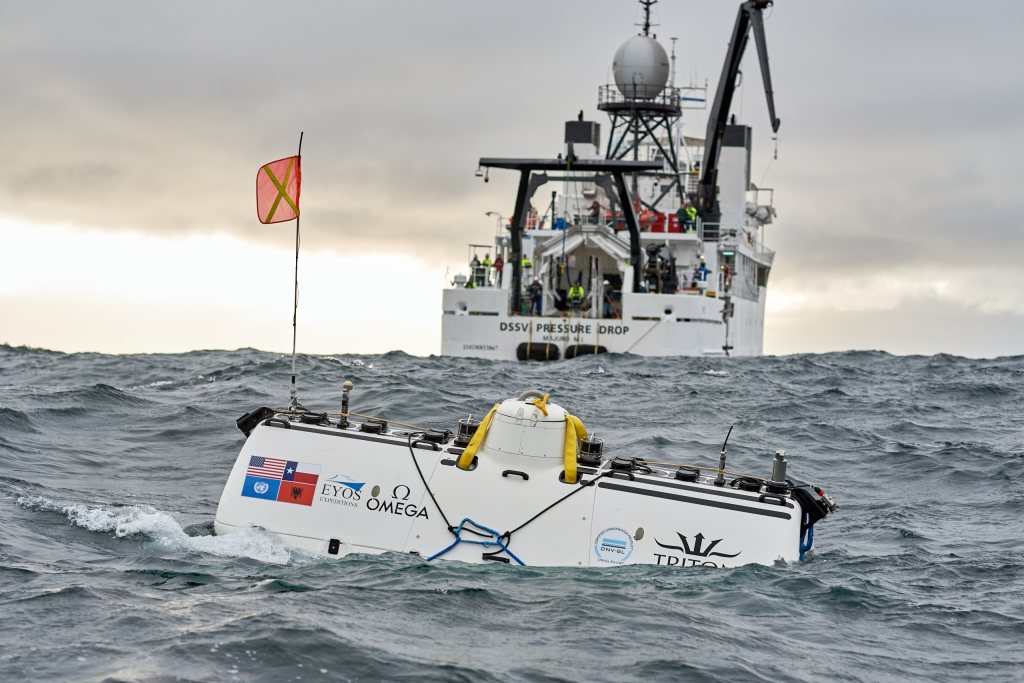 “This is the most exclusive destination on Earth,” asserts Rob McCallum, Founding Partner of EYOS Expeditions. “Currently, only three manned expeditions have ever been made to the bottom of Challenger Deep and more people have been to the moon than to the bottom of the ocean. Four thousand people have been to Everest and 562 to space; only seven have made it to [the deepest known point in the Earth’s seabed hydrosphere] Challenger Deep.” 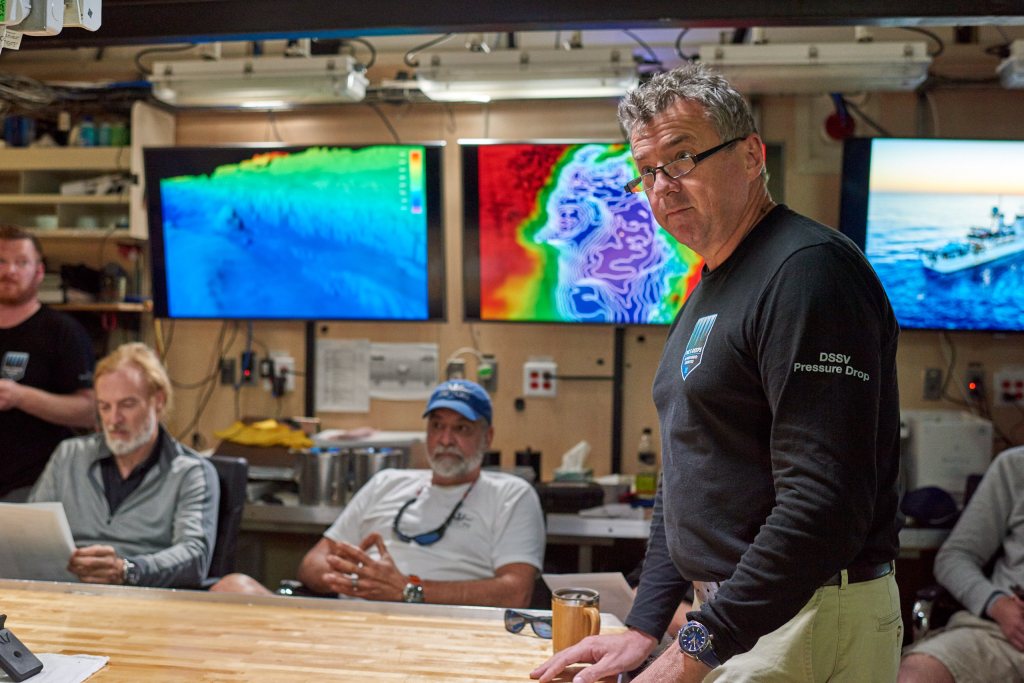 Every new dive is ‘rehearsed’ at a full team meeting that draws in the collective expertise of the Captain, Sonar Operator, Ch Scientist, Sub Team and Expedition Leader. Photograph by Reeve Jolliffe/EYOS Expeditions  REEVE Jolliffe

A component of EYOS and Caladan Oceanic’s six-month long Ring of Fire expedition, it’s a trip that will hold particular interest for those who fantasise about taking part in the great exploratory missions of decades and centuries past, according to McCallum. “These three Mission Specialists joining the expedition will be at the forefront of our continued scientific research into the ocean’s virtually unknown hadal zone, and demonstrate the power of private travel to advance our understanding of the planet.” 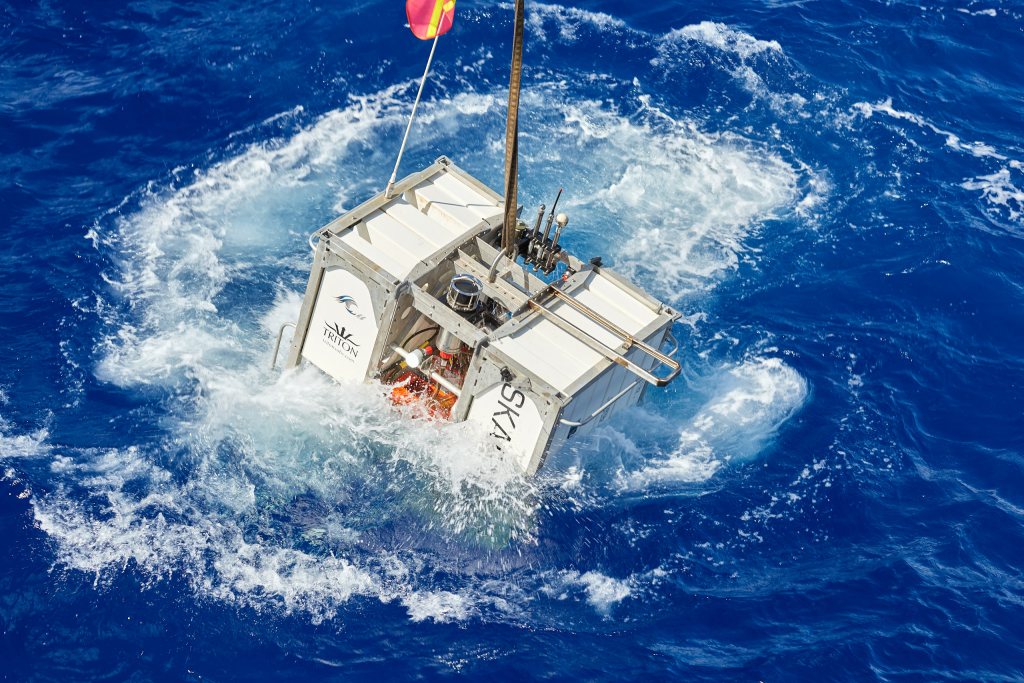 ‘Skaff Launch’ – the landers are launched prior to each dive send back detailed reports on ocean conditions at depth, and act as communication and navigation aids. Photograph by ReeveJolliffe/EYOSExpeditions  REEVE Jolliffe

Following a day at sea, the dive will take place in Caladan Oceanic’s submersible Limiting Factor, which has been pressure tested in a test chamber to 14,000 metres and has already dived five times to the bottom of the Mariana Trench. It has two comfortable seats, three view ports and hi-definition ‘surround’ cameras, while its 90mm-thick titanium casing ensures that passengers experience no pressure changes or physiological stresses. The trip will take up to 14 hours, with the descent of over seven miles taking four hours. Over four hours spent on the seafloor, guests might be able to capture footage of some of the most extraordinary species on the planet, before the four-hour ascent back to the surface. 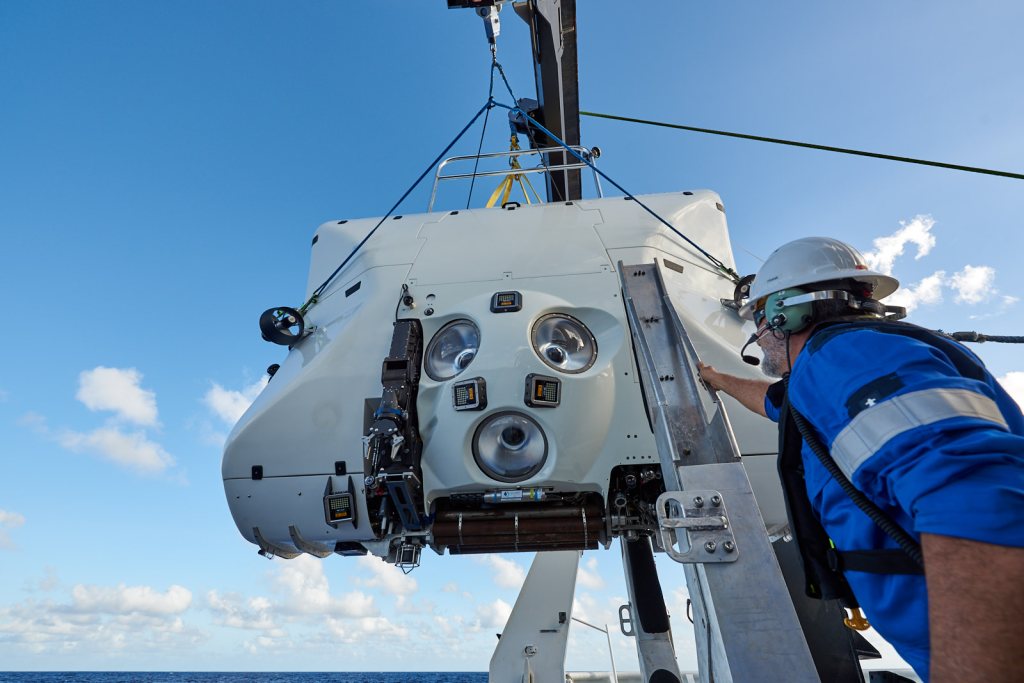 The DSV Limiting Factor fills her ballast tanks and prepares to dive to full ocean depth. Photograph by ReeveJolliffe/EYOS Expeditions

“Whilst onboard, Mission Specialists will be fully integrated members of the team and free to work alongside our sonar operator/ocean mappers, submersible technicians, film production team, expedition management and ship’s officers to gain an insight into the complexities and challenges of hadal exploration,” adds McCallum. “Tracking and communicating with the sub is a great way to spend the day, as is the launch and recovery sequence which is an ‘all hands’ activity. When we’re not diving, we relax by taking in a movie, heading to the gym, reading, or heading up to the ‘Sky Bar’ for a sundowner.” 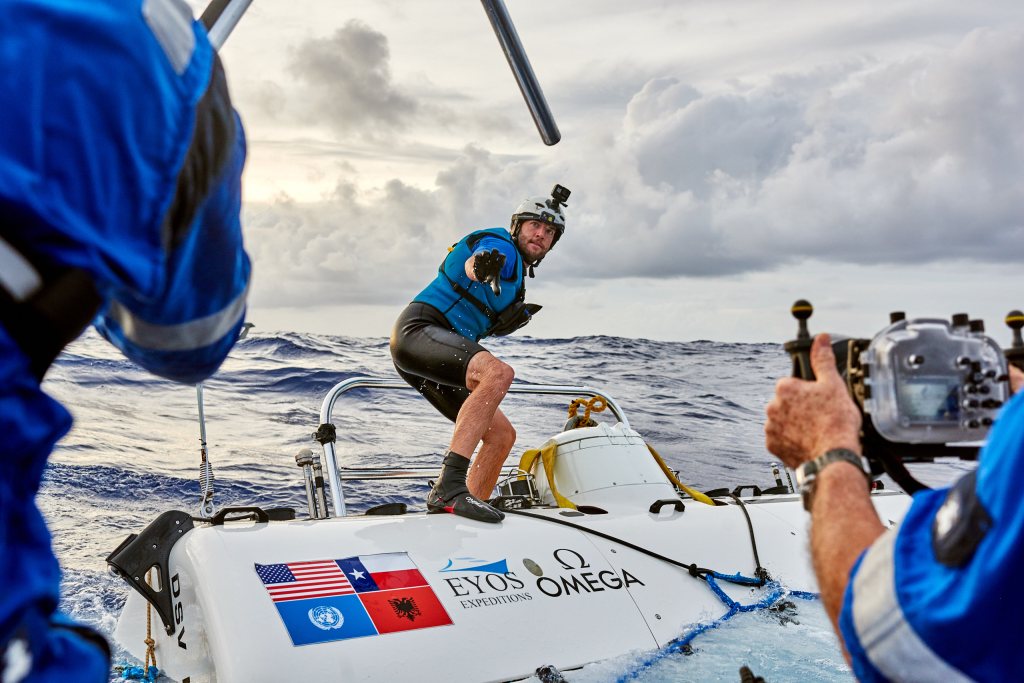 The five-tonne DSV Limiting Factor is the only certified vehicle in history that can repeatedly dive to any depth in the world’s oceans. Photograph by ReeveJolliffe/EYOS Expeditions.  REEVE Jolliffe

No formal pre-departure training is required, and Mission Specialists will receive a comprehensive shipboard and sub orientation as part of pre-dive preparations.

Guests interested in joining the expedition should contact EYOS Expeditions for pricing and full details at info@eyos.com. For more information visit www.eyos.com