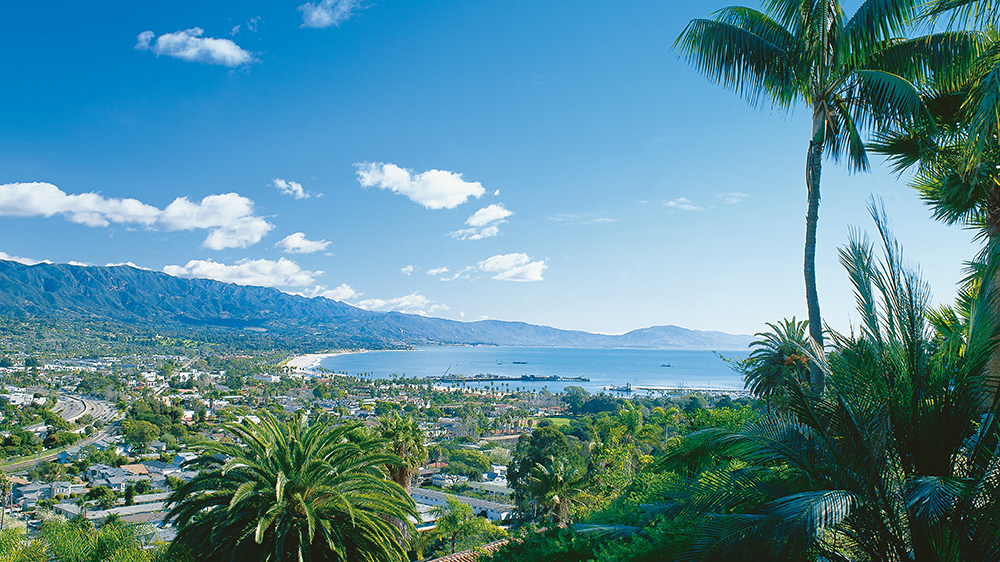 Spring is finally upon us! As vibrant green tendrils break their way through, and temperatures begin to climb to balmier conditions, there’s nothing that we’re looking forward to more than some sun. That’s why you’ll find that most of the destinations we’re heading to this season lie above the equator. For now, skip Southeast Asia, as these next several months tend to be some of the hottest and most humid of the year; we’ll revisit that exhilarating corner of the world later on. Instead, consider countries where mild weather prevails and many golden beaches await. But fret not, this isn’t just about sand between your toes- we’ve also found some culture- and adventure-driven locales as well.

The plus side to travelling right now is that many of these locales are in their shoulder season, which means far fewer crowds and better accommodation rates. There are, of course, some exceptions. Japan, for instance, sees a large influx of tourists in March and April due to the blooming of cherry blossoms, but the delicate pink flowers and the upcoming Setouchi Triennale are worth braving the masses for. On the flip side, imagine being able to wander around Santorini’s narrow alleyways without bumping shoulders with fellow visitors—talk about true bliss.

From idyllic islands to more unconventional options, here are 11 places to travel this spring that will appeal to every type of traveller.

One of the biggest art events of 2019, Setouchi Triennale is returning for its fourth instalment on April 26. The festival will bring in works and installations by artists near and far, spread across 12 islands in Japan’s Seto Inland Sea and the cities of Takamatsu and Tamano. It’s the perfect excuse to visit Naoshima—home to the highly regarded Tadao Ando–designed Chichu Art Museum and Yayoi Kusama’s famous yellow Pumpkin—and hop around some of the less-frequented, but just as fascinating, isles. And if you decide to come right before or after the Triennale begins, make sure to also schedule in some days in Hokkaido or the northern half of Honshu for some prime cherry blossom sightings.

As travelling to far-flung locales becomes increasingly easier in the modern day, there are few places left that are still as untouched as the Kingdom of Bhutan. Going to this isolated country, which only opened up to tourists in 1974 and prioritises Gross National Happiness over GNP, is like stepping back in time. Plus, with the recent arrival of the highly anticipated Six Senses (three of the five lodges are accepting reservations, with the remaining two slated for this summer), distinguished travellers have some new luxurious digs to stay in.

If you’ve ever gone to Greece in the summer then you know just how crowded it can be, which is why late spring is the best time to go to this blissful Mediterranean destination. From mid-May to early June, the weather is mild, swarms of tourists haven’t quite descended onto the islands yet (even Santorini and Mykonos are manageable), and the water is usually just warm enough for a dip. This March Four Seasons Astir Place Hotel Athens is drawing some attention to the mainland while Andronis Arcadia will be a new favorite in Oia. Explore some ancient ruins, delight in spectacular fresh seafood and soak in the sun—this is one well-rounded holiday calling your name.

After the devastating destruction Hurricane Maria left in her wake a year and a half ago, Puerto Rico has made a comeback and there’s no better time than now to support the resilient island. Old San Juan is still as vibrant and charming as ever, an elevated culinary scene is beginning to unfold, and a whole host of luxury hotels are welcoming guests with open arms. For those who want to be in the centre of the action, O:LV Fifty Five is the chic new kid on the block, but if you’re looking for some prime beachfront real estate, the renewed Dorado Beach, a Ritz-Carlton Reserve and St. Regis Bahia Beach Resort have you covered.

With the rainy season has passed, Namibia’s lush landscapes reveal themselves in April and May. Head out into the bush and keep your eyes peeled for the elusive southern white rhinoceros on your game drives. After epic sundowners, return to a luxurious new lodge either in the form of the Angelina Jolie–approved Omaanda or the soon-to-arrive, exclusive-use Safari House by Natural Selection. Just don’t forget to compound your safari trip with a venture out to the Skeleton Coast, where a stay at Shipwreck Lodge will provide for an unreal sensory experience on this stretch of deserted, sandy coastline. It’s raw, it’s eerie, but it’s also incredibly fascinating.

Another destination in need of support after a natural disaster, much of California was ravaged by a series of wildfires last year, including Santa Barbara. But the city, a picturesque combination of Spanish architecture and old-Hollywood glamour, is on the rebound and its sunny beaches beckon. Explore its burgeoning Waterfront neighborhood and trendy Funk Zone warehouse district, but for those who really want to see why this part of the Golden State has been dubbed the American Riviera, a stay at the recently opened Rosewood Miramar Beach is a must.

If you’re looking for the next Atacama Desert, look no further than Bolivia’s Salar de Uyuni. Spanning nearly 4,100 square miles at an altitude of almost 12,000, the world’s largest salt flat is fit for the ultimate adventurer. April boasts the best opportunities to see the flats both wet and dry, which provide for jaw-dropping reflective surfaces and Mad Max–like conditions, respectively. That same month Kachi Lodge will begin welcoming guests to its six glamping bubble pods, along with experiences like hikes up to Tunupa’s volcano crater, a visit to the salinas where locals collect salt from the surface, and meals devised by the acclaimed Gustu in La Paz.

Over the past several years, Detroit has turned over a new leaf. Having once reaped rewards as a booming industrial hub and an epicentre for automobiles, things took a wrong turn in the 70s and hit rock bottom in 2013 when it became the largest U.S. city to file for bankruptcy. But since then it has been on the up and up, conserving its monuments, embracing its heritage and attracting a creative community that has helped rejuvenate the town with an exciting art and culinary scene. Another player that helped the metropolis in its revitalisation was Shinola—a company crafting handmade luxury goods, all manufactured on home turf—which broke into hospitality earlier this year with a namesake hotel in downtown Detroit. If there were ever a time to visit Motor City, it would be now.

The long-awaited National Museum of Qatar will finally come to fruition on March 28. An architectural marvel designed by Jean Nouvel, the building is modelled after desert rose formations and its beige disks make for a stark contrast to the surrounding angular constructions, making it a true sight to behold. NMoQ will present opportunities to learn about the country and its culture in addition to housing artworks by both Qatari and international artists, precious objects and prized documents. The grounds will also serve as an expansive public park featuring walkways, a lagoon and interactive environments. While here make sure you also stop by Souq Waqif for some shopping, go off-roading in the desert, tour Al Shaqab’s impressive equine facility, and stay at the recently opened Mandarin Oriental.

The largest of Spain’s Balearic islands, Mallorca has much more laid-back environs than neighboring Ibiza, but with equally desirable beaches and much more culture to boot. Its capital, Palma, brims with high-end shops, Gothic architecture and posh boutique properties like Can Bordoy. But when you escape this buzzing metropolis you’re met with rugged mountains, bucolic villages and serene retreats like the upcoming Finca Serena. Spend a few days in the city, stroll around the old town’s stone streets, but what you’ll really fall in love with is the resplendent countryside.

For those really looking for something out of the box, a sojourn to Jordan promises an unforgettable journey. The staggering archaeological sites in the lost city of Petra, the natural wonder that is the Dead Sea and the expanses of Wadi Rum are certainly a draw, but there are many other layers of this culturally rich country to peel back. While Amman might seem as though it’s a city only worth transiting through for the purpose of reaching the aforementioned attractions, it illustrates the nation’s modern-day inclinations and is a treasure trove for those who want to dig a little deeper. And come June, right before the heat becomes too unbearable, the St. Regis Amman will make its debut and become a distinguished address in the capital.