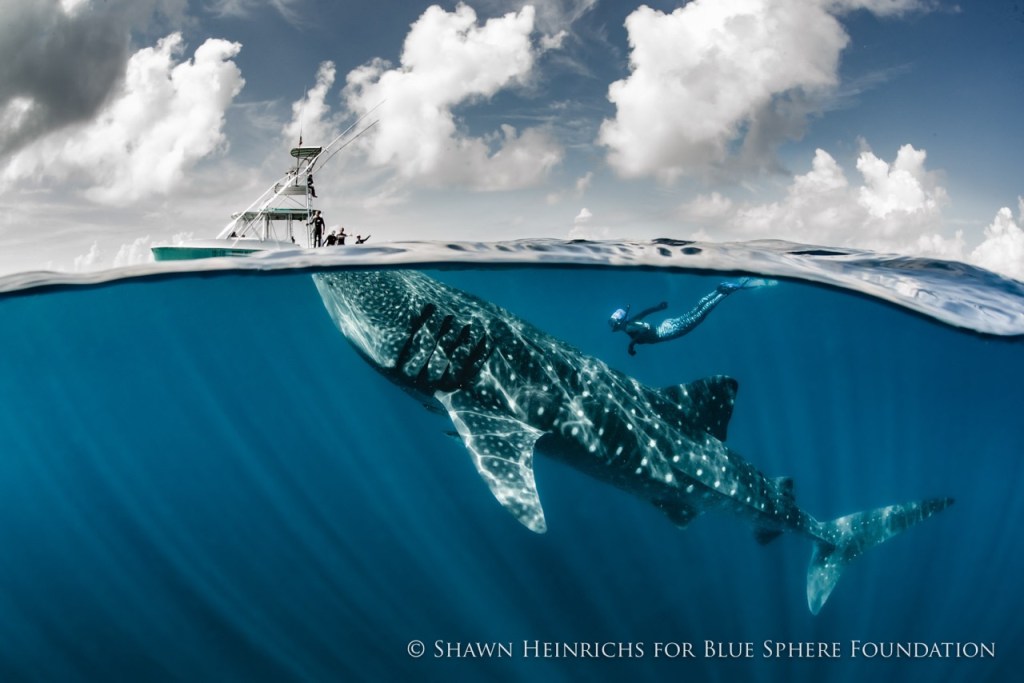 It’s a potential bill-topper on the most aspirational bucket list ever created: nine days in the serene company of beautiful aquatic creatures around the coasts of Raja Ampat, Indonesia. Taking place in April 2019, this is the next adventure being organised by Blue Sphere Foundation (bluespherefoundation.org): a non-profit company founded by Emmy Award winning cinematographer, photographer and marine conservationist Shawn Heinrichs (the shots here are from last year’s expedition to the same destination). 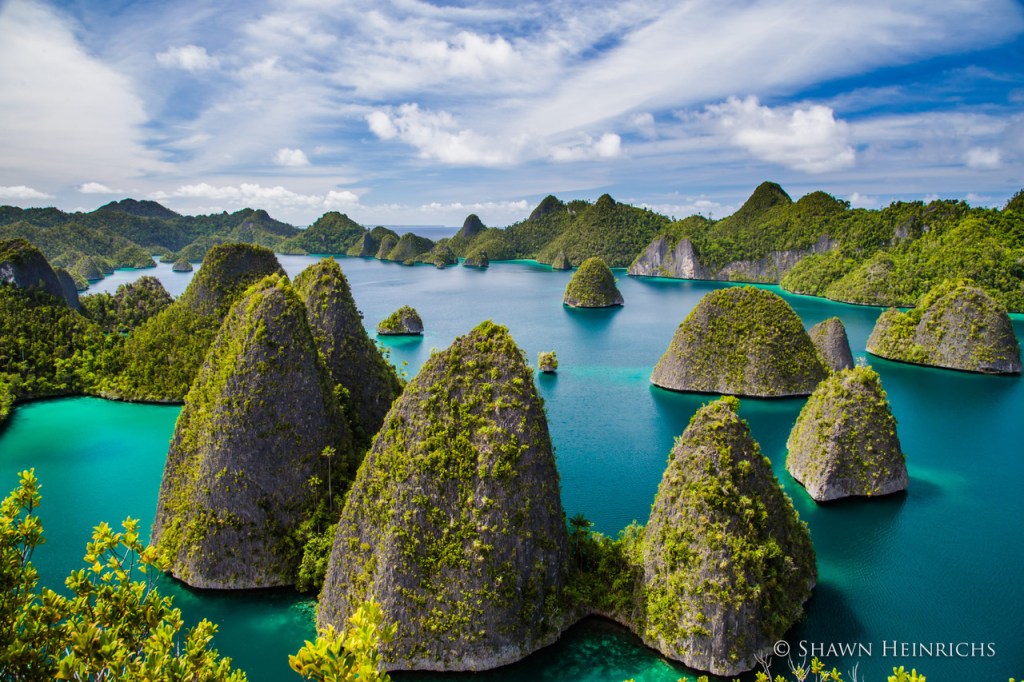 Blue Sphere runs three annual expeditions (other destinations include the Mexico’s Yucatan Peninsula and Fetoko Island, a private island refuge in the Kingdom of Tonga) that allow participants to experience their conservation work first-hand – around 50 per cent of the expedition costs are a tax-deductible donation to the Blue Sphere charity foundation.

Guests for the Indonesian expedition will fly into Sorong airport (SOQ), then embark onto the luxurious live-aboard yacht, MSV Silolona for a nine-night trip through the islands of Raja Ampat, first stopping at the picturesque Wayag Lagoon for snorkelling in the clear, shallow waters that provide an important nursery site for juvenile reef sharks and baby mantas. 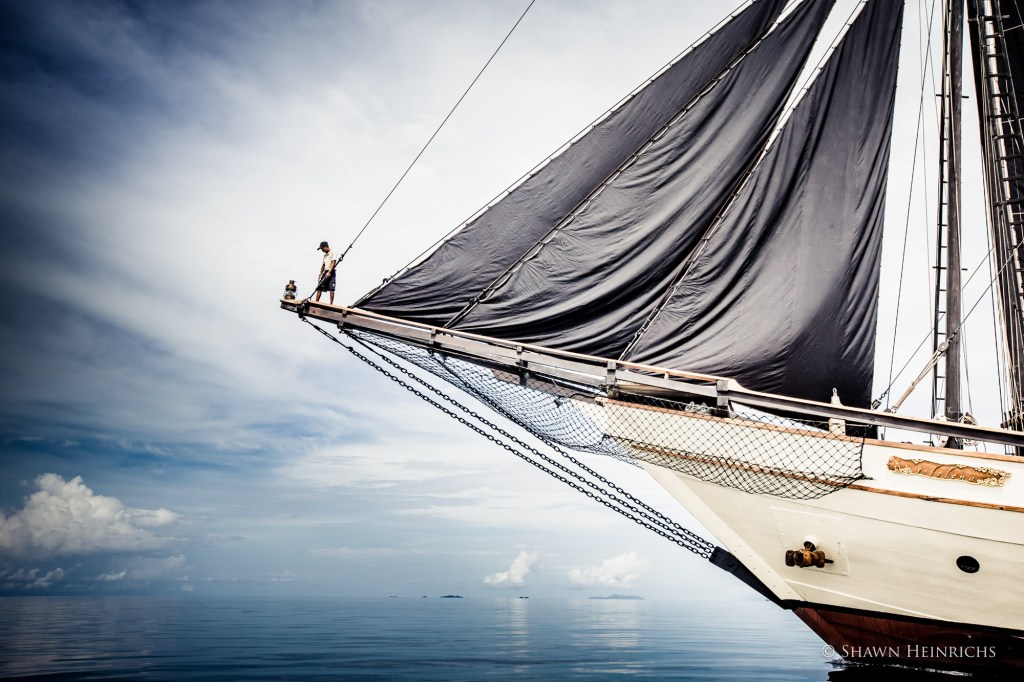 The luxury MSV Silolona blends perfectly with her enchanting surroundings

Next stop is the Dampier Strait, where guests will dive on some of the world’s most unspoiled coral reef sites, including the ‘Manta Sandy’ site, where graceful manta rays form chains as they glide above the vibrant reefs. Elsewhere guests will encounter ‘Boo Windows’, ‘Fiabacet’ and the famed underwater ‘Magic Mountain’, where they will witness interactions with giant oceanic mantas (some with wingspans up to 7 metres) that come to the area to be cleaned and to socialise.

Whales, dolphins, endangered turtles, whale sharks, dugongs and over 2,000 species also feature in an area which boasts the highest biodiversity of marine life on the planet and is home to more than three quarters of the world’s coral species. 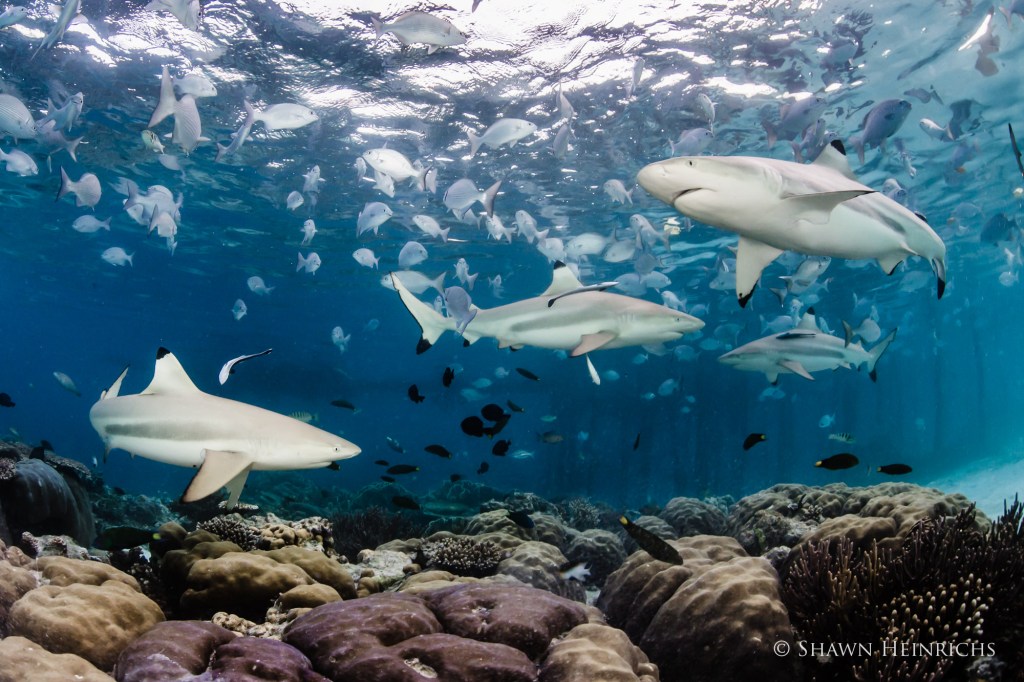 It really is, according to Heinrichs – whose global conservation efforts have also previously focussed on transforming a Mexican shark-fishing community into a thriving ecotourism spot – a genuinely life-changing experience. “I remember back in 2008, when we organised the first expedition to go out and find the aggregation of whale sharks,” he tells Robb Report “Our fishing captain had talked about it, but compared to what he described, what we found was completely beyond expectations. As we crested the horizon, a fin cut the surface – then another and then another – and suddenly we found ourselves upon 300 whale sharks’ fins stretching for kilometres upon glassy-smooth seas. We dived into the water and in all directions saw these massive but gentle animals, ploughing the surface with their mouths wide open, gulping down eggs.”

The Raja Ampat trip, meanwhile, climaxes with a visit to the Misool Eco Resort, the base of the area’s conservation efforts, established with the help of Blue Sphere’s founder Shawn Heinrichs, in 2006. This area protects hundreds of square miles of rich marine ecosystem – a zone that saw a 250 per cent biomass increase within the first six years of establishment. 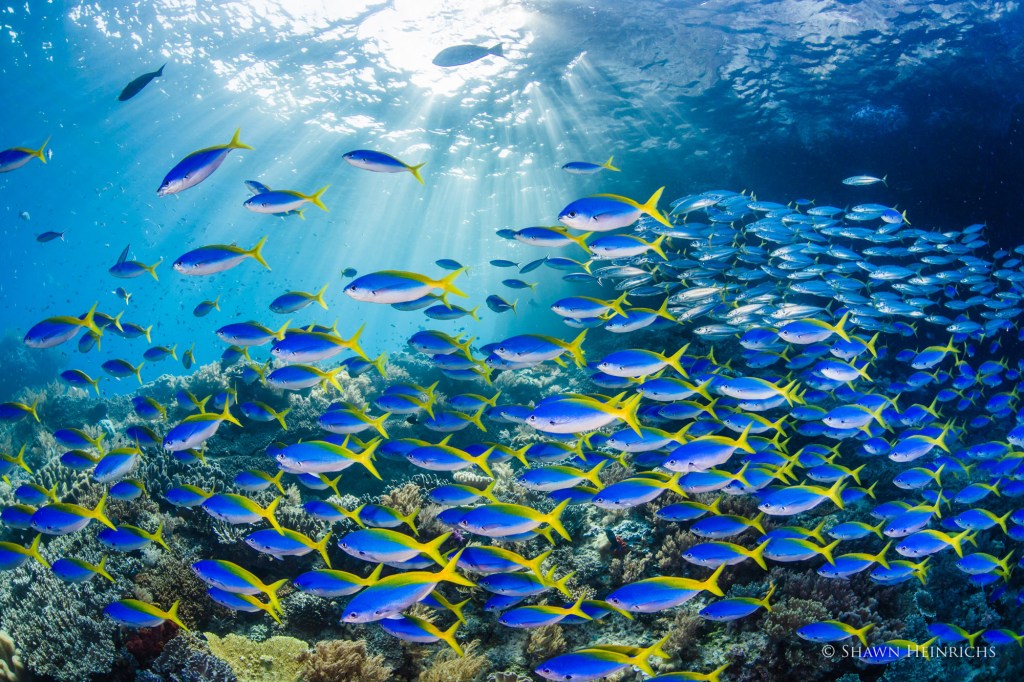 Anyone joining Heinrichs on one of these adventures will likely become passionate crusaders for the cause, too: “Words cannot describe the feeling of being in the presence of such massive sharks that are completely harmless, curious and gentle beings, and to spend hours upon hours in the water with these incredible animals swimming just in front of your face. Sometimes you see them feeding vertically – perfectly still with their mouths at the surface, almost in a trance-like state. It truly is a once-in-a-lifetime opportunity.”

The sun sets behind the iconic karsts of Wayag Lagoon, Raja Ampat