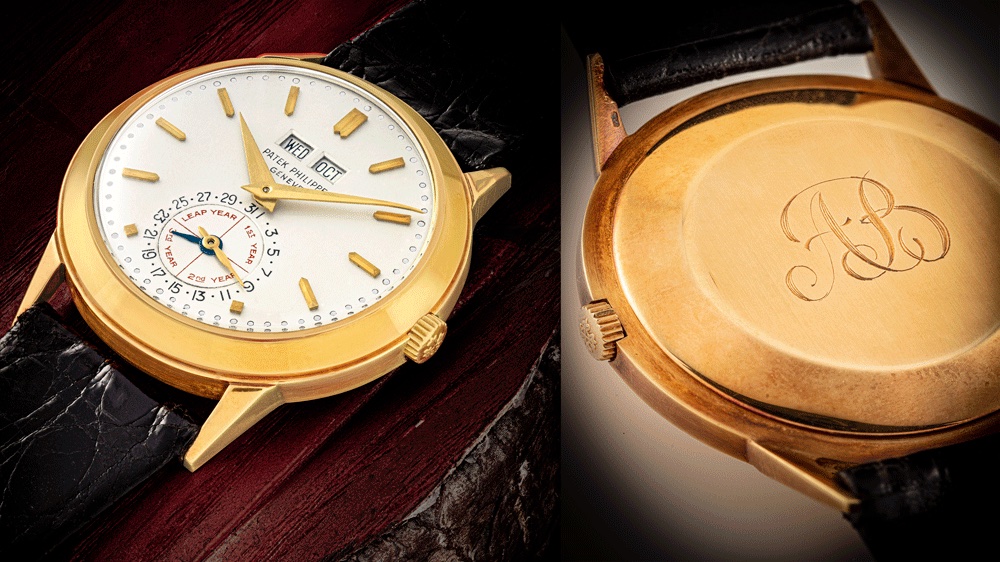 On May 22, Christie’s Hong Kong will auction a unique Patek Philippe Reference 3448J specially made for Alan Banbery, one of the most beloved and legendary figures in the firm’s history.

Gifted to Banbery in 1975, on the occasion of his 10th anniversary with the brand, where he served as director of sales for English-speaking territories, the yellow gold wristwatch is prized for what it’s missing: a moon phase.

Unlike the 585 other examples that belong to Reference 3448, this singular timepiece, estimated to fetch between around 2.25 million and £3.65 million, stands apart as the only fully provenanced, fully documented, specially commissioned example of a “no moon phase” with a leap year indication on the dial. (Patek Philippe achieved this mechanical feat by removing the moon phase disk to allow the display of a leap year indication with a special set of small hands.)

Among vintage watch connoisseurs, owning Banbery’s personal timepiece, which remained in his possession for almost 25 years, is akin to owning a piece of the storied Geneva watchmaker’s history. Banbery was instrumental in helping the Stern family—led by patriarch Henri Stern and his son, Philippe—acquire historic Patek Philippe watches and assemble a collection that resulted in the opening of the Patek Philippe Museum in Geneva in 2001.

“The mere mention of the name ‘Banbery’ brings the unmistakable and instantly recognisable minimalist aesthetic of this unique reference 3448 immediately to mind,” Alexandre Bigler, vice president and head of watches at Christie’s Asia Pacific, said in a statement. “This sale will undoubtedly provide the world’s most discerning collectors with a rare opportunity to acquire a timepiece of almost mythical status.”

The Reference 3448 is considered an icon of mid-century watchmaking. Introduced by Patek Philippe in 1962, the model was the first self-winding perpetual calendar wristwatch. As noted, only 586 pieces, mostly in yellow gold, were made until the model was discontinued in the late 1980s. Alan Banbery’s “No Moon Phase” watch is engraved with his monogram on the caseback.