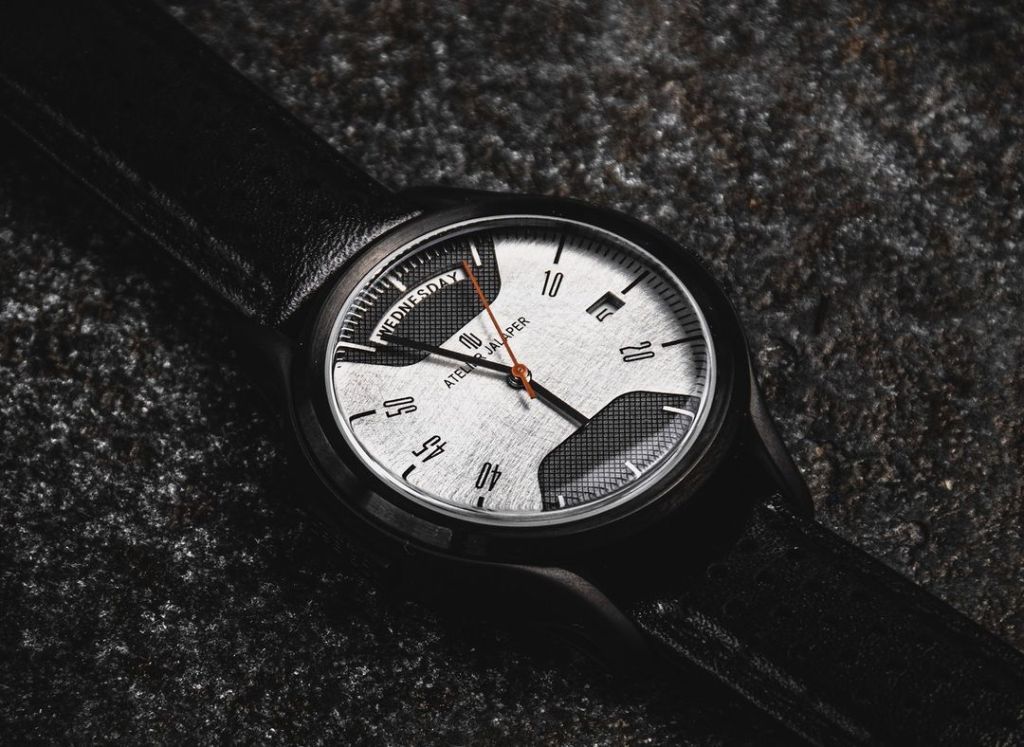 What do meteorites, recovered ocean plastic, the roof of a Cologne cathedral and debris from the Titanic all have in common? All have provided raw material for watch dials aimed at buyers who relish a spot of quirky provenance.

Now, tapping into the trend in a way that will appeal to aficionados of a certain fictional British spy, fledgling boutique watch brand Atelier Jalaper has built a small part of the bonnet from the king of luxury grand tourers, Aston Martin’s DB5, into their timepieces.

“We wanted a car that speaks for itself and to everyone, a true legend worldwide,” explains Simon Szleper, who co-founded Atelier Jalaper with fellow young entrepreneur Louis Jalaber in 2020. “We were also eager to engage with our highly co-operative [online] community. They were actively involved in contributing their preferences for the choice of the car Legend. We presented them with a choice of four options and the DB5 came first.”

Fulfilling their community’s whimsical request has been no walk in the park. “Finding the automobile element was like searching for the Holy Grail,” he says. “Aston Martin remains one of the most coveted collector’s cars. Between 1963 and 1965 no more than 1,021 cars left the British factory. We finally found the precious bonnet in a specialised garage in a London suburb. The bonnet was then authenticated by the Aston Martin Heritage Trust in North London.”

The challenges, for the brand, have been technical too: “Using a piece that was designed in the 60s for a car as a watch dial is incredibly complex,” says Szleper. “Transforming a DB5 bonnet into unique dials requires real technical prowess, particularly as we wanted to keep the original rendering and patina of the raw material. We quickly realised that this particular raw material reacts much more, and in random ways, with high temperatures when we were using the mazer for the engraving part. It took years of research and development to break through the many technical barriers encountered along the way.”

A scratch resistant sapphire crystal, meanwhile, enhances the beholder’s view of that aforementioned patina, as well as indexes which take their inspiration from the DB5’s speedometer and, at 6 and 12 o’clock, impressive guilloche work, the result of a lengthy and precise lasering process, inspired by the car’s grille.

The pieces have 40.5mm stainless steel cases and are self-winding, with five different strap options in nylon or handmade leather.

Watch a clip of the pieces being made below.