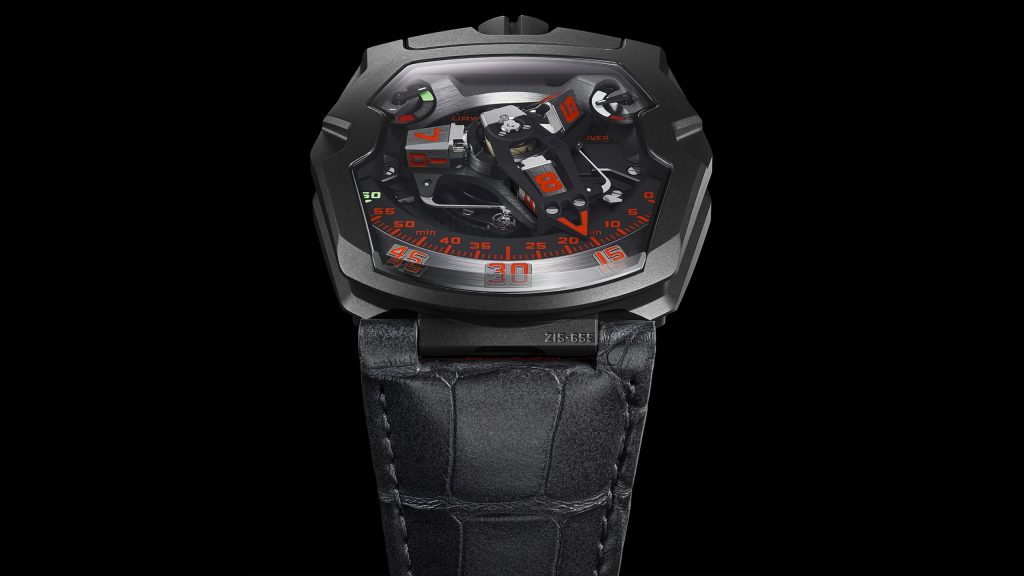 Urwerk is retiring the UR-210, marking the end of its eight-year run with the release of the UR-210 Last Edition.

In its 2012 debut, the UR-210 wowed the watch world with its uniquely shaped sapphire crystal display and case, hour satellite system reconfigured for this new design and three-dimensional cage-like minute hand that was inspired by the beak of the Maltese Falcon,  a nickname that stuck with the timepiece.

This new model bids farewell with much of the same tech of the original. Cased in titanium and steel, it features a black PVD coating. Matching the case, the dial is black and ruthenium-coated with the lume-filled red numerals boldly featured on each of the hands.

The dial is further detailed with green and orange indexes and comes strapped to the wrist via a black leather strap. 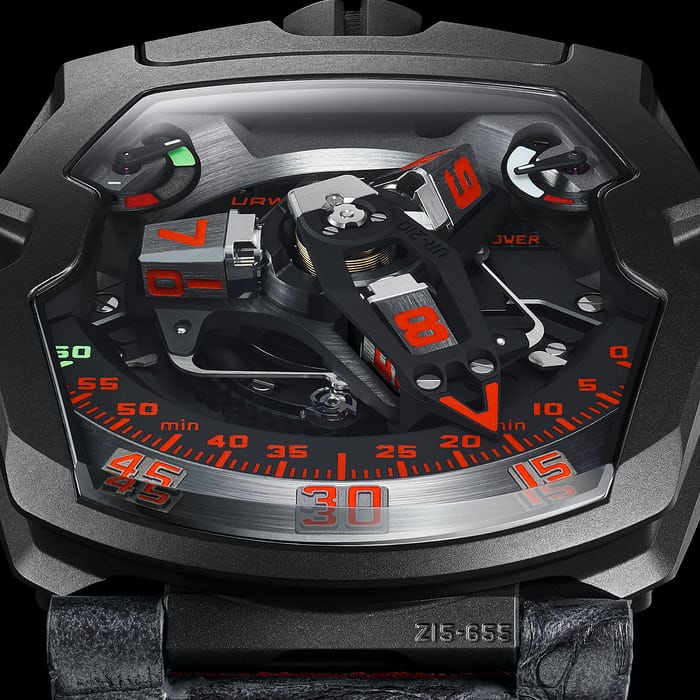 Not mincing words in the name, the UR-210 Last Edition sees the signature retrograde hand snap from 60-to-zero, assertively marking the new hour. The final iteration is also fitted with the patented winding efficiency indicator, a world first when the watch was initially released.

On exclusivity, the availability is yet to be determined however as the last edition, we doubt there will be many.