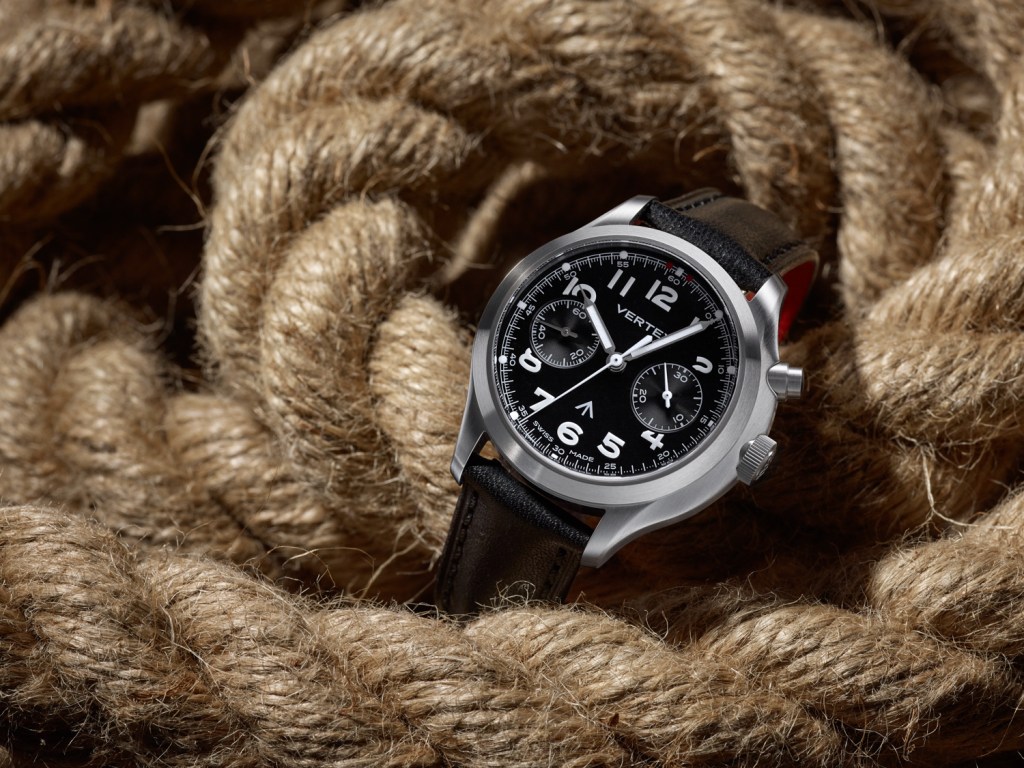 Watch lovers for whom historical significance is as important as mechanical prowess or artisanal endeavor will relish this new addition to the horological canon from Vertex – one of 12 British companies which, during World War II, built and supplied watches to the specifications of the UK’s Ministry of Defense.

In 1945, the company was commissioned to make an ordnance timing watch, in conjunction with Swiss manufacturer Lemania, using the latter’s in-house movement. The war ended shortly after this request for what became known as the Mono Pusher, and Vertex, as a British company, was restricted on how many movements it could import due to rationing: it therefore had to change its focus to civilian watches, and the Mono Pusher never saw light of day.

More than seven decades on, Vertex – which was resurrected by the original founder Claude Lyons’s great grandson Don Cochrane in 2017 – has released a new iteration of the Mono Pusher (£3,750, available via www.vertex-watches.com) with a brand new movement by another Swiss operation, Sellita. The timing Chronograph is available as either a manual (limited to 200 pieces) or as an automatic (limited to 200 pieces).

“The MP45 was born with the purity of purpose that comes from military action,” Cochrane tells Robb Report. “Simple and precise, it resonates just as much with today’s chronograph wearer – and I hope also with your readers – as it did with the soldiers of WW2.”