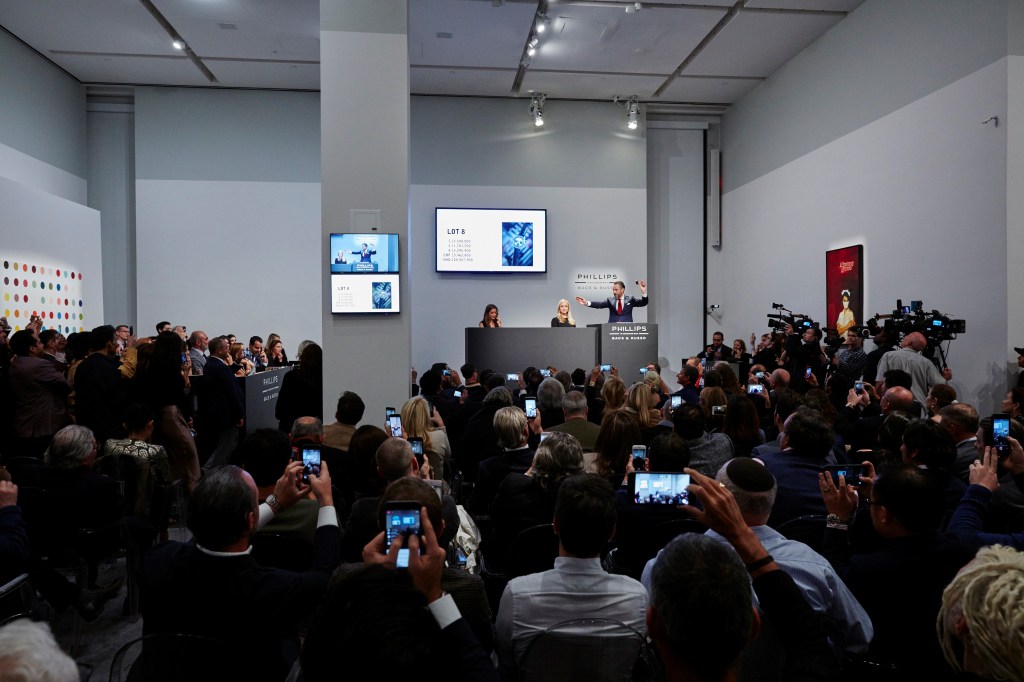 Rarity, heritage, state of preservation… The watches curated for The Geneva Watch Auction: XII, which span the 20th and 21st centuries, have much in common to delight both fledgling enthusiasts and seasoned collectors. So it wasn’t an easy task we imposed on Phillips’s UK Head Of Watches, asking him to pick out five highlights. Thankfully, he obliged.

Royal Oak Offshore (Ref. 25721PT)
Can you imagine the surprise, in 1997, of being handed an oversized sports watch that weighed just under half a kilo? Part of a limited series of 25, this watch with a gargantuan solid platinum case and bracelet is one of the of the most outlandish and yet stealthy creations ever offered in watchmaking. To many a simple steel offshore with its immediately recognisable indigo blue chronograph dial, only when the watch is handled can you understand its significance and why it was not commercialised. 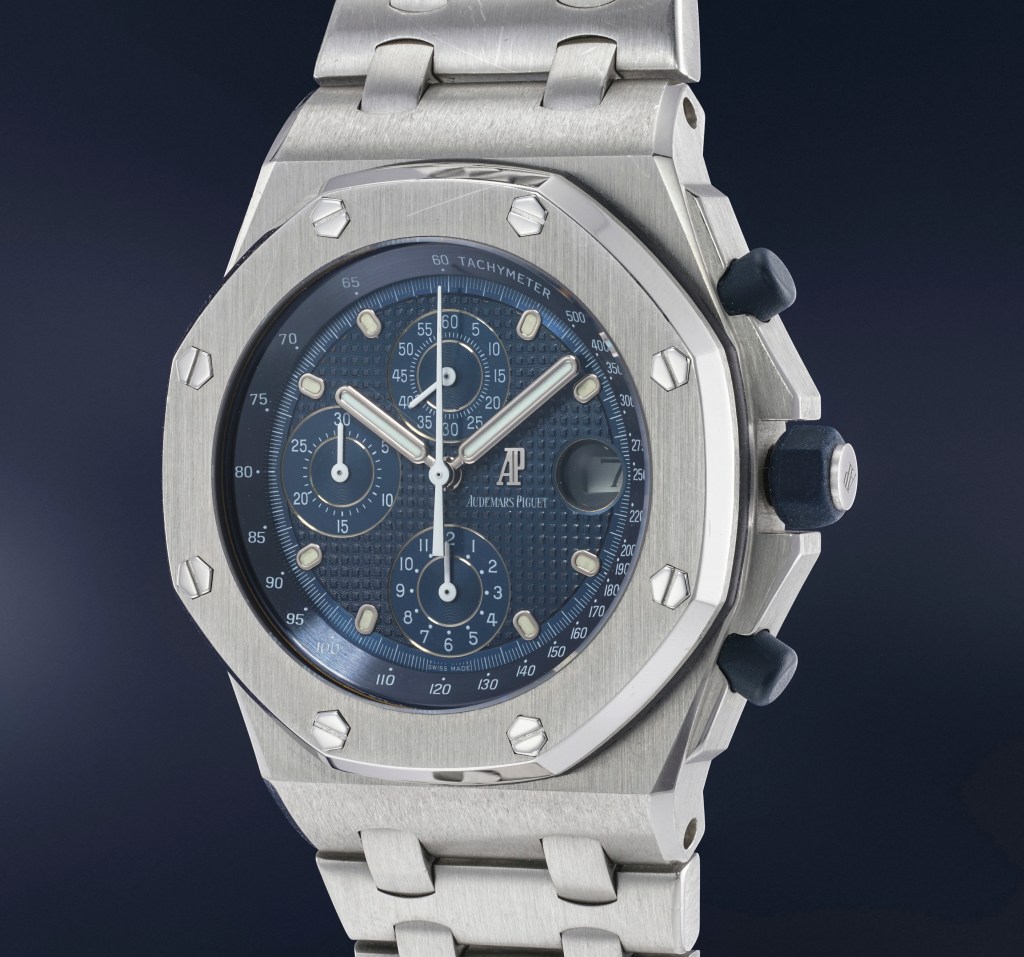 Patek Philippe 3974P “Special Order Black Dial”
According to our understanding, this is the very last 3974 example made in any case material. Delivered to a VIP customer in 2004, some three years after the production of the last movements, it was supplied with two dials: one with white baton indexes and the other with black Breguet numerals. Given how rarely the brand grants special requests, it demonstrates the significance of both the client and the watch. Created under the guidance of Philippe Stern for the celebration of Patek’s 150th anniversary, the reference 3974 is the epitome of the famed brand’s technical and design prowess. 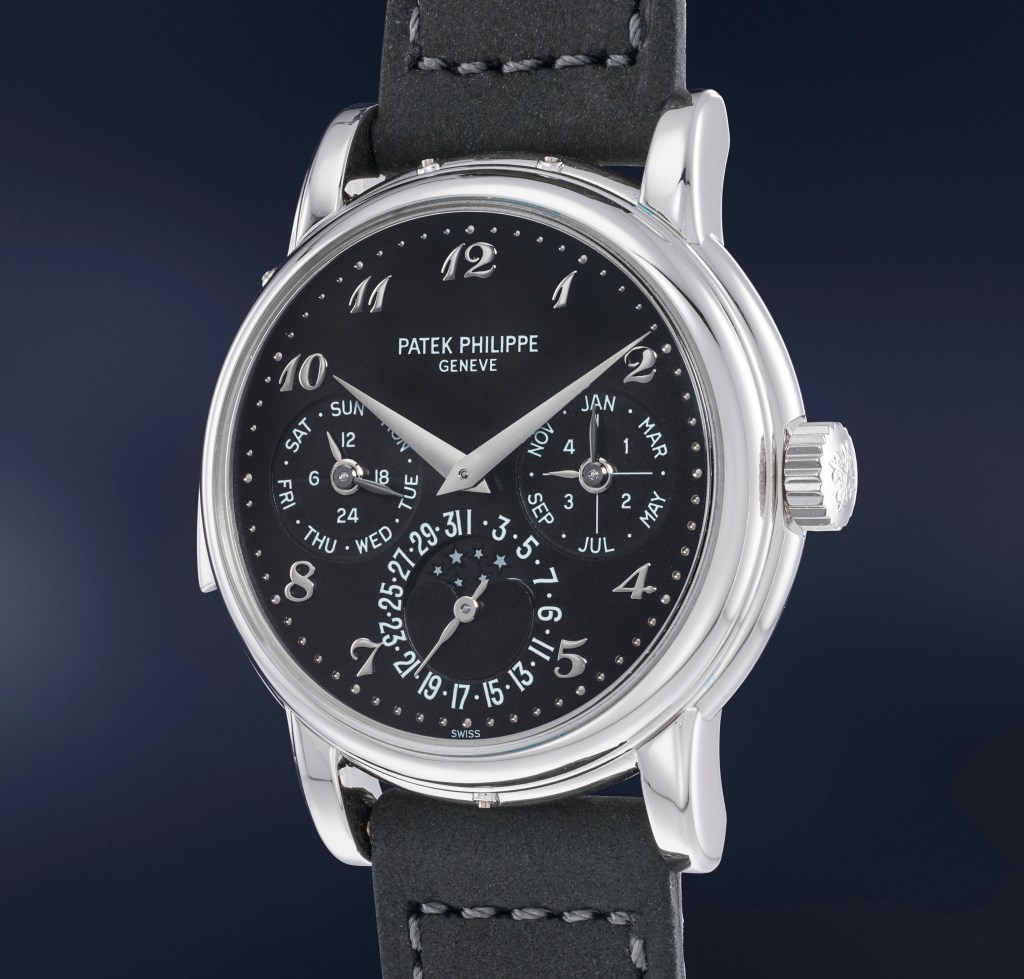 Cartier Crash in Platinum
Undoubtedly one of the most iconic wristwatches manufactured by Cartier – and one of the most recognised, with its unique asymmetrical case design – this is one of a handful of watches publically offered in platinum. With a London re-addition selling out even before watches were delivered, this watch offers a client the connection to the Salvador Dali “Persistence of Memory“, plus the rarity of the most desirable case materials. 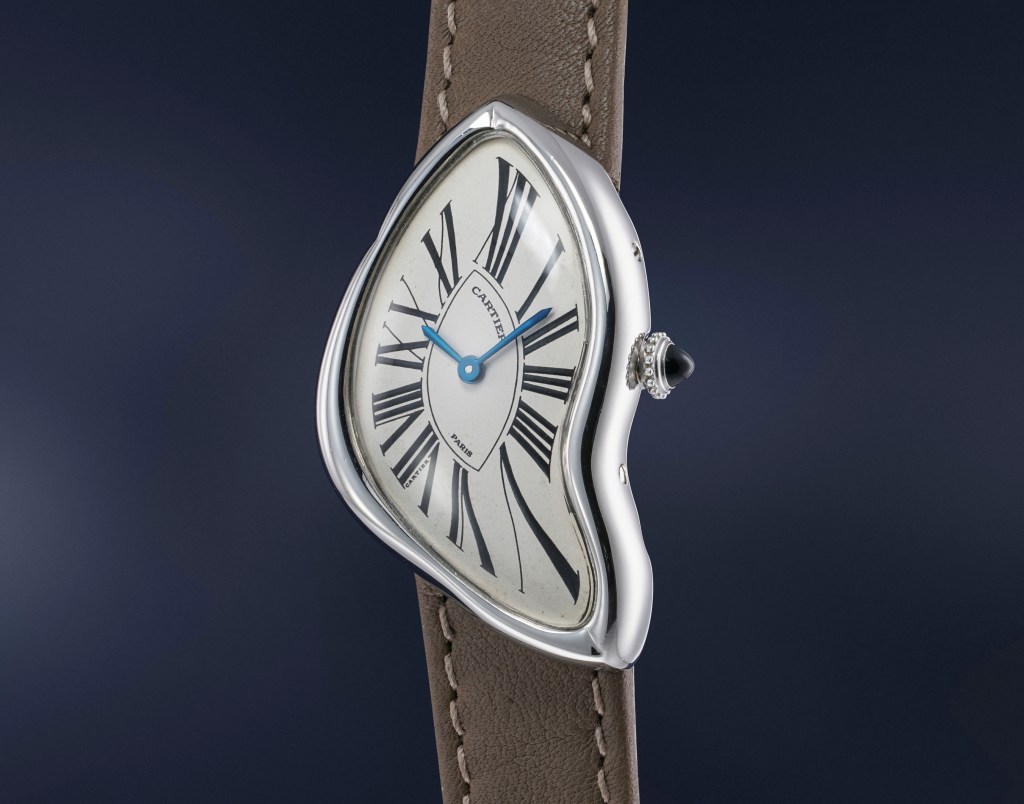 Philippe Dufour Simplicity 20th Anniversary (Retrospective 2000-2020)
For the 20th anniversary of the Simplicity, Philippe Dufour decided to close his historic line with a limited edition (a first for the brand) of 20 pieces, which Phillips has the honour of offering number 00/20.This piece will also be the very first delivered to the market. Slightly different from the original 37mm models, it features a hinged case back and the crown now has his initials “PD” engraved on it, initials that are also applied at 12 o’clock on the beautifully guilloche’d grey dial with Breguet numerals. Needless to say these pieces – decorated and assembled and the last of a now iconic line of watches – are a rare opportunity to acquire a trophy of independent watchmaking. 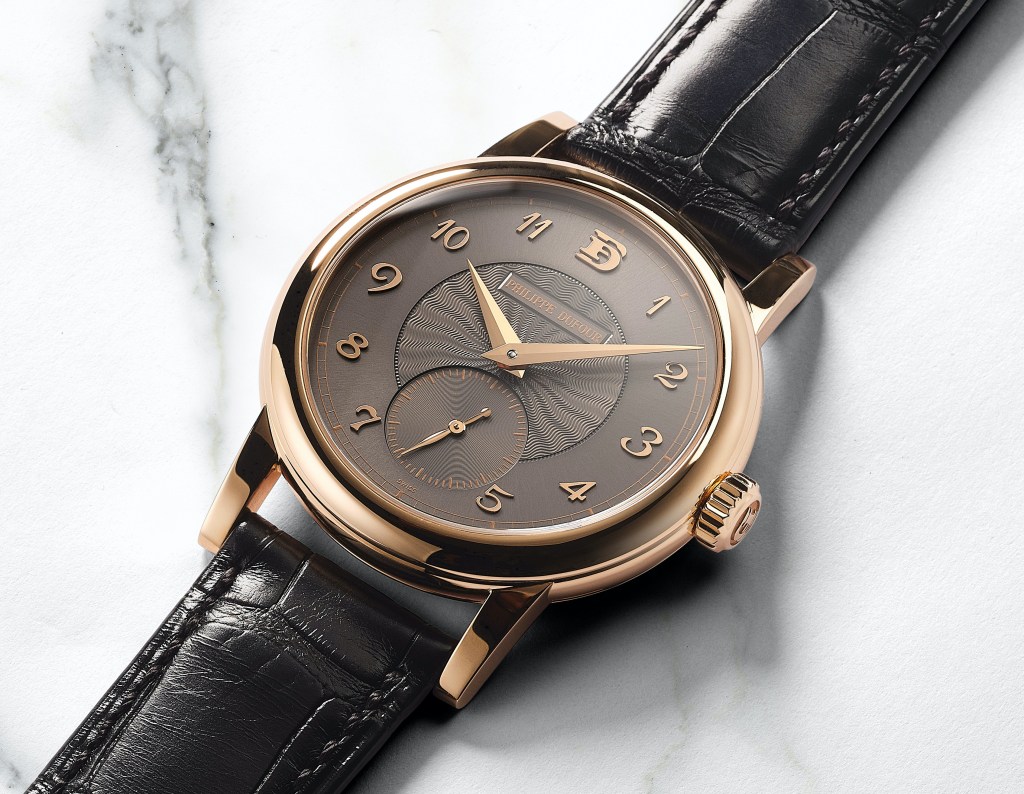 Patek Philippe Ref.5959R (Retrospective 2000-2020)
The 5959 made its debut in 2005, and contained the world’s thinnest column wheel-actuated split second movement, and crucially it was the first in-house developed chronograph movement from the brand. With its extended straight lugs and officers’ caseback, this beautiful pink gold case with contrasting elegant black dial with gilt Breguet numerals is believed to be one of just five produced. The ultimate in rarity, elegance and mechanical dexterity, it is a contemporary Patek that appeals across the generations. 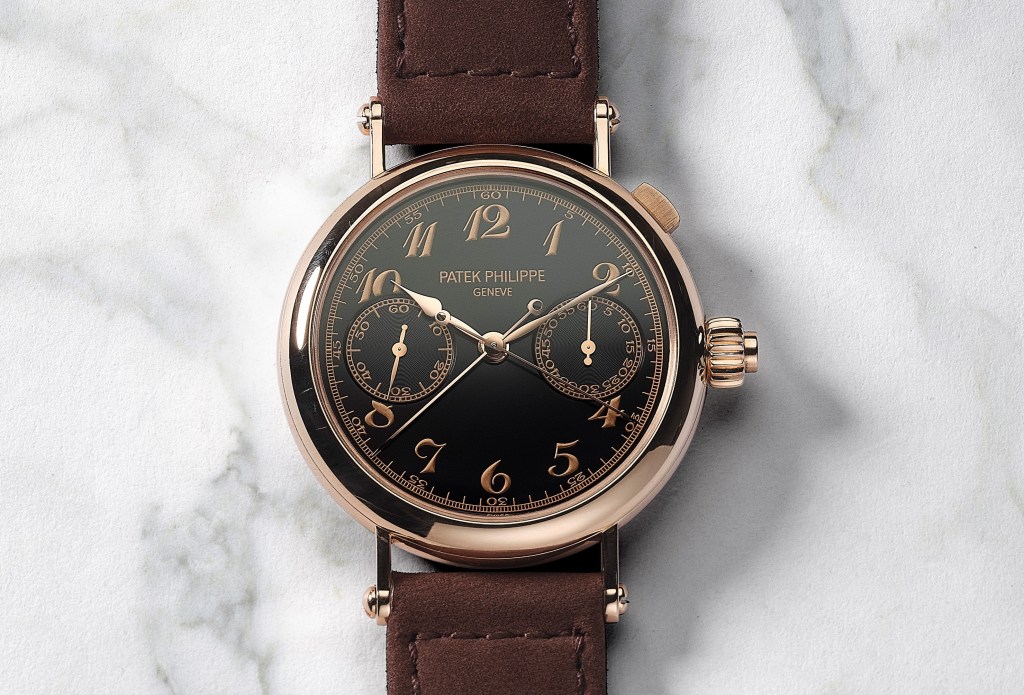