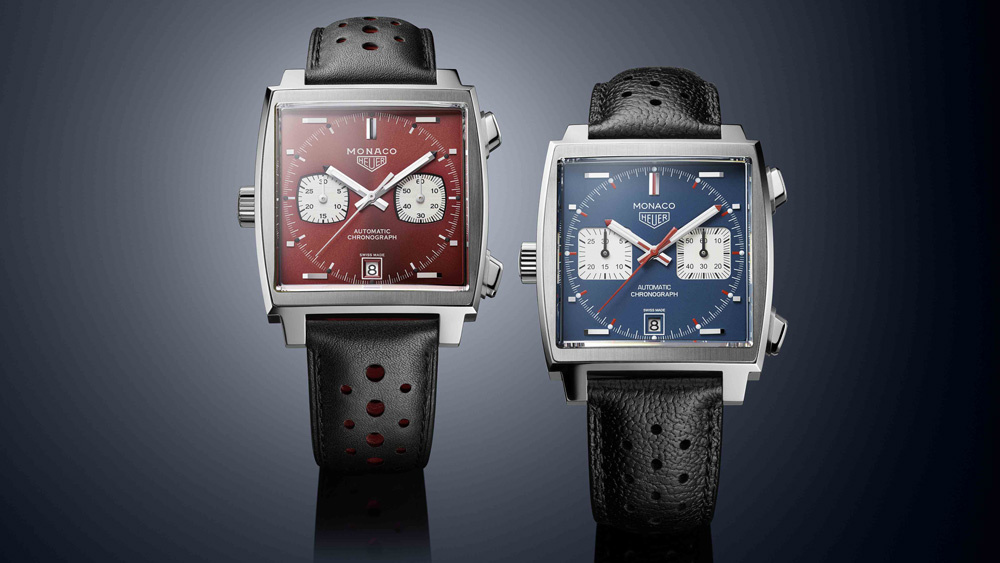 As horological icons go, the Heuer Monaco wristwatch worn by actor Steve McQueen—aka the “King of Cool”—in the 1971 film Le Mans is an undisputed collector darling, right up there with another automotive watch classic, the Rolex “Paul Newman” Daytona. So it’s hardly surprising that TAG Heuer has made a big deal out of the model’s golden anniversary this year.

To properly toast the square-cased 1969 original, whose complete story appears in a new book titled Paradoxical Superstar, the brand has created five limited editions, one for each of the five decades since Jack Heuer famously introduced the unconventional design. The first of these models, inspired by the years 1969 to 1979, made its debut at the Monaco Grand Prix in May, while the second limited-edition piece, celebrating the period from 1979 to 1989, was presented in mid-June at a party in Le Mans, France, where guests, including Steve McQueen’s son, Chad McQueen, attended a special screening of the film.

In keeping with the 1980s theme, the Monaco 1979-1989 Limited Edition features a bold red dial with black and white accents and sunray finishing on a black calfskin strap punctured with holes lined in red. Encased in stainless steel, the model retains its iconic square silhouette, as well as offbeat touches, such as pushers positioned on the right of the case and the crown on the left.

The piece is a vintage throwback in looks only; it runs on a 21st-century movement, the celebrated Calibre 11, a modern version of the automatic-winding chronograph movement that made its debut inside the original Monaco in 1969. Limited to 169 pieces, each priced at around £5,200, the model features a caseback engraved with the “Monaco Heuer” logo as well as the words “1979-1989 Special Edition” and “One of 169”.

Last but not least, the piece comes packaged in a dark blue box with horizontal chequered-pattern stripes and a deep red interior to match the fiery colour of the dial.